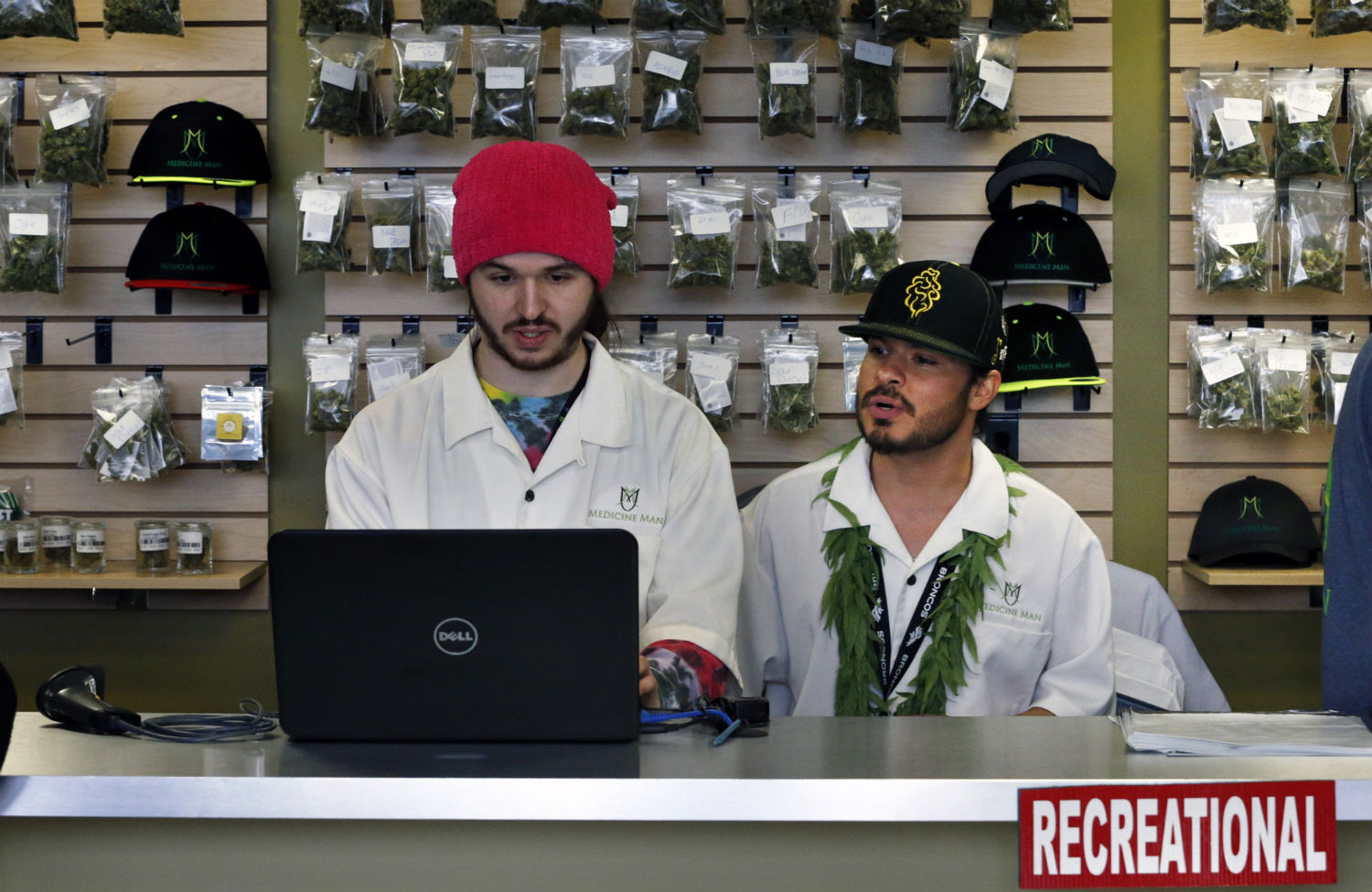 Attorney General Eric Holder announced Thursday that the Obama administration will “very soon” issue some regulations that would make it easier for commercial banks to do business with legal marijuana operations—a seemingly small change, but one that could be seminal in launching legal marijuana into the mainstream.

Currently, state-sanctioned marijuana outfits essentially have no access to normal venues for banking and finance. Banks worry that accepting deposits from legal marijuana operations, or giving them loans, could expose the bank to legal or regulatory action, given the patchwork set of laws that make marijuana illegal on the federal level, even if certain states have legalized it.

This is, naturally, a huge problem for commercial marijuana retailers—how can you launch and run a business without any loans? They also often have to pay bills and employees in cash, which is difficult from a logistical perspective.

But the real trick is what to do with the all the money they make, since banks won’t take it. Some retailers pay armored trucks to ferry the money around to different locations, thought the Drug Enforcement Agency has reportedly been pressuring armored truck companies not to do so. Some merchants deposit the money in a bank without making explicit where it’s from, which puts the money at risk should the bank figure it out. (One merchant in Colorado told The New York Times he sprays his cash with Febreze before depositing it to disguise the odor of marijuana.)

At the University of Virginia on Thursday, Holder cited the problem of undeposited cash and suggested changes are on the way. “You don’t want just huge amounts of cash in these places. They want to be able to use the banking system,” he said. “There’s a public safety component to this. Huge amounts of cash, substantial amounts of cash just kind of lying around with no place for it to be appropriately deposited, is something that would worry me, just from a law enforcement perspective.”

Holder added that “we will be issuing some regulations I think very soon to deal with that issue.” If indeed the government makes the right changes, operating recreational marijuana outlets in states that allow it could become a much more normal, and mainstream, venture. It would also be a milestone in the drug’s growing acceptance in the United States. (Recall that earlier this week The New Yorker released an interview with President Obama in which he called marijuana potentially less dangerous than alcohol “in terms of its impact on the individual consumer.” Regarding new laws in Colorado and Washington that allow recreational marijuana economies, Obama said, “It’s important for it to go forward.”)

But there are of course many potential complications. The New York Times reported that the looming changes may not actually allow banks to accept deposits or extend loans but would simply tell prosecutors not to “prioritize” those cases.

If true, that likely won’t be enough reassurance for banks. How do they know that once they have loans outstanding to marijuana retailers, Ted Cruz won’t be elected president in 2016 and simply change the prosecution directive? “Banks will need a lot of detail from regulators to get the satisfaction and comfort they are looking for,” Richard Riese, senior vice president for regulatory compliance at the American Bankers Association, told the Times.

Moreover, marijuana is still classified by the federal government as an illegal narcotic. That remains the central problem when trying to normalize its commercial usage—but one that some members of Congress are trying to change.

Representative Earl Blumenauer, a Democrat from Oregon, lauded potentially eased banking restrictions as “an important step toward fixing federal policy toward marijuana.” But, he continued, “the next step is removing marijuana from Schedule I of the Controlled Substances Act. I am circulating a letter with my Congressional colleagues to send to the President asking him to do just that.”