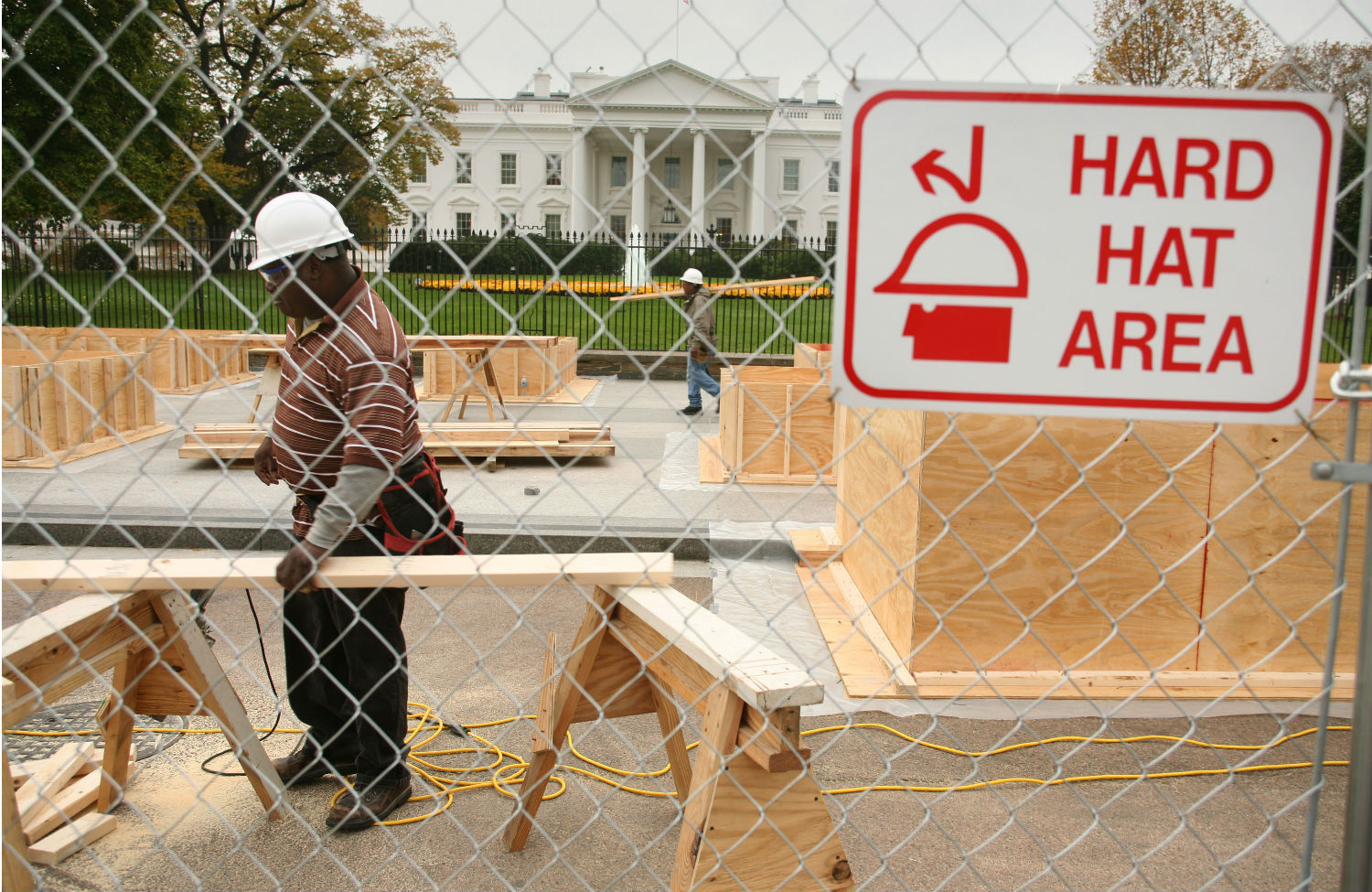 In an era in which our political system is dominated by plutocracy, grassroots social movements are essential for progressive change. But too often our movements find themselves at loggerheads over the seemingly conflicting need to preserve our environment and the need for jobs and economic development. How can we find common ground?

The problem is illustrated by the current proposal of the Dominion corporation to build a Liquefied Natural Gas export facility at Cove Point, Maryland, right on the Chesapeake Bay. Seven hundred people demonstrated against the proposal and many were arrested in three civil disobedience actions. But an open letter on Dominion letterhead endorsing the project—maintaining it will “create more than 3,000 construction jobs” most of which will go “to local union members”—was signed not only by business leaders but by twenty local and national trade union leaders.

In the struggle over the Keystone XL pipeline, which has been described as the “Birmingham of the climate movement,” pipeline proponents have been quick to seize on the “jobs issue” and tout support from building trades unions and eventually the AFL-CIO. In a press release titled “U.S. Chamber Calls Politically-Charged Decision to Deny Keystone a Job Killer,” the Chamber of Commerce said President Obama’s denial of the KXL permit was “sacrificing tens of thousands of good-paying American jobs in the short term, and many more than that in the long term.” The media repeat the jobs vs. environment frame again and again: NPR’s headline on KXL was typical of many: “Pipeline Decision Pits Jobs Against Environment.” A similar dynamic has marked the “beyond coal” campaign, the fracking battle and EPA regulation of greenhouse gasses under the Clean Air Act. Those who want to overcome this division must tell a different story.

One starting point for that story is to recognize the common interest both in human survival and in sustainable livelihoods. To paraphrase Abraham Lincoln, if God had intended some people to fight just for the environment and others to fight just for the economy, he would have made some people who could live without money and others who could live without water and air. There are not two groups of people, environmentalists and workers. We all need a livelihood and we all need a livable planet to live on. If we don’t address both, we’ll starve together while we’re waiting to fry together.

Such a frame is illustrated by a two-year-old coalition that includes the Connecticut AFL-CIO and a variety of labor unions, community organizations, religious groups and environmentalists called the Connecticut Roundtable on Climate and Jobs. Its starting point is “the need to build a sustainable economy with good-paying jobs here in Connecticut while reducing the threat of climate disruption here and around the world.” It rejects the “false choice” of “jobs vs. the environment.” It seeks to build “a worker-oriented environmental movement that supports a fair and just transition program to protect not only the environment, but also the livelihoods of working people.” There is an initiative in Maryland to start a Sustainability Roundtable that would bring similar players together around their common long-term interest in a sustainable Maryland.

Within such a common frame it becomes easier to build alliances around specific issues in the real world. For example, through the Roundtable on Climate and Jobs, Connecticut unions joined with environmental, religious and community groups to fight for renewable energy standards that create local jobs and reduce pollution by shifting from fossil fuels to renewables, energy efficiency and conservation. Elsewhere, workers in the transportation industry have joined with environmentalists to advocate shifting from private to public transportation—something that would create large numbers of skilled jobs, greatly reduce greenhouse gasses and local pollution, and save money for consumers.

But what about areas of conflict like the Dominion Cove Point LNG plant or the Keystone XL pipeline? A crucial strategy here is to seek win-win solutions before conflicting positions become irredeemably entrenched. A study by the Labor Network for Sustainability called “Jobs Beyond Coal: A Manual for Communities, Workers, and Environmentalists” found that in a number of cases unions representing workers in coal-fired power plants have actually supported the planned closing of their highly polluting workplaces—because environmentalists and government officials worked with them to ensure a “just transition” in which workers livelihoods and the needs of their communities were addressed. Another study, “The Keystone Pipeline Debate: An Alternative Job Creation Strategy”, by LNS and Economics for Equity and Environment, showed that far more jobs for pipeline workers could result from fixing failing water and sewer pipelines than from the Keystone XL project.

Similarly, climate protection activists pressing colleges and municipalities to divest from fossil fuels are starting to advocate that the funds divested from fossil fuel companies be invested in local job-creating climate protection. Indeed, every environmental campaign should have a jobs program and every jobs program should be designed to address our climate catastrophe.

While concrete, on-the-ground solutions are essential for knitting together labor and environmental concerns, our movements also need to evolve toward a common program and a common vision.

We can present such initiatives as exemplars of a broad public agenda for creating full employment by converting to a climate-safe economy. There are historical precedents for such programs. Just as the New Deal in the Great Depression of the 1930s put millions of unemployed people to work doing the jobs America’s communities needed, so today we need a “Green New Deal” to rebuild our energy, transportation, building and other systems to drastically reduce the climate-destroying greenhouse gas pollution they pour into the air. Mobilization for World War II provides an even more dramatic illustration of rapid economic transformation that created massive employment while halting production for some purposes and radically expanding it for others.

Such a shared program would end the “jobs versus environment” conflict because environmental protection would produce millions of new jobs and expansion of jobs would protect the environment. Such a program provides common ground on which both labor and environmentalists can stand.

Such a program can also be the centerpiece of a larger shared vision of a new economy. After all, just expanding the kind of economy we have will just expand the problems of inequality and environmental catastrophe our current economy is already creating. The ultimate solution to the “jobs vs. environment” dilemma is to build a new economy where we all have secure livelihoods based on work that creates the kind of sustainable world we all need.

Read more of The Nation's special #MyClimateToo coverage:
Mark Hertsgaard: Why TheNation.com Today Is All About Climate
Christopher Hayes: The New Abolitionism
Naomi Klein: The Change Within: The Obstacles We Face Are Not Just External
Dani McClain: The ‘Environmentalists’ Who Scapegoat Immigrants and Women on Climate Change
Mychal Denzel Smith: Racial and Environmental Justice Are Two Sides of the Same Coin
Katrina vanden Heuvel: Earth Day’s Founding Father
Wen Stephenson: Let This Earth Day Be The Last
Katha Pollitt: Climate Change is the Tragedy of the Global Commons
Michelle Goldberg: Fighting Despair to Fight Climate Change
George Zornick: We’re the Fossil Fuel Industry’s Cheap Date
Dan Zegart: Want to Stop Climate Change? Take the Fossil Fuel Industry to Court
Jon Wiener: Elizabeth Kolbert on Species Extinction and Climate Change
Dave Zirin: Brazil’s World Cup Will Kick the Environment in the Teeth
Steven Hsieh: People of Color Are Already Getting Hit the Hardest by Climate Change
John Nichols: If Rick Weiland Can Say “No” to Keystone, So Can Barack Obama
Michelle Chen: Where Have All the Green Jobs Gone?
Peter Rothberg: Why I'm Not Totally Bummed Out This Earth Day
Leslie Savan: This Is My Brain on Paper Towels