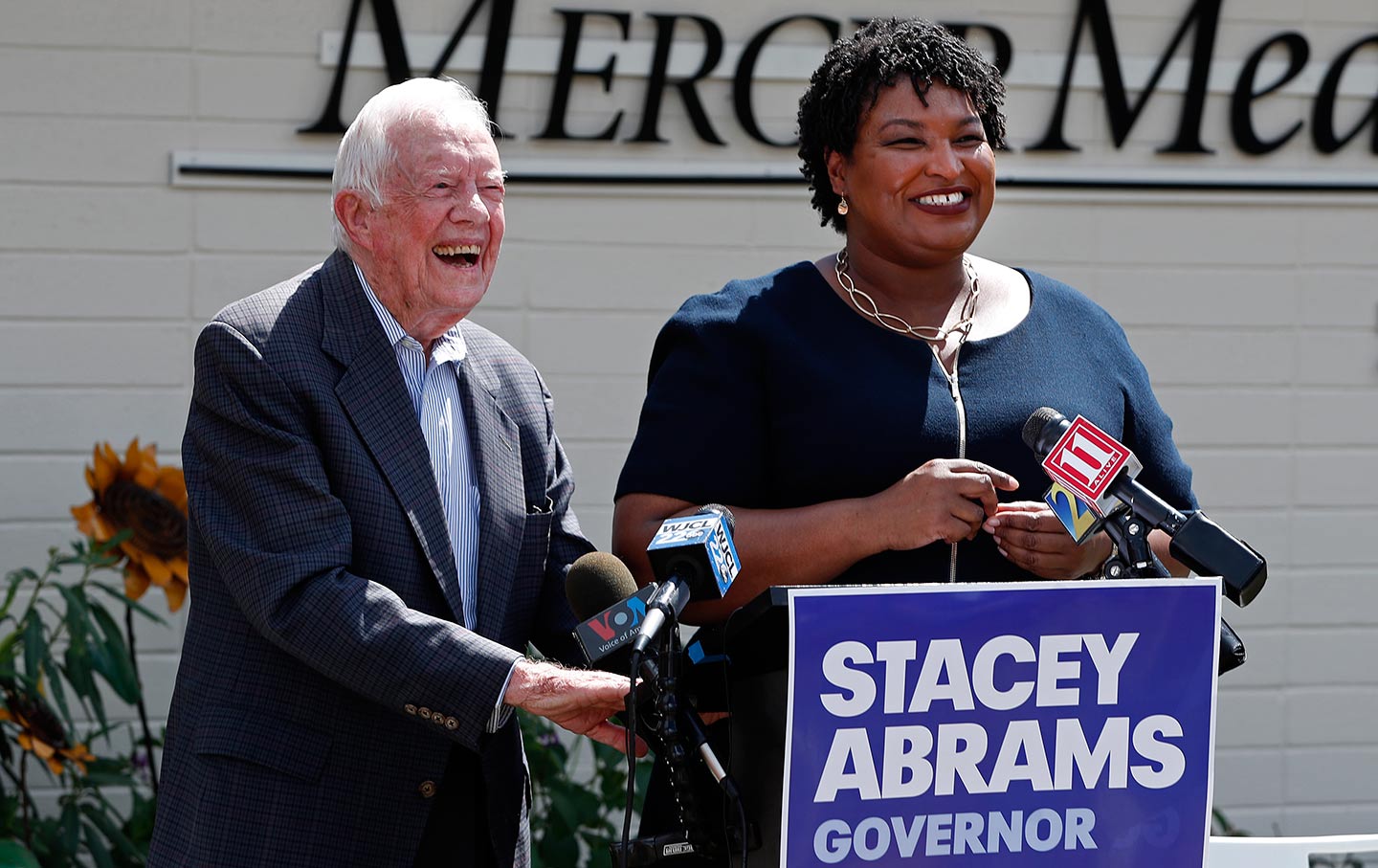 Former president Jimmy Carter is one of the foremost advocates for fair elections in the world. His Carter Center has led global efforts to advance democratic elections and governance consistent with universal human rights. Carter is also a former state senator and governor who has run, and won, high-stakes election contests in his home state of Georgia and, as a presidential contender, in states across the country.

By any measure, this is a man who knows whereof he speaks when he discusses the necessary elements for maintaining confidence in elections. So the fact that Carter is worried about the role that partisan secretaries of state are playing in the midterm elections of 2018 should concern us all.

His worries have led him to intervene with a specific call for action just one week before the nation votes on November 6. In a letter released on Monday, Carter expressed deep concerns regarding Georgia Secretary of State Brian Kemp’s oversight of an exceptionally close and contentious gubernatorial election in which Kemp is the Republican nominee. Carter warned Kemp that “popular confidence is threatened not only by the undeniable racial discrimination of the past and the serious questions that the federal courts have raised about the security of Georgia’s voting machines, but also because you are now overseeing the election in which you are a candidate.”

With this is mind, Carter called on Kemp to “step aside and hand over to a neutral authority the responsibility of overseeing the governor’s election.”

"One of the key requirements for a fair and trusted process is that there be nonbiased supervision of the electoral process." —President Carter

This is a reasonable and necessary demand, given what has already played out in Georgia this fall. Kemp is locked in a tight race with veteran Georgia legislator Stacey Abrams, who hopes to become the state’s first African-American governor. Alarm bells went off when, just weeks before Election Day, the secretary of state put over 53,000 voter applications—an estimated 70 percent of them from African Americans—on hold. Kemp’s office relied, among other things, on the state’s controversial “exact match” verification program to potentially disenfranchise more than enough voters to tip the balance of a gubernatorial election in which Kemp is participating, and in which recent polls suggest the candidates are close to or actually tied.

Kemp and his allies claim the crisis is “manufactured.” Civil rights groups and veteran democracy advocates such as National Urban League president Marc Morial and Barbara Arnwine, the executive director of Transformative Justice Coalition and a commissioner (with this writer) of the National Commission on Voter Justice, disagree. That they now have Carter on their side is vital for the champions of voting rights in Georgia.

But this is not just about Georgia. Carter’s letter should go national, and be seen as a call for the setting of standards as regards the role of secretaries of state in elections where they—or their close partisan allies—are competing. It is outrageous, for instance, that Kansas Secretary of State Kris Kobach, a man who has spread outrageous lies about supposed “illegal voting,” and who has schemed with President Trump to use those lies as a basis for restricting voting rights, did not step aside at the beginning of his campaign this year for governor of that state. It is similarly outrageous that secretaries of state across the country are busy implementing controversial election rules and practices that could influence elections in which they and their political partners are 2018 contenders.

As partisan secretaries of state have played politics this year, they have created a crisis of confidence. That crisis is intensifying as the 2018 election cycle crashes toward its conclusion. (Or in the case of Georgia, where a runoff is required if no candidate clears the 50 percent mark, potentially December 4. The prospect that Kemp and Abrams could face each other twice this fall only strengthens the argument for recusal.)

Carter’s intervention is an essential one. His words, brief and to the point, should be considered by every America who worries about, and wants, fair elections:

To Secretary of State Brian Kemp:

I have officially observed scores of doubtful elections in many countries, and one of the key requirements for a fair and trusted process is that there be nonbiased supervision of the electoral process.

In Georgia’s upcoming gubernatorial election, popular confidence is threatened not only by the undeniable racial discrimination of the past and the serious questions that the federal courts have raised about the security of Georgia’s voting machines, but also because you are now overseeing the election in which you are a candidate. This runs counter to the most fundamental principle of democratic elections—that the electoral process be managed by an independent and impartial election authority. Other secretaries of state have stepped down while running for election within their jurisdiction, to ensure that officials without a direct stake in the process can take charge and eliminate concerns about a conflict of interest.

In order to foster voter confidence in the upcoming election, which will be especially important if the race ends up very close, I urge you to step aside and hand over to a neutral authority the responsibility of overseeing the governor’s election. This would not address every concern, but it would be a sign that you recognize the importance of this key democratic principle and want to ensure the confidence of our citizens in the outcome.