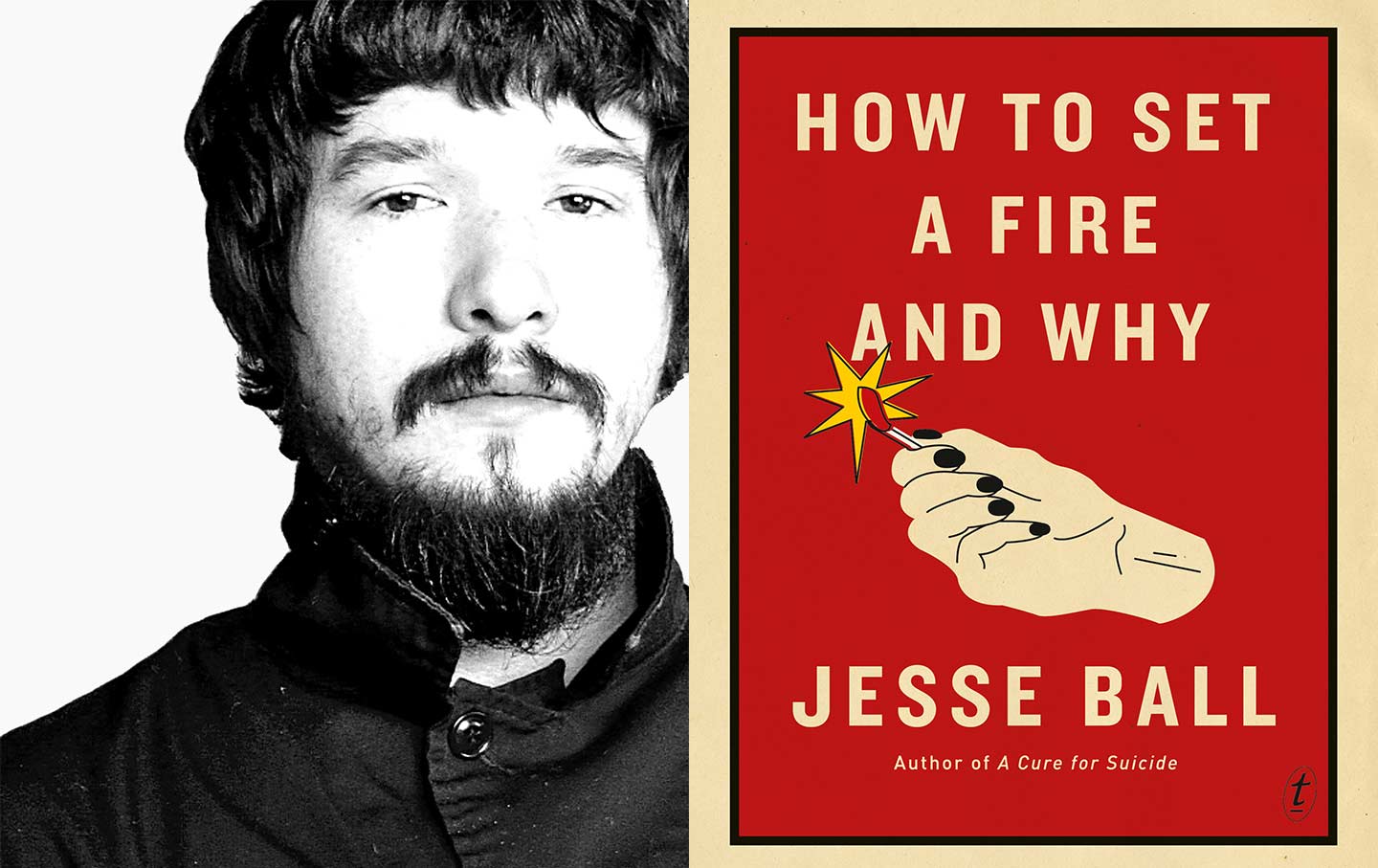 Lucia, the teenage protagonist of Jesse Ball’s new novel How to Set a Fire and Why, is, like so many of us were around that age, alienated, lonely, and interested in destroying massive amounts of property. She attains that interest by finding out that her new school has an arson club. She wants to be one of them, badly, and mainly because she doesn’t like rich people. Her targets of accumulated wealth are, thus, real estate. However, once she joins the arson club, she finds the arson gratifying but their motives silly—she ends up rebelling against the supposed rebels. She’s alone. She burns things for her own reasons.

She’s the universal teenage malcontent, with slightly loftier goals. Like Holden Caulfield, the character with whom she will be inevitably compared, she’s compelled by an idea of rebellion that isn’t totally thought-out yet. She’s the kind of kid we all wanted to be—an unappreciated but slightly unhinged genius. And, as in Catcher in the Rye, Lucia’s depiction is saved from being obnoxious by an excellent prose style.

Ball puts a very intriguing voice in her head. Her speech is kind of a cross between a character from Mean Girls and a John Ashbery poem. It’s littered with modifiers like “awesome,” “shitty,” and “totally,” but it also gets loopy and mannered, as when she writes, “We have when we see people prevented from having what is necessary and least” in an arsonist’s manifesto.

Perhaps rooting for her comes from the recognition that her world is odd. It’s sort of our world, but not. It’s stylized and minimal. Social media, which are the current primary motor of all teenage life, are totally absent. So is the Internet as a whole. People are occasionally described as being “on their phones,” but this is just a little dash of verisimilitude. It impacts nothing. There’s no news of the world beyond Lucia’s life.

In fact, much else is mysterious. Also omitted are the basic facts of Lucia’s life. Her mother is in a mental hospital, but we never find out why. Nor do we find out how her father died. We never find out why her father’s Zippo is so precious that Lucia stabs a fellow student with a pencil for touching it.

This ultra-minimalism is in keeping with Ball’s previous novels. His settings are dark, sketchy, and unrealistic by dint of what’s held back. His gorgeous first novel, Samedi the Deafness, is a conspiracy story that takes place in a world where, somehow, the conspirators manage to commit suicide on the White House lawn every day without the Secret Service figuring out how to stop it. In another novel, The Curfew, the hero is a man in an unnamed, war-torn country who makes a living by writing epitaphs.

Ball is clearly interested in omission—he likes cultivating a haze around his fiction. There’s menace, but it’s not clear how exactly the menace got there, or what it wants. Strangely, this ends up making the menace feel more real than reality.

This is the way How To Set a Fire and Why operates—Lucia is a chatty, palpable protagonist operating under a linguistic spotlight in a world of shadows. It’s a lovely portrait of teenage rebellion that’s all the more complete for containing few details of the teenage world. If Ball, instead of building his own landscape, had imported more ready-made signifiers that we’re familiar with—like having Lucia using Tumblr or Twitter, or having her trumpeting the virtues of the Weather Underground rather than inventing her own anarchic philosophy, that would water things down. When you include the Internet in fiction, you automatically bring in a sprawl of connotations and involuntarily commentary. This can enrich but also distract.

Instead, How to Set a Fire and Why maintains a laser focus; it’s completely about being in Lucia’s mind in each moment. You’re in a cocoon with her, where none of the concerns of your own life enter. It attains the lonely quality of Beckett, but without the same drab, endless darkness. You inhabit it fully. By the end, Lucia’s desire for freedom—for finding self-determination away from dithering adults, not-quite-peers, and the town she lives in—feels like your own desire for freedom.

The novel feels like a depiction of universal feelings of alienation. Even though the Internet isn’t included, the book is a great evocation of the feeling of looking at your Facebook feed and being astonished at how little your preferences are reflected in the world—how strange it is what other people live for, or how many crises are unfolding that you can’t do anything about. The experience captures you entirely because Lucia doesn’t have a baroque backstory—she’s a protagonist who’s vivid in the present tense alone.

This dreaminess is part of what makes Ball a special writer. Unfortunately, the other reason he’s a special writer is that he has a taste for gimmickry. His fiction is littered with odd devices of varying quality. How to Set a Fire and Why is no exception. During one section, for example, Ball briefly divides the narrative into two streams, occurring in alternating chapters—Lucia’s prediction of the coming events, and then those events as they actually occur. There are other vaguely Cubist distractions of this kind. It’s super-tedious. One gets the feeling that Ball was worried that his novel would be branded as young-adult fiction, rather than literary fiction. But these sections are just nonspecifically artsy.

Instead, Ball is most effective when he’s least artful, as in Lucia’s occasional sprees of existential bile: “The whole thing about people living on in memory is a crock of shit.… We’re just running down a fucking slope carrying these little flags, and one by one we get shot and we slump and our little flags are in the mud and no one picks them up.” This is adolescent in a good way.

Ultimately, despite the occasional smarty-pants foofaraw, How to Set a Fire and Why is a success, because, at its best, it uses its extreme literary minimalism to the end of comic-book rawness. Ball obviously cares about Lucia. Her individuality survives every attempt to crush it, of which there are many. She does find freedom after a fashion. Maybe this is because Lucia seems suspiciously like Jesse Ball himself. She loves Kafka, Ball’s obvious main literary influence. She loves Erik Satie and My Dinner with Andre, which very much seem like names you’d see checked on an experimental writer’s online-dating profile. In the weirder moments of her prose, she sounds like nothing so much as Ball’s previously published poetry.

If Lucia really is Ball transmogrified, I understand the impulse behind that. Sometimes it’s easier to send somebody a GIF of a panda rather than tell them you like them—sometimes your own face isn’t the best for your own expression. Probably, Jesse Ball occasionally feels that youthful urge to reject the world—maybe even to raze the whole thing. Ball’s gamble is that the odd story of a young woman is the most effective way to convey that feeling. It pays off.