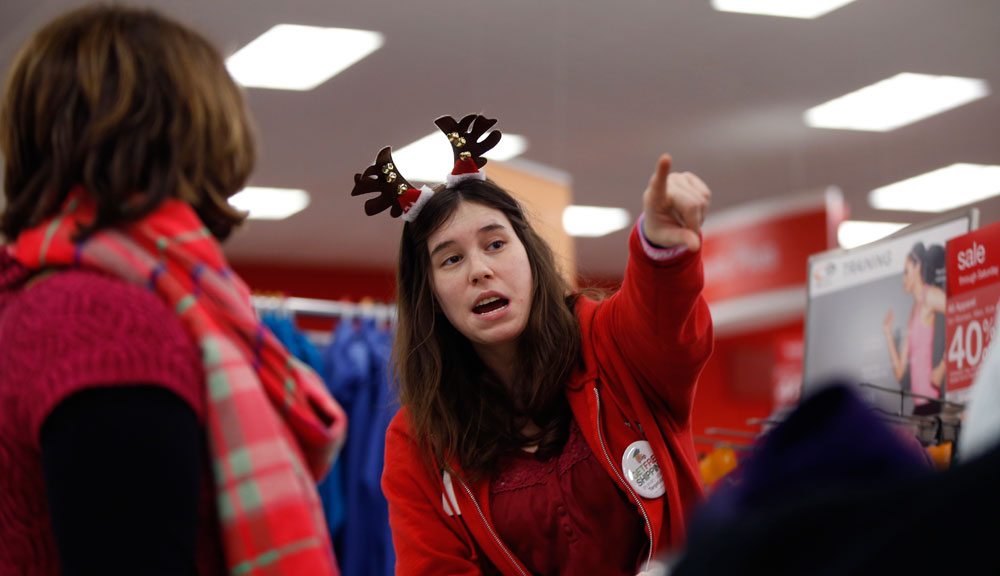 Now that the Thanksgiving holiday is done, the discussion about forcing people to work on holidays should be ramping up—not dying down. There is no question that thousands of retail workers were placed in untenable and abusive circumstances by retailers and restaurants that opened on Thanksgiving or at absurdly early hours on “Black Friday.” But the untenable and abusive circumstances will continue throughout December, a month of multiple religious and community holidays and immense pressure by corporate retailers on their employees.

So, instead of simply celebrating the firms that did treat their workers well or condemning the firms that did not, it is time to turn up the volume on demands for workplace standards—and to recognize them as essential complements to demands for living-wage pay. “Erratic, constantly changing schedules aren’t just a nightmare for workers, they’re bad for business,” says national Jobs With Justice Executive Director Sarita Gupta, who argues that there is a crying need to “adopt 21st-century policies that keep up with the changing nature of today’s workplace.”

San Francisco—where voters in November approved a series of increases that will result in a city minimum wage of $15 an hour—is in the process of establishing needed protections for workers in chain stores and restautants. Last week, the San Francisco Board of Supervisors unanimously backed a “Retail Workers Bill of Rights” which combined several pieces of legislation with an eye toward

Employers will be required to provide two to four hours of pay to an employee at his/her regular rate of pay when she/he is required to be “on-call” for a specified shift but the employer cancels the shift with less than 24 hours’ notice.

Employers will be prohibited from discriminating against an employee with respect to their starting rate of pay, access to employer-provided paid and unpaid time off, or access to promotion opportunities.

If an employer’s company is bought or sold, the workers must keep on at their jobs for at least a 90-day trial period.

“All families need strong wages, stable hours and sane schedules to build a good life,” explained Jobs With Justice San Francisco Executive Director Gordon Mar, whose group played a critical role in promoting the bill or rights. “But too many of our neighbors who serve our food, stock our shelves and sweep our floors have jobs that grant too few hours on too short notice and require them to be at the beck and call of their employers.”

The San Francisco model for “Jobs With Just Hours” needs to go national. There has already been progress at the federal level, where Congressman George Miller, D-California, and Congresswoman Rosa DeLauro, D-Connecticut, have introduced the “Schedules That Work Act” (HR 5159). A parallel measure has been introduced in the Senate by Iowa Democrat Tom Harkin.

The federal initiative has attracted significant support from the AFL-CIO and major unions, as well as the National Organization for Women and dozens of activist groups working on equal pay and workplace issues. The House measure has more than 40 cosponsors, while Democrats Tammy Baldwin (Wisconsin), Sherrod Brown (Ohio), Edward Markey (Massachusetts), Chris Murphy (Connecticut) and Elizabeth Warren (Massachusetts) have cosponsored the Senate measure, (One of them will have to pick it up in the next Senate, as Harkin is retiring, as is Miller in the House.)

The unfortunate reality is that action on workplace issues, like action on a meaningful increase in the minimum wage, will be hard to come by in the next Congress. But states and communities can pick up on the San Francisco initiative.

And the federal government can send the right signal.

Before the Thanksgiving holiday, Congressman Steve Israel, D-New York, asked Secretary of Labor Tom Perez to “encourage companies to: 1) first ask for volunteers to work on Thanksgiving Day; and 2) provide overtime or holiday pay for those who work. At your earliest convenience, please advise how you will work on these efforts.”

That encouragement should be extended, especially in the coming weeks—a time when retail workers will be under immense pressure.

Minnesota Congressman Keith Ellison, the co-chair of the Congressional Black Caucus who has signed on to Israel’s letter, is right when he says retail workers should be properly compensated for working on holidays.

Ellison makes an important point when he explains that “we can give thanks to working Americans by paying them fairly.”