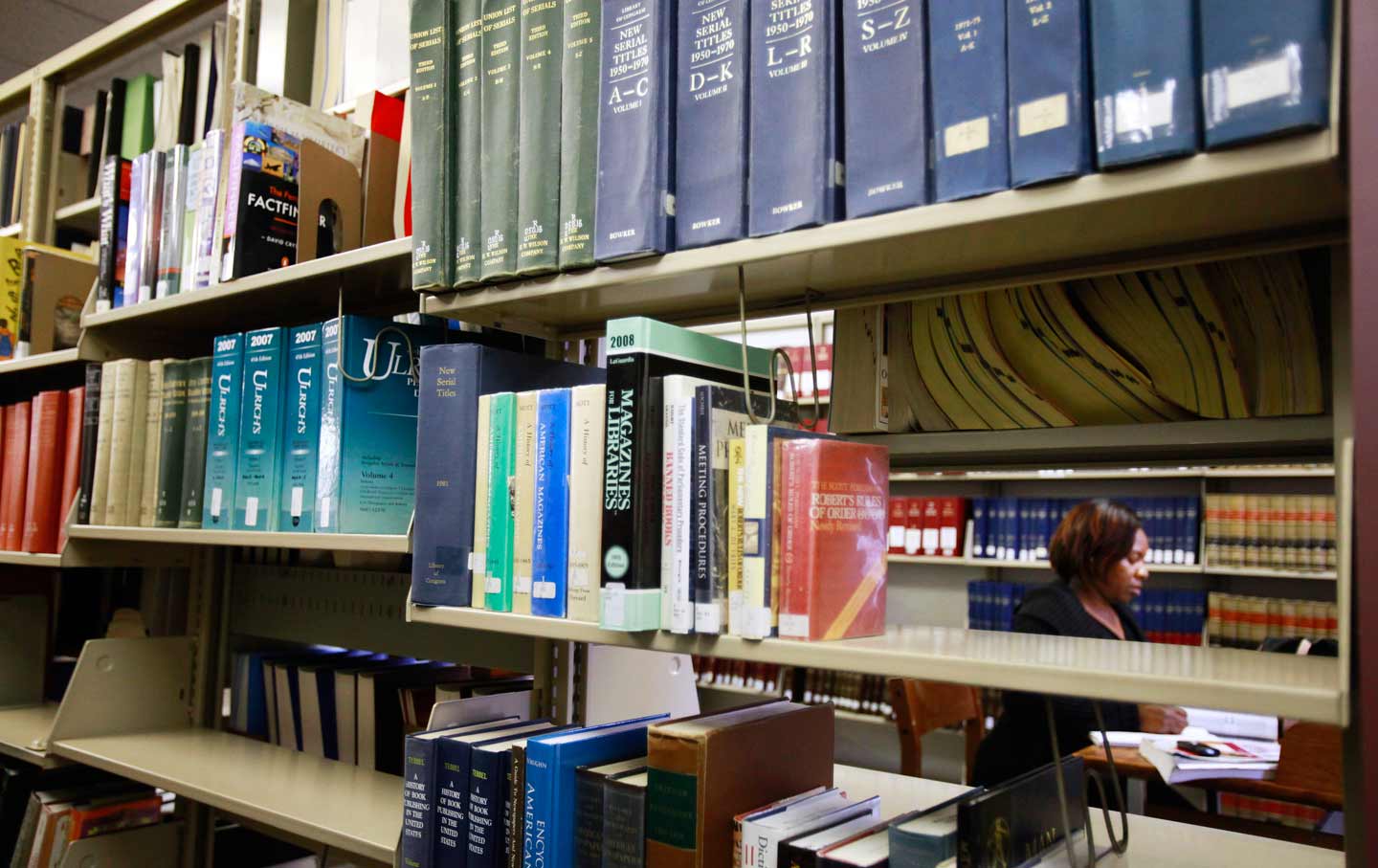 When it comes to climate change, many American students are learning inaccurate information, or nothing at all. Barely half of middle- and high-school students surveyed by researchers at Yale University in 2011 said that global warming was happening. Some of the misinformation is coming from teachers: At least 30 percent of science teachers are telling their students that climate change “is likely due to natural causes,” a major survey found early this year. It’s also coming from textbooks, many of which describe climate change in terms of uncertainty and doubt.

Last month, the school board in Portland, Oregon, unanimously approved a resolution intended to ensure robust, accurate climate-change instruction throughout the district. “It is essential that in their classes and other school activities students probe the causes and consequences of the climate crisis—as well as possible solutions—in developmentally appropriate ways, and, from pre-K through 12th grade, become ‘climate literate,’” reads the resolution. Board members and other supporters said they were responding to complaints that climate change was taught unevenly, often siloed into advanced elective courses taken by a fraction of students. “Portland Public Schools does not currently have a strategy for helping district educators to develop or to implement curriculum on the climate crisis,” reads the resolution, which calls on the superintendent to work with teachers and students to create one.

The resolution might not have attracted national media attention if not for its final directive: that the district review its textbooks and “abandon the use of any adopted text material that is found to express doubt about the severity of the climate crisis or its root in human activities.” As an example, supporters of the resolution pointed to a passage from the text Physical Science: Concepts in Action that reads, “Carbon dioxide emissions from motor vehicles, power plants, and other sources may contribute to global warming.” (Emphasis mine.)

Now Portland is facing a media backlash and accusations of censorship. The editorial board of The Oregonian deemed the resolution “a form of indoctrination,” because it emphasizes environmental justice. The Heartland Institute, one of the country’s preeminent peddlers of industry-funded malarky, dismissed it as “nonsense, ignorance, petty tyranny, and moral preening,” as well as a precursor to book burning. More significant are the “serious concerns” raised by the nonpartisan National Coalition Against Censorship, which often weighs in against ideological meddling in public education. “The resolution is dangerously over-broad,” the NCAC wrote, and is “undermined by the appearance that its adoption was driven primarily by political pressure”—a reference to the fact that environmental groups, particularly the local branch of 350.org, were involved in its development along with students, parents, and teachers.

Portland is not the first place to reconsider its textbooks and whether they accurately reflect the scientific consensus on global warming. Education groups in Texas successfully persuaded textbook publishers to revise misleading statements about climate science in a number of social-science texts they’d submitted for review in 2014; because the publishers did so voluntarily, the school board did not have to weigh in. Leah Qusba of the Alliance for Climate Education says that Portland is part of a positive trend of states and districts moving to include more climate education in their curriculums. Sixteen states have adopted new federal guidelines for science education that include climate-change curriculum. (Oregon is one of them, a fact NCAC highlighted to make the case that Portland’s resolution is “unnecessary.”) The US Conference of Mayors passed a resolution last year to encourage cities “to bring climate education to their schools,” and in April, the New York City Council passed its own resolution calling on the state to ensure climate change is taught in the K-12 curriculum.

But Portland would be one of the first districts to deliberately seek out and eliminate certain texts because of their presentation of climate change. “I think this is a close call,” Jann Carson, the associate director of the ACLU of Oregon, said when asked if the policy amounts to censorship. “A lot of textbook choices do come down somewhat to viewpoint,” she said. Carson doesn’t interpret the resolution as affecting books in the library or class discussions, which would raise constitutional problems. But she did criticize the resolution for being “fairly vague and fairly broad.” That’s created confusion about how the resolution will be applied. For instance, the NCAC raised the prospect that social-studies texts that describe climate change as contested politically, rather than scientifically, will also be banned.

Supporters of the resolution say their primary intent is to magnify the conversation about climate change, not to suppress it, while also making sure that official texts reflect the current scientific consensus around global warming. “We’re expanding the discussion…a discussion that, yes, will be based on accurate science,” said Mike Rosen, the board member who introduced the resolution. Tim Swinehart, who teaches social studies at Lincoln High School, described the resolution not as a ban on certain books but a directive for the district to update its teaching materials. Some of the textbooks in question are a decade old, and climate science has changed since they were written, he noted. “We want to make sure that the official curriculum is accurate,” Swinehart said.

“The resolution is not at all intended to eliminate from the curriculum texts that describe the ‘political debate around fossil fuels and climate change’—and it is disingenuous to suggest this, given that this is nowhere in the resolution,” former Portland public-school teacher Bill Bigelow, who helped write the resolution, explained in an e-mail. He also bristled at NCAC’s critique that the development of climate curriculum “should be left to those who teach about it,” rather than elected board members. In fact, that’s exactly what the resolution calls for—for an implementation plan to be developed by the superintendent in collaboration with teachers and students.

Considering how much depends on how the resolution is implemented, accusations of censorship are at the very least premature. Carson of the Oregon ACLU noted that in other debates about censorship and science, especially those involving intelligent design, the civil-liberties group has supported the exclusion of pseudoscience. “Science class should be based on the latest scientific theories,” she said. “It’s important to know when something is controversial [politically], but that doesn’t necessarily mean the controversy should be taught in the science class.” Certainly, controversy shouldn’t be manufactured there.

Gabby Lemieux, a student at Lincoln, said that the response to the resolution from her classmates has been positive. Lemieux attended an ecology-focused summer camp last summer, and what she learned about climate change in just two weeks there far outstripped what she’d learned in all her years of school. According to Tim Swinehart, the resolution wouldn’t have happened without pressure from students like Lemieux. “I hope that people see the true intention of it. It’s been misinterpreted as a censorship thing, but it’s about opening up a discussion,” Lemiex said. “It’s frustrating to see people say this discussion should be left to people who are experts, because it’s everybody’s problem.”