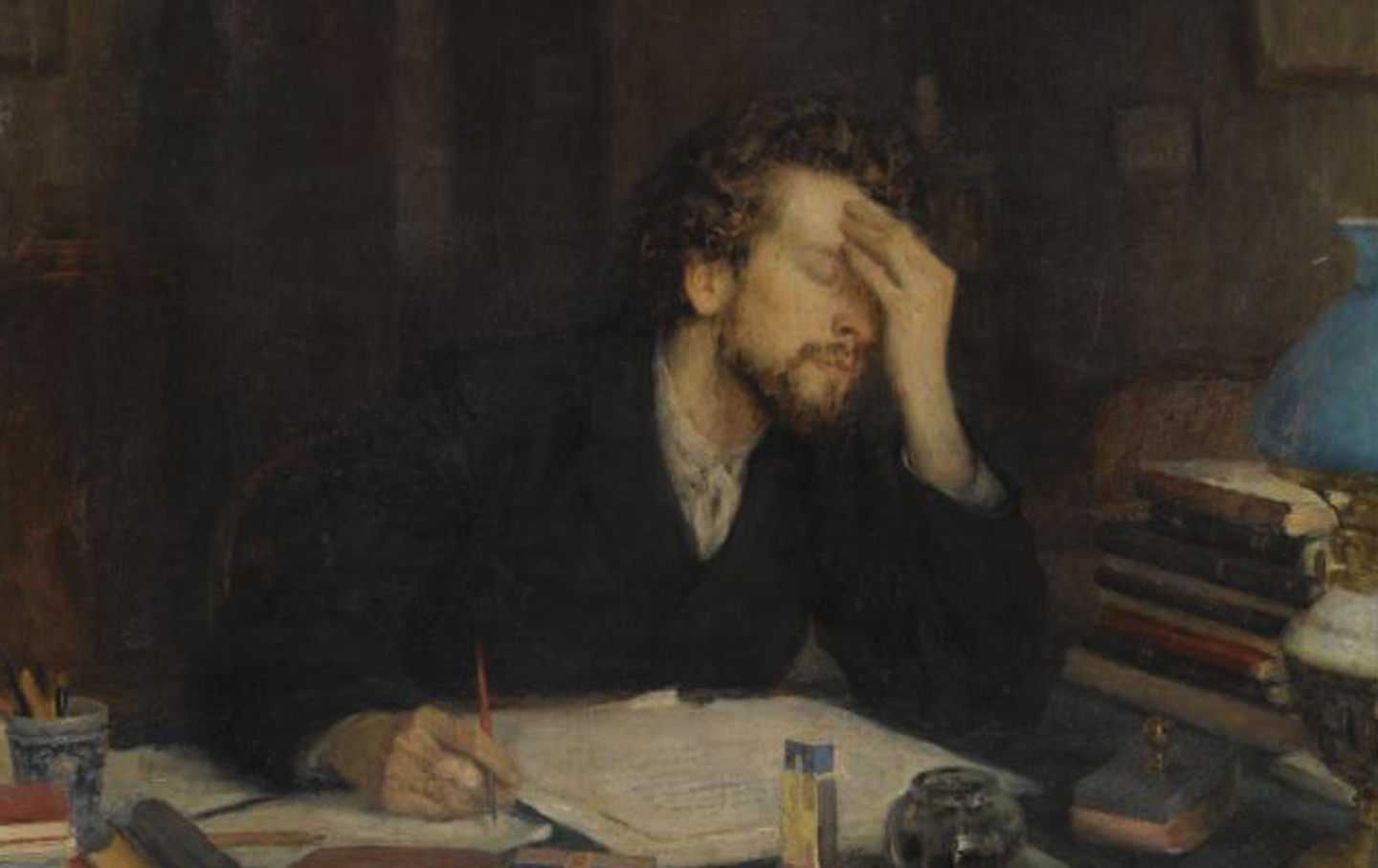 In the short run, I think, the intellectual satisfaction that came of doing criticism and philosophy as an undergraduate put a damper on the instinctive feeling I had for fiction writing. The rigorous instruction I received in the forms and structures and tropes of literary composition was all analytical and perhaps induced a degree of self-consciousness about my own aspirations. The great philosophical questions were by turns thrilling and humbling. The philosophical categories were immediately and permanently useful, but it was all too easy to lose oneself in the philosophical diction. So that as relevant and invaluable as my education would turn out to be to my life as a writer, I would not settle down to write my first novel until I was years beyond graduation, married, a veteran myself and in my late 20s. I did do some writing at Kenyon, but what I turned out was mere mental exercise. I had gone backward, away from all that natural surging need to express something, anything, to something else–if not backward then certainly up to the regions of the brain, to calculation, study, research, to the conscious application of learning, all of it wrapped tightly in the longings of the ego.

This essay is excerpted from E.L. Doctorow's new book, Reporting
the Universe (Harvard).

The truth of the matter is that the creative act doesn’t fulfill the ego but changes its nature. As you write you are less the person you ordinarily are–the situation confers strength. You learn to trust what comes to you unbidden. You learn to trust the act of writing itself. An idea, an image, a voice, comes to you as a discovery, and you don’t possess what you write any more than the mountain climber possesses the mountain.

Writers write by trying to find out what it is they’re writing. The artist Marcel Duchamp was once asked why he gave up painting: “Too much of it was filling in,” he said. The worker in any medium had best give it up if he finds himself only filling in what has been previously declared and completed in his mind, a creative fait accompli. It is not that you have no intellect when you write. It is not that you have no convictions or beliefs. It is that nothing good will come of merely filling in what you already know. You must trust the act of writing to scan all the passions and convictions in your mind, but these must defer to the fortuitousness of the work; they must be of it. A book begins as an image, a sound in the ear, the haunting of something you don’t want to remember, or perhaps a great endowing anger. But it is not until you find a voice for whatever it is going on inside you that you can begin to make a coherent composition. The language you find precedes your intention or, if not, is sure to transform it.

By way of illustration I will dwell for a moment on how, accidentally, my first novel came to be written. After college, and after service in the Army of Occupation in Germany, I came home to write and found I could not. I constructed outlines for books, I researched outlines for books, I researched subjects for books, I intended to write books. And none of them got written. At this time I found work as a professional reader for a film company. The job called for reading novels and preparing synopses for the film executives who didn’t themselves have time to read, or perhaps couldn’t read, but were on the lookout for stories that could be adapted for the screen. In those days, in the late 1950s, westerns were very popular, and so it was given to me to cover one rotten western after another. Despairing of my failed efforts and the wretched pulp I was synopsizing, I thought of quitting. Then, remembering Henry James’s admonition to the writer–to be the person on whom nothing is lost–I decided that I could lie about the West better than any of the writers I was reading. I put a piece of paper in the typewriter and typed “Chapter One” at the top, just the way writers in the movies do it. I had no plan, no outline, no research. All I had was the impulse to parody. But I had happened upon a wonderful geography book, The Great Plains, by Walter Prescott Webb. According to Webb there were no trees out there. It was something I might have known from seeing western movies with their mesas and cattle drives, but for some reason I found this fact immensely evocative. Into my mind came the image of a vast, barren plain, a rock-strewn universe in which, in the distance, a few stick figures were trying to provide themselves a civilization. My desire to destroy the genre forever turned into a serious engagement with its possibilities: If I could write in counterpoint to its conventions, there would be parody, if not in tone then in structure.

All of this came to me in the instant of that image’s realization. From the very first sentence I had the voice of the narrator and the situation in which he found himself. None of this was thought out in advance of the writing. I was able to write the book because I had not planned to, and because I was not qualified to, never having been west of Ohio. As a New Yorker I might even have thought Ohio was the West. It was a book that arose solely from the circumstance in which I happened to find myself. Welcome to Hard Times is the title under which it was published–a novel set in the Dakota Territory in the 1870s.

I will admit, baldly, that the reviews I received were good enough to certify me as a writer. I thought myself that I’d done a sound piece of work, that I’d pulled it off just as Kafka had in his first novel, Amerika, which he wrote without ever having left Prague. And then I received a letter from an elderly lady in Texas. She wrote in a fine, spidery hand, and she said the following: “Young man, I was with you all the way until your Mr. Jenks at his campsite out on the flats made himself a dinner of the roasted haunch of a prairie dog. At that moment I knew that you’d probably never been west of Ohio, because the haunch of a prairie dog wouldn’t fill a teaspoon.”

Called upon to defend the prerogatives of my art, I replied: “What you say, Madam, may be true of today’s prairie dogs. But in the 1870s…”

In fact, Jenks’s hunger might have magnified his measly portion into a dinner. But, right or wrong, I’ve let the line stand in all subsequent editions of the book. I am leery of perfection. In Hawthorne’s great story “The Birthmark,” a natural scientist insists on concocting a potion that will erase a birthmark from his beautiful young wife’s cheek. He regards it as the one blemish on her perfection. Because she loves him, his wife drinks the potion. The birthmark slowly fades until her beauty is at last perfect. At that moment, she dies. And that’s why I have left Jenks still out there on the flats having for dinner a roasted haunch of prairie dog.