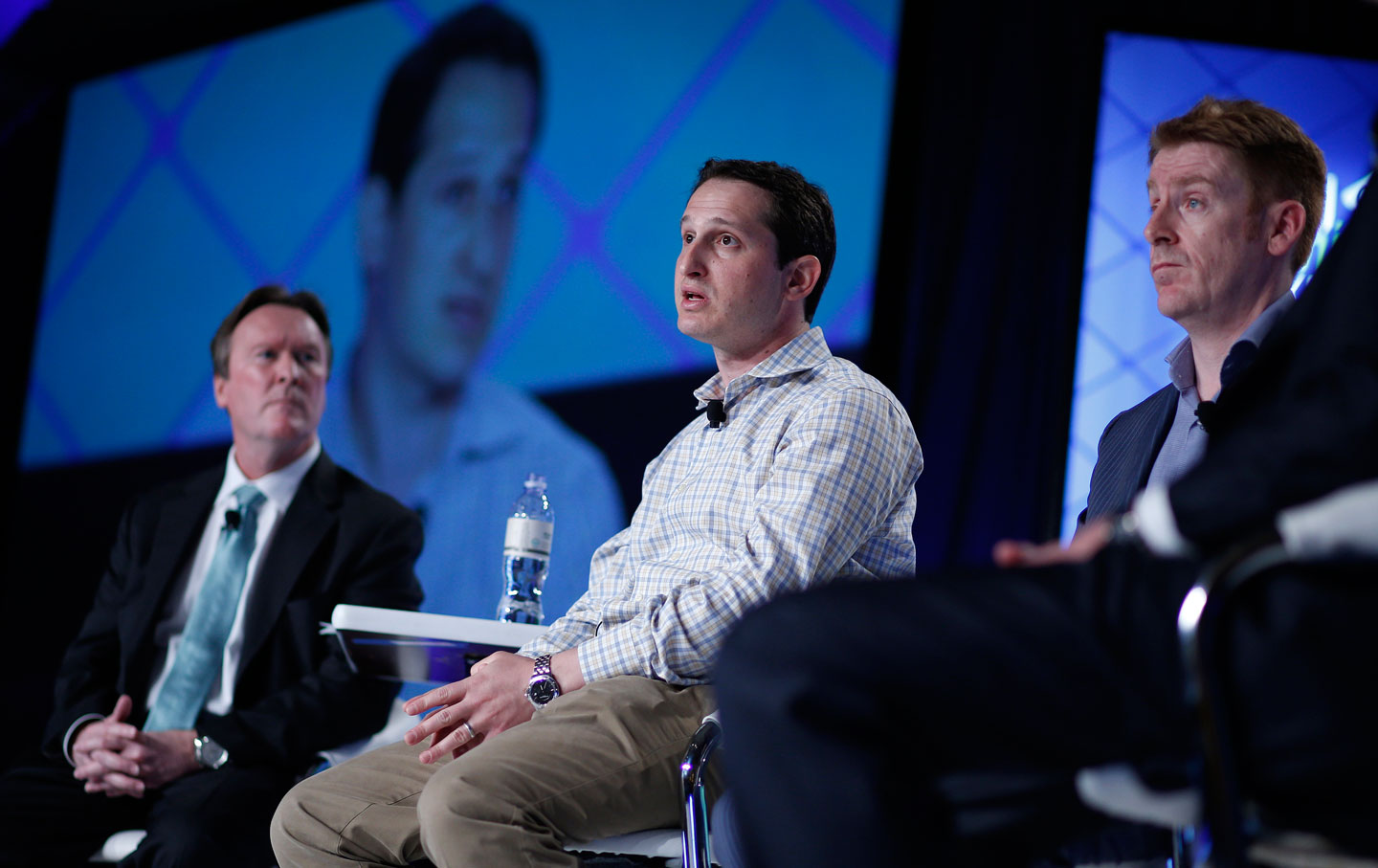 Last November, NBA commissioner Adam Silver wrote a bombshell New York Times op-ed arguing that pro sports leagues needed to get over their old-school skittishness and embrace the largely underground $400 billion sports gambling industry. He was compelled to write this after NBA owners bought a massive share in an online-betting fantasy -sports site called FanDuel. The sports world, Silver contended, needed to catch up to the reality that “there is an obvious appetite among sports fans for a safe and legal way to wager on professional sporting events.”

This is all well and good.

Yet the title of his editorial should elicit howls of derision after the unseemly news of the last 48 hours. It was, “Legalize and Regulate Sports Betting.” Yet FanDuel, which goes unmentioned in the article, is utterly unregulated and not classified as “betting” because Congress, thanks to a ferocious lobbying effort, has disingenuously classified fantasy sports gambling as a “game of skill.”

The absence of regulation means that FanDuel and its billion-dollar brother-in-arms DraftKings have partnered with the sports leagues to create a constant churning of sports gambling without taxes or government oversight. And sure enough, both companies are now involved in an “insider-trading scandal” after evidence was revealed that their employees, armed with confidential information, competed at one another’s sites. One anonymous insider said to me Tuesday afternoon, “This is about to get a hell of a lot worse for everyone involved.” Several hours later, the New York State attorney general pledged to open a full investigation into just how extensive this insider trading was, and how many of the billions of dollars that pass through daily fantasy sports were won with rigged betting.

For those uninitiated into this world of sports fantasy, it is worth explaining how “insider trading” operates in this context. You pay a fee and then draft any players you want to make up your team. When these players ring up statistical accomplishments, you are awarded points. If the players you chose perform better than the thousands of teams performing against you in a given week, you win. Yet these companies aren’t becoming multibillion-dollar operations by losing. Thousands of people all pick the players most likely to be productive (in football that means Aaron Rodgers, Julio Jones, and the like). The winners are the people who—by dumb luck—choose the obscure running back or receiver that makes a surprise splash.

“Insider trading” in this unregulated setup must be a constant source of temptation: If you know whom most people are choosing, you just cannily choose the top players being ignored in a given week, and your odds improve dramatically. It’s like playing online poker if you can see your opponents’ hands. Knowing their cards does not guarantee victory, but it changes the game.

Again, this world is utterly unregulated, and despite the furious—and ridiculous—joint statements issued by DraftKings or FanDuel, it would be profoundly naive to think that this is the first time it has happened. All it would take would be a text from someone who sees the betting to a friend and get them to place their bets. If the winnings are found to have been disproportionately vacuumed out by insiders or their accomplices, the lawsuits alone will bring this industry to its knees.

But this problem is bigger than just one scandal. Professional sports leagues as well as leading sports journalists have partnered with DraftKings and FanDuel to be accomplices in what could be a case of organized theft.

It’s clear to anyone who has watched the NFL in the last several months that DraftKings and FanDuel are on a full-court press for our money. DraftKings alone spent an estimated $18 million wallpapering the opening weekend of the NFL season with screeching ads. This was peanuts for a rapidly rising, multibillion-dollar industry that has grown out of the ground with the remorseless rapidity of an industrial city in China. Not only were television ads for the sites in constant rotation, but ESPN integrated the companies into their broadcasts, with branded segments and commentaries referring to the size of the pot and suggestions for whom to “draft” for the forthcoming week.

What is so stunning about this scandal is that sports has historically been terrified by gambling and the thought that it could provide even a whiff of illegitimacy about their product. It’s why the 1919 Chicago Black Sox were banned for life from baseball and Shoeless Joe Jackson is still not in the baseball Hall of Fame. It’s why Pete Rose remains on the outside of Cooperstown, his nose pressed against the glass. It’s why there are still no big-league teams in Vegas. The mere proximity to gambling gives commissioners the heebie-jeebies. All sports has, compared to other forms of entertainment, is its legitimacy. Without that, the house of cards comes tumbling down.

I am not against sports gambling, but without safeguards, catastrophe always looms. As Adam Silver wrote last November, legal gambling should come with “mandatory monitoring and reporting of unusual betting-line movements; a licensing protocol to ensure betting operators are legitimate; minimum-age verification measures; geo-blocking technology to ensure betting is available only where it is legal; mechanisms to identify and exclude people with gambling problems; and education about responsible gaming.”

Let’s see if he has the courage to make that argument to his fellow owners as they cash in on fans’ playing what could be a rigged game. Let’s also see if ESPN covers this scandal going forward, as the congressional committees form to investigate. There is a lot more on the line here than just fantasy sports.