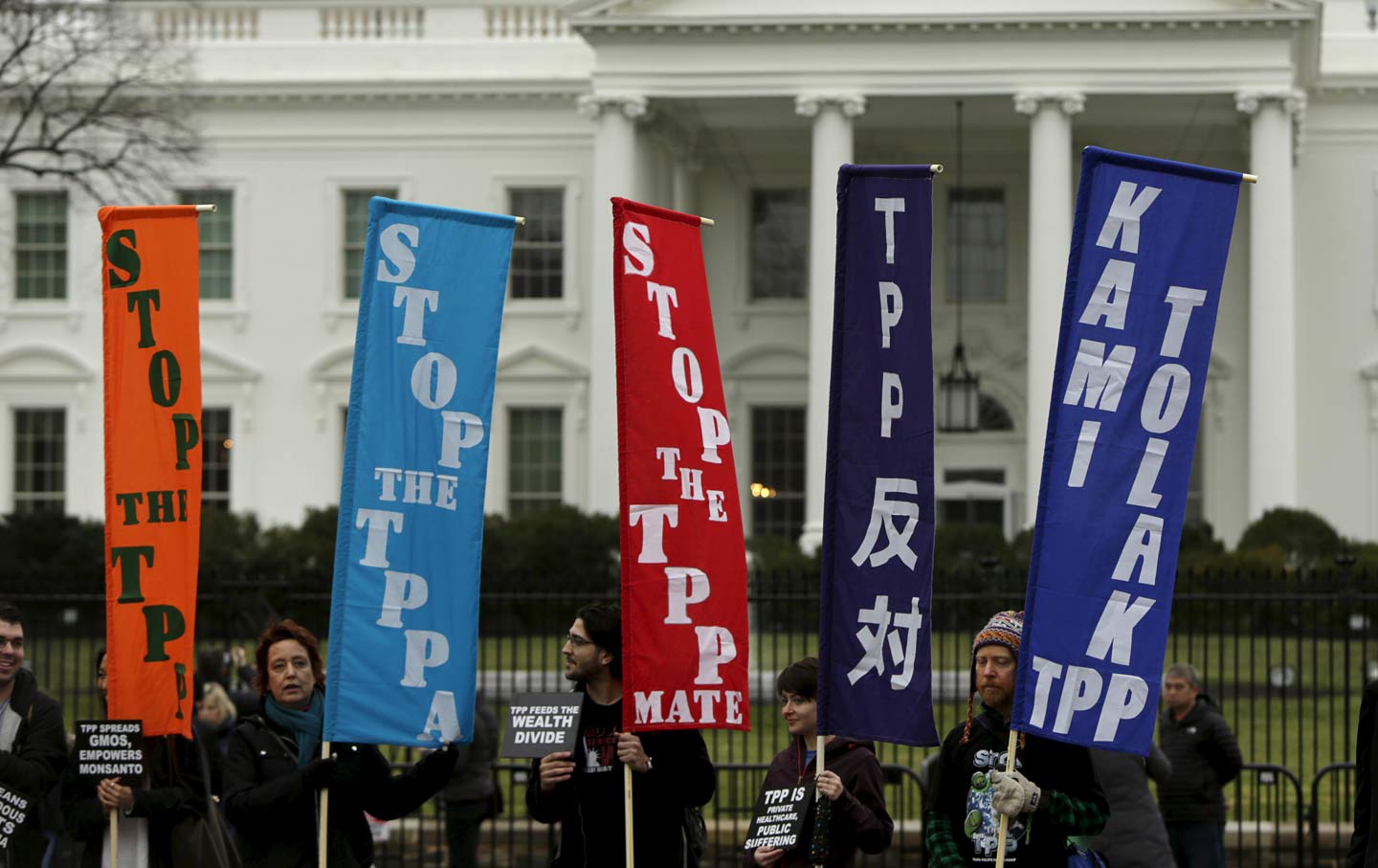 In 2011, President Obama, speaking in the wake of Occupy Wall Street, called inequality the “defining issue of our time.” Now Jason Furman, chair of the Council on Economic Advisors, argues that Obama “narrowed the inequality gap” more than any president in 50 years. The nonpartisan Congressional Budget Office echoes the observation that income inequality after taxes is no higher than it was in 2000, and that Obama’s policies have done more to reduce inequality than any other policies on record.1

Don’t take down the barricades. Inequality remains extreme and continues to widen. And the populist uprisings that have roiled American politics have clear opportunities to tackle the core problem after the election.2

As James Kwak at Baseline Scenario notes, the council’s report measures Obama’s reductions against what inequality would have been if George Bush’s policies had been sustained through the Great Recession. The progress comes largely from progressive tax changes. Obama raised taxes marginally on the very wealthy (allowing the Bush tax cuts to expire for very rich, particularly the 15 percent tax on capital gains, and taxing investment income under Medicare to help pay for health-care reform) and increased tax subsidies to low-wage workers (expanded child tax and expanded earned-income tax credits.) These advances, while praiseworthy, don’t come close to reversing the regressive tax polices of the past decades.3

As Emmanuel Saez has shown, the richest 1 percent continue to pocket the bulk of the rewards of growth. The income share of the top 1 percent before taxes fluctuates with the business cycle, but it has been rising over time. Despite recent increases, household income for the vast majority of the population has still not recovered from the Great Recession. These rewards largely reflect the underlying economic structures that determine what Jacob Hacker has dubbed predistribution (the pre-tax distribution of income): globalization, bargaining power of labor, executive pay structures, demand for skills, etc. As Kwak concludes, “It’s hard to point to anything [Obama] did that affected the underlying economic factors producing the increase in inequality.”4

This elevates the importance of fierce political battles that will occur after the November elections. First, President Obama plans to join with the business lobby to push the Trans-Pacific Partnership Treaty through the lame-duck session of Congress. The TPP is another in the corporate trade and investment deals that have proved so devastating to American workers. Even trade-accord advocates now admit that our globalization strategy has contributed directly to growing inequality, putting American workers in competition with low-wage and repressed labor abroad, with no sensible industrial or comprehensive strategy for impacted communities and workers.5

The mobilization against the TPP will engage the populist energies in both parties. Sanders’s new organization Our Revolution will join with labor and the bulk of the activist Democratic base to drive an intense opposition that will make the Tea Party look like, well, a tea party. If the TPP is defeated, the next administration will be forced to rethink America’s globalization strategies, moving towards more balanced trade, ending the special privatized investor arbitration system, and focusing attention on the tax traps and dodges that allow global corporations to evade hundreds of billions in taxes. Even if the TPP passes, the fury of the opposition could force an understanding that the old game is over.6

Similarly, efforts to lift the floor under workers already in motion should gain new energy. The Republican House leadership won’t even allow a vote on hiking the minimum wage, but Fight for $15 and other movements are winning wage hikes in cities and states across the country. Measures to guarantee paid sick and vacation days and to crack down on wage theft and demand equal pay for women are beginning to move. These efforts—particularly at a time of relatively low unemployment—can help workers gain a greater share of the profits they help to produce.7

Obama recently admitted that stronger unions are vital to redressing inequality. Yet he abandoned campaign promises to make labor-law reform a priority early in his administration and has refused to issue an executive order giving union employers priority in government contracting. Union support was central to Clinton’s victory in the primaries. When she takes office in January, activists should join with federal contract employees to demand issuance of a Good Jobs executive order that would encourage firms with federal contracts to respect labor rights. And Democrats at every level of executive office should be pushed to put government on the side of workers.8

Finally, populist energy should be directed at curbing obscene CEO pay packages. Academics have exposed the fraudulence of “performance pay” bonuses. Investors bemoan the perverse corporate policies generated by executive efforts to drive up the value of their bonuses. Yet boardrooms haven’t got the message. It is time to turn up the heat. For example, executive compensation rules to discourage Wall Street risk-taking were supposed to have been written nearly five years ago. They haven’t been, and progressives in Congress led by Elizabeth Warren and Bernie Sanders should expose this outrage.  Unions, public pension funds, and university endowments should use their votes to challenge excessive CEO compensation packages. Sanders’s Our Revolution might join with other progressive groups in challenging the worst abusers at their annual shareholders meetings.9

Inequality remains a defining issue of our time. The advances made under Obama deserve applause, but the real work remains to be done. This presidential season has exposed the growing revolt against business as usual. Now activists must seize the opportunity to build on the energy after November.10