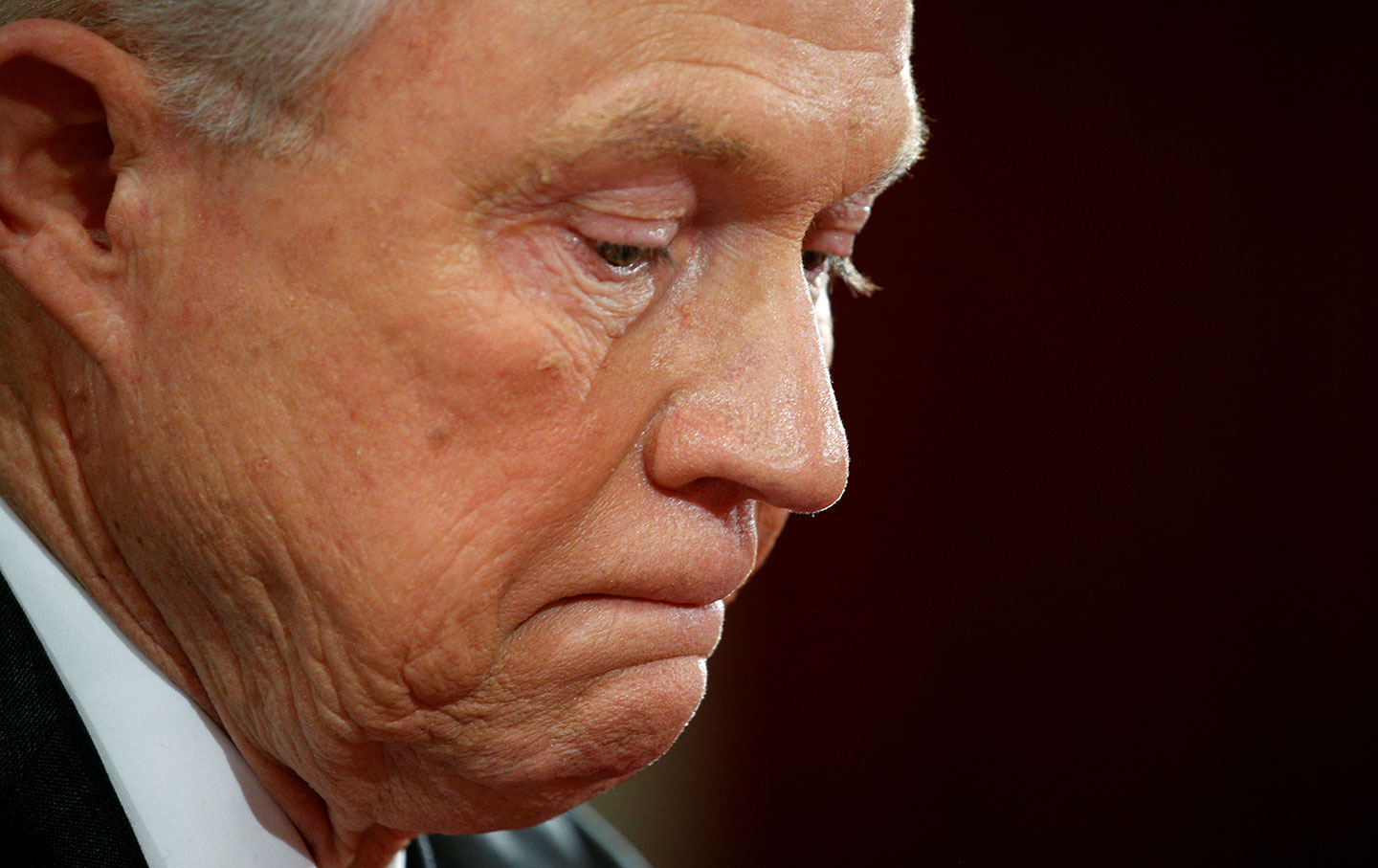 Impeachment is hard. But c’mon, people! We cannot be so resistant to constitutional duty that we render toothless the most powerful tool we have for holding lawless, demented, and dangerous officials to account. There have to instances in which impeachment by the House of Representatives, trial by the Senate, and removal of the reprehensible are warranted.

Rarely in our history have they been more warranted than in the case of Jeff Sessions, the attorney general who lies, and lies, and lies to Congress.

Sessions is a famously dishonest, and destructive, political careerist. In the 1980s, when he tried to convince the Senate Judiciary Committee that he wasn’t a racist who had abused his position as a US Attorney in Alabama to prosecute voting-rights activists, the Republican-controlled committee saw through his claims of impartiality and personal decency and rejected him as a nominee for a federal judgeship.

But that was a more enlightened time. Standards have been lowered—dramatically—since the Reagan years. Respect for a system of checks and balances that demanded strict oversight and review by senators from both parties has declined. This explains how Sessions was handed the keys to the Department of Justice earlier this year.

It does not, however, explain why Sessions has been allowed to remain as attorney general since it was revealed that he lied to the Senate Judiciary Committee that weighed his nomination to serve as Donald Trump’s top law-enforcement officer. The initial reports on the lies Sessions told with regard to his meetings with Russians when he was campaigning for Trump in 2016—he denied any such meetings, only to have it revealed that he hung out with the Russian ambassador during the Republican National Convention—should have led to the attorney general’s resignation or impeachment. But he dodged that accountability moment by “recusing” himself from inquiries into Russian influence on the campaign.

Sessions then violated his own recusal and participated in the scheming to remove James Comey from his position as FBI director—in a move that Trump admitted was all wrapped up with “this Russia thing.” At that point, resignation or impeachment was not merely appropriate, it was necessary. Yet Sessions again dodged accountability.

Now the attorney general is in trouble once more. As Politico reports:

Sessions faces mounting calls to clarify his testimony before the Senate since the unveiling Monday of [Trump campaign adviser] George Papadopoulos’ plea deal with special counsel Robert Mueller’s investigation of Russia’s interference in the 2016 election.

Democrats are scrutinizing the attorney general’s repeated statements that he didn’t know of any Trump campaign surrogates who communicated with individuals connected to the Russian government. The court documents made public on Monday revealed that Papadopoulos, a member of the campaign’s national-security advisory group, raised the prospect of a confab between Trump and Russian President Vladimir Putin during a March 2016 advisory group meeting that Sessions reportedly attended.

In a scorching letter to Sessions, Franken explained that

Once again, developments in the ongoing investigation into Russian interference in the 2016 election have brought to light evidence that you failed to tell the truth about your interactions with Russian operatives during the campaign, as well as your awareness of Russian contacts by other members of the Trump campaign team. This is another example in an alarming pattern in which you, the nation’s top law enforcement officer, apparently failed to tell the truth, under oath, about the Trump team’s contacts with agents of Russia-a hostile foreign power that interfered in the 2016 election. We must get to the bottom of what happened so that we can prevent it from happening again, and I am deeply troubled that this newest revelation strongly suggests that the Senate-and the American public-cannot trust your word.

An attorney general whose word cannot be trusted cannot remain at the helm of the Department of Justice. The very premise is absurd.

The lies that Sessions has told, that he continues to tell, are now well documented.

That documentation forms a classic argument for impeachment.

That argument ought to be made. Now. The articles of impeachment should be filed in the House. The process of holding Sessions to account should begin, in full recognition of the difficulty and the necessity of its pursuit. Congressional Democrats who are betting everything on Robert Mueller’s inquiry need to accept that they have a duty to serve as more than mere bystanders — and that Deputy Attorney General Rod Rosenstein, not Sessions, provides the official cover for Mueller’s work.

If hyper-partisan House Speaker Paul Ryan and the members of his House Republican Caucus choose to block accountability for Sessions, then they signal their disregard for an oath of office that requires them to“support and defend the Constitution of the United States against all enemies, foreign and domestic; that I will bear true faith and allegiance to the same; that I take this obligation freely, without any mental reservation or purpose of evasion…”

That disregard is as serious a threat as the lying by Sessions, since a failure by Congress to check and balance lawless cabinet members destroys the system of checks and balances that is our greatest protection against chaos and tyranny.

“No point is of more importance than that the right of impeachment should be continued. Shall any man be above justice?” declared George Mason during the Constitutional Convention of 1787, which outlined the power of impeachment that extends to this day.