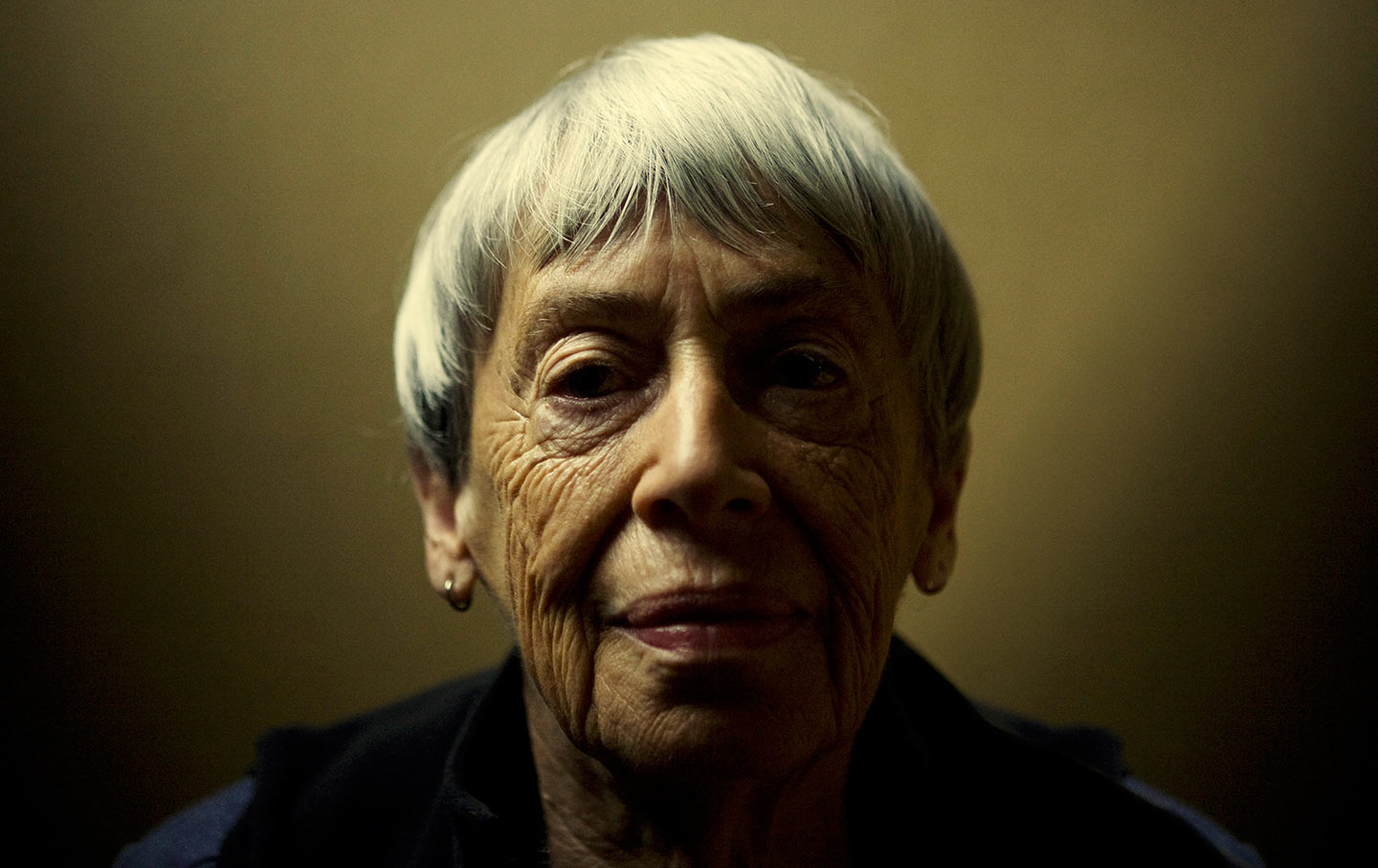 “Reading,” Ursula K. Le Guin once wrote, “is actual collaboration with the writer’s mind. No wonder not everybody is up to it.” Few writers have offered readers a mind so expansive, sharp, and wondrous as did Le Guin, who died Monday at the age of 88. She wrote 10 story collections, six volumes of poetry, 13 children’s books, five translations, numerous essays, and 20 novels, for which she won a number of prizes. But numbers can’t bear the full weight of her influence, which was sweeping and, for a long time, underrated. Like many of her characters Le Guin was an explorer, and a bit of a misfit—at least in the literary scene, which long kept her quarantined as a “genre writer.” To read Le Guin’s most beloved speculative fictions—which include The Left Hand of Darkness and The Dispossessed—was to enter new worlds assembled whole from the twigs and stones and flowers she gathered up in her wide intellectual expeditions: bits of history, cultural anthropology, political theory, mythology, Taoism, semiotics, geology. Not everybody was up to it.

You can spend a whole lifetime with Le Guin, beginning with the Catwings children’s series and ending with the poems in her collection Late In The Day, which she described to me as dispatches from “the borderland” between life and death. I met Le Guin after she’d stopped writing fiction, an accedence to age that saddened her. To me, a young(ish) writer struggling to shake self-doubt and the creeping suspicion that nothing I wrote mattered, her insistence on the moral purpose of storytelling and her faith in her own gifts were a balm. So was her warm chuckle, her lack of pretension, and the glass of Balvenie DoubleWood she poured me at her home in Portland, Oregon, on a summer afternoon in 2016. We sat on her porch among potted cherry tomatoes and geraniums, her cat Pard twining around our ankles, a massive redwood towering over us all. 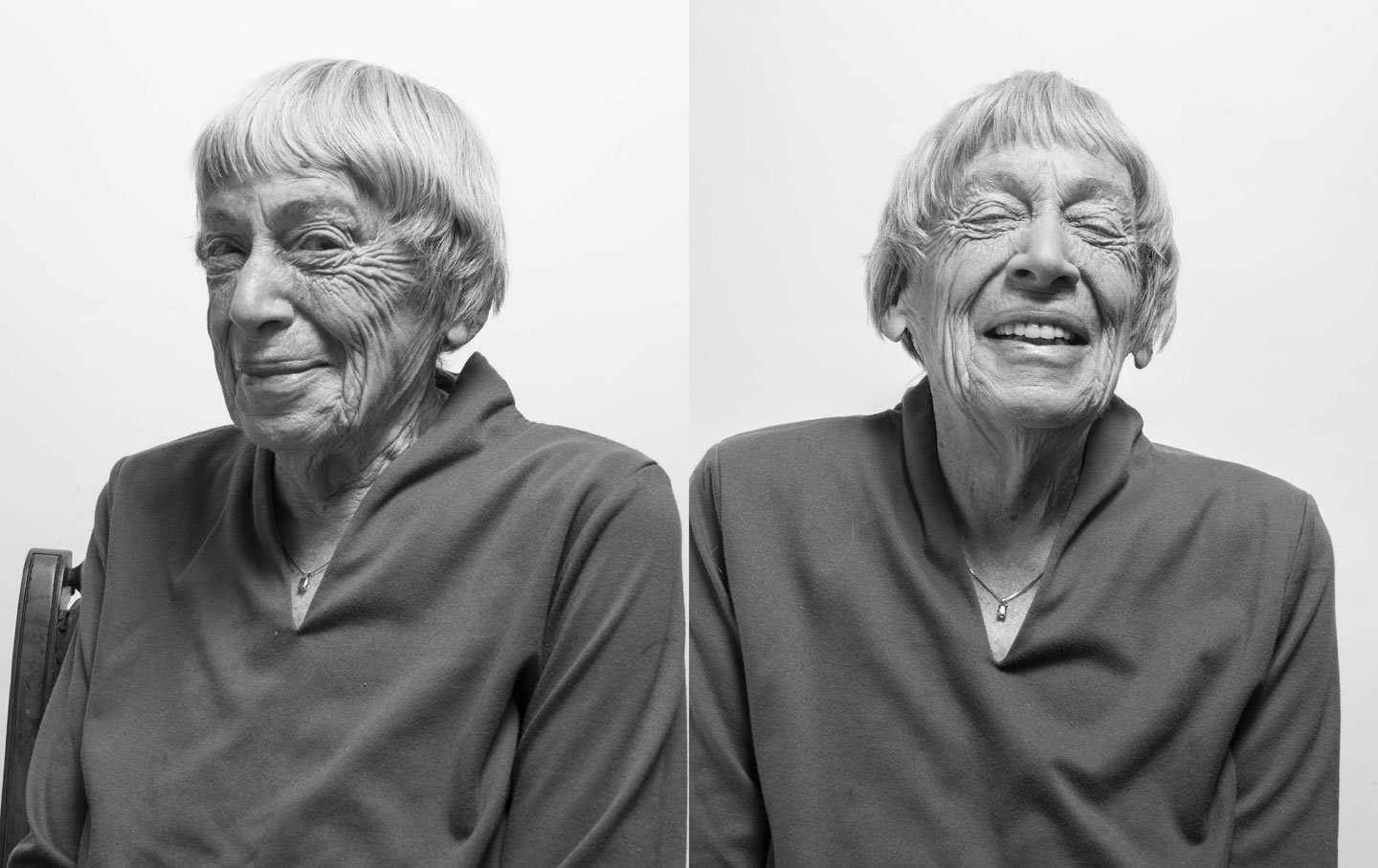 I wanted to know how she did it—how she managed to write so much, and so well, while cultivating what by all accounts was a rich family and social life. The answer is that she was lucky, and she worked incredibly hard, and she was brilliant. “It just was something I wanted to do, and I always felt that’s what I have to do, like a painter paints or a dancer dances,” she explained when I asked why she kept writing despite so many rejection letters in her early years. “I came with a calling.” (She was able to follow it thanks in part to an illegal abortion at 20 and the support of her husband Charles Le Guin, her great love and co-parent.)

“It just was something I wanted to do, and I always felt that’s what I have to do, like a painter paints or a dancer dances. I came with a calling.”

Born in California, Le Guin defined herself as a Western writer: She was attuned to open spaces, to landscapes, especially forests and deserts. “I like any desert. I like Nevada, for God’s sake,” she told me. “Is there anywhere in this country that isn’t more or less beautiful?” She fixed that beauty onto her pages, as in the opening passage of her 1971 novel The Lathe of Heaven:

Current-borne, wave-flung, tugged hugely by the whole might of ocean, the jellyfish drifts in the tidal abyss. The light shines through it, and the dark enters it. Borne, flung, tugged from anywhere to anywhere, for in the deep sea there is no compass but nearer and farther, higher and lower, the jellyfish hangs and sways; pulses move slight and quick within it, as the vast diurnal pulses beat in the mood-driven sea. Hanging, swaying, pulsing, the most vulnerable and insubstantial creature, it has for its defense the violence and power of the whole ocean, to which it has entrusted its being, its going, its will.

Though she grappled with urgent social and political issues—war, authoritarianism, environmental destruction—she mostly did so “slantwise, concretely, avoiding the abstract, afraid of preaching,” she explained in an email. Her stories and characters were marked by ambiguity and fluidity, not constrained between poles of good and evil. (Nor, in The Left Hand of Darkness, by gender.) But about certain matters Le Guin was precise and unwavering: her hatred of violence, her insistence that science fiction and fantasy be taken seriously, her critiques of capitalism and of the publishing industry.

“Is there anywhere in this country that isn’t more or less beautiful?”

The last time I corresponded with Le Guin, I’d sent her a photo a friend had taken of a telephone pole in Berkeley; it was bare except for a portrait of Le Guin, nailed up high so that her wrinkled face smiled across the neighborhood. Le Guin was a beacon for many writers, especially women working in fantasy and science fiction, some of whom have already written about the barriers she broke for them. “I am sick of the silence of women,” Le Guin said in a 1986 commencement address at Bryn Mawr college. “I want to hear you…. Come out and tell us what time of night it is!” She was also a hero to left activists, whom she occasionally marched with. (A photo taken in Oakland during Occupy Wall Street shows protesters with makeshift shields painted to look like book covers, including The Dispossessed.) After she stopped writing fiction, Le Guin continued to produce poetry, book reviews, fiery letters to newspaper editors, and blog posts, which ranged in subject from politics to close observations of Pard. (Her blogs are collected in her most recent book, No Time to Spare.) Of her photo on the telephone pole, she wrote to me that she didn’t recognize it—“That is, I know who she is, but does she really look that much like a snake-oil salesman who just sold a gross of Huile de Boa?”

During my visit to her house in 2016, as I gathered my things to leave, Le Guin asked me to wait a moment. Slowly she climbed the stairs to her office, which looks across the Columbia River to Mount St. Helens, and returned with a copy of Late in the Day. She told me it was important that I read her poems in order to understand her current preoccupations, her attempt to “report from the frontier” of old age. She hugged me goodbye, and I felt how tiny and frail her body was—how different from the immense light of her curiosity and empathy. How lucky we are to have been invited to gather around that fire.