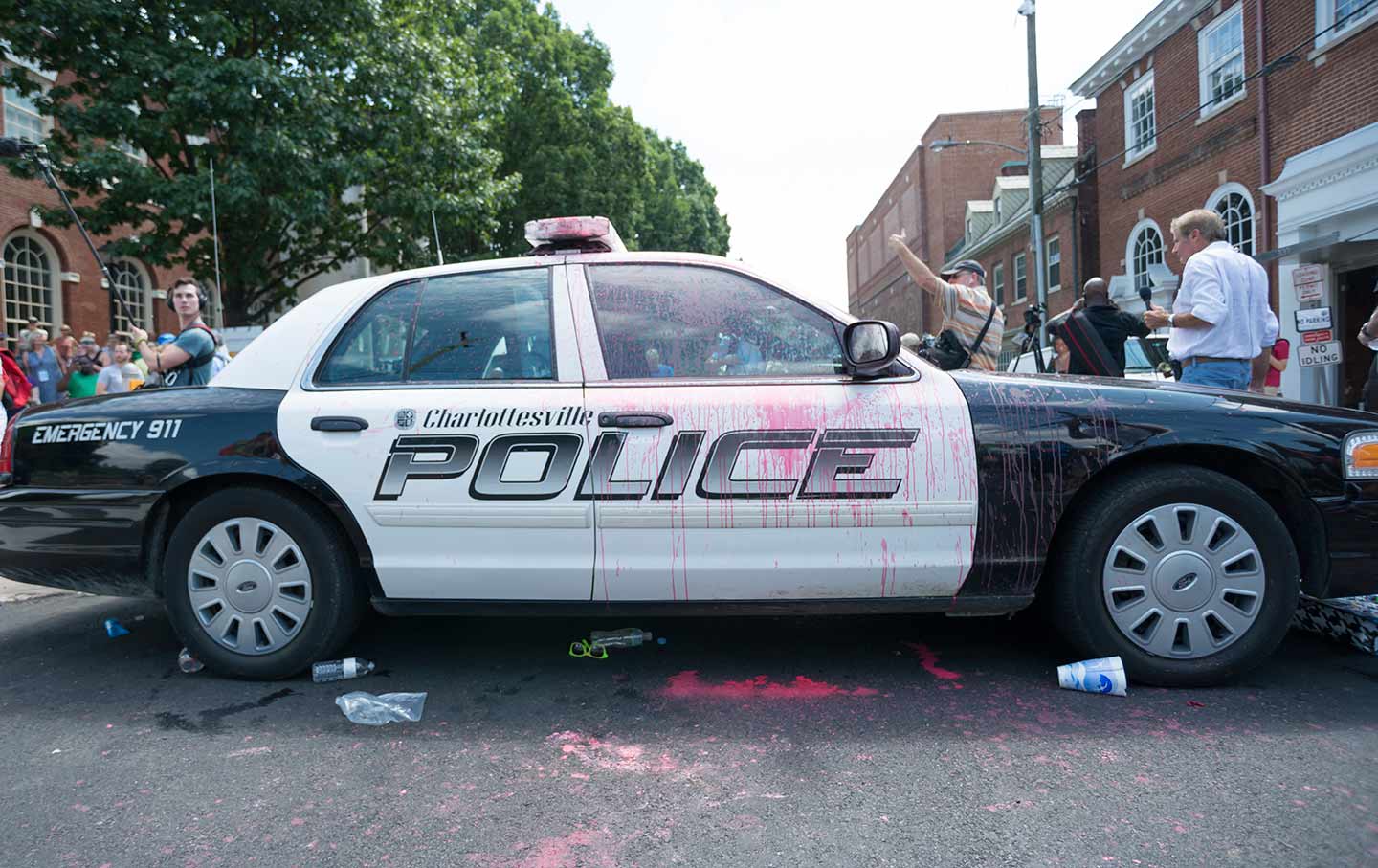 I sat in stunned silence on Saturday as hundreds of local and state police did nothing to prevent assaults, brawls, and a murderous act of vehicular homicide in Charlottesville, Virginia. Backed up by armored vehicles, riot police stood rooted in formation, quietly watching fascists, white supremacists, and neo-Nazis battle Black Lives Matter, religious leaders, and antifascists. This lack of action gives rise to claims that the police and local officials were simply not interested in protecting the public from right-wing violence. But the police failures in Charlottesville could have been avoided if the police had cared to learn from past protests.

Officials in Charlottesville should have been prepared for violence outside the park both before, during, and after the scheduled event. Officers should have been deployed in all areas where people would be traveling to and from the march. Mobile teams capable of responding quickly should have been stationed throughout the area. Aggressive traffic control to protect drivers from getting caught in protests and protesters from being run into should have been in place. Police should have intervened early on to confiscate shields, clubs, flagpoles, and other improvised weapons as people began gathering in and traveling to the park. This is standard practice in New York City and other major cities. So called “Oath-Keepers” and other heavily armed militia groups should have been similarly disarmed on the grounds of disorderly conduct or menacing. Their presence did nothing to keep people safe. Police deployed outside the park should have worn regular uniforms and engaged the crowd verbally when possible and with force when necessary, relying on tactical units as a last resort. British police routinely handle contentious protests without weapons or armor, using their visible presence, organization, and numbers to manage crowds. Police in Chicago regularly deploy high-ranking officers into the middle of protest marches in regular uniform to talk to demonstrators. This allows them to gauge the tenor of the protest and reduce tension. Armored vehicles with snipers rarely play any useful role in a protest. They should be held out of sight.

Hopefully, police commanders will learn from these recent failures to develop more effective forms of policing that maintain the right to protest, while enhancing public safety. But in the end the outbreak of political violence is a political problem that must be solved through political processes. Policing, no matter how nuanced or sophisticated, can accomplish only so much. When two groups are committed to fighting with each other and the channels of normal politics have broken down, then street fighting becomes more likely and more difficult to manage. It is clear that President Donald Trump and his strategist Steve Bannon have embraced these hate groups and stoked their politics of white resentment. As long as that political reality goes unaddressed, police will be confronted by violent protests.

We should also take no comfort from the recent announcement that the FBI would be investigating the events in Charlottesville. The FBI, especially under the current leadership at the White House and Department of Justice, has shown little interest in dealing with threats from white-supremacist, ultra-nationalist, and neo-Nazi groupings. The Southern Poverty Law Center has spent years documenting the dangers posed by these groups, only to receive yawns from federal officials. Just this February the center warned that the Trump administration was excluding white-supremacist groups from further scrutiny as potential “domestic terrorists.” Historically, the FBI has been almost exclusively interested in the transgressions of left-wing groupings. While some investigations of extremist right-wing organizations have occurred in the past, they have rarely resulted in meaningful prosecutions. In contrast, writers like Frank Donner and Tim Weiner have documented decades of far-reaching surveillance and attacks against left-wing groups—this despite the fact that such right-wing groups are tied to the majority of acts of political violence and terrorism in America. If anything, we should expect such an investigation to lead to the harassment of anti-fascist and Black Lives Matter groups, who should be prepared to resist such repression.