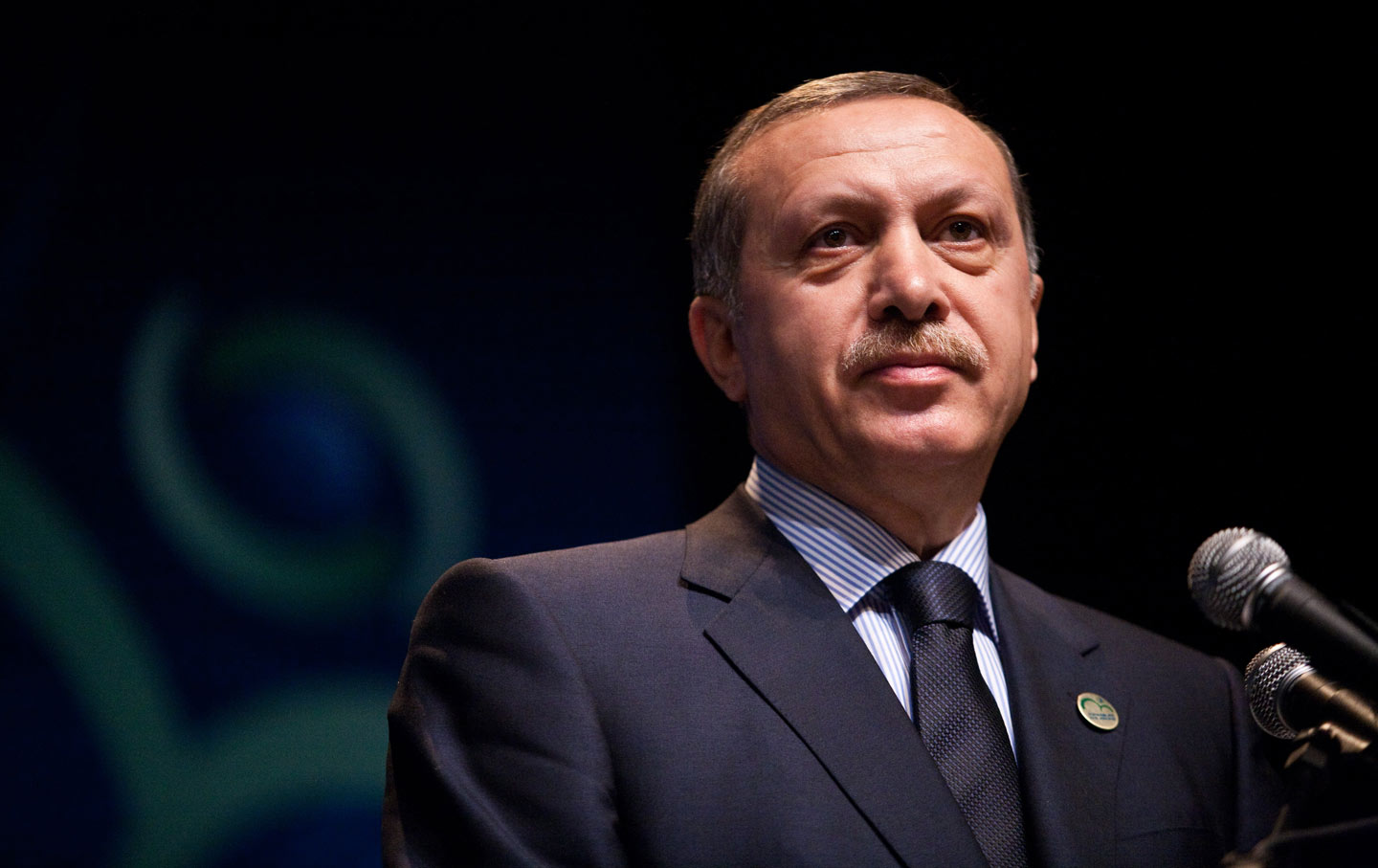 On Sunday, Turkish voters went to the polls and handed the ruling AKP (Justice and Development Party) a resounding victory, restoring to it the majority it briefly let slip in the elections of this past June. In doing so, Turkey’s voters have taken their country in a direction that would have been unthinkable in the decades following the rule (1923–38) of the secular, Western-oriented Mustafa Ataturk and have taken Turkey one step closer towards becoming an authoritarian Sunni Islamist theocracy. Indeed, the AKP victory prompted Turkish Prime Minister Ahmet Davutoglu to tweet “Elhamdulillah” (Thanks be to God).

With his parliamentary majority now secure, most observers believe that President Recep Tayyip Erdoğan will continue to consolidate his power. We should expect press freedoms—already quite tenuous in Turkey—to continue to erode, while Erdogan will likely continue his push, which began after the June elections, to jail opposition figures associated with the largely Kurdish HDP (The Peoples’ Democratic Party).

The trend toward dictatorial rule in Turkey has been in motion for over a decade, starting when Erdogan took over as Turkey’s prime minister in 2003. The reason this should concern American policymakers has less to do with the increasingly odious character of Turkey’s domestic affairs, as it has to do with the implications for Turkey’s foreign policy, which has gone far astray from one which aimed, in the words of current prime minister (and former foreign minister) Davutoglu, to have “zero problems.”

As it has been carried out latterly, Turkey has gone from espousing a seemingly benign foreign policy to one which has been aimed at subverting the fight against Sunni radical extremism. Some believe that Turkey was behind the horrific sarin gas attack in Ghouta, Syria, in August 2013, though this remains a matter of great public controversy. And only last week, The Washington Post reported that Turkey fired on the US-supported People’s Protection Units, the Kurdish forces leading the fight against ISIS on the ground.

Indeed, the NATO alliance can now be said to be working at cross-purposes, not only with itself but with the Russian anti-terror campaign as well. Given the facts on the ground, what would, in the unlikely event a competent US foreign policy emerged in the last months of the Obama administration, an appropriate and proportionate response to Turkey’s slide toward Sunni authoritarianism look like?

These two provisions, it hardly needs pointing out, would apply to the burgeoning authoritarian regime under Erdogan. Further, the Obama administration ought to consider lowering the monetary threshold on arms purchases which Turkey can make in the absence of congressional approval. At the very minimum, the administration should lower the threshold amount to the standard $14 million from that allowed for NATO members and partner states.

Further, the Obama administration, given the leeway the executive is given under Arms Export Control Act of 1976, ought to strengthen the arms-transfer policies that apply to human rights. This would have the side benefit of making it much harder for serial human-rights abusers like the Sunni Gulf-state tyrannies, Israel, and various other, as the State Department never ceases to call them, “partner states” to buy American weapons with which they turn around and use to work against American national security interests.

A legitimate objection may be raised: If we don’t sell Turkey weapons, someone else will. The answer to this is straightforward: Let them.

We can surmise that the Russians won’t sell to them now that both countries are engaged in a proxy war over the future of Syria. Besides, the United States is already the world’s leading arms exporter, which, incidentally, raises a further question, though it is admittedly outside the scope of this article. But it is worth asking, nevertheless: Are we comfortable with an economy that is largely supported by (a) borrowing and (b) rents accrued from weapons exports, natural resource extraction, and financial speculation?

In 1952, while the outgoing Truman administration debated whether or not it should offer NATO membership to Greece and Turkey (then considered—quite incorrectly—to be prime targets of what was often alleged to be Stalin’s insatiable expansionary appetite), the columnist and sometime government adviser Walter Lippmann wrote, “An alliance is like a chain…. It is not made stronger by adding weak links to it.” The US government would have been well-served, as it would have in so many other cases, to heed Lippmann’s advice.

A second step the administration might take would be to exclude Turkey from the forthcoming NATO summit on July 8-9 in Warsaw. Since there is little hope that the American industrial-defense complex would ever allow our captive government to even consider exiting NATO (something we would have been well advised to do as early as the winter of 1992), a “second best” option would be for NATO to tell Erdogan that the exit signs are clearly marked. Should Turkey continue its military campaign against the most effective anti-ISIS fighters in the field, the Kurds, then there is no good reason Turkey and NATO should not part company.

Sunday’s election results in Turkey mark a sad turning point in the life of that country: a turning away from secularism to Islamist sectarianism. Neither the United States nor its NATO “partners” should countenance the change.