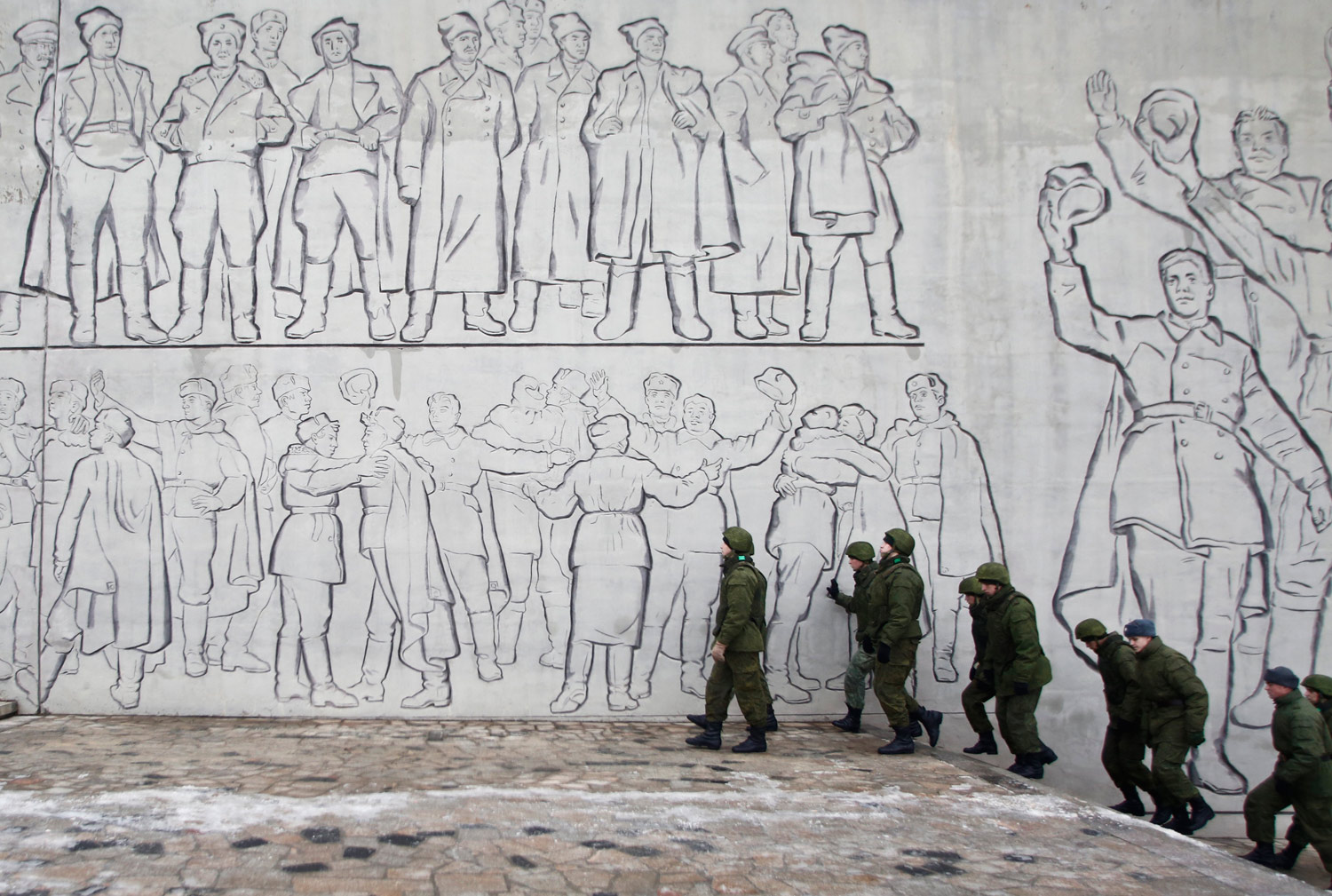 On December 29, as many Russians were traveling for the upcoming New Year’s holiday, a suicide bomber blew up the entrance to the train station in the southern city of Volgograd, followed by another suicide bombing on a trolley bus less than twenty-four hours later. The explosions, which came on the heels of a bus bombing there in October that killed six, left thirty-four people dead and raised doubts about the security of the Winter Olympics in Sochi, 400 miles south of Volgograd and next door to Russia’s volatile North Caucasus region. In a video published in January, two men claiming affiliation with an Islamic terrorist group in the North Caucasus took credit for the Volgograd attacks and threatened further attacks at the Sochi Games. Gregory Shvedov, editor of the Internet resource Caucasian Knot, which is well-known for its independent coverage of the region, spoke with The Nation about the conflict in the North Caucasus—which the International Crisis Group has called “the most violent in Europe today”—its historical roots, and how it could affect the Sochi Olympics.

AL: Why was Volgograd chosen as the target of these attacks?

GS: The first factor you have to take into consideration is that Volgograd, like Sochi, is outside the North Caucasus federal district. The ability to carry out this double attack says that those who are organizing them attacks have the resources to leave the North Caucasus and organize similar ones, especially since it was complicated to do a double bombing….

The second factor is that besides the bombing in Volgograd in October, there was a double bombing attempt on August 7. Double bombings happened even earlier in Volgograd: there were explosions in April 2011, when the targets were also, as in August, Interior Ministry buildings. This shows that Volgograd has for a long time been on the map of the people who plan and organize double bombings, which are characteristic of these terrorists and have unfortunately been used many times in the North Caucasus.

Finally, there’s the symbolic factor that this is a celebrated city known as Stalingrad that demonstrated the power of the Soviet leadership and the people to withstand threats in World War II—to protect, in some sense, the rest of the Soviet Union from attack. Now Volgograd is showing its vulnerability, and our Russian leadership is demonstrating an inability to answer modern threats. The attack on such a city demolishes the myth of a strong state.

AL: How much of a threat do you think terrorists pose to the Olympics, and has your opinion changed after the recent bombings in Volgograd?

GS: To use a five-point scale, the chance of terrorist attack is high—four out of five…. Volgograd is located a lot farther from the North Caucasus than Sochi is, and penetrating the Krasnodar region, where Sochi is located, is a lot easier than penetrating Volgograd.

AL: But isn’t security much more intense in Sochi?

GS: Sochi is stretched out along about 140 kilometers. It’s a huge area that includes the Black Sea and mountains; it’s too hard to control. Secondly, Sochi is bordered by the North Caucasus mountains, and there are a lot of roads, including many that aren’t on any maps or are little-known, that could be used [by terrorists].

Third, Sochi is bordered by [Georgia’s largely unrecognized breakaway region] Abkhazia, and…even though Russian security forces control this region, they don’t control it completely. Recently, a Russian diplomat was killed in its capital. Unfortunately, Abkhazia’s proximity to Olympic venues is another vulnerability factor, especially since there are huge amounts of explosives and people with experience in war there.

The fourth challenge is the railways, which are hard to protect because they run through many villages, beaches and other public places. Enforcing a curfew all the time would probably be impossible…and to do so over all this territory would be difficult.

The fifth vulnerability is the airport, where planes come in to land at very low altitudes and over the sea. It’s near Abkhazia, and unfortunately the risk of [a missile] attack against a plane that’s landing or taking off is pretty high.

AL: Since the Second Chechen War in the late 1990s and the start of the ongoing insurgency in the North Caucasus, violence has decreased in Chechnya but increased in Dagestan, where the Boston Bombers briefly lived. Is the overall situation getting better or worse?

GS: We don’t have grounds to say that the situation is improving…. Our statistics for 2013 don’t show any significant increase in victims of terror in the North Caucasus, but along with this we see that policing methods involving brute violence have begun to be used, mostly in Dagestan, and they of course provoke terrorist attacks, especially suicide bombings…. In this sense, the approach being used in the North Caucasus is not preventing violence but provoking it, as demonstrated by the suicide bombings in Volgograd.

AL: What are these new policing methods?

GS: We just did a special article about this that chronicles events in 2013. There are six new approaches that are resulting in what we call “Mobilization of Protest in Dagestan”: Officials are closing mosques in the Salafi community; they’re closing madrassas; and they’re closing some kindergartens. Apart from that, they’re forcing a large number of people to undergo DNA tests. There are mass detentions to check documents in different parts of the region, sometimes lasting all night; and they’re closing religious cafeterias with halal food. All of this provokes protest and makes peaceful people very angry and radical.

AL: After the last bombings, nationalists held an anti-government protest in Volgograd. Could these attacks lead to an increase in inter-ethnic violence?

GS: There were previously attacks on a Jewish community garden and a mosque, and there was a nationalist march with torches reminiscent of marches in Nazi Germany. We see that these people exist, but it’s not clear how well they can organize and hold mass actions. I think the Russian police are pretty well-organized to counter social activity…. For this reason, I wouldn’t expect any pogroms or mass unrest in Volgograd from these people.

AL: Members of the Circassian diaspora have been calling for a boycott of the Olympics, which will take place in an area where their ancestors were killed and from which they were driven out during the Russian conquest, in what many call a genocide. [The mountain peoples surrendered to the Russians at Krasnaya Polyana, which will host the Olympics on-snow events on the 150th anniversary of their defeat.] Is their “No Sochi 2014” campaign a serious movement or a PR ploy?

GS: This activity is mainly from the Circassian diaspora outside Russia. Inside Russia there are lots of activists, but almost no one is calling for a boycott. Circassian activists are being threatened by state agencies, and some have been detained. As in Volgograd, security services are well-organized to counter social activity. Inside Russia there is no real recognition of a Circassian movement as legitimate by the state. As for outside, I think we’re currently seeing more PR action than any real attempts to suggest an agenda. But I don’t know to what extent the decision by key political leaders in Europe and the United States [not to attend the Olympics] have been based on arguments about the Circassian genocide, which was one of the bloodiest colonial crimes in Russian history.