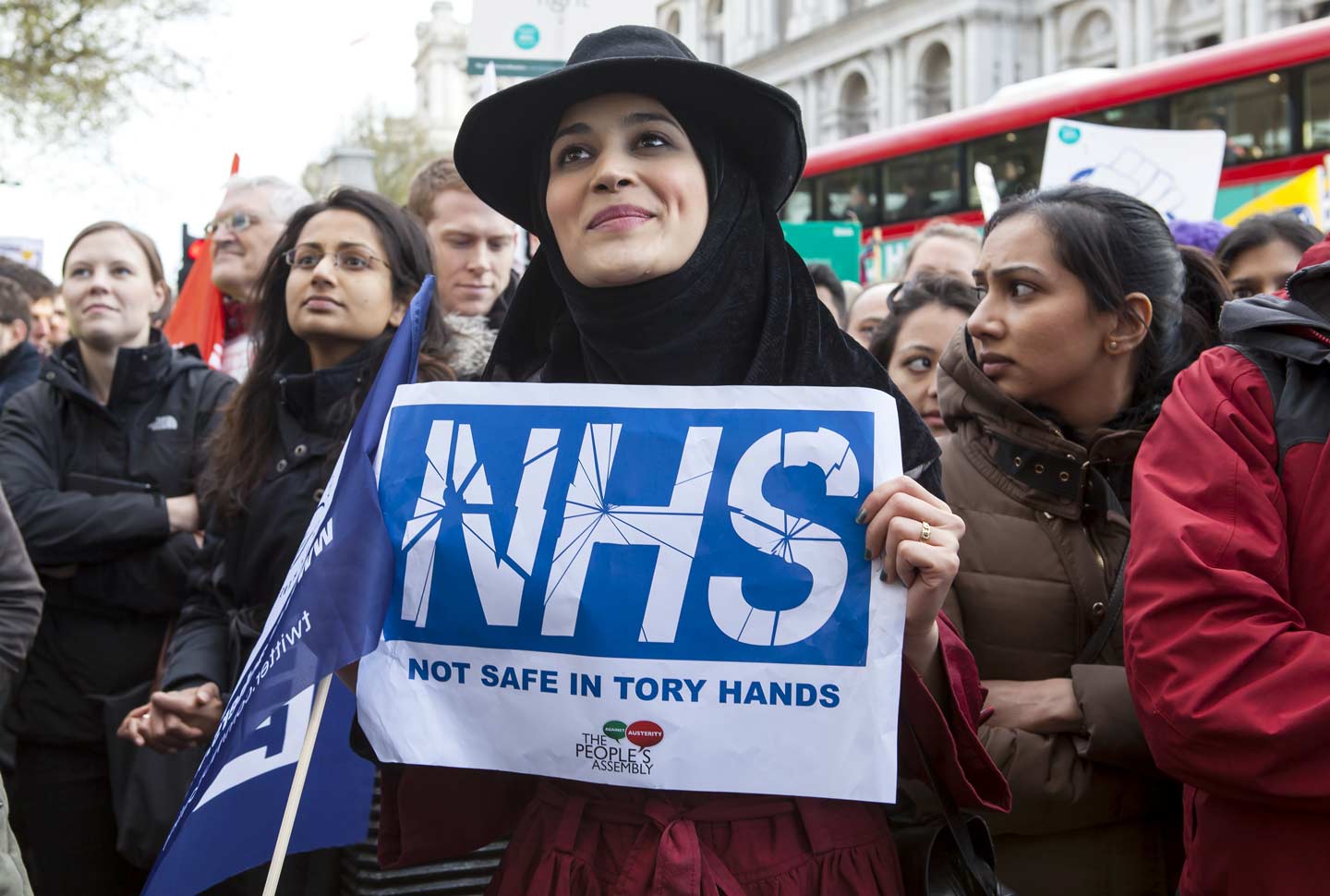 I come to under a violet light; the hour uncertain. A thousand strange things are whirring and humming. Red and yellow sparks flicker on and off, transparent greenish vines hang down from above. The space is crawling with life, human beings and other, non-human things. There is great calm, but also a note of urgency.

My reason is slow, numb. By my watch it is 4 o’clock, presumably morning. Where am I? What’s all this energy, this pulsing and thrumming? The American in me foggily deduces that this is Grand Central Station, where all the ways of the world meet. A busy hub in some great city inhabited by men and women of many tribes, everyone very alert and courteous.

Well, you could call it that. I’ve somehow landed in the intensive care unit of a major London hospital. The previous day, I was rushed into emergency care, laid low by a sudden infection that had set off something like the Battle of Stalingrad. It was sepsis, caused by a spirited bacillus of the Streptococcus pneumoniae clan—one that, luckily for me, was also quite responsive to antibiotics.

While my poor brain is struggling to process this news, across the way in the opposite bed, a man with dark skin is staring in horror at two boxing gloves of fluffy white cotton covering his fingers. He cannot take in what has become of his poor hands, so white and deformed. Like me, he does not remember how he came to be in this ward. He’s shocked to learn that the nurses put on the gloves to keep him from ripping out the IV line last night. He’s just off the plane from Ghana, and the nurse who explains the gloves to him is also Ghanaian, from Accra. I know that because a few minutes earlier, while he was taking my blood pressure, we spoke about his native city.

In the next week and a half, I will understand this is not just an ICU, but a kind of utopia.

In the next week and a half, I will understand this is not just an ICU, but a kind of utopia. We are inside a London public hospital, part of a venerable but now deeply threatened national health system. Government-provided healthcare in itself is utopian for us Americans; I live in Italy, where my medical needs are covered by the Italian health system, which in turn will repay the British system for the 12 days I will spend in this hospital. When I say this is a utopia, that’s true in more ways than one.

Sepsis is life-threatening, but in this excellent hospital, the emergency-room staff diagnosed me correctly within 15 minutes. The hospital also used a pioneering method to identify the strain of Streptococcus and the appropriate antibiotic within hours, rather than the usual five to seven days. I know this because later, a doctor came around to get my permission to be part of a study of this experimental method. Accustomed to a gruffer breed of doctor in Italy, I was charmed by the way this one took time out to explain things to me. But in fact every staff member who came into my cubicle was unvaryingly polite and competent. All made it a point to explain some element of the treatment.

Remember, this was a public hospital. And we patients were anything but all-British. We were quite a mixed bag, by nationality, ethnic origin, religion. Some of the steady stream of friends and relatives who came to visit wore the hijab, others had shaved heads and piercings, still others wore tall black hats and sidelocks. But the society of people who worked in the ward was even more mixed, a genuine hybrid society, not just a multicultural stew. Hybrid because the orderlies, doctors, and nurses there all spoke, with various accents, a common language: a language governed by medicine’s firm rules, expressed with notable warmth and respect for us patients.

I came through sepsis remarkably unscathed, and indeed, felt well enough after just a few days in the ICU to take an interest in what was going on around me. Lying in a hospital bed all day can be pretty dull; talking with the staff is one way to fight the inevitable self-absorption of being a patient.

Here I met the majestic Nana from Jamaica, hair swept up like Nefertiti and a rare, calm authority. There was Neil, the assistant from Manila, who went to Rome with his husband to see Pope Francis because “he’s not against gays.” Bintou, from Abidjan, wore a head scarf and spoke in a voice so sweet I was ready to go to paradise immediately, if that’s where my medical condition was leading me. She told me her name means “daughter of” in Arabic, and the way she said it brushed away that ugly English slang word bint, a relic of British rule in Egypt.

Isn’t this what Britain itself could one day be? A hybrid society like this ward?

Sweetest of all was Hemant: tall, muscular, handsome, a gold earring, an Indian from Uttar Pradesh. When he was young he wanted to be a fashion designer. But in his family, the professional choices for men were limited to two, doctor or engineer. A cousin in London urged him to study nursing and then move to England. In the Middle Ages the Germans had an expression, Stadtluft macht frei. City air makes you free. For Hemant, London is freedom. He belongs here, he’s not a foreigner.

Isn’t this what Britain itself could one day be? A hybrid society like this ward, where English, Scottish, and Welsh nurses and assistants work alongside others born in (I counted them) Accra; Trinidad; Bremen; Basra; Galway; Kerala; Agra; the Philippines; Ivory Coast; Galicia, Spain; and Wroclaw, Poland. Of course it matters that they are inspired by a common goal that is anything but cynical—saving lives, in this case.

But that was then. I was hospitalized in 2014. Afterward came the sour fear-mongering that brought on the disastrous EU referendum, and Brexit. Once Britain formally leaves the EU, reciprocal hospital care for someone from Italy like myself will be a thing of the past. And far worse, Theresa May and her government are doubling down on nativism and xenophobia, promising, among other things, to replace foreign-born medical staff with natives. And this on top of longtime Conservative plans to keep cutting National Health Service costs, privatize health services, and further exploit overworked young doctors.

So I’m grateful to have seen another Britain—far from the small white island that Theresa May envisions—that open, cosmopolitan, and highly functional society I glimpsed in the ICU. Not by chance, perhaps, it sprang up inside the welfare state that conservatives everywhere want to abolish.