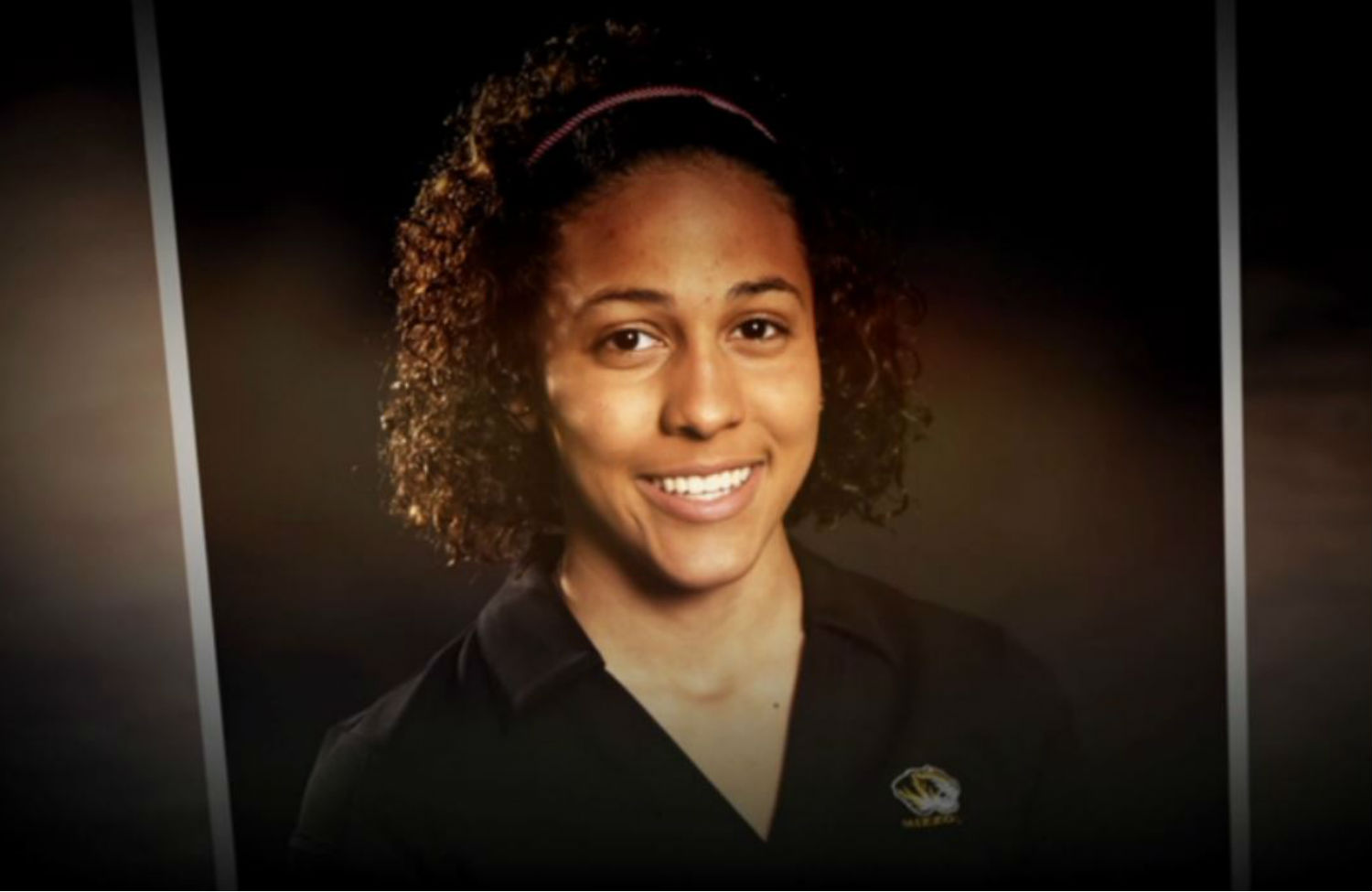 Last week, the president of the University of Missouri passed an executive order stating that unless a faculty member is legally bound by confidentiality, he or she must report claims of sexual assault to the school’s Title IX coordinator. This order comes in response to an incident in 2010 in which the university did nothing in the face of knowledge that some of its football players might have raped a fellow student-athlete. As ESPN’s Outside The Lines (OTL) reported in January, despite evidence that at least one member of the athletic department staff knew of the alleged rape, there was never an investigation and law enforcement was not notified. The victim, Sasha Menu Courey, killed herself in 2011.

This is an all too common story in sports: Just today, in fact, The New York Times published a deeply-reported investigation of an alleged rape by Florida State’s Heisman Trophy-winning quarterback Jameis Winston. Winston was accused of raping a freshman at a bar near campus in 2012, but a prosecutor quickly dropped the case citing lack of evidence. “In his announcement, the prosecutor…acknowledged a number of shortcomings in the police investigation,” the Times reports. “In fact, an examination by The New York Times has found that there was virtually no investigation at all, either by the police or the university.”

In Missouri, Rolandis Woodland, a former Mizzou football player, spoke out against his former teammates in the OTL report. While at Missouri, Woodland and Menu Courey dated for a short time and remained close friends. Woodland says she contacted him the morning after her assault. “She was distraught and crying, confiding to him that something bad had happened to her without saying exactly what,” OTL reported. Shortly before her death, Woodland says Menu Courey sent him a video of three of his teammates in a dark room with her. Woodland describes what he saw:

You could see her saying “No, no,” hysterically crying…. She uses the name of [redacted player] when she tells him to get off of her, and he says, “It’s only me.” They dim the lights and you could see them switching [assaulting] her but you cannot see who was switching because the lights were dimmed. About three minutes into the tape, she pushed whoever was on her off of her and ran out of the room.

He told OTL that following her suicide, he “angrily confronted three of [his teammates]” and that “one of them admitted being with her sexually…but denied it was against her consent.” That tape is now lost but Woodland stands by what he saw and what Menu Courey told him.

The OTL revelations generated a spike in media coverage, but it was short-lived, with the exception of local reporting in Missouri. Much of the national response focused on explaining away Missouri’s culpability or gauging the university’s response to the claims, with only a few pieces directly discussing the problem of campus sexual assault. Coverage of the case faded soon after the Columbia Police Department announced they would investigate the case and the University of Missouri Board of Curators agreed to allow an independent counsel to investigate.

Just a few weeks after Outside the Lines published the story about Menu Courey, another former Missouri football player, Michael Sam, went to OTL to announce that he is gay. Coverage of the story dwarfed the coverage of the rape and death of Menu Courey, with outlets ranging from ProFootballTalk to The New York Times praising the University of Missouri, its football program, the players and Sam himself. And rightfully so. The university administration, Sam’s teammates and coaches, along with students at Missouri knew Sam was gay since August of last year. But, according to ESPN, Sam chose to wait on making a bigger announcement until at least after the end of the season, and his decision was honored. Once Sam made that announcement, stories appeared with titles like, “Missouri’s campus celebrates Michael Sam’s announcement,” “Mizzou fraternity shows support for Michael Sam” and “Michael Sam gets standing ovation at Missouri basketball game.” (TheNation.com, notably, used the occasion to call attention back to Menu Courey.) When the NFL draft takes place in early May, Sam will be one of the most-watched players.

Sam’s story—a highly-touted NFL prospect who announced he is gay—is a story that fits nicely into a progressive media narrative about ending homophobia in sports. His teammate Woodland’s story, on the other hand, speaks to the disturbing pervasiveness of sexual assault on campuses in the US. Sam’s story is one in which the locker room at Missouri is a place of acceptance and camaraderie; Woodland’s is one in which sexual assault might have been committed by those very same former teammates. In a sports media climate that upholds values that are already understood and respected (say, the tight-knit space of a locker room), Sam is everywhere and Woodland is an after-thought in a story that has become an after-thought, like all the many, many sexual assault cases that are themselves after-thoughts.

Today Rolandis Woodland lives in St. Louis and teaches kindergarten, according to Sports On Earth’s Gwen Knapp. It was Menu Courey’s parents who asked Woodland to speak with OTL. They aided OTL’s sixteen-month investigation by giving the team any relevant documents they had. This included Menu Courey’s journal in which she described the assault, a description of her conversation with an athletic department academic advisor in which she disclosed her assault and her increasingly distraught feelings.

Woodland told Knapp he made the decision to tell what he knew because, “It’s too late for Sasha. She can’t speak for herself. She needs people to speak for her. I had to do it. She believed in me and I believed in her.” He believes her still. Woodland knew, though, that speaking up against his former teammates could hurt people he cares deeply about and could bring him negative attention. “I was scared,” he told Knapp, “They’re my teammates, and I love those guys.… They’re like my brothers. But this event occurred, and Sasha needed my help.”

Perhaps his fear was related to the backlash people often receive when they speak out against football players from high-profile programs. This dynamic was illustrated at Missouri this past week. While searching for his girlfriend, star wide receiver Dorial Green-Beckham allegedly pushed his way into her friend’s apartment and then shoved one of the women who lived there, causing her to fall down at least four stairs. The investigation ended, though, when the women refused to cooperate with police. “She was afraid of the media and community backlash since Green-Beckham is a football player for the University of Missouri and is possibly going to be in the NFL Draft soon,” a police officer working the case wrote of one of the women. The officer also wrote that she stated “she was afraid of being harassed and having her property damaged just because she was the victim” and that she “did not want to deal with the mental stress of the whole ordeal it was already making her physically sick to think about it.”

To their credit, the Missouri football staff cut Green-Beckham from the team because of the incident. But this fear is unfortunately not misplaced. Many cases of violence against women are referendums on victims and allies, not the perpetrators. When Rolandis Woodland spoke out, for example, Mizzou fans made charges that Woodland was just looking to gain attention. Even so, he told Knapp that none of his teammates had said anything negative to him about his choice.

For now, an arrest seems unlikely. According to a public information officer at the Columbia Police Department, “there are no updates” on the investigation. However the OTL report does seem to have had an effect on the university. In February, the school announced that it had hired independent counsel “to conduct an investigation to determine whether university employees acted consistent with law and university policy regarding the allegations of the sexual assault or rape of former MU student-athlete Sasha Menu Courey.” On April 11, the Associated Press reported that the independent counsel found “that the University of Missouri failed to follow parts of the federal law that governs sexual harassment on campus.” The counsel did not, however, make any recommendations.

The university also launched a task force to assess its policies and procedures for reporting sexual assault. In March, the university newspaper, The Missourian, reported that the school was close to revising its confusing employee policy for reporting suspected sexual violence. The site revealed that there was no “mandatory training for MU faculty or staff on how to handle the reporting of Title IX incidents” and that this had led many faculty members to feel unsure of who needs to report or what they need to report. Last week’s news of an executive order compelling staff to report sexual assault was a good step forward.

And so, while Woodland’s choice to speak publicly may not bring legal justice, there is a chance it will help future victims on Missouri’s campus. This is no small outcome. In January President Obama announced a new White House Task Force to Protect Students from Sexual Assault. According to a report released in conjunction with this announcement, 20 percent of all women who attend college in the US experience sexual assault while there. Like Menu Courey, very few of those women report their assaults. In the wake of the Steubenville High School rape case, in which students stood around and did nothing as football players from their school sexually assaulted a young woman, Woodland going on record should serve as a model for others. “Bystander intervention” is a term thrown around a lot these days as a way for people to help stop sexual assault (though focusing on changing someone’s behavior besides the perpetrator’s is problematic in its own way). At its core, bystander intervention is built around a simple idea: in order to curb sexual assault, victims need allies and advocates, and perpetrators need to know that people close to them in their communities will call out their behavior. Woodland is a model for this.

Michael Sam and the community at the University of Missouri, from the administration to the football program to the student body, all deserve recognition for showing what it means to be respectful of how and when a person comes out publicly and for modeling what it means to actively challenge homophobia. But Missouri has another lesson to teach us. We should be encouraging more people to be as brave as Rolandis Woodland, to call out sexual assault, and to be willing to place the safety of others over football. Michael Sam is a hero to many. Rolandis Woodland should be too.