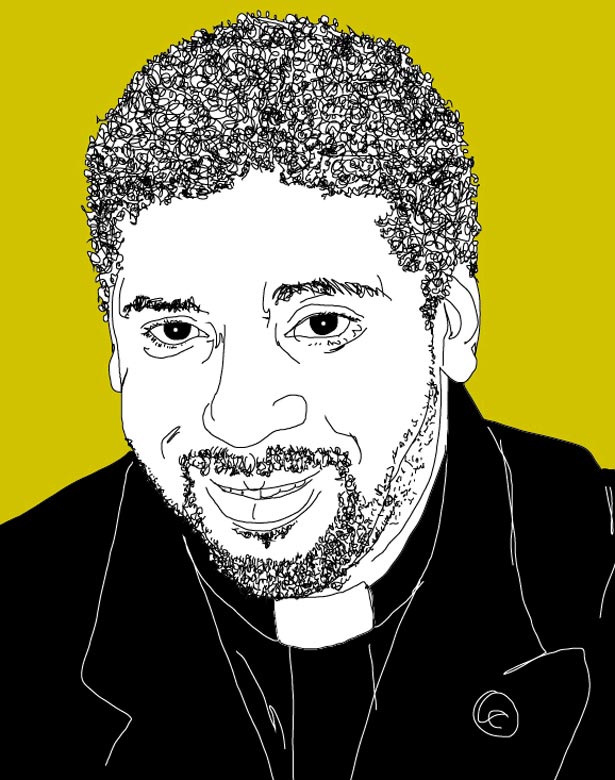 How do we build a people’s movement? We start with vision. Prophetic moral vision seeks to penetrate despair, so that we can believe in and embrace new futures. It does not ask if the vision can be implemented—questions of implementation are of no consequence until the vision can be imagined. The slaves didn’t get out of slavery by first figuring out how to get out; they got out because they were driven by a vision that said, “Oh freedom over me. / And before I’d be a slave / I’d be buried in my grave / And go home to my Lord and be free.”

If we are going to have a real populist movement in this country, we have to reinstate an imagination that is not driven by pundits but by a larger vision. Most of the time, your greatest vision comes in your darkest night, because it is then, Martin Luther King Jr. said, that you see the stars. Populist movements don’t build when everything is fine. A populist moral vision is a form of dissent that says there’s a better way, there’s a moral way.

I believe we are in the middle of a Third Reconstruction—and that we are facing the reaction to it. The First Reconstruction was built and led by a multiracial Southern fusion movement after the Civil War. It was crushed by the nation’s acceptance of Jim Crow, as codified in the Supreme Court’s Plessy v. Ferguson decision of 1896, and by decades of white terror attacks on black people. The Second Reconstruction can be traced to that glorious day in May, sixty years ago, when nine white men in black robes said no forever to the evil system of Jim Crow in Brown v. Board of Education. For the next fourteen years, young and old, rich and poor, white, black and brown risked their lives, their fortunes and their sacred honor to repair the breach in God’s human race. In 1968, with the murder of King, the destruction of the organizational infrastructure of the Southern freedom movement and a clever propaganda campaign based on racist appeals to white voters, “Southern Strategy” extremists began what has become nearly a half-century effort to dismantle the gains of the Second Reconstruction.

Now we’ve begun a Third Reconstruction, a movement signaled by the 2008 election of Barack Obama and the emergence of a new majority electorate. His campaign used some of the elements of fusion politics that were used in the 1800s and 1960s. In North Carolina, we had a movement that had already reformed the voting laws before Obama was on the ballot—an interracial, intergenerational, anti-poverty, pro-labor, fusion movement that was challenging even Democrats to be more committed to a moral vision.

When Obama won the state, he revealed the potential of a new fusion majority, one that directly challenges the right’s Southern Strategy. And that scares the daylights out of them. In both the First and Second Reconstructions, it took the right a while to mount an effective reaction. With Obama’s election, the right said “Hell, no!” even before the man was inaugurated.

The fusion vision and movement is not being attacked because it is weak. We’re being attacked because the right sees—sometimes more clearly than we do—our power. This is as old as the Scriptures. Psalm 78, one of the most tragic psalms in the Bible, relates how Ephraim had everything needed to win the battle but chose not to fight. We have everything we need, but the question is: Are we going to be discouraged by a few lost elections and a few bad laws? Or will we listen to Dr. King, who said there comes a time when you have to stop being a thermometer and become a thermostat that transforms the mores of society.

We need a transformative movement—state-based, deeply moral, deeply constitutional, pro-justice. We need to build for the long term, not around one issue or campaign. That’s just what we did with our Moral Monday demonstrations last year, after Speaker of the North Carolina House Thom Tillis pushed through an extreme agenda, signed by Governor Pat McCrory, that cut unemployment benefits, Medicaid and funding for public education, even as they cut taxes for the wealthy and passed the most draconian voter-suppression law in the country. We entered the Assembly on April 29, beginning a campaign of civil disobedience that became the Moral Monday movement. That action was the culmination of years of coalition building.

We need a deeper language that gets into people’s souls and pulls them to a new place. Labor rights are not a left or right issue. Women’s rights are not left or right; education is not left or right; helping people when they are unemployed is not left or right. Those issues are the moral center of who we claim to be as a people. And I’m here to tell you, when you call people to fight on issues of principle rather than party, it works. After we took Moral Monday on the road throughout the state, we saw more than 80,000 come to the capital in Raleigh this past February, the largest gathering in the South since Selma—60 percent of it white—saying, “We’re all connected.” Since April 29, we’ve had 114 different activities around the Forward Together Moral Movement. More than 900 of us have been arrested for lifting up this cause, and thousands have taken part.

I want to know, are you ready to fight? God has given us everything we need; all we need to do is fight back and fight forward. And if we do it, our children’s children will hallow our name, because in the time of challenge, we did not give up.