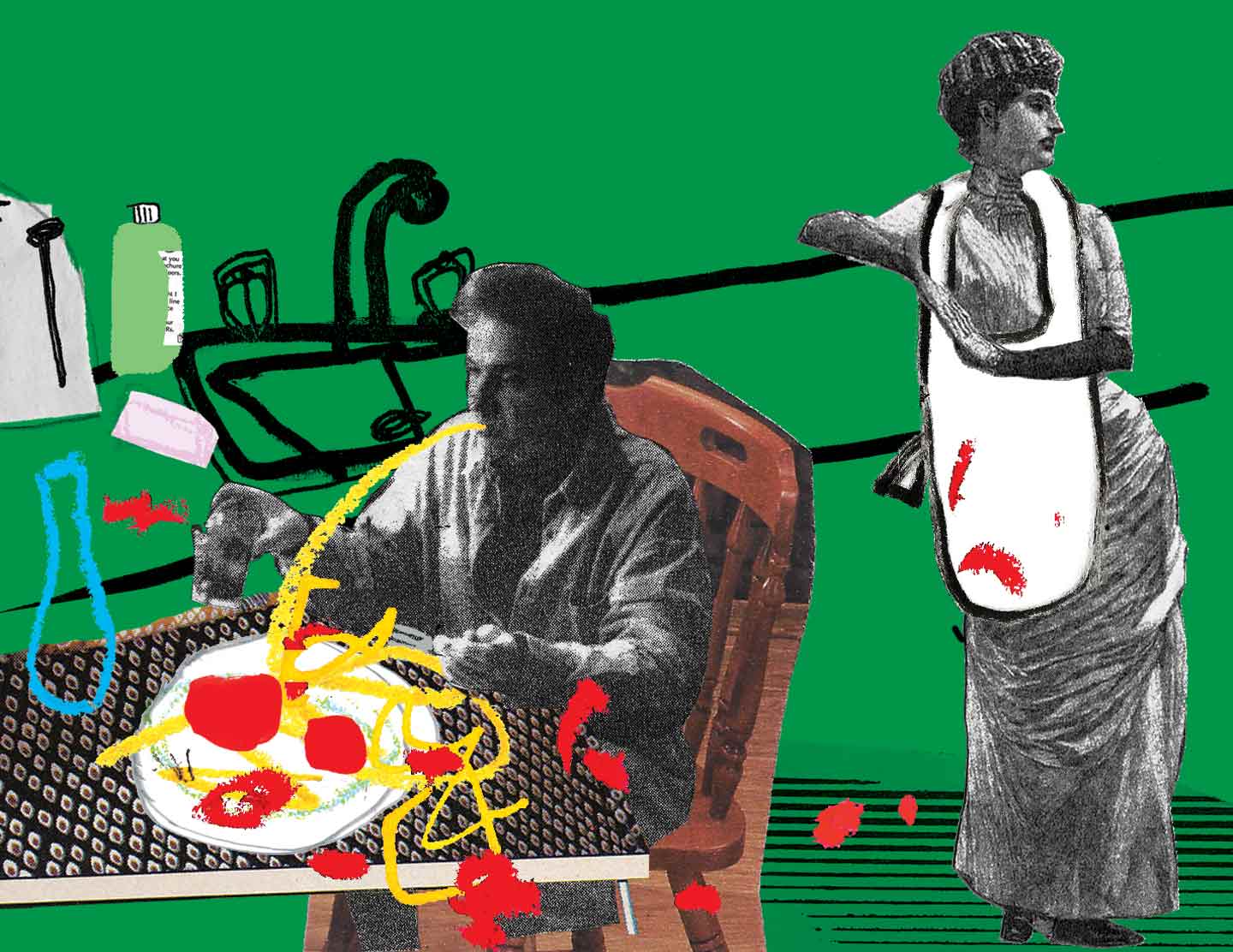 I just hosted this guy for six days. He spoke at a conference I helped organize. He didn’t say “Thank you” to me, either publicly or privately. His politics are right on—we believe in the same things and dislike the same people—but he was a total boor. He would walk into my kitchen in the morning and grunt—not even a “Good morning”! He never acknowledged any of my work, the great conference, or the amazing woman who delivered the other plenary lecture. He talked nonstop and alienated almost every person who came into contact with him. He will never get an invite back here—ever. And yet he complains bitterly about his career and being treated like shit. 2

He is over 60. Is it too late for him? Should I not bother giving him a piece of my mind? 3

I’m glad he came, but I think these kinds of male socialists have actually held back political solidarity by being such dicks. He was so full of himself and his labor strategy and his connection to Jeremy Corbyn. I kept thinking, “Oh, shit—this guy is out there doing damage to the Labour left by acting like an entitled, drunken 16-year-old.” 4

—Hostess With the Mostest (Feminist Rage)6

Dear Hostess With the Mostest,7

Your story reminds me of a couple I know who hosted a celebrity leftist back in the 1990s. He stayed for two weeks and never took a shower. He was messy and expected them to clean up after him. At one point he declared, addressing the woman of the couple, “I’m ready for my tea now.” It’s ridiculous that men like this still exist, and it’s high time someone schooled them.8

Your oafish guest could redeem himself (slightly) with a courteous thank-you note, but if that’s not forthcoming, Hostess, do him—and the movement—a favor and give him some constructive criticism.9

He has, quite possibly, decades of political life left. His alienating behavior could continue to hurt his own career (no doubt his manners have much to do with why he’s been “treated like shit,” though I’m sure he imagines it’s because of his politics). As you suggest, without an intervention, he’ll also continue to make democratic-socialist politics look bad. Particularly in the United States and the UK, the failings of men like this are easily exploited by neoliberals who don’t wish us well (infuriatingly, since we all know plenty of neoliberal misogynists). Worse, such behavior from celebrated left-wing men is also divisive, sending the message that women don’t belong in our movement’s intellectual circles.10

He’s certainly not too old to change his ways. If you live too far away to talk in person, write him an e-mail. Choose a few of the most serious offenses—not many of us could absorb such a long list of our shortcomings, no matter how much we might deserve the upbraiding. I notice you do have kind things to say about his visit: You enjoyed connecting with a like-minded comrade, and you were glad he came. Open and close with these generous thoughts; in between, convey the bruising downsides of hosting him.11

He won’t be grateful. He might even spread the word that you’re a cruel harpy. But who cares? You don’t need him, personally, professionally, or politically. Besides, he needs to hear it—and the global left needs you to speak up.12

When a public figure commits suicide, you often see people on social media offering to be a personal suicide hotline of sorts for anyone in their circle who might also be suffering (“I’m here for you!”). The intention is great, but I’m skeptical that people who haven’t been trained to handle this problem should be taking it on.14

So I’m wondering: What’s the socialist view on how to manage this very difficult situation, when mental-health care is so lacking and people, on an individual level, are ill-equipped to provide it for serious distress? What’s the good, comradely thing to do?15

The kinds of posts you’re describing are not only well-meaning; they may actually help. Social isolation is a major cause of severe depression and suicide. Seeing that someone you know cares and is willing to help “diminishes that sense of social isolation and tethers you to the world,” says Dr. Tony Charuvastra, a psychiatrist and clinical assistant professor at New York University’s Department of Child and Adolescent Psychiatry. “We can’t replace social connection with expertise. The social fabric is so important.”18

I Think My Friend Is a Jordan Peterson Fan. What Should I Do?

Dr. Charuvastra notes that shame prevents many people from seeking help. These social-media posts can help destigmatize mental illness, making it easier to reach out. They’re also important because suicide is often an impulsive act: Many people who attempt it don’t try again. This means that any effort to intervene can make a difference. In 2010, GQ published an article, “The Suicide Catcher,” about a man who stationed himself on a bridge over the Yangtze River in China and physically prevented people from jumping off. He wasn’t a trained professional, but given what we know about suicide and impulsivity, he probably saved many lives.19

Of course, you’re right that in addition to fellowship of this kind, a person who is suicidal needs professional help. If you’re talking with a suicidal person, suggest calling a suicide hotline together, or offer to go with them to the hospital. If they’re already being treated for mental illness, urge them to call their therapist.20

You’re also right to fight for socialism if you’re concerned about this issue. Stephen Platt, a professor emeritus of health-policy research at the University of Edinburgh, has reviewed the literature and notes that, in rich countries, there’s a strong connection between inequality and rising suicide rates. Lower-income, downwardly mobile, or unemployed white men are especially at risk. And, as you correctly observe, many people have no access to mental-health care, which has to be a demand of any struggle to socialize medicine.21

Of course, fighting for a better world doesn’t help those who are feeling suicidal right now. But our socialist desire for a more collective society can inspire us to help people in our own communities feel a bit more connected.22

Biden’s Potential Next Climate Adviser Has Ties to Big Oil

To the Hypocrite Go the Spoils

The Sea According to Rachel Carson