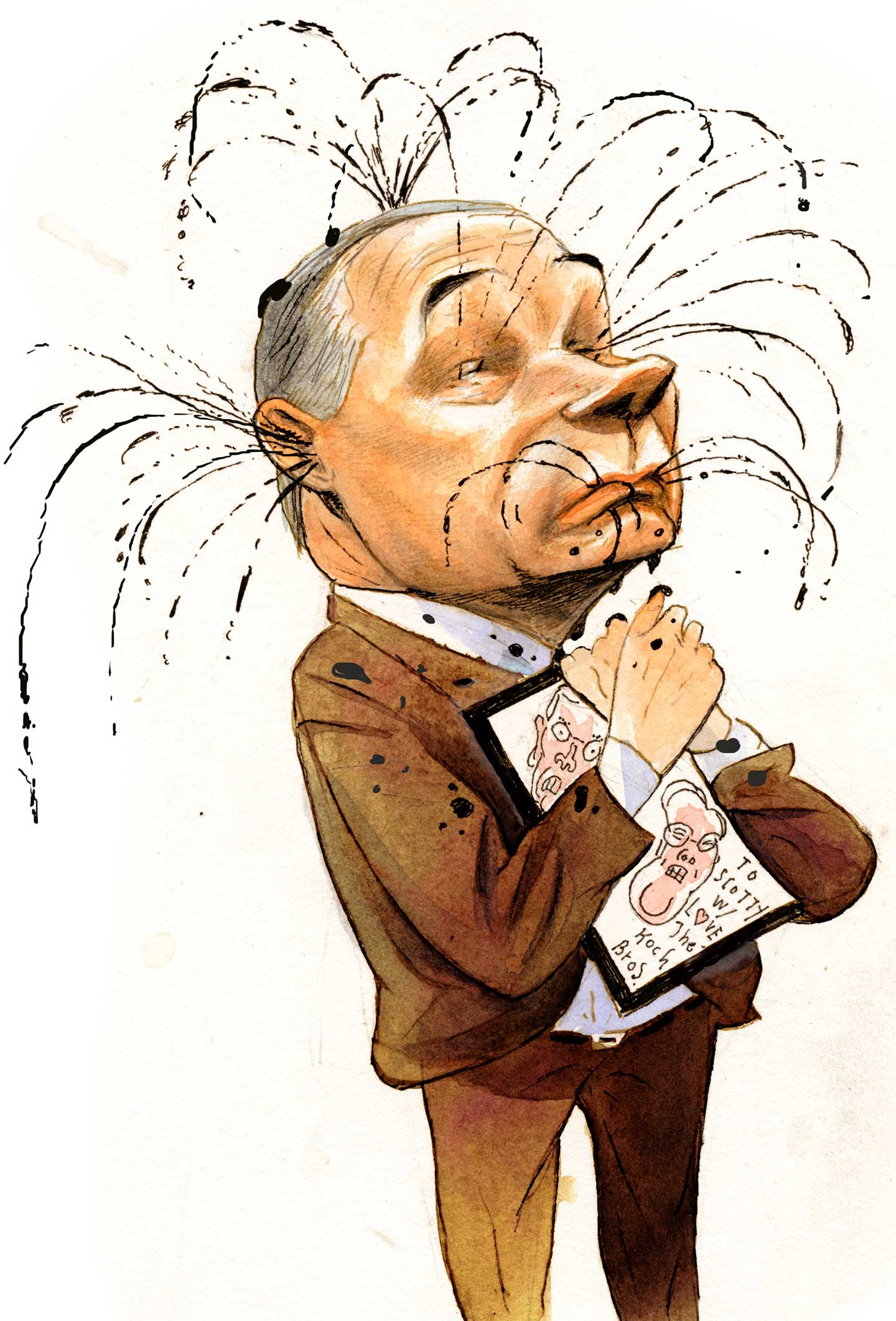 Who is he?
Allied with the Koch brothers and big oil, Pruitt organized opposition to environmental regulations as Oklahoma’s attorney general. Naturally, he was Trump’s choice to head the EPA, where he immediately announced that he did not believe carbon pollution was a major cause of climate change.1

Why is he dangerous?
Pruitt is a man on a mission, and he has the political connections to advance it. Closely tied to the industries that have turned the Republican Party into a vehicle for climate-change denial, Pruitt’s appointment satisfies key GOP donors. He’ll have maximum support from the White House and Congress as he disembowels environmental protections.2

What’s his weakness?
Senate majority leader Mitch McConnell had to pull out all the stops to get Pruitt confirmed, as the Center for Media and Democracy had just forced the release of documents that confirmed his alliances with climate-change denialists. He’s also plagued by lawsuits and investigations because, as Senator Sheldon Whitehouse says, “This guy ran his own dark-money operation.”3 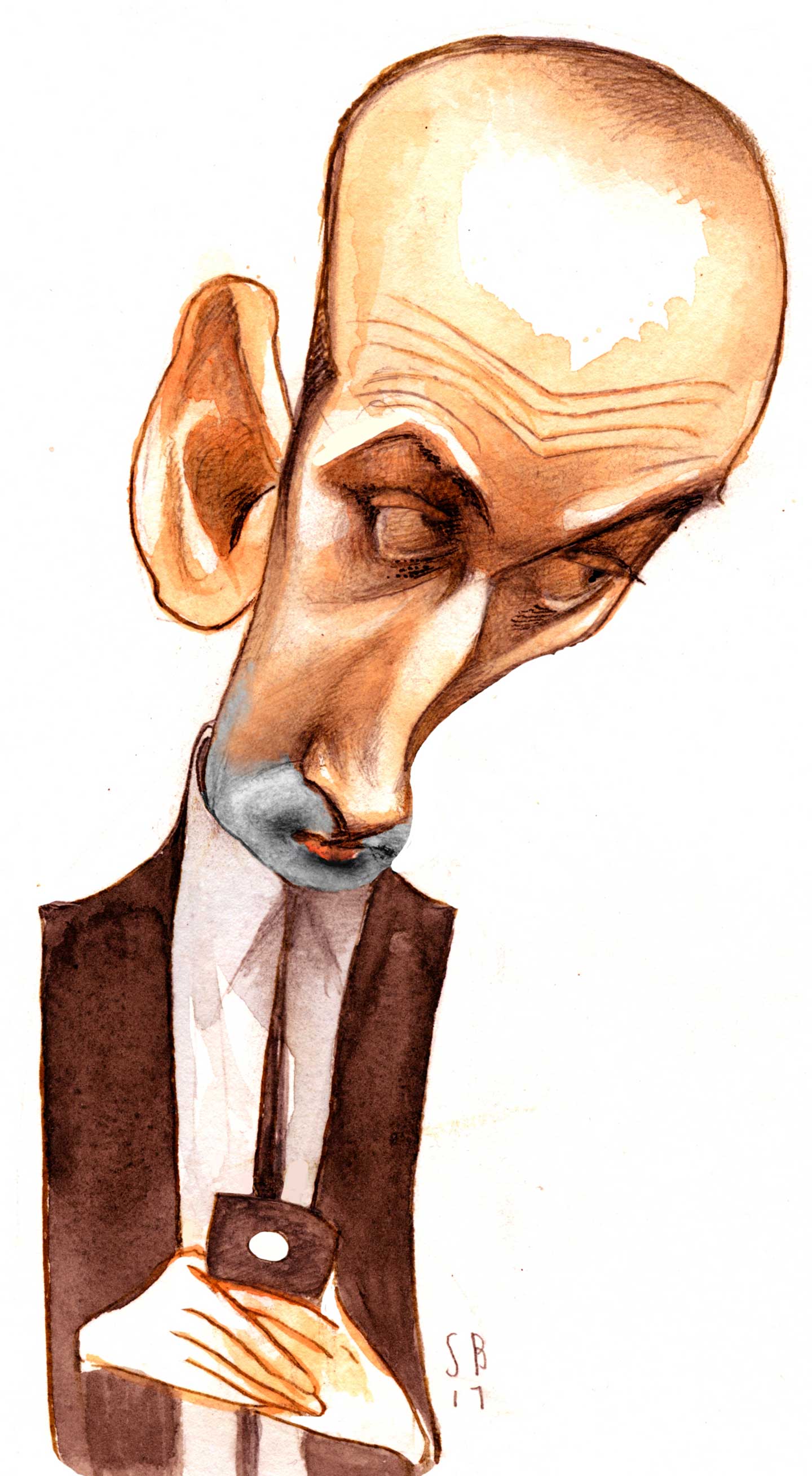 He Who Will Not Be Questioned

Who is he?
More Bannon than the just-fired Steve Bannon, Miller joined the far right in high school, agitating against diversity initiatives. A former aide to Jeff Sessions, Miller helped write Trump’s incendiary inaugural speech. He shocked the nation when he said on TV that “the powers of the president to protect our country are very substantial and will not be questioned.”4

Why is he dangerous?
A rabid supporter of anti-immigrant and anti-Muslim initiatives, including the travel ban, Miller was hailed by a prominent white supremacist as someone in the administration who has “a clearer understanding of race.” He knows how to stay in Trump’s good graces; after Miller scared America with his bizarre TV appearance, Trump tweeted: “Great job!”5

What’s his weakness?
Miller pushes Trump to extremes and reinforces the president’s worst instincts. He is also dismissive and disrespectful toward mainstream conservatives. With Bannon’s ouster, Miller’s position has become more precarious.6 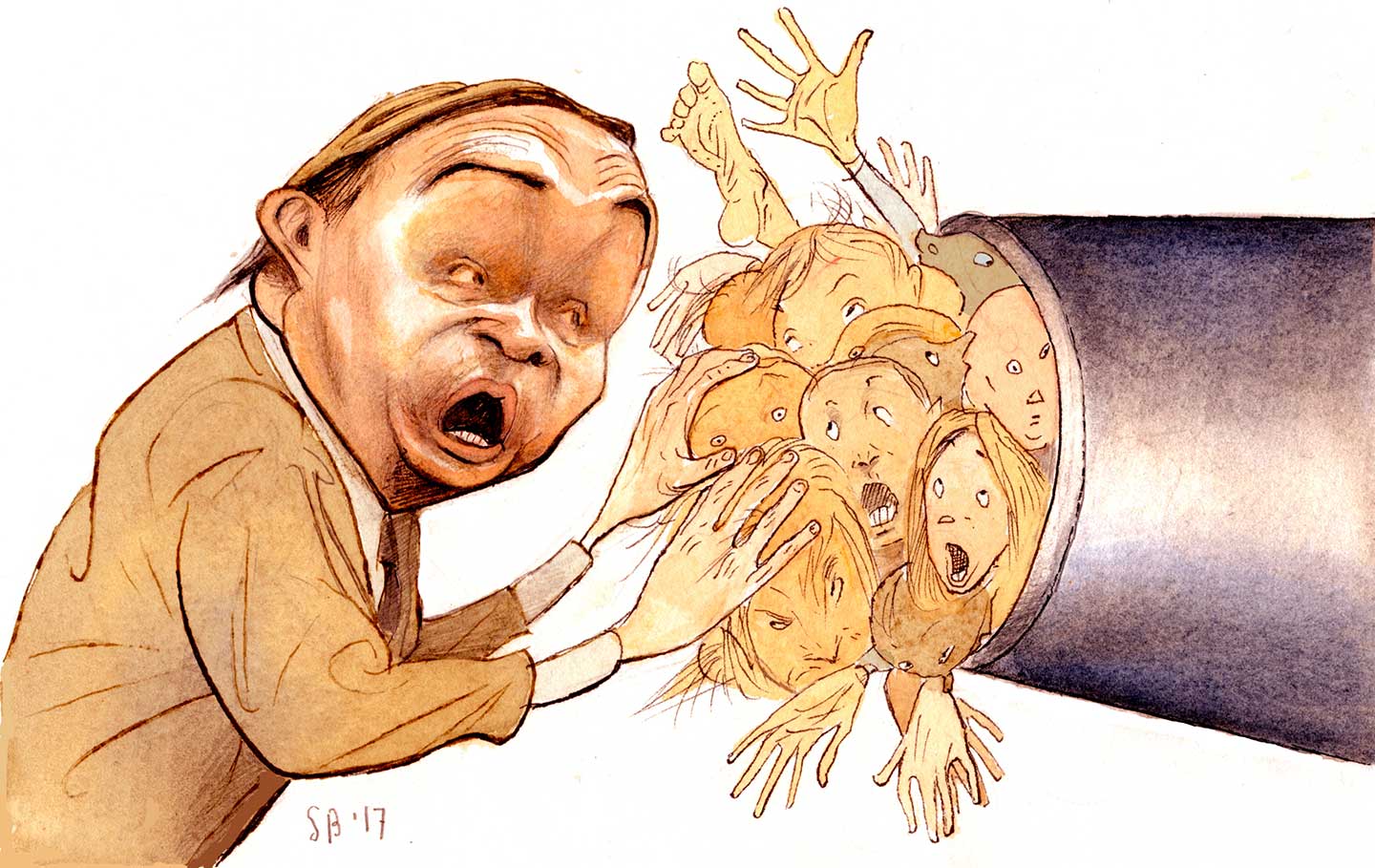 The Director of the Office of the Military-Industrial Complex

Who is he?
A scandal-plagued real-estate developer who joined the House Freedom Caucus as a member of Congress, Mulvaney is now director of Trump’s Office of Management and Budget, where he’s promoting a Pentagon-first approach. The Trump-Mulvaney plan would dramatically increase military spending and pay for it by gutting domestic programs.7

Why is he dangerous?
Mulvaney had the difficult task of boiling down Trump’s frequently contradictory campaign promises into a budget plan. His solution has been to embrace a perverse combination of austerity for those in need, tax cuts for the rich, and budget-busting largesse for military contractors.8

What’s his weakness?
Mulvaney’s crackpot theories—he claims the Congressional Budget Office is not up to analyzing proposals like the GOP assault on the Affordable Care Act—place him on the extreme end of conservative economic policy-making. He didn’t earn much respect on Capitol Hill, and the response to his budget plan suggests the regard for his abilities has only decreased.9 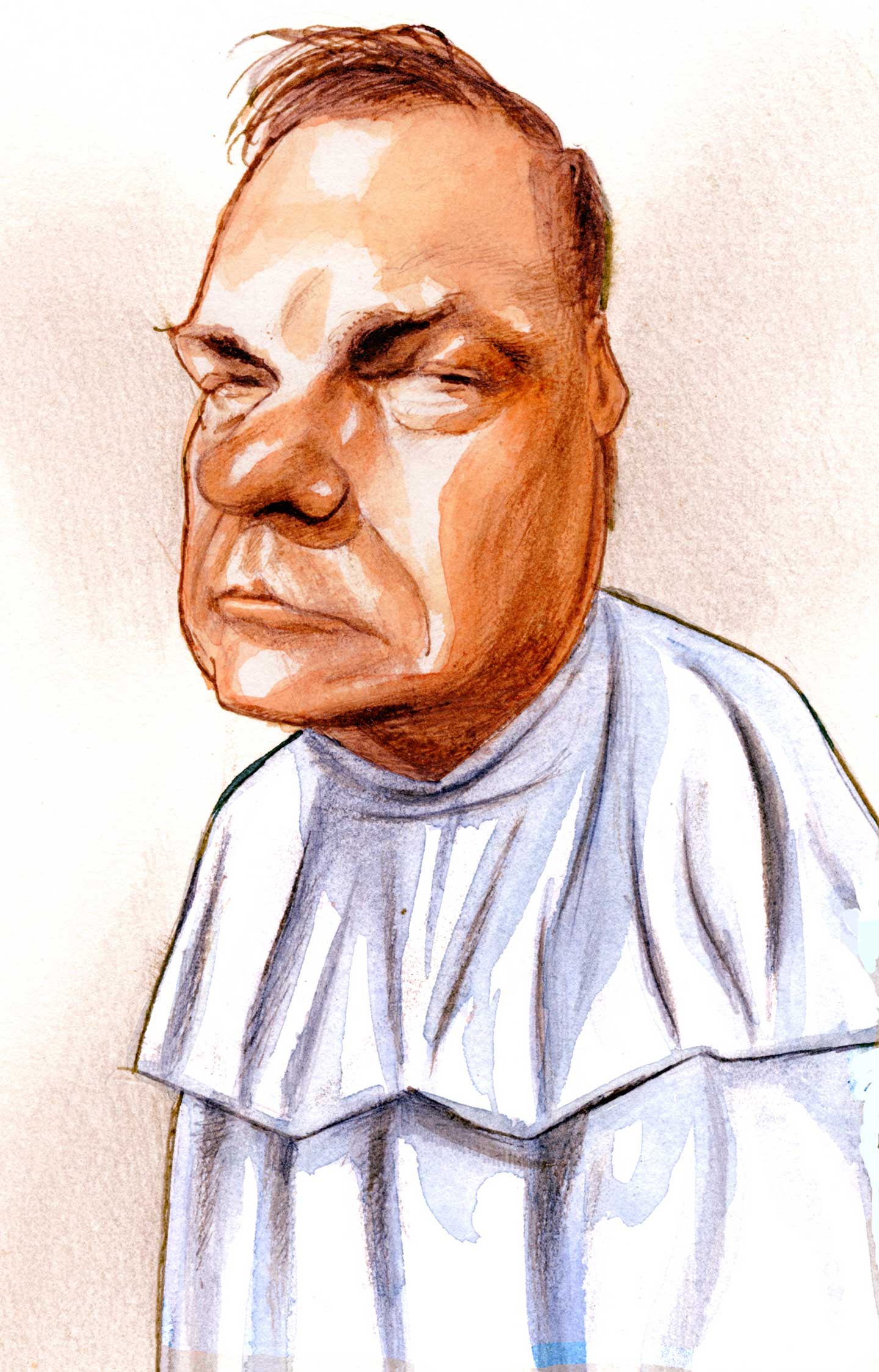 The King of Voter Suppression

Who is he?
Co-conspirator with ALEC in creating the myth of voter fraud, Kobach pioneered the “illegal voting” meme that GOP state legislators have used to enact voter-ID laws and other barriers to democracy. Trump has now named Kobach, the Kansas secretary of state, as the de facto head of his Orwellian Presidential Advisory Commission on Election Integrity.10

Why is he dangerous?
Viciously anti-immigrant, Kobach has been highly effective at framing the arguments for voter-suppression schemes. Now, enabled by Trump’s delusions about why he lost the popular vote, Kobach is trying to extract voter information from the states in order to take his agenda national.11

What’s his weakness?
Kobach always overreaches, stretching facts to the breaking point. Even Republican secretaries of state have resisted his demands for voter information. Meanwhile, the ACLU is pursuing legal action demanding that a federal judge unseal the documents that Kobach was photographed holding when he met with Trump, which may be an outline for rewriting the National Voter Registration Act.12 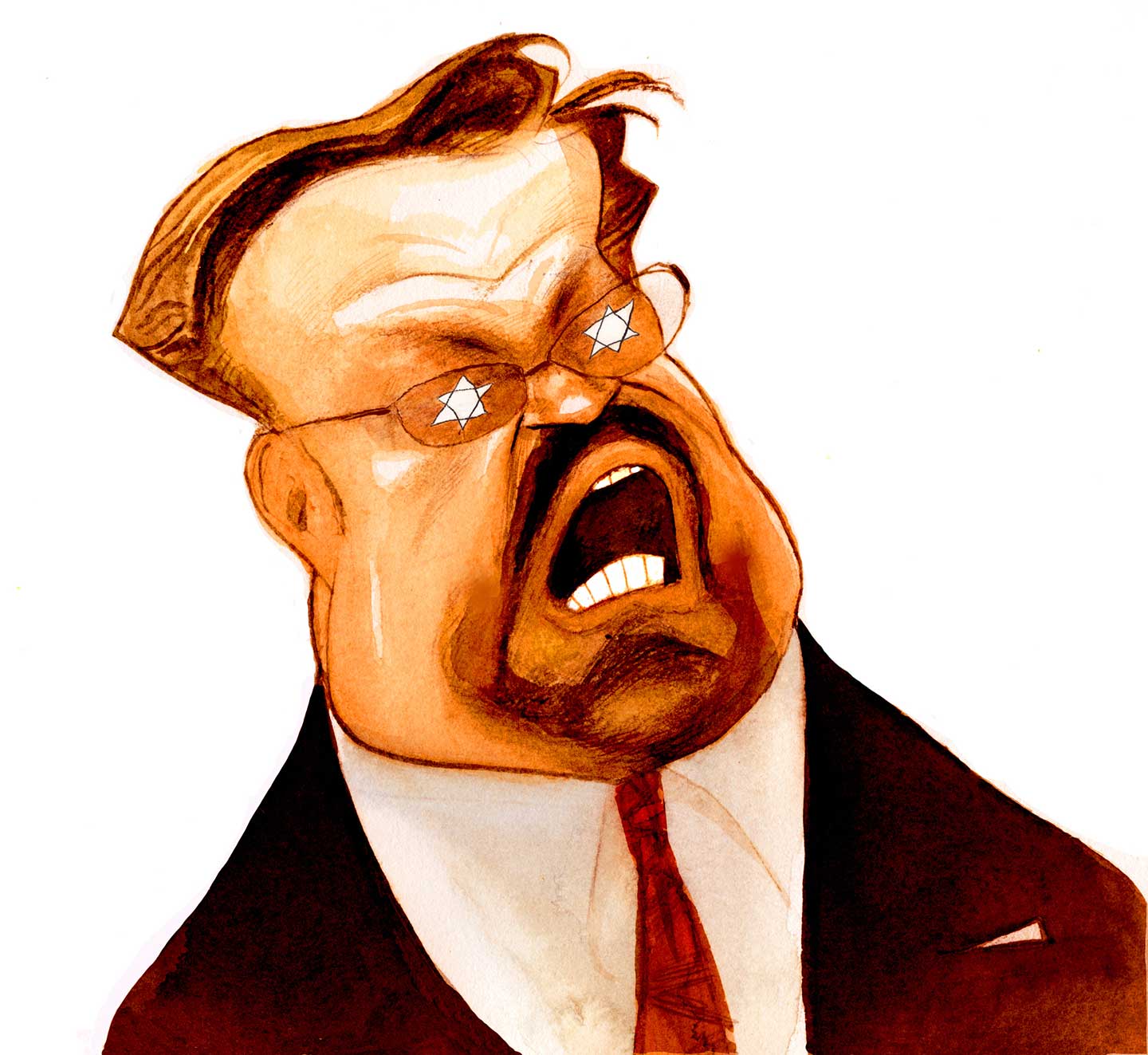 The Jihad Whisperer With the Anti-Semitism Badge

Who is he?
Gorka is Trump’s adviser on “radical Islam” and irregular warfare, counterinsurgency, and counterterrorism, and the president really likes what he hears. When it was reported that Gorka had failed to reveal his links to Hungarian fascist groups on his citizenship papers, members of Congress started to call for investigations.13

Why is he dangerous?
Trump likes Gorka because he tells Trump what he wants to hear about Muslims. But what Gorka actually knows on the subject has been called into question by experts. “He doesn’t understand a fraction of what he pretends to know about Islam,” says Mia Bloom, a former fellow at Penn State’s International Center for the Study of Terrorism, while Adrian Weale, a former British Intelligence Corps officer, says that Gorka “has never been an operational practitioner of counterterrorism.”14

What’s his weakness?
Gorka is plagued by reports about his involvement with a Hungarian group that the State Department includes on its list of World War II–era Nazi-allied and Nazi-directed organizations. Congressman Jerrold Nadler has said “there should be zero tolerance for anyone working anywhere in the Administration who shares the offensive views propagated by [such] organizations.”15 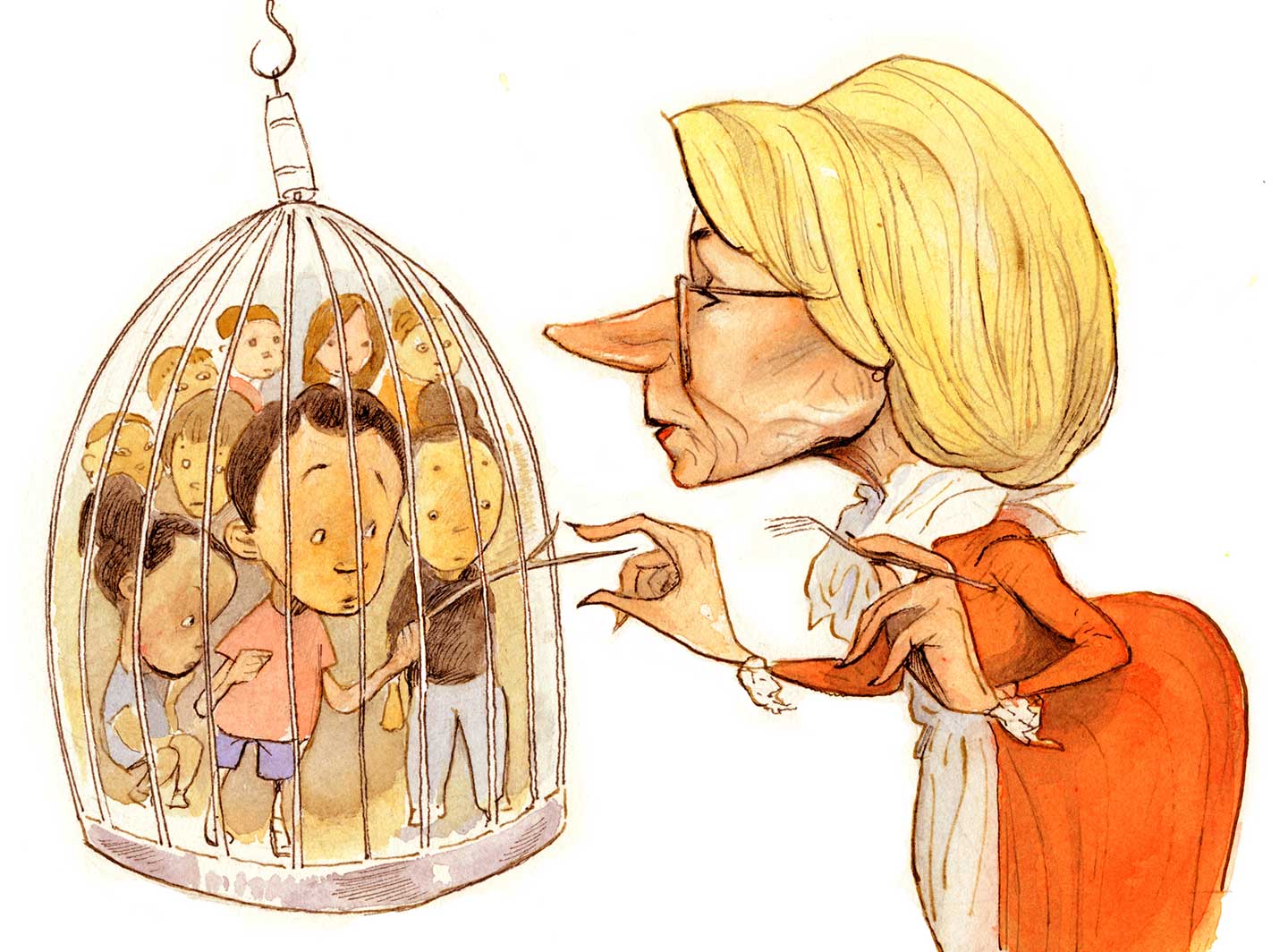 The Investor Who Got a High Return

Who is she?
There is no better indicator of Trump’s disregard for policy expertise than his appointment of DeVos, an unrelenting advocate of school privatization, as his education secretary. A billionaire heiress and the sister of Blackwater mercenary Erik Prince, DeVos and her family have reportedly given more than $200 million to the Republican Party and conservative causes. At her confirmation hearing, Senator Bernie Sanders asked, “Do you think that…if your family had not made hundreds of millions of dollars in contributions to the Republican Party, that you would be sitting here today?” The best reply DeVos could muster was: “I do think there would be that possibility.”16

Why is she dangerous?
DeVos is so unqualified and uninformed that only a tie-breaking vote by Mike Pence put her in charge of the Department of Education. She is using her perch to promote the diversion of taxpayer funds to discredited “school choice” schemes and to advance right-wing social engineering under the guise of education policy.17

What’s her weakness?
The threat that the DeVos agenda poses to rural schools has already set off alarm bells among Republicans who represent small towns. If Democrats focus on building coalitions in favor of public education, and if the teachers’ unions stay on the case, her plans can be thwarted with smart budgeting and oversight.18 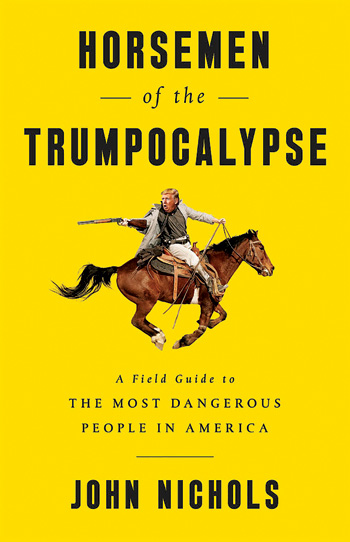 Adapted from Horsemen of the Trumpocalypse: A Field Guide to the Most Dangerous People in America, by John Nichols. Copyright © 2017. Available from Nation Books, an imprint of Perseus Books, a subsidiary of Hachette Book Group.