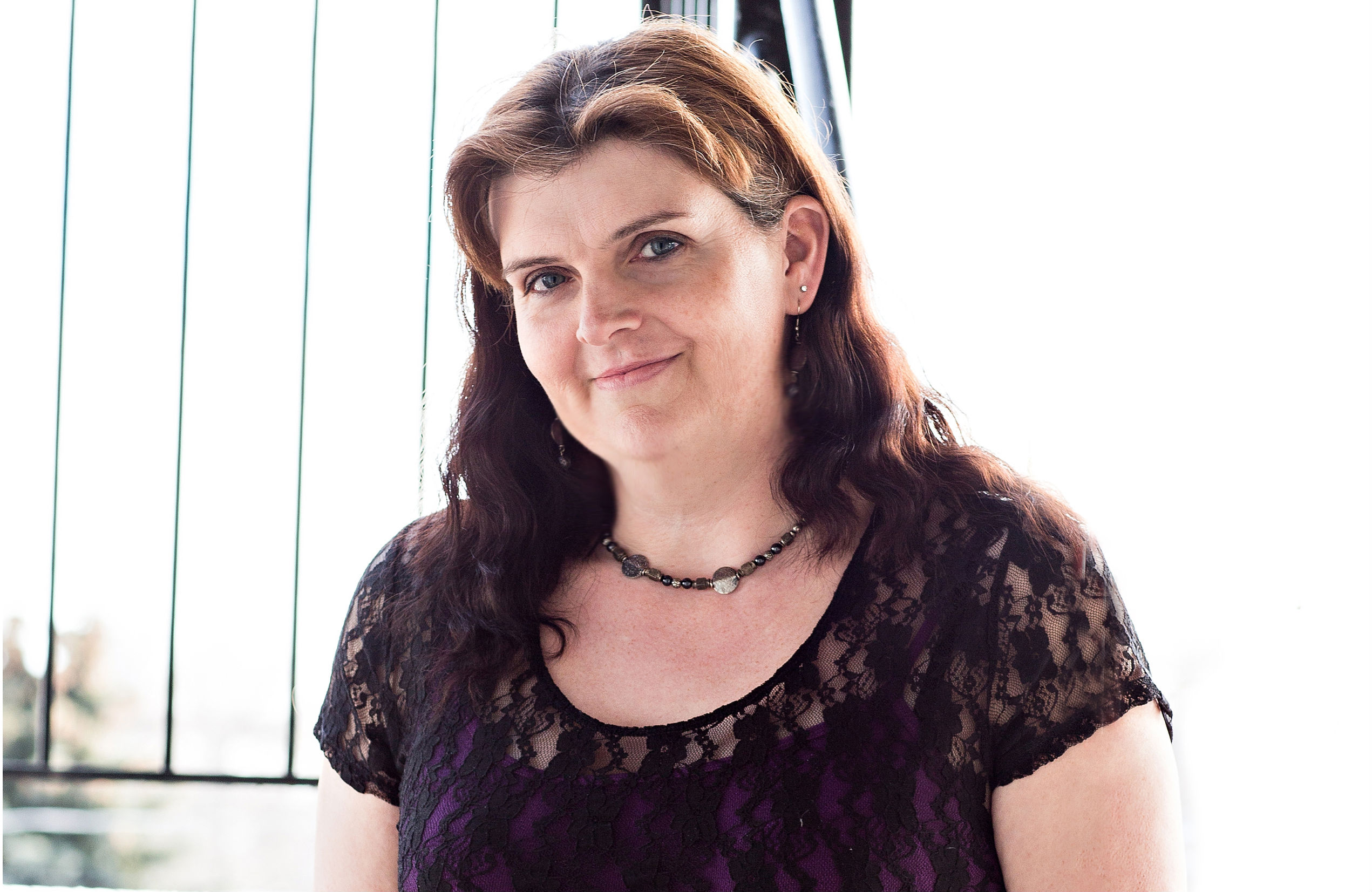 The Supreme Court’s decision in Burwell v. Hobby Lobby Storesrevealed just how far the law now allows corporations to reach into women’s private lives. Now, another case against the same craft store chain is reaching into the ladies’ room as well.

Meggan Sommerville, a Hobby Lobby frameshop manager in Aurora, Illinois, has for years been shut out of the store’s bathroom because her boss insists that, as a trans woman, she cannot use the facilities. She is pressing a discrimination case with the Illinois Human Rights Commission, contending that the ban is both insulting and illegal under state laws barring discrimination in both employment and in public accommodations. The lockout has become a full-fledged civil rights battle—and perhaps the next legal showdown in the debate around corporate personhood, religion and civil rights at work.

A sixteen-year Hobby Lobby employee, Sommerville underwent her transition in 2010, and after informing her manager and having her legal identity changed, she says that her coworkers and customers have been supportive throughout the process. But for management, the bathroom door remains a bridge too far. The company’s persistent rejection of her demand for equal access seems to reflect the ideology that drove its Supreme Court crusade against contraceptive insurance mandates under the federal healthcare law. Hobby Lobby’s willingness to flout public mandates to impose conservative values suggests that bias against transgender workers may be another way the company tries to “live out our faith in the way we do business.”

As reported by Newsweek, Sommerville’s pending case, which was first brought in 2011 (and reinstated by the state Human Rights Commission after initially being dismissed by the Human Rights Department for lack of evidence), is arguably an even more explicit example of a culture war being waged in the workplace. According to the complaint, Hobby Lobby’s management states that unless she would “undergo genital reconstructive surgery” she would not receive equal treatment as a female employee.

When Sommerville showed up for work just after having her name officially changed, she recalls, “I was told I would not be allowed to use the women’s restroom even though I had legally changed my name… I was devastated. It was a knife-to-the-gut insult to me.”

(Many transgender people do not have surgery, out of choice or due to economic or medical barriers, and it is generally not necessary for official recognition.)

The policy has affected her body and mind, as well as her ability to do her job. To relieve herself she must find another bathroom at an outside business or public facility. The complaint states that she was diagnosed in 2012 with thyroid problems and Fibromyalgia, which affect the bladder, and has suffered dehydration from “limiting her intake of fluids.”

In addition to the alienation imposed by her employers’ assumptions about her genitalia, the complaint states that, forced to use the men’s room, she has had to wait around or hide to avoid encounters with male users.

The experience that pushed Sommerville to take legal action was the humiliation of being “caught” using the gender-appropriate bathroom and then receiving “a written warning of insubordination”—a reprimand for acting like the woman she was.

“I felt like someone had just basically eviscerated me. My whole world turned upside down,” she says.

The complaint charges that due to Hobby Lobby’s actions, she “has experienced over-anxiousness, embarrassment, shame, depression, anxiety, emotional distress, feelings of helplessness and has had trouble sleeping.”

Hobby Lobby’s exact rationale, however, is still unclear. In contrast to the amped-up Christian rhetoric surrounding the company’s Supreme Court litigation, it has declined to comment publicly on Sommerville’s case (requests from The Nation have so far received no response). According to the complaint, Hobby Lobby has not directly cited religious reasons for its denial of bathroom access.

But Sommerville’s attorneys say the bathroom ban—a rule that was communicated to Sommerville by the Human Resources Department—stems from the corporate leadership’s ideology. “This is not just an issue of a manager” acting independently, says her lawyer, Jacob Meister. “This is a matter that’s risen through the corporate level, all the way…. They’ve [dug] in their heels on this one.”

As further evidence of ideological motives behind its anti-trans discrimination, advocates point to the massive funds (revealed earlier this year by Salon.com) that Hobby Lobby’s corporate empire has pumped into Christian-right and anti-LGBT lobbying groups.

Perhaps the company’s quieter stance on Sommerville’s case reflects its own contradictory policies. It has, after all, recognized Sommerville’s gender identity on various legal grounds, but refuses to let her use a public accommodation that is appropriate for that very same identity. (Not to mention the more fundamental paradox that the company is imposing its will, based on an irrational and unhealthy concept of gender, in a way that asserts corporate personhood over the worker’s own sense of personhood.)

Though Sommerville, a practicing Christian, is comfortable with the company’s general faith orientation, she sees the contraceptives dispute as a similar case of overreach.

“I’m not in favor of any corporation dictating what is best for my medical treatment. I think that is best decided between my doctor and myself,” she tells The Nation. “This case, with the Supreme Court, I see as potentially a slippery slope where corporations can continue to deny access to appropriate medical care based on any number of circumstances.”

Sommerville’s case folds into a wave of activism on transgender rights at work, school and other public spaces. In recent months, a Maine lawsuit led to legal recognition of transgender students’ right to equal access to bathrooms at school. California has passed a law to ensure gender-appropriate bathroom accommodations for trans students.

Following a landmark ruling by the Equal Employment Opportunity Commission, the Department of Labor recently announced it would update its policies on transgender rights, by enforcing sex discrimination policies in accordance with individuals’ current gender identity.

But such reforms barely dent the problem of institutionalized discrimination in public space. One study of transgender people in Washington, DC, found that, on top of general social stigma and discrimination, “Seventy percent…reported being denied access, verbally harassed, or physically assaulted in public restrooms.”

Although Sommerville brought her case under Illinois state law, advocates hope a ruling in her favor could set a precedent for other states’ treatment of transgender people under the rubric of civil rights and labor law.

But whatever Hobby Lobby does in the political arena, Sommerville is primarily anxious about how she’s treated when she shows up at work each day—to do a job that she still loves. She’s just waiting for her employer to recognize what her coworkers and her community have already accepted.