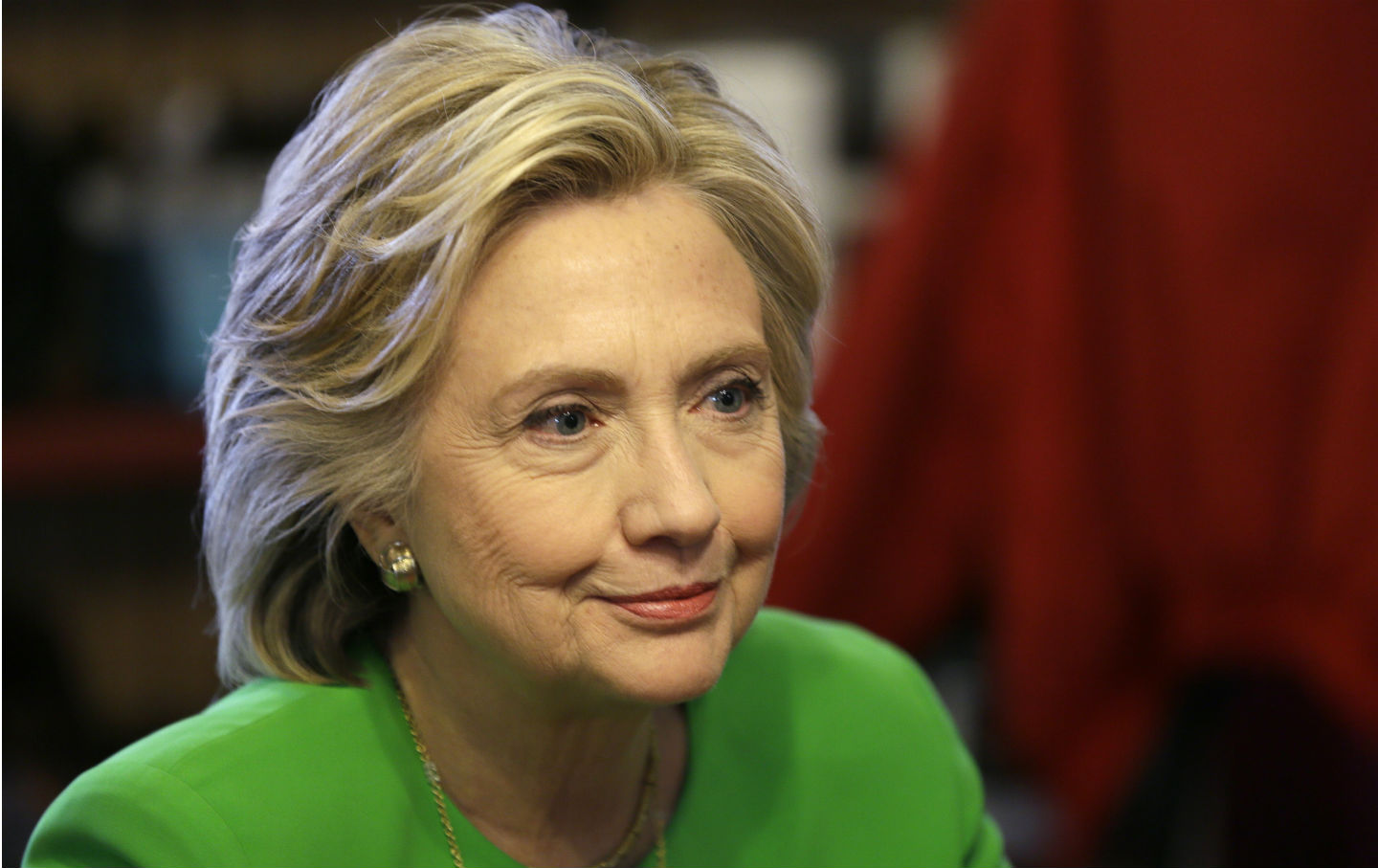 Across the country Wednesday, tens of thousands of low-wage workers protested for a $15-per-hour minimum wage, marking the latest—and largest—battle in a widening war to boost pay in the service sector and, more broadly, to draw increased attention to the U.S. wage gap.

The protests, which were backed by the Service Employees International Union and other unions and progressive activist groups, occurred in several major cities including Los Angeles, New York, Chicago, Atlanta, and Washington.

Politicians in DC—and on the campaign trail—were presented with a crucial test: whether to voice support for what is the biggest existing, grassroots challenge to the unequal American economic structure. Several outlets noted it raised a particularly pointed question for Hillary Clinton, who is leading polls for the Democratic nomination and began her campaign the same week as the large-scale protest. Would she, as The New York Times asked Monday, speak to the “the desire of voters and party activists for an aggressive approach to mitigating income inequality”?

Every American deserves a fair shot at success. Fast food & child care workers shouldn’t have to march in streets for living wages. -H

Many see the “Report of the Commission on Inclusive Prosperity,” co-chaired by Lawrence Summers and UK Labour leader Ed Balls, as a tentative economic blueprint for the nascent Clinton campaign. Clinton’s support for the “Fight for 15” movement is consistent with what’s outlined in the report: among other things, it says that it’s important for “minimum wages…adjust to keep up with pay at the middle and top.” It calls for “a minimum wage that is at least high enough to prevent full-time workers from living in poverty,” specifically, a pay rate of “at least $10.10 per hour” and linked to the consumer price index.

The repeated “at least” qualifiers left uncertain what pay rate, exactly, Clinton thinks should be the floor. In the Times story Monday, progressive economist Dean Baker noted there is pressure on Clinton to “come up with a number,” and her tweet Wednesday was clearly intended to support the workers asking for $15 per hour.

Does that mean $15 is her number? We may have to wait for the campaign’s official platform to be unveiled. A campaign spokesperson told The Nation only that “Hillary applauds the efforts of organizers coast to coast fighting for an increase in their wages because you shouldn’t have to be a CEO to get a raise. Everyday Americans should be able to make a little more so you can worry a little less. Higher wages don’t just help those at the bottom of the pay scale, they have a ripple effect across the economy and helps millions of American workers and middle class families.”

Another potential 2016 contender, Bernie Sanders, released a statement earlier in the day that said “I want to applaud the workers who are organizing today in the fight to raise the minimum wage to $15 per hour.”

There were no immediate statements of support from Democratic Congressional leadership; neither Senator Harry Reid nor Representative Nancy Pelosi released a statement or tweet about the protests. Several higher-profile Democrats did, however.

In the House, chairman of the House Democratic Caucus Representative Xavier Becerra tweeted his support, as did Budget Committee chairman Chris Van Hollen.

A minimum wage is not the same as a living wage. All people who work for a living deserve to earn enough to afford basic needs. #FightFor15

The minimum wage should be a living wage. No one who works full time should have to raise their family in poverty. Period. #FightFor15

The Congressional Progressive Caucus convened a forum Wednesday afternoon on the “Fight for 15,” where several low-wage workers spoke. Various members of the caucus voiced their support throughout the day.

In the Senate, Elizabeth Warren, Jeff Merkley, Sherrod Brown, Chris Murphy, Tammy Baldwin, Kirsten Gillibrand, and likely future Senate Majority Leader Chuck Schumer all sent out messages of support for “Fight for 15.” Senator Patty Murray sent out several messages with the hashtag #RaisetheWage throughout the day, though didn’t explicitly back $15 per hour.

No Republican members of Congress nor potential GOP presidential candidates mentioned the movement.