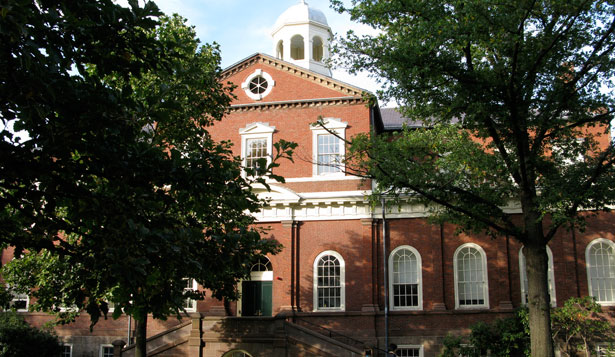 Students at Harvard University have been calling on President Faust to Divest from fossil fuels for months. (Flickr/Kelly Delay)

As MLK once said: “In this unfolding conundrum of life and history, there is such a thing as being too late.”

On April 7, Harvard President Drew Faust released a statement on climate change and Harvard’s investment strategy. This news came after months of pressure from students, faculty and alumni who were disturbed by her initial rejection of demands for fossil fuel divestment. The demands were first raised in October 2013 by a new student group, Divest Harvard, which was part of a growing national campaign. Faust’s announcement—which introduces Harvard’s creation of a Climate Change Solutions Fund and commitment to the UN Principles for Responsible Investment and Carbon Disclosure Project—finally acknowledges Harvard’s responsibility for its investments. However, as members of Divest Harvard, we are deeply disappointed with the university’s continued failure to address the urgency of climate change.

A recent report from the Intergovernmental Panel on Climate Change lays out the sobering reality of the climate crisis. By 2100, much of our planet will be uninhabitable if civilization continues on the business-as-usual trajectory. Forget grandchildren, and who knows what kinds of catastrophes we will live through. This is the future we currently face without radical action. We must actively fight for the world we wish to inherit because the stakes are too high to tolerate inaction any longer.

President Faust’s statement only amplifies the moral inconsistency of Harvard’s continued investment in the fossil fuel companies that are devastating the planet and blocking climate solutions. The first part of the plan commits $1 million to investment in climate research. This is an important step forward, but it cannot be taken in good faith while the university’s $32.7 billion endowment is simultaneously invested in the corporations that drive climate destruction, fund science denialism and manipulate the political system. Now that Harvard is committing to investing in solutions, the university must make a simple choice: invest in our future or continue to support its destruction. The science is clear, and the moral line has been drawn.

The second part of the plan is a recommitment to Harvard’s on-campus sustainability efforts, with a focus on the greenhouse gas reduction goals adopted by the university in 2008. The problem is that Harvard is not even on track to reach its 30 percent reduction goal by 2016. The effort is commendable, but not nearly as much as Harvard could do, and reveals an unwillingness to take a critical moral stand when it comes to fossil fuels.

President Faust’s statement also lauded the fact that Harvard has become a signatory of the UN Principles for Responsible Investment. This point has come under fire from critics who point out that signing on to the voluntary PRI framework does not require actual change and is little more than a symbolic act. Symbolic or not, this move indicates that Harvard is finally recognizing the ethical and political significance of its investments with respect to climate issues. Thus, we are hopeful that the April 7 statement is an indication that President Faust may be ready to begin translating her words into action.

Lastly, Harvard’s decision to sign onto the Carbon Disclosure Project—which combines shareholder power to push corporations to disclose greenhouse gas emissions—seems insufficent to move the fossil fuel industry. It’s highly unlikely that shareholder resolutions will force these corporations to respond to climate change. Only divestment and political action can achieve this goal. There are multiple examples in the past, including evidence from Harvard’s shareholder votes, that support these statements.

We are not alone in our dismay over Harvard’s continued inaction. Recently, more than 100 prominent faculty members sent an open letter to President Faust and the Harvard Corporation, deploring the “troubling inconsistency” of the university’s failure to seriously consider divestment. In their letter, faculty emphasize the urgency of divestment, framing it as “an act of ethical responsibility, a protest against current practices that cannot be altered as quickly or effectively by other means.” The letter also challenges President Faust’s argument against divestment on political grounds: “If the Corporation regards divestment as ‘political,’ then its continued investment is a similarly political act, one that finances present corporate activities and calculates profit from them.”

Indeed, the fossil fuel lobby is one of the most powerful political forces in the world, and divestment is a tactic that directly aims to destroy the political influence of that industry. The faculty’s letter has garnered widespread support, including over 20,000 people who have signed a petition asking Harvard to divest.

The motto of Harvard is Veritas—Truth. Fossil fuel companies are waging a war on truth, throwing the full force of their economic and political power into climate denial campaigns and political corruption. We must provide a platform of leadership with which the Harvard community can be proud. We must require that Veritas once again guides our actions and those of the university that we love. Until Harvard divests, we have an obligation to our planet and our collective future to continue pressing. We will escalate the pressure on a scale that is consistent with the urgency of the climate crisis.