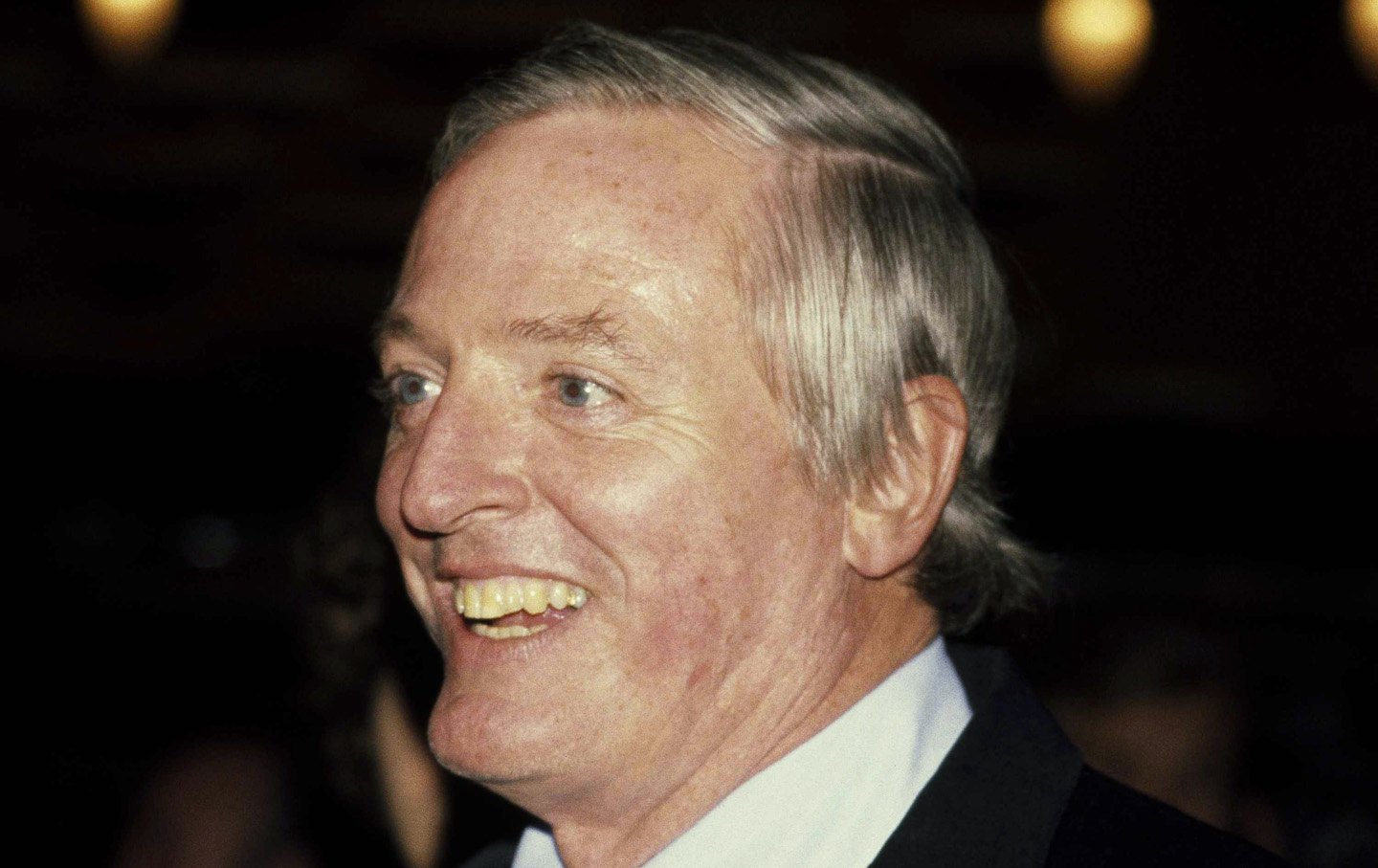 Jeff Jacoby is a right-wing columnist whose opinions regularly appear in The Boston Globe. Like the work of The Washington Post’s Jennifer Rubin and the Los Angeles Times’s Jonah Goldberg, his columns give every indication that he was an affirmative-action hire, one of myriad attempts to satisfy the constant whining about alleged liberal bias in the mainstream media—“working the refs,” in professional parlance. In recent years, editors have been hiring more and more such pundits merely to fill a quota of “conservatives,” despite an obvious deficit of talent with regard to thinking, writing, or reporting.

Ordinarily, these second-stringers might aspire to become editor of the conservatives’ stalwart opinion magazine, National Review. In a recent column honoring its 60th birthday, Jacoby described the occasion as “a milestone not just for a magazine, but for an ongoing commitment to the conviction that ideas matter, and that good writing can change lives.” Sadly, neither Jacoby nor Rubin nor Goldberg would have been considered for the magazine’s editorship. That job, as founder and longtime editor William F. Buckley Jr. once explained, could only be filled by a “believing Christian.” All three are Jews and therefore disqualified by birth.

Perhaps the oddest claim is that today’s GOP may be “more intelligent than at any time since the Civil War.”

Nobody mentions this fact in the anniversary issue that so impressed Jacoby, but there are a great many impressive aspects of NR’s history on display nevertheless. For instance, Elliott Abrams (another potential editor disqualified by birth), writing about Arthur Koestler’s Darkness at Noon, asks: “How could sane men commit such vast crimes, decade after decade? How could a Party that proclaimed its responsibilities to History and the improvement of Man maintain the loyalties even of those whom it was crushing mercilessly?” How ironic, therefore, that the man asking this question worked tirelessly in the Reagan administration to ensure that Guatemala’s mass-murdering dictator, Efraín Ríos Montt, could continue his genocidal campaigns unimpeded by evidence presented by numerous human-rights groups at the time. (He was later convicted of “crimes against humanity” by the Guatemalan courts.)

Another entry in the “how ironic” sweepstakes comes from Charles Murray, the famous purveyor of racist pseudoscience that was based in part on the eugenics research of Nazi sympathizers. Apparently unaware that he’s contributing to a “conservative” magazine, Murray writes as if he is ready to overthrow the US government. “The federal government is no longer ‘us’ but ‘them,’” he explains. “It is no longer an extension of the people through their elected representatives.” He goes on to propose a program of “systematic civil disobedience” to undermine “a federal government that has fully earned our distrust.”

To give an idea of just how hermetically sealed is the NR ideological bubble—and perhaps how overworked its editors and fact-checkers (if they have them) must be—you can also find a contribution from the armchair warrior Victor Davis Hanson insisting that opinion polls demonstrate that “outsider presidential candidates such as Donald Trump, Ben Carson, and Carly Fiorina may represent about half the country.” For this to be accurate, one would have to assume that the number of potential Republican primary voters— a minuscule minority of unusually motivated, often ill-informed individuals—is equivalent to the entire US population. In 2012, 9.4 million Americans voted in the Republican primaries; the population was about 314 million.

If Trump had needed material for his campaign, he could have found 60 years’ worth of hateful nonsense in ‘NR.’

Perhaps the oddest claim is made in the introductory essay. The editors write that today’s Republican Party is “possibly more intelligent than at any time since the Civil War.” One cannot help but note that this claim is made at a moment when the front-runner, Donald Trump, is winning on the basis of an appeal that mixes misinformation, racism, xenophobia, egomania, and, on occasion, fascist-tinged violence toward those who disagree. The runner-ups, moreover, are only moderately less disturbing.

National Review has presented itself as skeptical vis-à-vis the Trump phenomenon, but this is largely because the editors see him as too liberal. To be fair to both, if Trump had needed material for his campaign, he could have found 60 years’ worth of hateful nonsense in its pages. Some highlights:

On civil rights: “The central question that emerges…is whether the White community in the South is entitled to take such measures as are necessary to prevail, politically and culturally, in areas in which it does not prevail numerically? The sobering answer is Yes—the White community is so entitled because, for the time being, it is the advanced race” (The Editors, 1957).

On Adolf Eichmann’s trial for genocide in Jerusalem: a “lurid extravaganza” promoting “bitterness, distrust, the refusal to forgive, the advancement of Communist aims, [and] the cultivation of pacifism” (The Editors, 1961).

On AIDS victims: “Everyone detected with AIDS should be tattooed in the upper forearm, to protect common-needle users, and on the buttocks, to prevent the victimization of other homosexuals” (Buckley, 1986).

Neal B. Freeman is a right-wing media entrepreneur who became temporarily estranged from the magazine around the time it published David Frum’s article “Unpatriotic Conservatives,” about right-wingers who saw the folly of the Iraq War before its editors did. Freeman wrote, “From time to time I have reminded NR editors that conservatism means that it’s never too late to say you’re sorry.” Perhaps, but apparently NR’s editors have fewer regrets than Frank Sinatra (or Edith Piaf). When NPR’s Terry Gross read Buckley his editorial supporting the white South’s need “to prevail, politically and culturally,” more than three decades later, he called it “absolutely correct.”

Jeff Jacoby is right: Ideas do matter. And today’s GOP is just one manifestation of the racist, xenophobic, anti-Semitic, and pro-fascist ideas that NR has promoted in its pages for the past 60 years. Happy birthday, guys.