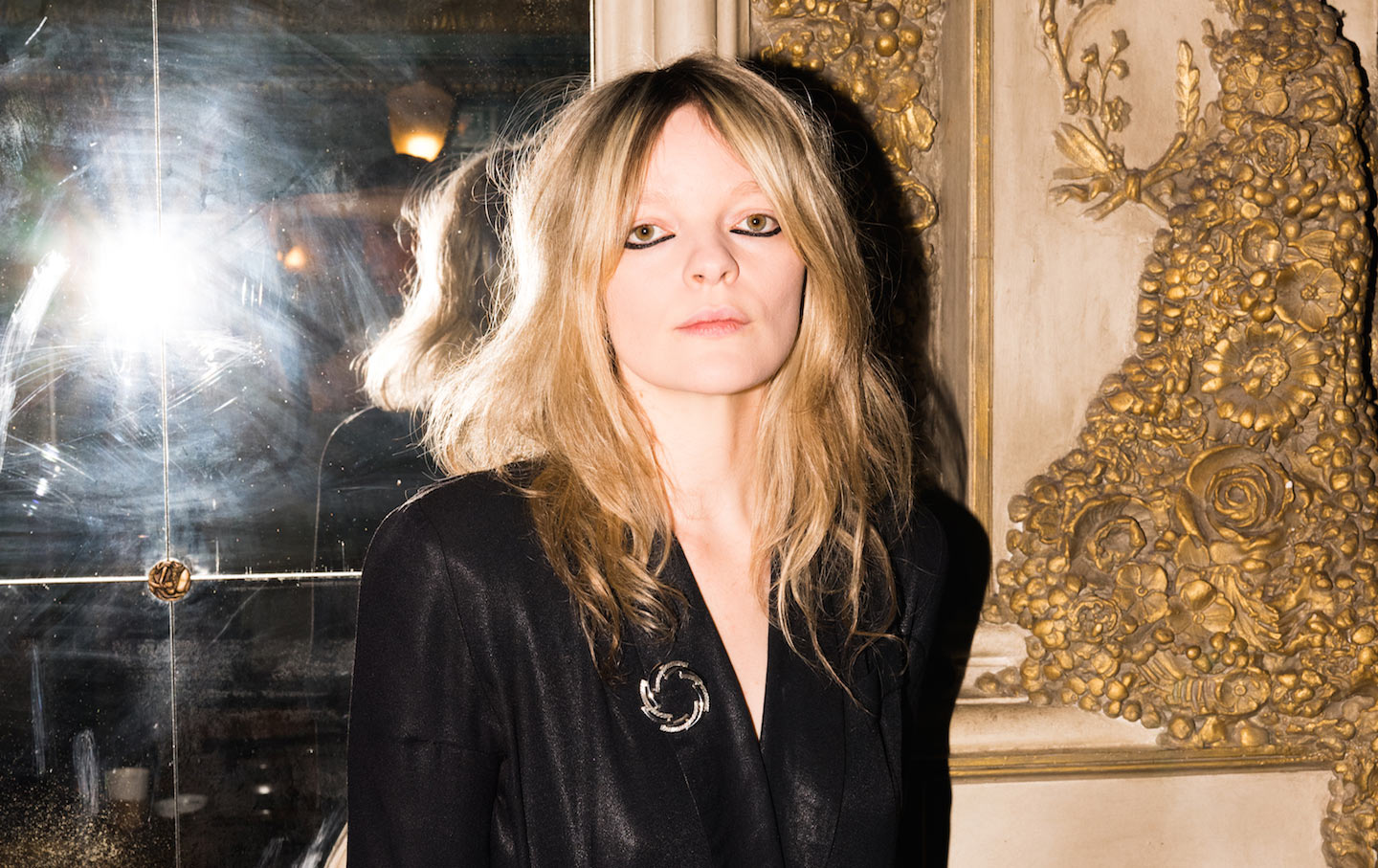 If Jessica Pratt’s music seems to have been born in a vacuum, it’s because she lives in one of her own making. Recently, speaking to The Fader, she casually disavowed the governing forces of contemporary life: “I’ve always felt like time and space are this sort of unreal thing,” she admitted. On her two previous albums—over the course of which she transformed from unknown San Francisco hobbyist to critically adored, Los Angeles–based folk artist—the singer-songwriter delivered sparse, sophisticated yet homey songs that felt like relics of an uncertain provenance. Pratt’s take on the genre has most often been sourced to British revivalists, but it feels too idiosyncratic to be self-consciously retro. Her pliant voice adds to the mystery; it has no obvious analog, but some possibilities include a sleepier Stevie Nicks, or a woodsier Lana Del Rey.

Pratt’s third album, Quiet Signs, is fittingly elusive. Its songs feel distant but familiar, like dreams buried in the subconscious. Lyrically, Pratt drifts between proverbs, impressionistic poetry, and poised introspection, conjuring series of images that don’t always collate—like the gentle parting sentiment of “Fare Thee Well” that bookends semi-surrealist vignettes (“There it goes beyond the dust of ages old / A seabird laughs alone in the dark”), or the hazy invocations of faith and war on “This Time Around.” Absent subjects and shifting pronouns leave loose threads dangling across the album. Even Pratt’s style of singing is noncommittal: She bends vowels into unfamiliar shapes, and lets consonants dissolve like sugar on the tip of her tongue. By the end of almost every song, she’s given up words entirely, digressing into strands of nonverbal melody.

As an arranger, Pratt has always been a minimalist. She kept her earlier releases close to the chest, recording them largely in her home, without the help of other musicians (in 2015, Pratt reported that she had only ever played with one other person—her touring keyboardist—because of her shyness). Quiet Signs expands her musical palette with contributions from three other instrumentalists, but the songs remain feather-light—arrangements teeter between a handful of chords and are buoyed by wisps of flute and nimble, finger-picked guitar. And despite the extra bodies in the studio, Quiet Signs is actually something of an artistic unburdening for Pratt. On it, she seems relieved of the craggy energy that charged up some of 2015’s On Your Own Love Again, making it sound like she was swept up by a faster-than-intended tempo and couldn’t regain her footing.

But the relative tranquility of the album should not be mistaken for passivity. Pratt calls this her most deliberate work yet—her first music to be intentionally conceived as a coherent album, each song written with the others in mind, and her first to be professionally recorded. To make it, Pratt spent a year and a half flying back and forth between her LA home and a studio in Brooklyn, putting countless hours and miles toward expanding and refining her sound, without losing the charming intimacy of her self-recorded tapes.

The album reveals itself to be a true labor of love. Where these songs may be somewhat opaque in terms of their imagery and meaning, they do evince infatuation with their own internal world. Like a painter’s loosely drawn study framed and hung next to her final product, opener “Opening Night” sketches out a melody that will surface in the song that follows; the side-by-side comparison points to a fascination with the stages of artistic process. (“Opening Night” also nods to John Cassavetes’s 1977 film of the same name, which depicts the turmoil brought on by making art in the public eye.) The numerous outros filled up with warm, molten “la la”s seem to mark satisfaction with the product, like a contented sigh at the end of a hearty meal. Throughout, instrumental riffs lovingly tail Pratt’s vocal melodies—plucky piano chords chatter with her on “Here My Love”; strings scoop into the bottoms of her phrases on “Silent Song.” When Pratt wonders, “I longed to stay with you / Or did I / Belong to my song?” on the latter, the answer feels self-evident.

You Need to Know About boygenius

Something about her bicoastal process left its mark on Pratt’s writing, too. Flight carries a special significance on Quiet Signs—birds appear in the guise of prophets; boys and girls grow wings and fly. Perhaps it’s Pratt’s aversion to the strictures of space and time, but she does seem to view her subjects from another plane entirely—as if from 35,000 feet in the air, with time zones slipping by and adequate room for her thoughts to expand and abstract. The album’s riveting closer, the quaintly titled “Aeroplane,” assigns some of its most tangible imagery to this experience. Pratt describes gazing over city lights from a plane window. “I don’t wanna touch down,” she frets; airborne, she’s experienced “treasures luminous and divine.” As the plane descends toward solid ground, the album concludes. It’s all quite self-referential, in the end: Quiet Signs offers a gentle reminder of how pleasant it is to, every now and again—whether by boarding a plane, or slipping on a pair of headphones—evacuate reality.