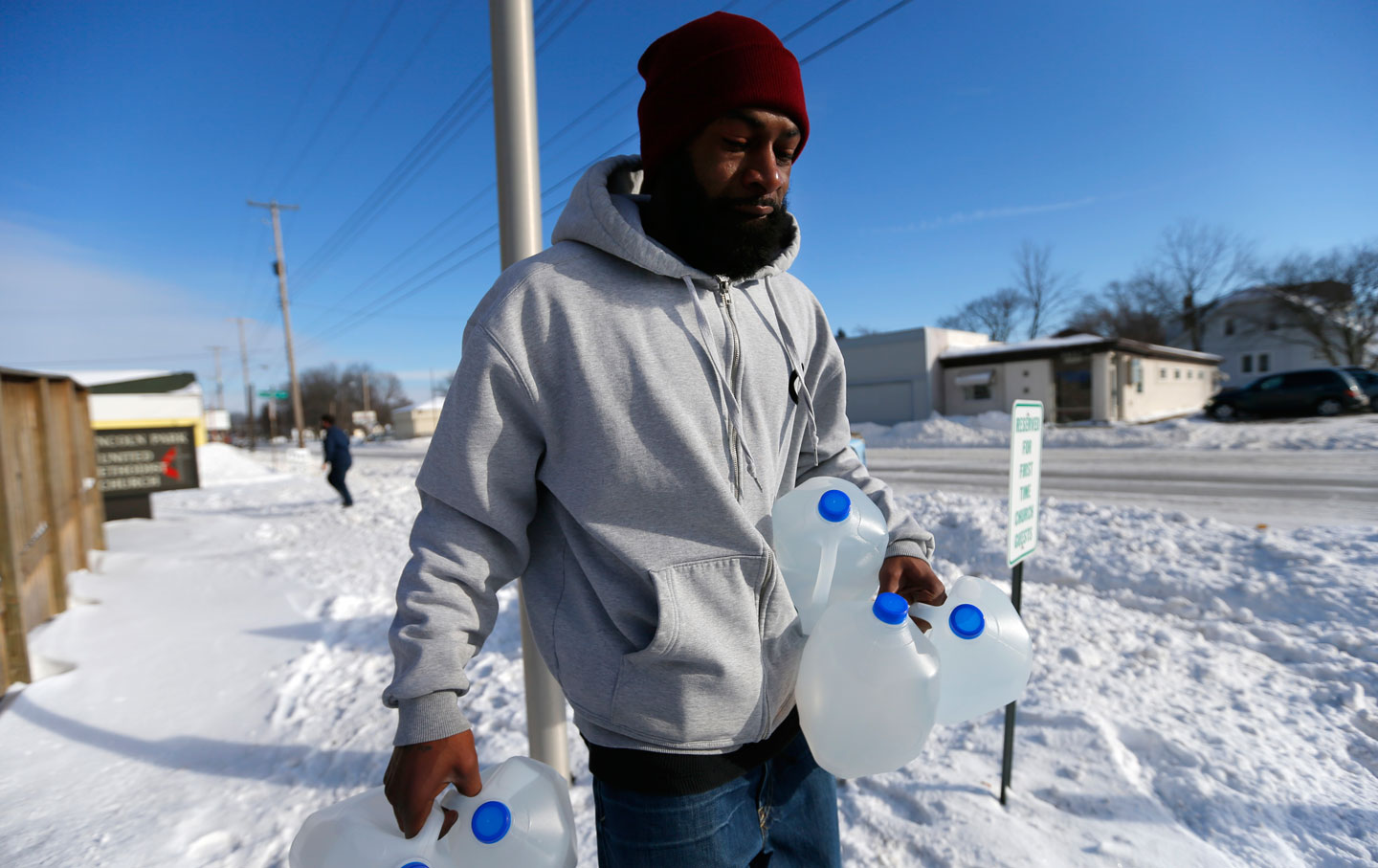 Nearly three years after a toxic scandal bubbled to the surface in Flint, Michigan, the city remains in a water crisis. And while the government continues to fail to provide a long-term solution to the still-unfolding public health impacts from the lead-tainted water, the crisis that began with first signs of lead exposure surfaced in 2015 has started to spur legal action to ensure a fair recovery process for local children—and perhaps seed a national model for redressing mass public health harms.

A new legal settlement between Flint’s children and local school authorities will establish an unprecedented medical screening program for the entire impacted community. The initial $4.1 million investment mandated by the newly announced agreement represents the beginning of what may be a generations-long process of monitoring and treating the survivors, establishing legal channels for treatment and benefits for affected youth and families, and most importantly, ensuring that future generations are protected.

The partial settlement in the ongoing litigation was negotiated by attorneys representing children in the affected area, and the agreement could potentially encompass tens of thousands of local youth. According to one of the leading organizations behind the litigation, Education Law Center, the program will build on an existing health registry program in Flint that currently monitors the whole resident population. Additional services will be provided by the Genesee Health System and Hurley Children’s Hospital Neurodevelopmental Center of Excellence.

Aiming to lay the groundwork for a longer-term health program, the settlement—which coincides with a new water infrastructure reform bill in Congress—provides children with universally screening, along with referral for deeper medical examinations as needed, including neuropsychological testing to gauge cognitive and mental development. The Michigan Department of Education, Genesee Intermediate School District and Flint Community Schools will conduct public outreach through the schools to evaluate their need for special education services. 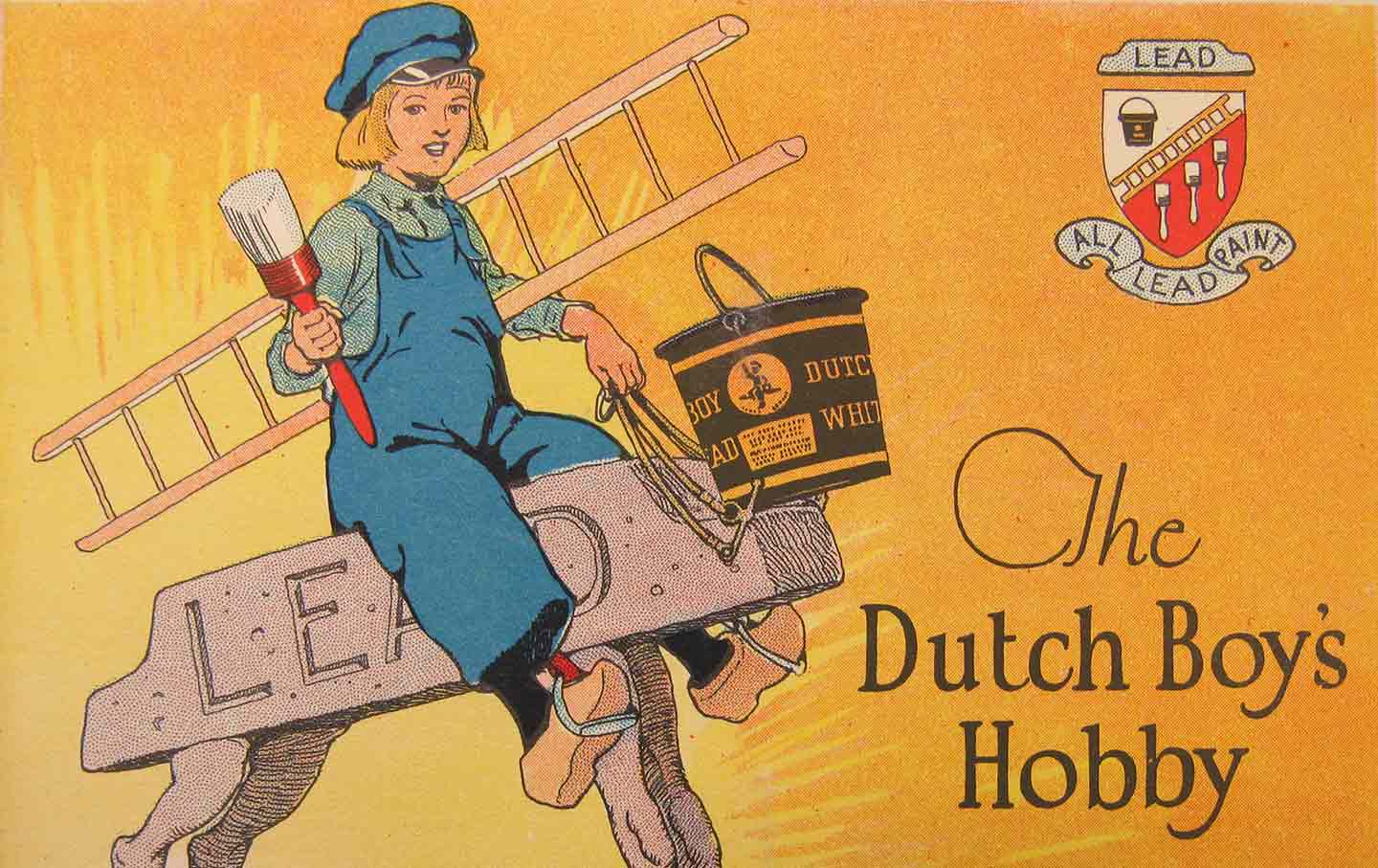 Are We Doing All We Can to Prevent Lead Poisoning?

For public education advocates, the settlement marks a meaningful but partial victory for school children. With the announcement of the settlement, Randi Weingarten, head of the American Federation of Teachers, stated, “At the core of this case is the legal standard that children with disabilities—such as those with lead poisoning—must receive the same education and support guaranteed to others.”

Yet the screening program also highlights the enormity of the work yet to be done, even as the state is withdrawing the resources deployed in the aftermath of the disaster. Recently the state government announced it would end bottled water provision for residents, despite objections from the community amid ongoing threats from vestigial lead contamination, alongside chronic poverty and substandard social services that pervaded the post-industrial city long before the crisis.

A 2017 study found that “the incidence of elevated blood lead levels of children living in the affected nearly doubled after the change in the water source.” In terms of lost earnings and other financial costs, the researchers concluded, “Total estimated health costs…would grow substantially,” with additional spending on hospitalization and treatment. And to fully remediate the infrastructural damage, the city would bear the long-term burden of rebuilding its water system, along with the more subsurface political and cultural impacts, in the form of “the rupture of institutional trust, and the added stigma” surrounding the city.

Nonetheless, the new legal settlement promises to bring meaningful investment in the community. One of the main instruments for administering the screening program will be expanded authority for the city’s teachers, enabling them to directly intervene if they encounter a child in their school displaying signs of lead-related illness, by alerting the family and helping refer them for any needed treatment. Parents could also request additional examination if their children are not flagged through the initial screening.

ACLU Michigan Education Attorney Kristin Totten pointed out to reporters that a major purpose of the agreement was “empowering teachers” to proactively participate in screening and treatment. “Often times, parents are not aware that their child may be struggling, because they’re not comparing them to same-age peers in the classroom like a teacher is, and this provides that opportunity for teachers as well.”

According to Lindsay Heck, a pro-bono attorney with White & Case, the program should help reverse an “untenable cycle” of victimization for lead-impacted children, in which under-diagnosis “results in them not only being deprived of the essential educational programs and services that they need, but…places them at an additional risk of being disciplined and removed from the classroom environment, which compounds their cumulative educational deficit.”

The $4 million program is just one component of a longer-term strategy. Stressing that providing services for children with disabilities was already mandated by federal and state law, ELC attorney Greg Little, said, “finding the kids is the first step, treating them and providing them with the services that they need is the ultimate goal.” In the future, “if the state won’t do it voluntarily, we intend to have the court order them to do what they’re required to do.”

These problems are not unique to Flint, but symbolize the type of austerity and social disinvestment that have been fueling environmental-health tragedies for decades. Nationwide, an estimated 4 million households with young children live with lead contamination—typically due to exposure to household items like toys and paint, or through old pipelines—and as in Flint, exposure trends track patterns of the racial and economic inequality in impoverished and neglected urban neighborhoods.

Drawing from past examples of public health registries, such as the World Trade Center health program established after September 11, the Flint advocates hope the program provides a national model for redressing massive environmental disasters. To that end, the goal isn’t simply to assign blame but to close long-term gaps in public services, regardless of whether children’s disabilities are rooted exactly in the water crisis or another environmental source.

The one redeeming aspect of the lead crisis is that Flint’s children are finally receiving the resources they need to recover from years of abandonment. The toxic disaster will hopefully be a turning point in the community’s long struggle for health justice.