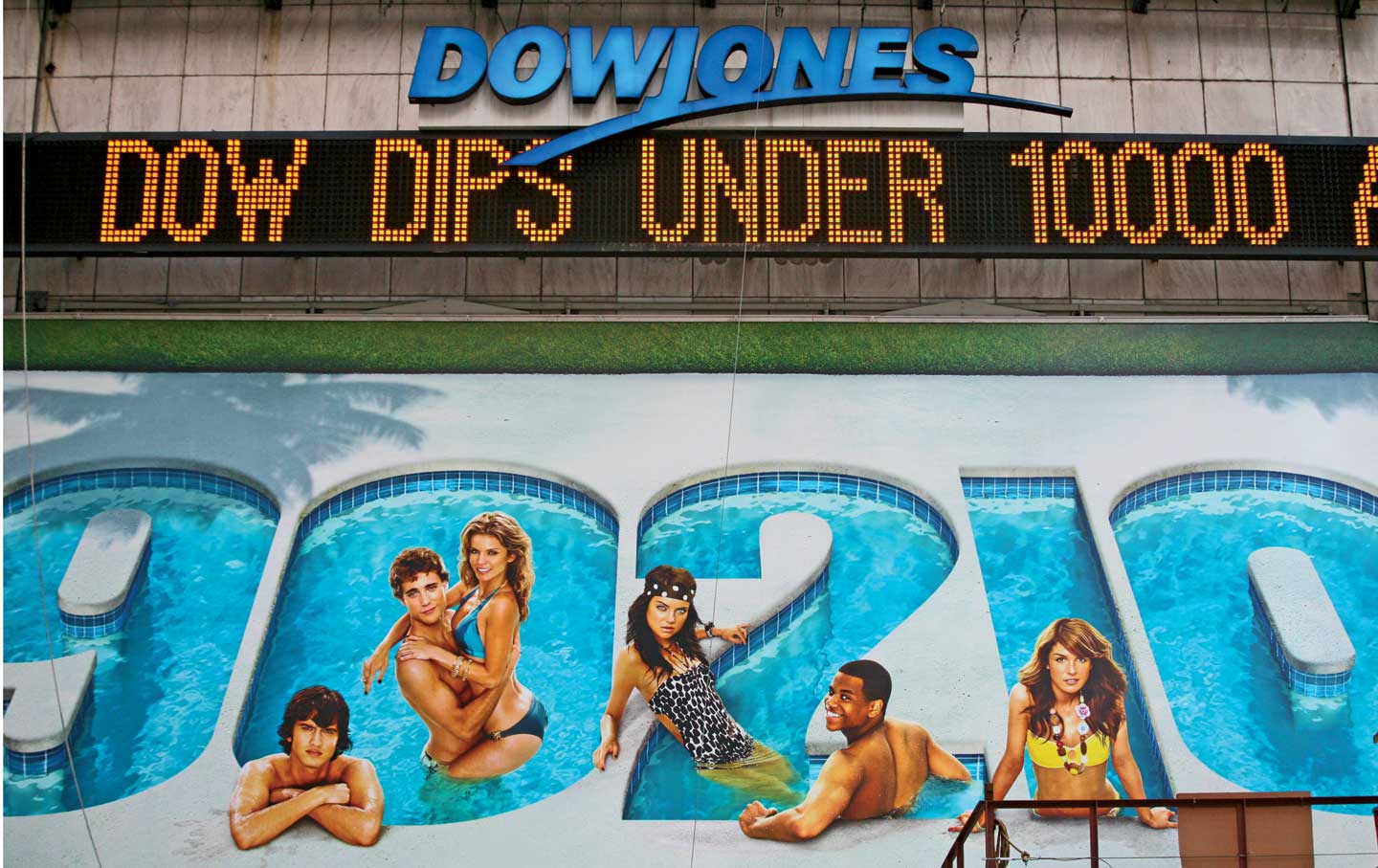 Pop culture is both a part of and a model for, the economy, albeit that portion where demand is elastic: Consumers purchase on the basis of taste rather than necessity. The paradigm of culture is fashion, with its novelties and caprices, its constant revolutions of taste. This is what makes culture thinkable, what makes this column possible. It is because culture is the domain of taste that we can discern in its great drifts something like a general mood animating a population while remaining hidden at the level of individual consciousness.

But so too is the economy a part of, and model for, pop culture. It has its inelasticities, its brute compulsions (mostly that whole “who does not work shall not eat” thing). But the economy too is animated by mood, by belief. This is why Adam Smith could speak of economic “sentiments,” Keynes of “animal spirits.” This is especially true of financial markets, where it is literally futures that are being traded, and any objective reasons for a derivative’s valuation recede toward infinity. We know by now these ascending values to be temporary illusions: “irrational exuberance,” in Alan Greenspan’s fateful turn of phrase. A bubble is the fashion trend of the marketplace. When it bursts—well, that’s another kind of pop altogether.

Temporary illusions or not, the way the markets register such subjective matters means they too can be read like texts, like pop culture—as a way to reflect on the mood of a population. Consider, for example, the VIX (Chicago Board Options Exchange Volatility Index), a tradable option derived from calculations of how unstable the S&P 500 will be over the next month; it is more commonly known as “the fear index.”

You and I likely do not dabble in such exotic purchases any more than we partake of the government’s hypertrophied bond issues; we are not market makers, as they say. It may be more sensible to think of such predictive markets as measuring the mood of money itself. The “yield curve” is a device for registering how money is feeling these days. It charts the interest rates for a given bond over different term lengths—that is, it shows the cost of money: how much extra it would take to induce a given lender to give up their own money for 30 days, a year, a decade. As it happens, in March The New York Times provided a beautiful graphic of the yield curve for government bonds (“a forecast for what the economy holds in the future”). Such data visualizations are something the Times does eloquently; they could practically be in the Arts section. Or, as we have been suggesting, Culture.

How then is money feeling about the future? Strangely passionless, bereft. “The economy as wet drapery,” a friend remarked. You might say money is depressed and has been for a while, its chart a treatise of flattened affect—like someone stumbling through the weeks and years barely alive—sustaining itself only in the most minimal sense. As of the chart’s date, “short-term and long-term rates were lower than they have been for most of history—a reflection of the continuing hangover from the financial crisis.” In short, money does not think we are heading toward inflation. Nor does it think we are heading toward growth. It thinks: Oh Jesus, how am I going to get through the day? What’s on TV? Money is not leaping off the couch and heading for work.

This diagnosis is a rebuke to anyone indulging in fantasies of recovery. We keep telling the recovery story, most recently via General Electric’s decision to shed GE Capital, purportedly “to focus on its large industrial businesses,” as Fortune put it. They offer this explanation under the heading “Farewell to Finance.” But let’s back up a minute, do what any responsible cultural critic would do, and make a better reading of the pictures. It’s easy enough to believe, as Fortune has it, that “A sluggish lending climate and tighter regulations had turned GE Capital into a low-margin business.” Indeed, that’s what the Times chart shows. So far, so good. But if that’s true, it can’t also be the case that there is some kind of boom, some exuberance, rational or otherwise, in the industrial sector. If there were, money would put on its party dress and do the goddamn Electric Slide. But it’s not. Money is sitting around in its sweatpants listlessly spooning peanut butter out of the jar.

One more turn of the screw: If money has been sad for seven years now—like, world-historically sad—this suggests it wasn’t a financial crisis in the first place. Or it was, but one that rested on something more enduring: a general lack of places for money to go and get happy. Of course, some folks succeeded in getting rich, while others got poor; money shifts and sloshes. But it has not been expanding, growing, and that is the secret of happiness for money: It desires only to turn into more money. In this regard, it has been hemmed about in every direction. And the yield curve says that money expects this condition to linger indefinitely. You know how that can bum you out.

Recently, theorists have tried to imagine how nonhuman objects exert agency in the world; others develop “affect theory” to help understand the purchase on our actions of sentiment beyond our immediate consciousness. Can we have any doubt regarding the importance of these two approaches, especially in combination? Money’s mood will have its say over our lives. It’s going to be a riot.