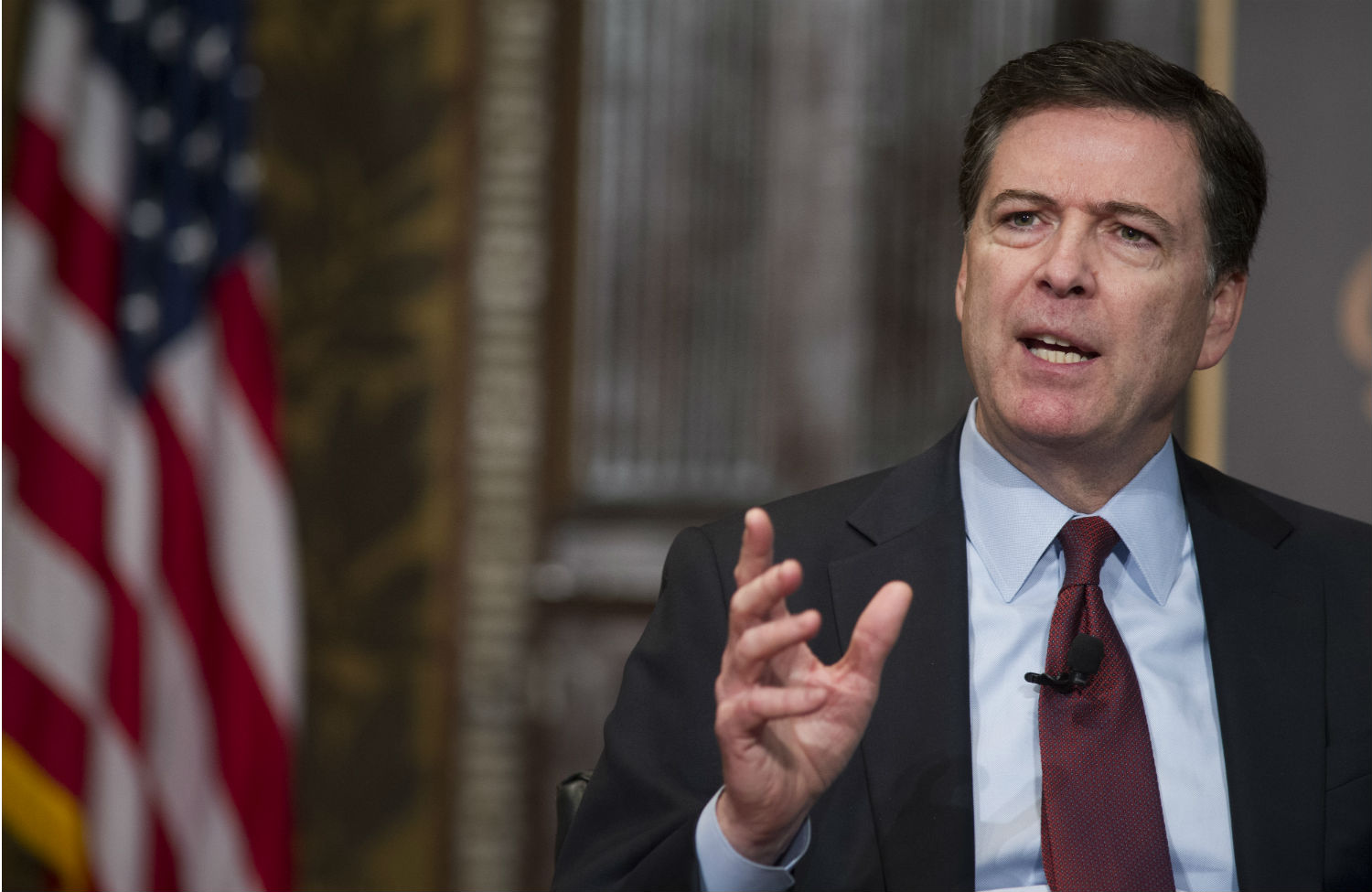 About halfway through what was billed as a groundbreaking speech on race and policing, FBI director James Comey reached for the wisdom of musical theater. “I am reminded of the song ‘Everyone’s a Little Bit Racist’ from the Broadway hit, Avenue Q,” he mused. He went on to quote the lyrics. “You should be grateful I did not sing that,” he joked.

That bit of levity summed up the rest of Comey’s speech, which amounted largely to an excuse for systemic discrimination by law enforcement. He received praise for being “bold” in addressing the subject, in comparison to other law enforcement leaders; that’s a pretty low bar. “I worry that this important and incredibly difficult conversation about race and policing has become focused entirely on the nature and character of law enforcement officers, when it should also be about something much harder to discuss,” Comey said. That “something,” he explained, is America’s history of racism, and the “unconscious bias” that “we all—white and black—carry…around with us.”

It was a neat trick. By identifying the problem as racism writ large and skirting its specific manifestations within law enforcement agencies, Comey provided a diagnosis too immense for any policy prescription. Indeed, he had only vague platitudes to offer. “We simply must find ways to see each other more clearly,” Comey said. “We all need to talk and we all need to listen, not just about easy things, but about hard things, too.”

Comey’s only specific recommendation was for more data collection and sharing regarding incidents of police violence. (Later during the Q&A portion of the event, which was held at Georgetown University, Comey also said that the FBI should diversify its ranks.) “How can we address concerns about ‘use of force’ policies and officer-involved shootings if we do not have a firm grasp on the demographics and circumstances of such incidents?” he asked. It’s true that statistics on the number of police shootings and the demographics of the victims are hard to come by. Advocates for police reform have already identified a need for consistent reporting requirements. But in the absence of perfect data, is it really impossible to notice that the force of the law is applied unequally to people of color, and to respond?

Comey chalked up discriminatory policing to the fact that cops are conditioned by experience to react differently to people of color than to whites. “The two young black men on one side of the street look like so many others the officer has locked up. Two young white men on the other side of the street—even in the same clothes—do not,” he said. “Why has that officer—like his colleagues—locked up so many young men of color?… Because he is a racist? Why are so many black men in jail? Is it because cops, prosecutors, judges, and juries are racist?”

No, was Comey’s answer, never mind that he’d just affirmed that everybody is a little bit racist. “What really needs fixing,” he said, are the socioeconomic circumstances that lead to “boys and young men grow[ing] up in environments lacking role models, adequate education, and decent employment.” He concluded, “Changing that legacy is a challenge so enormous and so complicated that it is, unfortunately, easier to talk only about the cops. And that’s not fair.”

I’m not sure whom Comey has heard talking only about the cops. The Nation, for example, has been publishing condemnations of state-sanctioned violence against people of color in unequivocal terms for decades, perhaps most notably James Baldwin’s “Report from Occupied Territory” in 1966. There is nothing in Baldwin’s critique of the police as “hired enemies of this population…present to keep the Negro in his place and to protect white business interests,” that asserts that cops are the sole vessels of American racism, however. Today, calls for police reform are accompanied by calls for “confronting our country’s history of economically exploiting black Americans,” as Jesse A. Meyerson and Michael Denzel-Smith wrote recently. Comey might have been right to point to socioeconomic subjugation as the foundation for police violence, but not to offer it as a cop-out (no pun intended) meant to delegitimize a conversation focused more squarely on law enforcement.

That’s not a conversation that Comey controls, however. People around the country are keeping it going, and they’re spending less time talking about “seeing one another” than about what can actually be done, right now. Police accountability measures are pending in more than a dozen states. In Washington, DC, activists with the #DCFerguson movement are organizing against the use of “jump outs,” a policing tactic that involves plainclothes officers in unmarked cars descending suddenly to conduct stop and frisks.

“We all have work to do—hard work, challenging work—and it will take time,” Comey said in closing. “So let’s begin.” But he has arrived late to an ongoing discussion, and few are waiting for him to catch up.