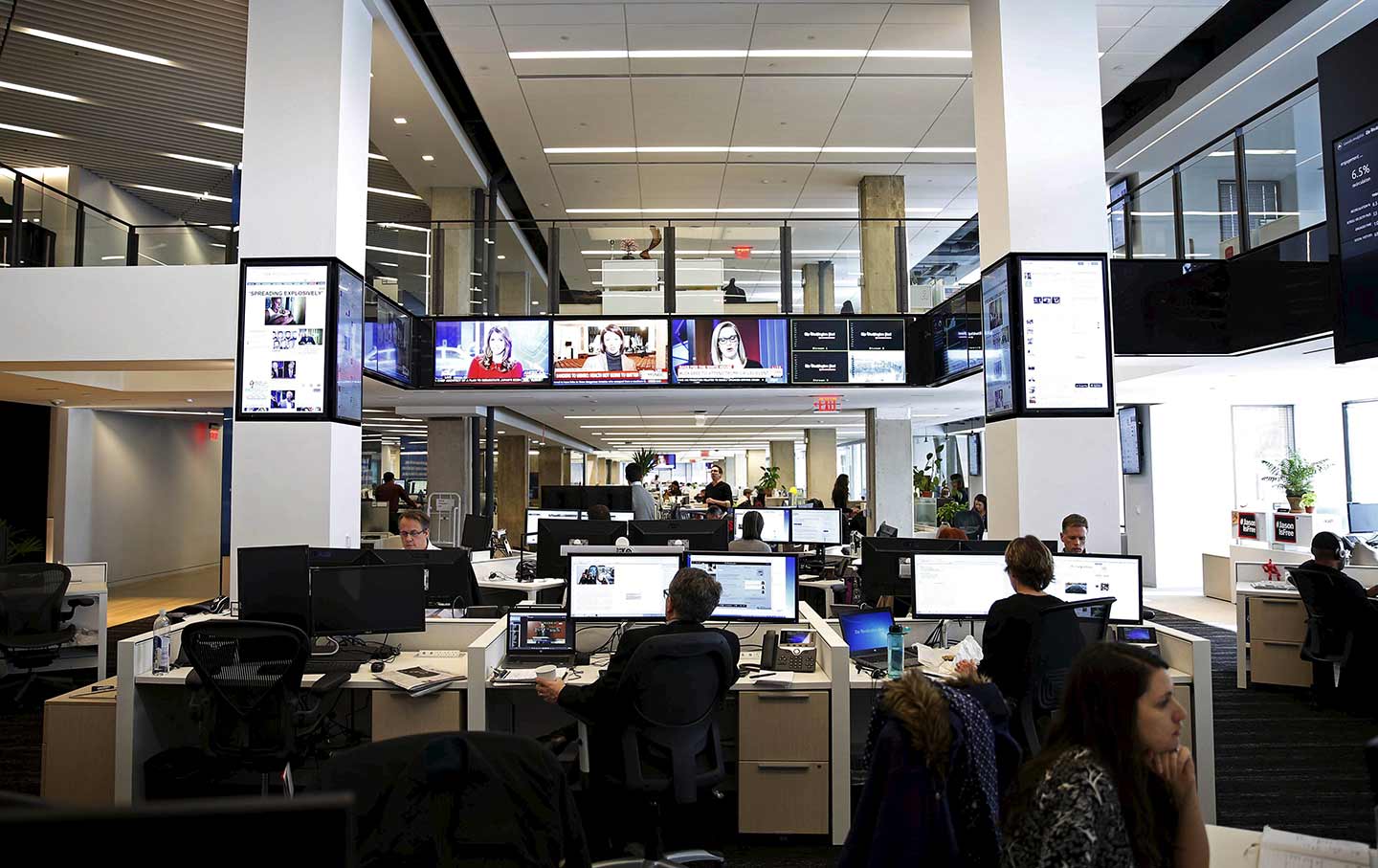 No matter how ridiculous their claims about the media’s “liberal bias,” conservatives never stop working the refs. It doesn’t matter how powerful or wealthy the owner of any given media institution may be: Accuse him—and it’s always a him—of being biased against conservatives, and the next thing you know, he’s offering back rubs and foot massages to people who claim that Sandy Hook was a hoax and that Hillary Clinton ran a pizza parlor for pedophiles. It worked with Facebook’s Mark Zuckerberg. It worked with Twitter’s Jack Dorsey. And now we’ve learned that it also worked with Sundar Pichai, the CEO of Google. According to a report by Wired’s Nitasha Tiku, Adam Kovacevich, Google’s director of public policy, stated at an internal meeting: “I think one of the directives we’ve gotten very clearly from Sundar…is to build deeper relationships with conservatives. I think we’ve recognized that the company is generally seen as liberal by policymakers.”

You might imagine that at least the business of fact-checking would be immune to this practice—but, regrettably, this is not the case. A 2017 Duke Reporters’ Lab study found, in the words of one of its authors, PolitiFact’s Bill Adair, that right-wing sources “often put the phrase in snarky quotes—‘fact-checking’—to suggest it is not legitimate.” Adair said he decided to shut down PolitiFact’s “Truth-o-Meter” because, for conservatives, the truth hurt too much: “Needless to say, fact-checkers can’t afford to alienate conservatives—our nation can’t have a healthy political discourse if the two sides can’t agree on facts.”

The Washington Post’s Glenn Kessler has become a folk hero to some for his aggressive fact-checking of Donald Trump; as of November 2, he’s identified 6,420 “falsehoods.” But Kessler and the Post’s “Fact Checker” team have proven that they, too, are not immune to the pressure to try to “balance” the arguments of “both sides,” even though only one side is doing 99.9 percent of the lying.

During the 2012 Republican National Convention, for example, Kessler defended the falsehoods told in a speech by Representative Paul Ryan, then the party’s vice-presidential nominee. Why? According to the headline above Kessler’s column, “The truth? C’mon, this is a political convention.” In Ryan’s defense, Kessler wrote: “The whole point is for the party to put its best foot forward to the American people. By its very nature, that means downplaying unpleasant facts, highlighting the positive and knocking down the opposing team.”

Kessler didn’t bother to explain why this was impossible to do without, say, offering a dishonest timeline regarding the closing of a GM factory, as Ryan did in his speech. Kessler went on to note that “Ryan was so quickly labeled a fibber by the Obama campaign that one suspects it was a deliberate effort to tear down his reputation as a policy expert.” Amazingly, he did not even pause to consider the possibility that Ryan was “so quickly labeled a fibber” because he was fibbing.

Naturally, Kessler also sought to create a false equivalence between the Republicans—whose lies had, by this time, become endemic and central to their appeal—and the Democrats, whose arguments remained largely based in reality. More than a little lazily, however, he did so without pointing out a single lie told at a Democratic convention. The best he could do was complain that, during Barack Obama’s speech at the 2008 convention, the candidate “knocked” his opponent, John McCain, “for voting 90 percent of the time with his own party.” Kessler did not dispute Obama’s contention; rather, he faulted him for failing to mention that, in his brief career as a US senator, Obama had “voted 97 percent of the time with Democrats.” The Post fact-checker appeared to believe that it would have been appropriate for the party’s presidential nominee to berate himself, at a Democratic convention, for voting with his fellow Democrats—and he pretended this for the purpose of falsely equating Obama’s truthful statement with deliberate Republican falsehoods.

Much the same dynamic can be seen in the Post’s recent rampage against Congresswoman-elect Alexandria Ocasio-Cortez. As Fairness and Accuracy in Reporting’s Reed Richardson recently wrote, the Post slammed her for a tweet that “drew a direct comparison between $21 trillion in unsupported Defense Department budget adjustments over an 18-year period and the projected $32 trillion cost of implementing ‘Medicare for All’ over the next decade.” That $21 trillion number came from Dave Lindorff’s recent special report in The Nation, “Exposing the Pentagon’s Massive Accounting Fraud,” but it refers to both undocumented inflows and expenditures. Richardson noted that Ocasio-Cortez had oversimplified the argument, but qualified it about 10 hours later with a follow-up tweet: “this is to say that we only demand fiscal details w/ health+edu, rarely elsewhere.”

The Post’s “Fact Checker” blog gave Ocasio-Cortez’s initial tweet four Pinocchios—the worst rating a single statement can receive—for failing to capture the complexity of the issue, something that would be impossible in 280 characters or fewer. As Richardson pointed out, this was the second time the Post had fact-checked the millennial democratic socialist before she has even assumed office. The first time was when she said during a live interview that “everyone has two jobs”—as if she meant it literally. It was also the second time (at least) that the Post went after a progressive’s claim on how to fund Medicare for All, when in each instance the truth wasn’t so simple. In August, Kessler saddled Bernie Sanders with three Pinocchios when the Vermont senator argued that a study by the conservative Mercatus Center showed that switching to his single-payer system could save $2 trillion over the coming decade. And while it’s true that the conservative author of the paper made some questionable assumptions and didn’t support the policy himself, Sanders was right: The Koch-funded Mercatus study did find that Medicare for All could save $2 trillion. Yet despite this fact, Kessler’s three-Pinocchio rating remains. No one deserves a Pinocchio here, except perhaps for the Post “Fact Checker.”