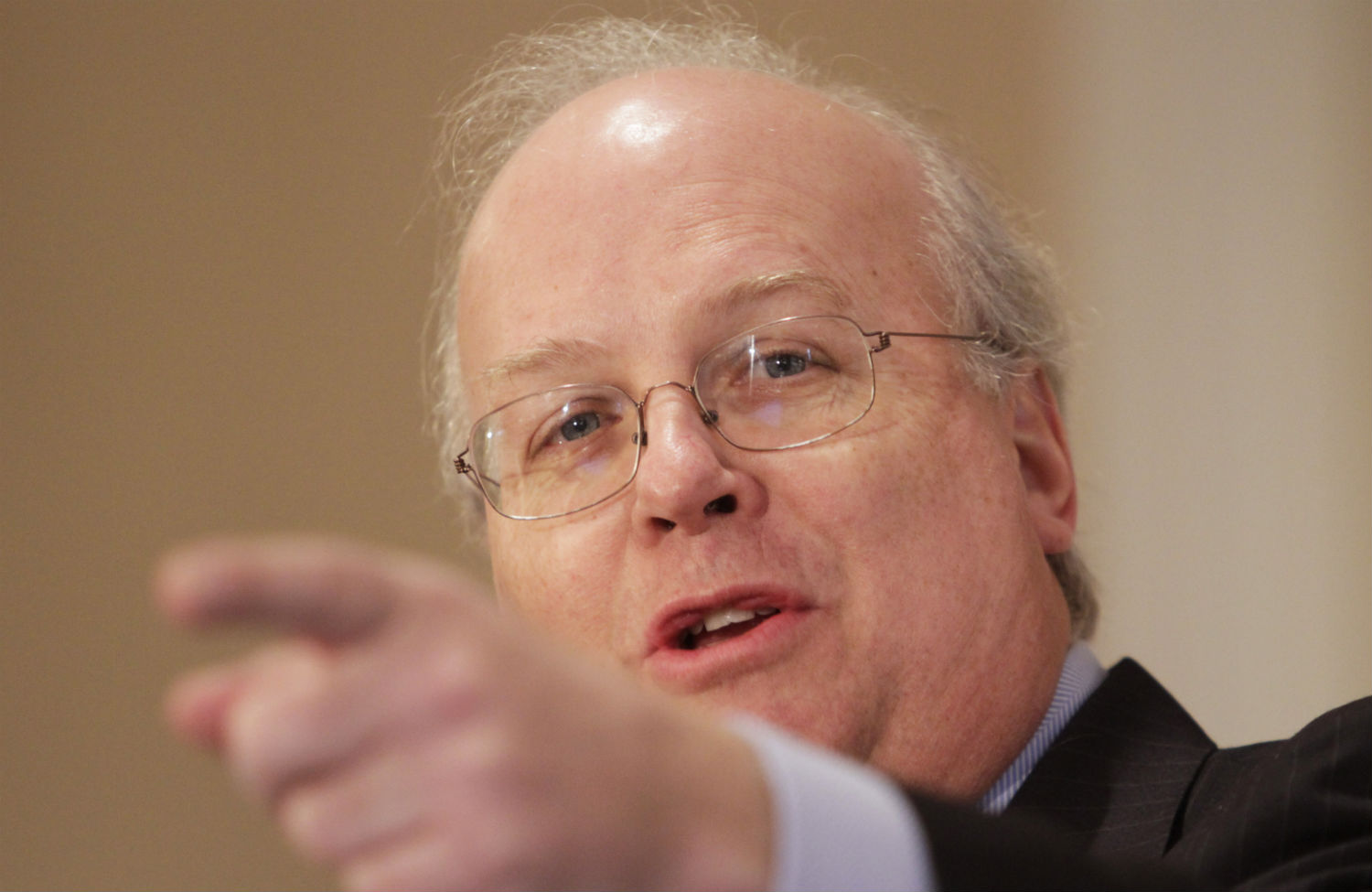 If you consumed any political news at all Tuesday, you likely know that Karl Rove, former political guru for George W. Bush, reportedly suggested during a conference last week that Hillary Clinton suffered a “traumatic brain injury” recently.

Rove quickly denied the charge, and told The Washington Post later in the day that “of course she doesn’t have brain damage.”

But the idea that the former first lady and possible future presidential candidate is brain damaged is already all over the media. Elsewhere in the Post, one can find over a thousand words from the ever-credulous Chris Cillizza on the subject of Clinton’s health, pivoting off Rove’s remarks. (Cillizza isn’t entirely sure if Rove’s bizarre charge is wrong: he actually begins a sentence “Putting aside the ‘brain damage’ debate, which seems like a bit of a red herring….”)

You could believe Rove’s denial—but you would have to ignore virtually his entire political career. For decades Rove has been circulating nasty, personal rumors about political opponents and placing them in the public conversation, all while obscuring his fingerprints, making the rumors become the opponent’s problem, not his. It’s page one of his playbook.

Take for example the tale of Mark Kennedy, a Democratic candidate for Alabama Supreme Court in 1994, as recounted in James Moore and Wayne Slater’s book on Rove, The Architect. Rove was working for Harold See, Republican and law school professor backed by the Business Council of Alabama.

Kennedy was “not your typical Alabama macho, beer-drinkin’, tobacco-chewin’, pickup-drivin’ kind of guy. He is a small, well-groomed, well-educated family man,” Moore and Slater noted. A central feature of Kennedy’s campaign ads was the private nonprofit he founded for abused and neglected children.

That seems like an entirely benign, harmless résumé point to offer—but as Moore and Slater note, Kennedy “had never been in an election against Karl Rove.” This is what began to happen:

“[W]ord began to spread along the loose network of University of Alabama Law School faculty and students that Kennedy was a pedophile. The whisper campaign moved with a kind of ruthless efficiency from the hallways of the law school to folks back home, to big cities and small Alabama communities, everywhere students lived. [Kennedy’s campaign manager] said he heard about the whisper campaign directly from friends inside the law school, and as he studied polling data, he saw that it was working. But what to do about it?”

Kennedy couldn’t exactly call a press conference and announce he wasn’t a pedophile, as the authors note. He managed to win the election, but narrowly, and did not seek re-election.*

Rove is a master at forcing his adversaries to address vicious personal rumors that were never true in the first place. I could go on and on, but a brief highlight reel:

Many of these techniques actually come from Lee Atwater, who tutored Rove. “A supposed slip of the tongue that in fact gets some truly nasty tidbit on the record—that tactic is straight from the Atwater manual,” The New York Times noted in 2008. And the strategy has been reworked and refined by Rove in the ensuing years. (Note the echoes between his ageist attack on McCain’s mental health, and Tuesday’s broadside on Clinton’s brain.)

It’s only a matter of time until some reporter asks Clinton if she’s really suffered brain damage, and her response will revive the story once again, leaving legions of voters wondering if there really is something to all this brain damage talk. Rove knew exactly what he was doing by invoking that specter and then walking away innocently, twiddling his thumbs. It’s the same thing he’s always done.

*A previous version of this story said Kennedy lost.