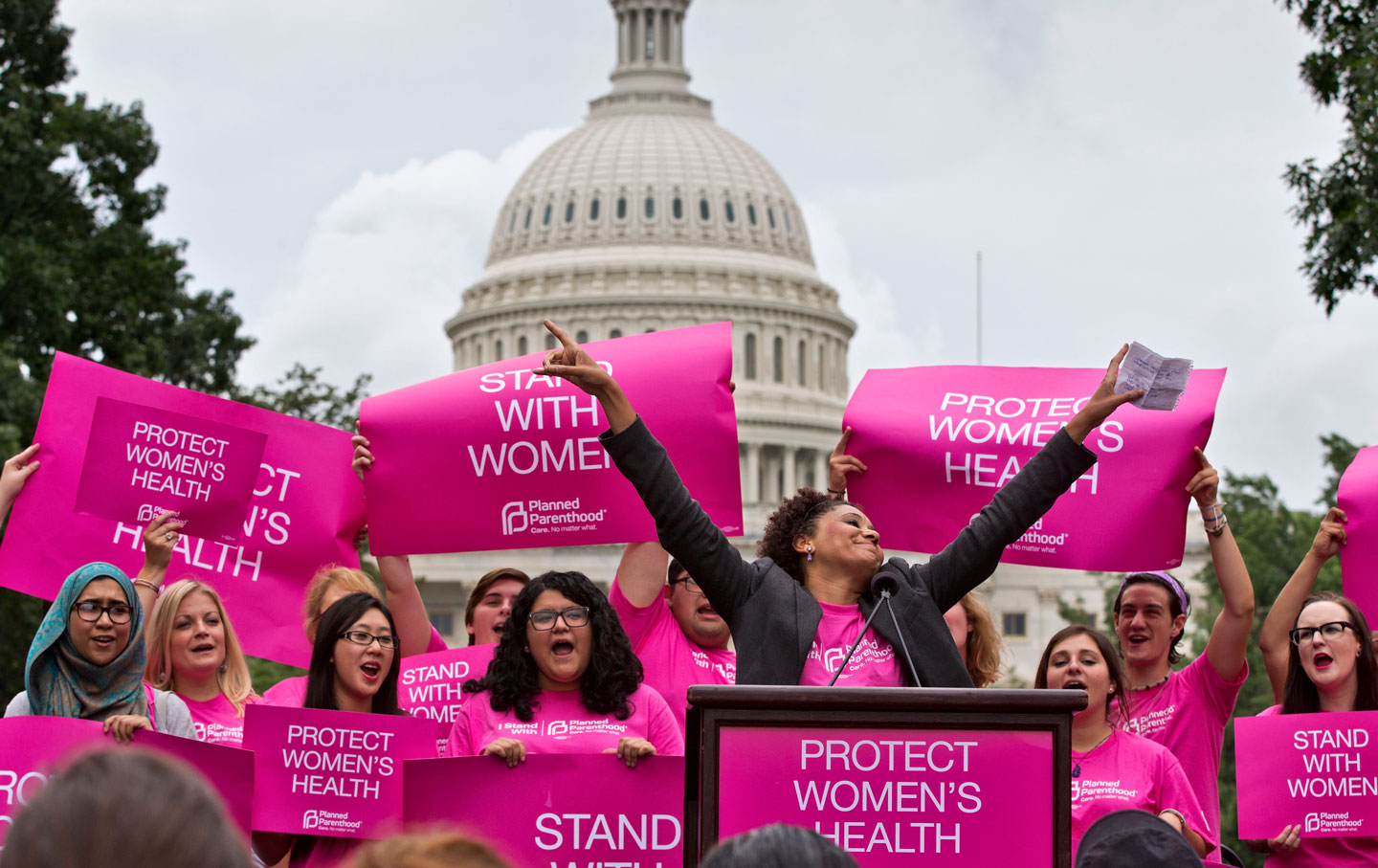 Nearly one in three women in the United States will have had at least one abortion by the time they reach menopause. Some will have had more than one. Where are they? In a recent piece on the New York Times op-ed page, I called on them to break their silence. Thanks to clandestine videos produced by the Center for Medical Progress, an anti-abortion outfit, Planned Parenthood is in its hour of need. Independent clinics all over the country are closing due to laws that purport to protect patient safety but are actually intended to put clinics out of business. Ostracism, death threats, bombings, and arson are driving providers out of the field and discouraging new ones from entering it. Restrictions intended to shame women and raise the cost of abortions are heaping up. As Rabbi Hillel famously asked, “If not now, when?”

Don’t all political movements, at some level, ask people to to get out of their comfort zones and be a little brave?

It didn’t take long for pro-choice activists to remind me that many women cannot tell their story. They would be disowned by their families, shunned in their communities, beaten by their men, and subject to all kinds of harassment, online and off. At Cosmopolitan.com, Renee Bracey Sherman writes, “We cannot ask people to share a vulnerable story when the atmosphere is filled with so much vitriol.” Point taken—there are reasons why people keep their secrets. Stigma works. After all, there are still plenty of gay men and lesbians who are in the closet, or are out to some people but not others. Bracey Sherman reminds us that we can’t put everything on the backs of women who have had abortions: “We cannot eradicate abortion stigma without the support of those whom society deems ‘good’ mothers because they didn’t choose abortion.”

So, to clarify: I would never suggest that any woman endanger her safety or livelihood to tell her abortion story. But there are plenty of women for whom the stakes are nowhere near so high. After my op-ed came out, I got a number of e-mails, some from women explaining why they were silent, but also from women declaring that now they would go public. One in three women is a lot of people. Don’t all political movements, at some level, ask people to get out of their comfort zones and be a little brave?

I also don’t mean to suggest that only women who have had abortions have a responsibility here. If you or your child or your boyfriend  (8 percent of Planned Parenthood’s patients are men) ever visited a Planned Parenthood clinic for birth control or STI treatment, you owe them. If you have had sex without intending pregnancy; or a pregnancy scare that didn’t send you completely over the wall; or made education, career, or life plans that depended on postponing childbearing, you owe Planned Parenthood, because undergirding all of those choices is the ready availability of birth control and abortion, whether or not you think you would actually end an ill-timed pregnancy.

For women who have had abortions, storytelling is just one possibility. If you can’t tell your story, you can still stand up for reproductive rights. You can talk to your friends and neighbors about the issues; you can vote for pro-choice candidates (anti-choicers are much more likely than pro-choicers to be single-issue voters, which is one reason we are where we are today); you can stay on top of the news—I meet so many pro-choice people who think this issue doesn’t affect them, because they live in a blue state. You can lobby your state legislature about the millions of tax dollars pouring into so-called crisis pregnancy centers. You can switch to a pro-choice church. You can write a thank-you note to your abortion provider. If every woman who received care from Planned Parenthood put just $10 in an envelope every year and mailed it to their local affiliate, that would be a game changer. If $10 is too much, how about $5? Or $1?

B.J. Isaacson-Jones, who ran an abortion clinic in St. Louis for many years, wrote “An Open Letter to 21 Million Women” in 1988, 15 years after Roe. This year, Roe turns 42, and it’s truer today than ever. It appears in full below.

Where are you?
For over 16 years we have provided
you with choices
Painful choices
I remember—
I sometimes cried with you.
Choices, nevertheless, when you were desperate.

Remember how we protected your privacy
and treated you with dignity and respect
when you
were famous
had been brought to us in shackles
with an armed guard, or
were terrified
that you would run into
one of your students?
I remember each of you.

Our clinic was firebombed.
Do you recall?
Exhausted and terrified we had
been up all night.
We rerouted you to another clinic
because you wanted an abortion that day.
Where are you?

Priding ourselves on providing abortions for
those who cannot pay, we have spent millions
of dollars that we never really
had caring for you. We wanted
to give a choice.

I also gave you cab fare and
money for dinner from my own pocket.
Have you forgotten?

I remember you cried and asked me how
you could carry this pregnancy to term when
you were abusing the children you had,
were having an affair,
tested positive for AIDS,
could not handle another,
were raped by your mother’s boyfriend,
pregnant by your father and
shocked and torn apart when
your very much wanted and loved
fetus was found to be
severely deformed.

Your mother picketed our clinic
regularly. We brought you in after dark.
Have you mustered the courage
to tell her that you are pro-choice?
You are.
Aren’t you?

I recall shielding your shaking body, guiding you
and you husband through the picket lines.
They screamed adoption, not abortion!
You wondered how you could explain your
choice to your young children.

You broke our hearts.
You had just celebrated your twelfth birthday
when you came to us. You clutched
your teddy bear, sucked your thumb
and cried out for your mom who asked
you why you had gotten yourself pregnant.
You replied that you just wanted to be grown.
You’re twenty today.
Where are you?

I pretend I don’t know you in the market,
at social gatherings and on the street.
I told you I would.
After your procedure you told me that you would
fight for reproductive choices (parenthood,
adoption, and abortion) for your mother, daughters,
and grandchildren. You will . . . won’t you?

I have no regrets. I care about
each and every one of you and
treasure all that you’ve taught me.
But I’m angry. I can’t do this alone.
I’m not asking you to speak about your abortion, but
You need to speak out and you need to speak
out now. Where are you?