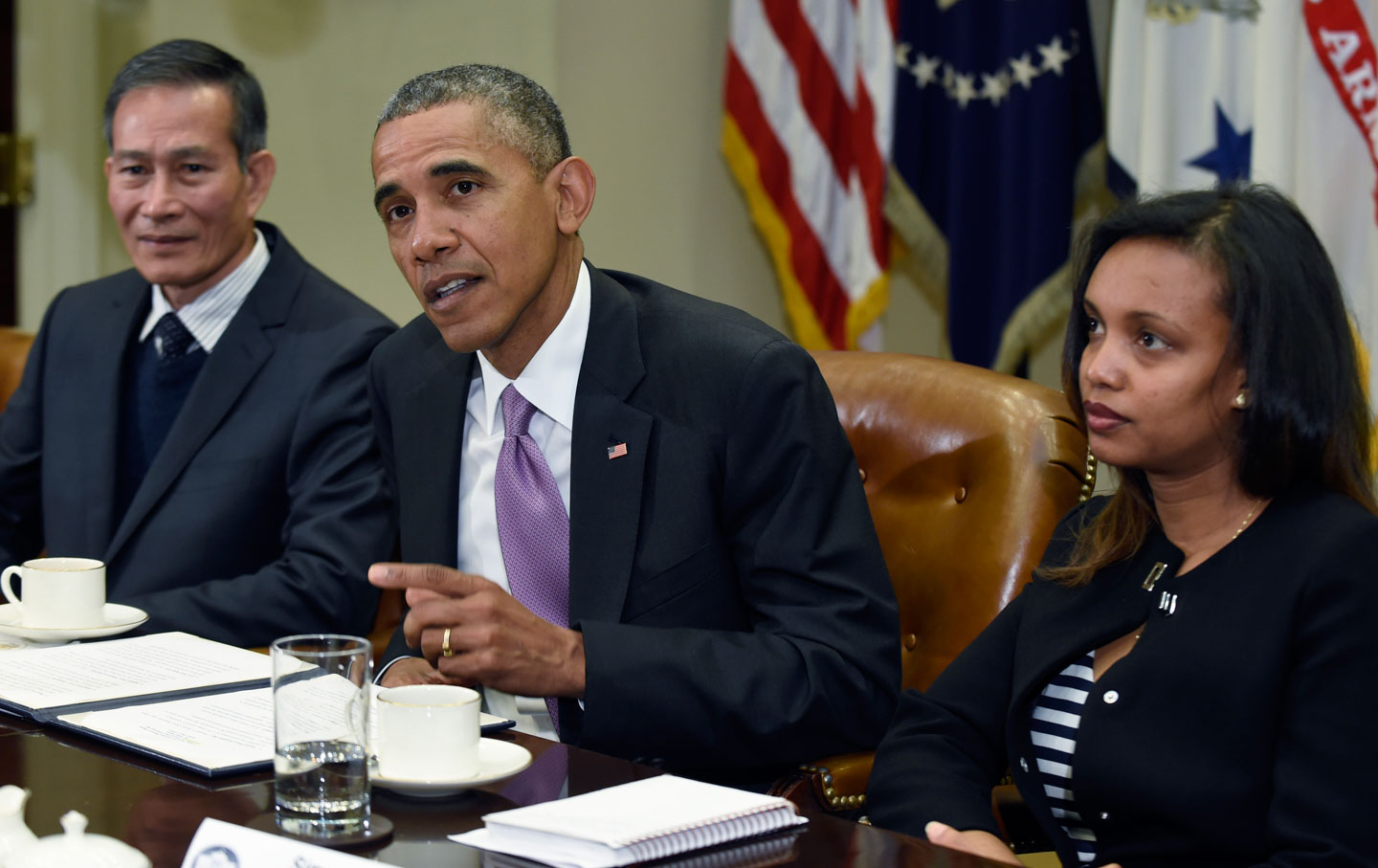 Early on July 9, guards in Kaliti prison in Addis Ababa, Ethiopia, told Reeyot Alemu to pack up her bags. After four years in prison, she was going home.

Reeyot is one of six journalists, including two bloggers from the Zone 9 blogging collective, released on July 8 and 9. Their only crime was exercising their right to free expression. The timing of the high-profile releases should come as no surprise, given President Barack Obama’s current trip to Ethiopia.

Reeyot’s arrest in June 2011—along with that of fellow journalist Woubshet Taye, who remains behind bars—marked the start of a spate of arrests of journalists, activists, and other peaceful dissenters under the country’s deeply flawed Anti-Terrorism Proclamation. Human Rights Watch and other groups had warned before the passage of the law in 2009 about the overly broad provisions relating to “terrorist acts” and “encouragement of terrorism,” as well as the provision for up to four months in pretrial detention.

As anticipated, the authorities repeatedly misused the provisions to give a legal veneer to their increasing clampdown on dissent.

The Misuse of Law

The government has often brushed aside criticism of the anti-terrorism law, contending that it was largely inspired by similar legislation in key partner countries, notably the United Kingdom and the United States. It’s high time to dispel such arguments, and President Obama’s visit would be a good time for him to say so. In a country where people are regularly charged with terrorism for peaceful dissent and expression, and where the courts are under the thumb of a government bent on silencing criticism, this law will be abused time and time again.

Since 2009, the Ethiopian authorities have charged or convicted on trumped-up charges at least 13 other journalists, including a prominent government critic, Eskinder Nega, and four other bloggers from Zone 9. They continue to languish in prison.

In the meantime, away from the spotlight and the euphoria over the releases, the country’s courts continue to hand down sentences against peaceful dissent under the anti-terrorism law.

On July 6, another journalist, Yusuf Getachew, the editor-in-chief of the now-defunct popular Muslim magazine Yemuslimoch Guday (Muslim Affairs), was among 18 men convicted under the law. Their sentencing is scheduled for August 3.

The 18 included journalists, activists, and leaders of a movement of Ethiopia’s Muslim community who took to the streets in late 2011 over alleged government interference in religious affairs. Rather than allowing the generally peaceful protests to take place, the security forces responded violently, assaulting and arresting hundreds of protesters and the leaders. Another member of the group was sentenced under the law on July 22.

The authorities initially charged 29 prominent figures in the movement, although 10 have been released. The trial lasted two and a half years and was initially closed because the prosecution alleged concerns about the security of its witnesses. But as is often the case in political trials in Ethiopia, the court reportedly overlooked the rights of the defendants.

The authorities held a number of protest leaders and activists for almost two months without access to legal counsel—and some, such as Getachew, were held in isolation. Several reported mistreatment during their initial detention in the notorious Federal Police Crime Investigation Sector, Maekelawi, in Addis Ababa. Human Rights Watch has documented numerous cases in which officials tortured and otherwise mistreated defendants to extract confessions.

Lawyers for the defendants repeatedly complained to the courts about their clients’ mistreatment, but the complaints do not appear to have been appropriately investigated. Most troubling, in early July, the Justice Ministry revoked the license of the defendants’ main lawyer, Temam Ababulgu, who repeatedly spoke out publicly against the mistreatment of his clients.

But the authorities’ unsubtle attempt to deflect attention from criticism on their key rights record by releasing a few people who should never have been sent to prison in the first place should spur Obama. He should press the government to significantly revise the draconian anti-terror legislation and urge the unconditional release of everyone else being held for their journalism or peaceful political activism.

Although Reeyot’s arrest marked the beginning of Ethiopia’s abusive use of the anti-terror law, there’s no reason to believe her release marks the end of the government’s misuse of the law. Until it is meaningfully revised, Ethiopians won’t be able to speak and protest without fear of prison time.