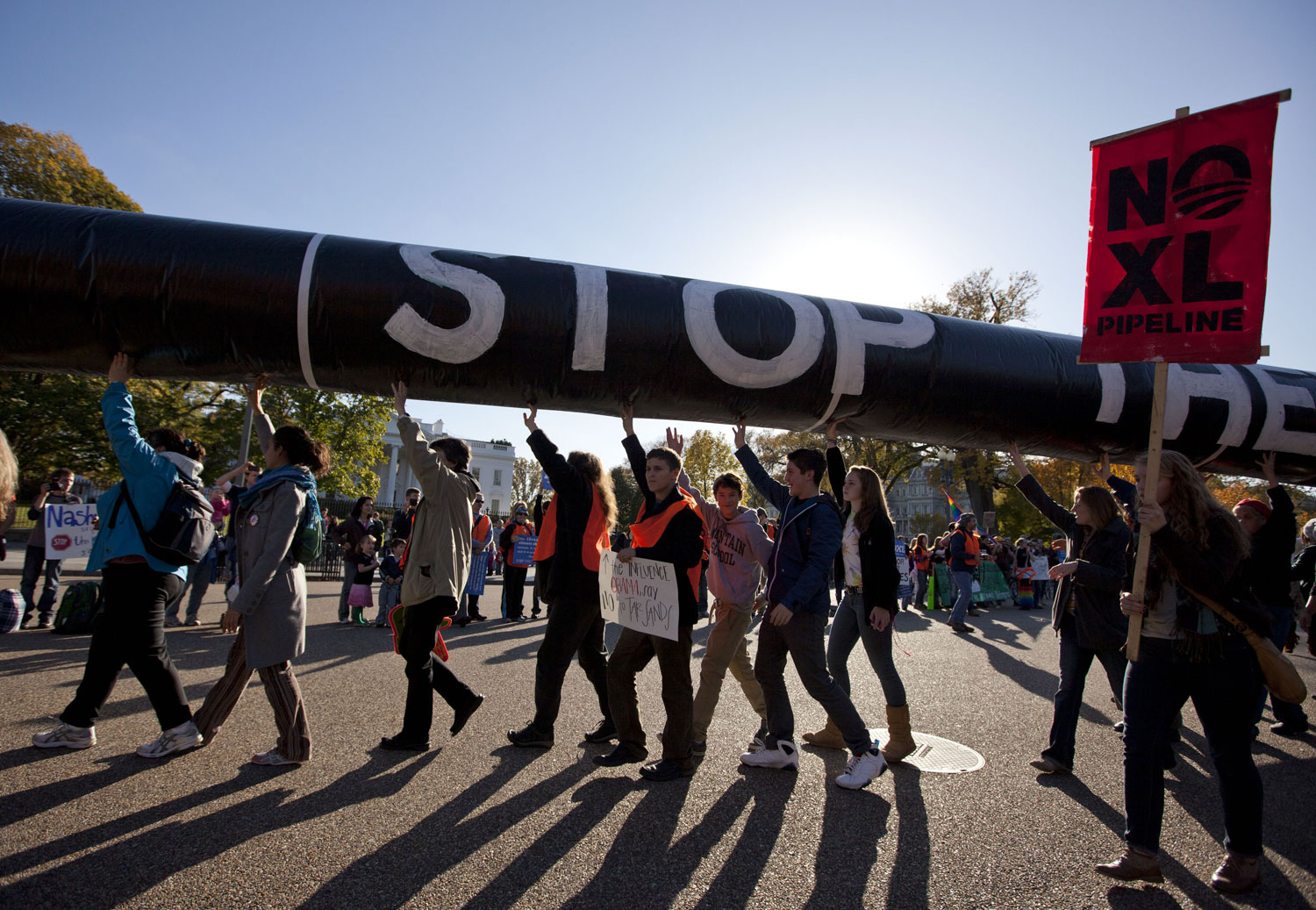 The State Department has released a long-awaited environmental impact statement for the Keystone XL pipeline. Here’s the key section:

[A]pproval or denial of any one crude oil transport project, including the proposed Project, is unlikely to significantly impact the rate of extraction in the oil sands or the continued demand for heavy crude oil at refineries in the United States based on expected oil.

In other words, the State Department believes that oil from Alberta’s tar sands will be extracted, shipped and burnt regardless of whether the pipeline is built or not. That conclusion is disappointing for anyone hoping that the review would give President Obama clear justification to reject the pipeline. Last August, he declared that it would not be in the national interest to greenlight any project unless it “does not significantly exacerbate the problem of carbon pollution.”

Instead, the EIS leaves the administration considerable room to maneuver as the decision process enters the next stage: a more comprehensive assessment of whether the pipeline serves the national interest. That determination will consider climate change, foreign policy and energy security. “This is not a document that deals with approving and denying” the pipeline, Assistant Secretary of State Kerri-Ann Jones emphasized on a call with reporters. There is no timeline for a final decision on the project, although eight federal agencies have ninety days to weigh in, and a monthlong public comment period begins on February 5.

While the EIS does not lay out a clear reason to reject the pipeline, neither does it deny the environmental implications of the project completely. The report affirmed a previous finding that oil produced from tar sands produces about 17 percent more greenhouse gas pollution when burned, compared to traditional crude. Jones said it would be “a bit of an oversimplification” to conclude from the report that KXL would have no impact on climate change. Jones also acknowledged that the report’s assumptions about oil markets are “uncertain and changeable.”

One figure we’re likely to hear cited by proponents of the pipeline is 42,100. That’s the number of temporary jobs the pipeline is expected to generate, according to the report. However, the more significant number is fifty. According to the EIS, that’s how many people would still have a job once construction ends in a year or two.

The timing of the release is itself controversial. The State Department’s Inspector General has yet to complete a conflict of interest investigation into the contractor hired to conduct the EIS, a London-based company called Environmental Resource Management (ERM). The IG launched its investigation after Friends of the Earth and other groups obtained information indicating that ERM failed to disclose connections to TransCanada, the company backing the pipeline, and other industry groups.

In December, twenty-five Democrats in Congress sent a letter urging officials to delay the publication of the EIS until the allegations had been fully investigated. “It would be unwise and premature for the Department of State to release an EIS prepared by ERM while it remains under investigation for lying to federal officials about its ties to TransCanada and over a dozen oil companies with a direct stake in whether or not Keystone XL gets approved,” the letter reads.

Asked why the State Department did not wait for the IG report to publish the EIS, Jones said that the two studies were “completely separate processes,” and that the agency was confident in its conflict of interest procedures. “I feel that it’s important for us to move forward in our process,” she continued. “We wanted to get this document out and keep moving.”

The timing of the release infuriated some members of Congress. “This document will be seen by the entire environmental community—in which I certainly include myself—as a sham. The fact that the Canadian government and the oil industry were reportedly briefed on today’s news before Congress was given the courtesy of a heads-up speaks volumes,” Representative Raúl Grijalva, a Democrat on the House Committee on Natural Resources, said in a statement. “The only way to approve Keystone XL is to ignore the multiple lies TransCanada told the State Department in its application. I’m sorry to see the State Department is comfortable with that.”

The allegations against ERM appear serious. Furthermore, internal State Department documents obtained by the Sierra Club suggest that State did not verify ERM’s claim to be free of conflicts of interest. If it had done so, the agency would have found that ERM failed to disclose relationships with several companies that could benefit from tar sands development, including ExxonMobil, Shell, Chevron, Conoco Phillips and Canadian Natural Resources. Several oil and gas industry associations that have advocated for the pipeline list ERM as a member, including the American Petroleum Institute, which has spent $22 million on KXL and tar sands lobbying, according to Friends of the Earth. A Mother Jones investigation found evidence that the State Department knew about, and tried to conceal, connections between TransCanada and one of the ERM employees leading the KXL review.

Now that the decision is in President Obama’s hands, expect new action from environmental groups. Vigils are planned around the country for Monday. Sixteen organizations have sent a letter to Secretary of State John Kerry, complaining that the scope of the environmental review was too narrow and threatening legal action based on the National Environmental Policy Act.