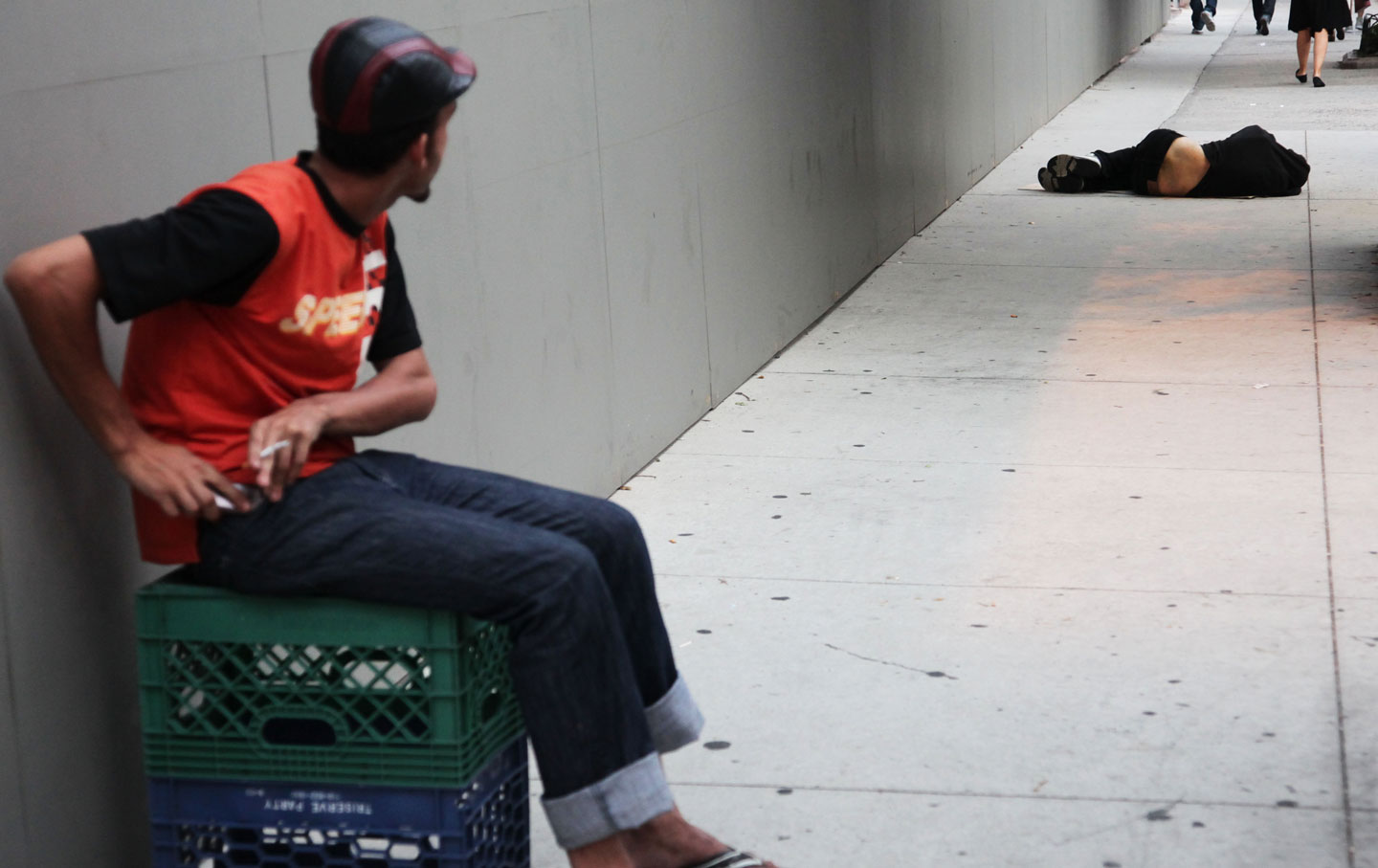 The Tenement House Commissioner of New York City, Frank Mann, was quoted two weeks ago as saying that the shortage of apartments in the city aggregated 40,000. Mayor Hylan said that the figure was too low and should be nearer 100,000; while Edward Doyle, secretary of the Mayor’s Housing Conference Committee, put the shortage at 160,000.

Everybody knows why this startling state of things has arisen and why it continues. There was practically no building for residential purposes during the war, and there is very little building now.

Everybody knows not only that there is no building, but why there is no building. High prices of land, labor, and material in the cities have made it impossible to build at a profit unless the owner can be assured of a high rental; and rentals, thanks in part to scarcity, in part to the high cost of building, and in part to profiteering by landlords, have about reached the limit of human endurance.

This is the situation. What does it mean for the people? For one thing, it means that some hundreds of thousands of families are threatened with the loss of the apartments or houses which they now occupy, and with not even a remote prospect of finding any others.

All this spells calamity. A population without homes means not only inconvenience; it means sickness and exposure and suffering for men, women, and children; and it may mean death. Without greater forbearance and self-restraint than a houseless population has ever yet exhibited, it also means riot, disorder, and crime. What is the government doing about it? Nothing as yet that can have any appreciable effect for many months to come.

There is one thing that should be done at once in every large city in which the housing problem is acute. That is to take possession of every unoccupied house, or building, or apartment that is fit or can be made fit for human habitation, and make it available for the people who need homes. There are hundreds of houses in every large city that are unoccupied. Some of them have been unoccupied for years, as their boarded doors and windows testify. Some are the superfluous houses of the superfluous rich; some are the town houses of well-to-do owners who pass all of the year in the country or abroad. There are stores and shops and lofts which are vacant, in which families could be housed. In a crisis such as now confronts us, no man has a moral right to close the doors of a building which he does not use; and if he will not rent at a fair rate, the municipal government should not hesitate to take possession, fix a fair rental, and let the people in. There are, in addition, houses which are unoccupied because they no longer meet the requirements of the tenement house laws. Beyond question, many of these could be made habitable at small expense, and that expense the city should assume for the time being. It will need a robust Mayor and city government thus to take the law into their own hands; but the people would support them. The crisis is too acute and too near to wait for slow and formal processes. The emergency is as great, and calls for as prompt and energetic action, as any that could arise out of a war. Let every empty house be opened for the people who will have no homes.

William MacDonald (1863–1938) was a professor of history at Brown University until 1917, when he resigned and became a wartime correspondent and then associate editor for The Nation. Oswald Garrison Villard, who was away when MacDonald wrote this editorial, recalled in his memoir: “[the piece] bowled me over when I saw it.”

Every New Yorker Needs a Home

In a 1920 editorial, The Nation urged the government of New York City to take “prompt and energetic action” to assure decent, affordable housing for all. “No man has a moral right to close the doors of a building which he does not use,” the editorial said, “and if he will not rent at a fair rate, the municipal government should not hesitate to take possession, fix a fair rental, and let the people in.” While those were different times, the fundamental message still rings true today.

Every New Yorker needs a home. And not just a home, but one that is safe and affordable and that leaves a family with enough money for other basic necessities like food, healthcare and transportation.

Our city’s government has the responsibility to push for affordable housing for its citizens. And that is what we are doing. Last May, we presented “Housing New York: A Five-Borough, Ten-Year Plan,” which seeks to create or preserve 200,000 affordable-housing units for half a million New Yorkers. (That’s enough housing for the entire population of Miami or Atlanta.) This $41 billion effort is the largest housing program undertaken by any city—or state, for that matter—in the nation’s history.

We’re converting voluntary  affordable-housing programs into hard and fast requirements for developers. We’re adding new resources in order to fast-track small neighborhood projects and renovations that will help New Yorkers who are being priced out of their own communities. We’re putting our pension funds and our private sector to work investing in the next generation of affordable housing.

Our plan is about the future, but it is inspired by New York City’s progressive past as a laboratory for housing innovation. More than a century ago, Jacob Riis published his groundbreaking work of photojournalism, How the Other Half Lives, in which he documented the substandard living conditions in the tenements of the Lower East Side.

The Roaring ’20s saw a burgeoning disparity in income between the wealthy and everyone else—in our city and across the nation—escalating the need for more affordable housing.

Today, we face inequality every bit as extreme as in that era. While rents are on the rise, working families’ wages are at a standstill. Half of all households in our city qualify as “rent-burdened”—spending so much of their income on housing that they are unable to meet other vital expenses. We are grappling with a homelessness crisis unprecedented in our history, and even families that were once solidly middle-class are forced to consider leaving the city they love because they can’t afford to stay in their neighborhoods and homes.

Keeping New Yorkers here and making room for those yet to come aren’t challenges we can afford to ignore. Our ability to confront them will define what kind of city we will be for decades to come. We must live up to our heritage of making this a city where working people can thrive and find their way up the economic ladder. It’s the story of New York. And we intend for it to be our future.