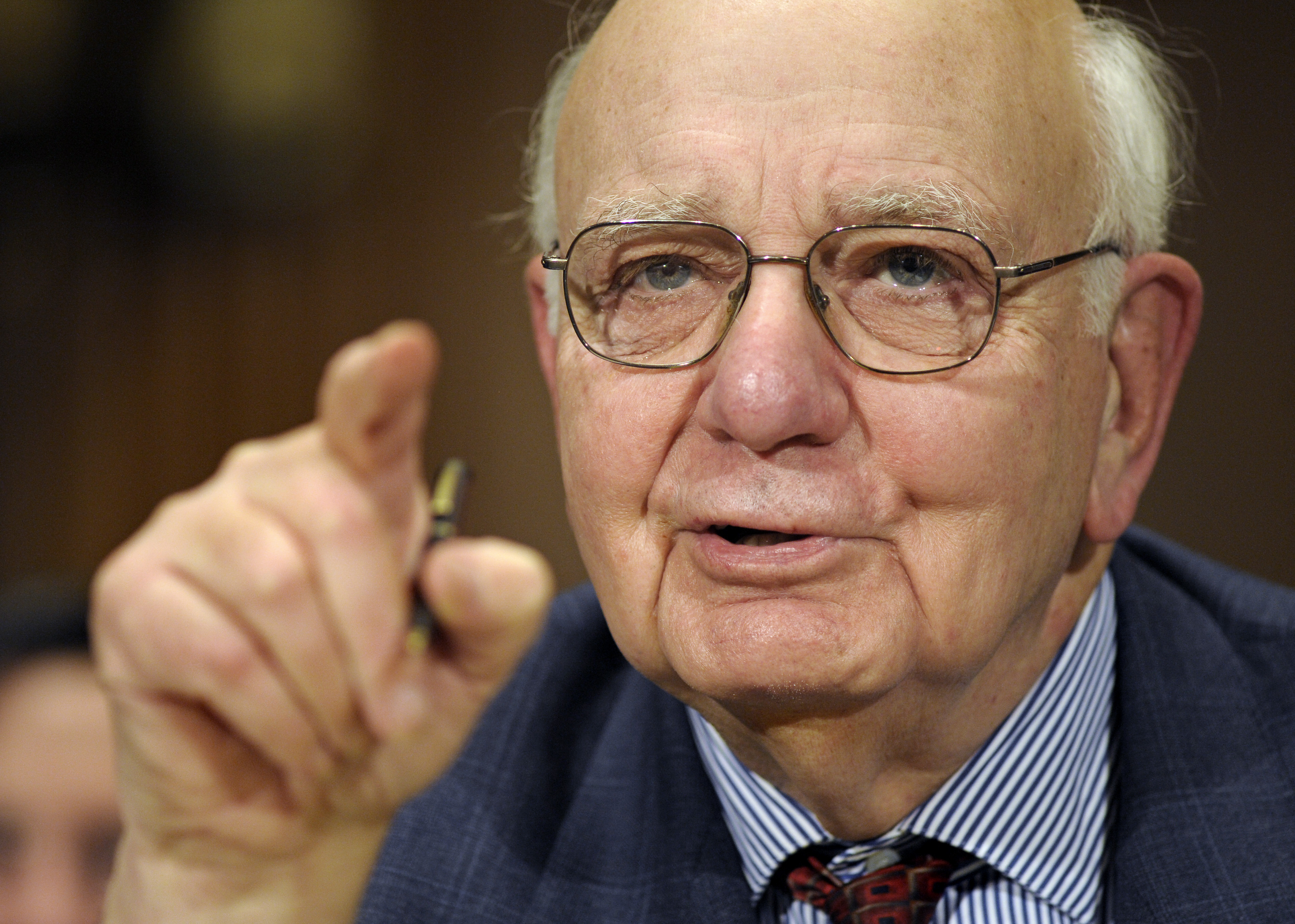 Behind his back, they called him “Tall Paul” in the 1980s and Volcker was indeed awesome then as Federal Reserve chairman alongside Ronald Reagan as president. Together they refashioned government—shifting everything rightward and setting up the triumph of the financial sector that has reigned ever since with its destructive qualities.

The Gipper did the fun part—cutting taxes from the top down—but Volcker did the heavy lifting. He presided over a long, brutal recession that broke inflation and labor wages and lots more. It was a decisive injury to organized labor He was a civil service giant, brave and also scary. At six-foot-seven, Volcker towered over the pedestrian ranks of Washington politics. Also important bankers and the US Senate. Reagan’s White House staff tried to push him around (though not Reagan himself) and Volcker brushed them off like gnats.

For all those reasons, I see his triumph—finally getting federal regulators to adopt his “Volcker amendment” to limit proprietary investing by the mega-banks—as a melancholy moment. It took three years for regulatory agencies to fend off the thousands of bank lobbyists and approve something. That’s better perhaps than a hollow victory but still far short of the reforms that are needed to get control over the out-of-control mega-banks.

I haven’t read the bill, but the financial press and Wall Street talkers are not impressed. It is something like 850 pages and so dense with loopholes and clever snares it will probably take another three years for bank examiners to understand what they are supposed to do with it.

Meanwhile, the too-big-to-fail banks will go on about their business, getting sweet on America’s troubles and pretty much ignoring prudent restraints. The real solution will not come until another Congress or a new president find the courage to break them up, cut them down to size and restore the old Glass-Steagall division of commercial banking from investment banking. A few years of experience with the Volcker Rule will probably be enough to demonstrate that it’s insufficient to change the behavior of JP Morgan and the banker gang. The risk is that the bankers will go wild again in the meantime.

Paul Volcker must be feeling a sense of personal regret if not guilt. He was present at the creation, after all. As Fed chairman. He blessed the first rounds of serious deregulation that repealed the caps on interest rates and doomed the savings and loan industry that financed housing. However reluctantly, Volcker also engineered the first big rescue of a too-big-to-fail bank—Continental Illinois in Chicago. He could have hung tough but he caved to the bankers. The Fed has lived off that precedent many times since.

The Federal Reserve and Treasury Secretary want us to believe they won’t do it again. I judge from his body language and muted comments that Paul Volcker doesn’t believe them.