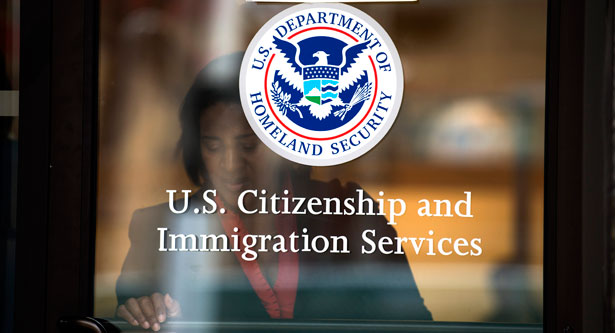 Last week, the White House once again punted on immigration, announcing it would delay a policy review that was intended to address the crisis of mass deportation. The move was another frustrating but unsurprising attempt to appease House Republicans who oppose immigration reform. But at the border, a more obscure policy shift may already be quietly promoting more expulsions of immigrants. New federal guidelines for reviewing asylum claims could tighten the screening process and force asylum seekers to return home to face persecution.

Asylum has historically served as a pathway for immigrants facing human rights violations to seek sanctuary, but the gates may be narrowing. In February, Homeland Security issued revised interview guidelines for the initial phase of the asylum application, which examines immigrants for a “credible fear” of endangerment. The screening gathers basic biographical information and documents their fears of persecution or torture, to determine general potential eligibility for humanitarian relief. This should ordinarily be a low threshold, preceding more rigorous, often lengthy reviews in court or in a more extensive administrative application process. But according to pro-immigrant activists, the new guidelines, which contain more elaborate rules on evaluating evidence of persecution, raise the level of scrutiny of claims to “significant possibility.” Legal advocates and human rights groups argue that this unfairly imposes a harder standard of review, closer to what they would otherwise have to prove in court. Advocates say the aim of credible fear interviews should be simply to screen out clearly ineligible claims, not to adjudicate potentially genuine ones.

Critics warn that the measure could intensify deportations of people with relatively unconventional claims of persecution, such as those put forward by victims of domestic violence, LGBTQ people fearing attacks on their sexual orientation or gender identity, or people facing threats and extortion for their political affiliations. Additionally, the new revisions may complicate the legal process for the relatively novel cases of undocumented youth asylum seekers, who petition for relief on the grounds that deportation back to their home communities would put them at risk of persecution based on their American background.

In an analysis of the guidelines, legal scholar Bill O. Hing notes that credible fear is supposed to be “structurally less rigorous than the standard for asylum,” yet the new guidelines may undermine that precautionary, “better safe than sorry” principle, by raising the rigor of the review in a way that denies people due process, deprived of a full legal review or even counsel.

According to Niloufar Khonsari, an attorney with San Francisco–based PANGEA Legal Services, the revised guidelines “will require applicants to go through a new, more rigorous credible fear screening with few of the due process protections that are available to asylum applicants in immigration court or even at the asylum office.” And many will likely undergo this ordeal on their own, because of a chronic lack of legal representation at the border. “Most credible fear interviews are conducted inside detention without counsel,” Khonsari explains via e-mail. “The asylum officer acts as judge, jury, and prosecutor. Even when counsel is involved… our role is circumscribed. We are representing our clients pro bono and from the other side of the state or the country.”

For young immigrant returnees like Yordy Cancino, a tougher asylum process would threaten his only escape route. A star student at his California high school and prominent LGBTQ youth activist, he had naïvely returned to Mexico, driven in part by frustration with the lack of educational opportunities for undocumented students. But back in his hometown, he discovered he was vulnerable to attacks or kidnapping based on his sexual orientation and links to the United States. In a video testimonial, he called his return “the biggest nightmare of my life.… I was in pain.” As an out gay youth, he added, “I was facing cruelty from my community…. My biggest fear was to get killed there, because they were literally bullying gay guys.” He staged a border-crossing in March with the youth-led Bring Them Home anti-deportation campaign, and his asylum case is still pending.

A heightened credible fear standard would particularly impact immigrants who are detained at the border and subjected to “expedited removal,” a fast-track process for expelling unauthorized border-crossers. By contrast, asylum-seekers already inside the country can begin their asylum process without the initial border questioning, automatically entering the regular asylum application process through US Citizenship and Immigration Services, or bringing their claims to immigration court. The revised threshold of “credible fear” specifically targets asylum-seekers at the border, where deportation is typically most imminent.

Overall, the asylum system weaves a tight sieve: Mexican nationals applying for asylum, for example, have a low approval rate. According to the Justice Department, in fiscal 2012, immigration courts received more than 9,200 asylum cases for Mexican applicants, denied nearly 1,400, and granted 126.

The guidelines purportedly address a recent influx of asylum claims from border-crossers. Yet they come at a fraught moment in the immigration debate, with heightened tensions around deportation and political agitation at the southern border. The “Bring Them Home” movement, beginning last summer, launched a high-profile border protest, led by cap-and-gown-clad protesters known as the “Dream 9,” and set off a nationwide solidarity campaign and several similar direct actions led by activist border-crossers. The protesters petitioned for asylum, citing dangers that they might face if returned to their home countries. Many eventually won release from detention after proving “credible fear.”

PANGEA helped represent undocumented protesters from the Bring Them Home action in March in California, and noted that so far in the Los Angeles area, “55 percent of these cases have been denied”—several times the rates seen in the first half of 2013—and that “The denial rate for our clients for credible fear is actually higher than the average denial rates for regular asylum cases, both at the asylum office and in immigration court.”

The profile of these denials spell out who may be most at risk under the new policy: “Many of these denials were for individuals like victims of domestic violence being pursued in Mexico by their abusers, openly gay men who have already been victims of attacks, and victims of politically-motivated threats or violence.”

Reasons for denial, according to the group, related not to lack of credibility but largely to problems of producing evidence, various legal complications and issues that would normally warrant a full legal review.

USCIS has not yet publicly responded directly to the criticisms of rights advocates. But immigration officials recently testified that they aimed to use credible fear screenings as a tool to weed out unqualified claimants. And in a February memorandum for immigration officials accompanying the guidelines, Asylum Division head John Lafferty stated that the revision was in response to a recent influx of these cases, “in light of the increased allocation of resources devoted to credible fear adjudications and increased attention on these adjudications.”

The Bring Them Home activists knew they were taking a risky route by pushing for asylum, but to their advocates, this was not a misuse of the system but a legitimate tactic to push the debate around the immigration system’s inequities. Their plea highlighted the real humanitarian issues at stake: not only the pain of separation from family members but genuine endangerment for deportees. Despite the efforts to tighten asylum rules, their humanitarian case was undeniable: as young people caught between two nations, whichever side of the border they were on, they had a right to a place to call home.