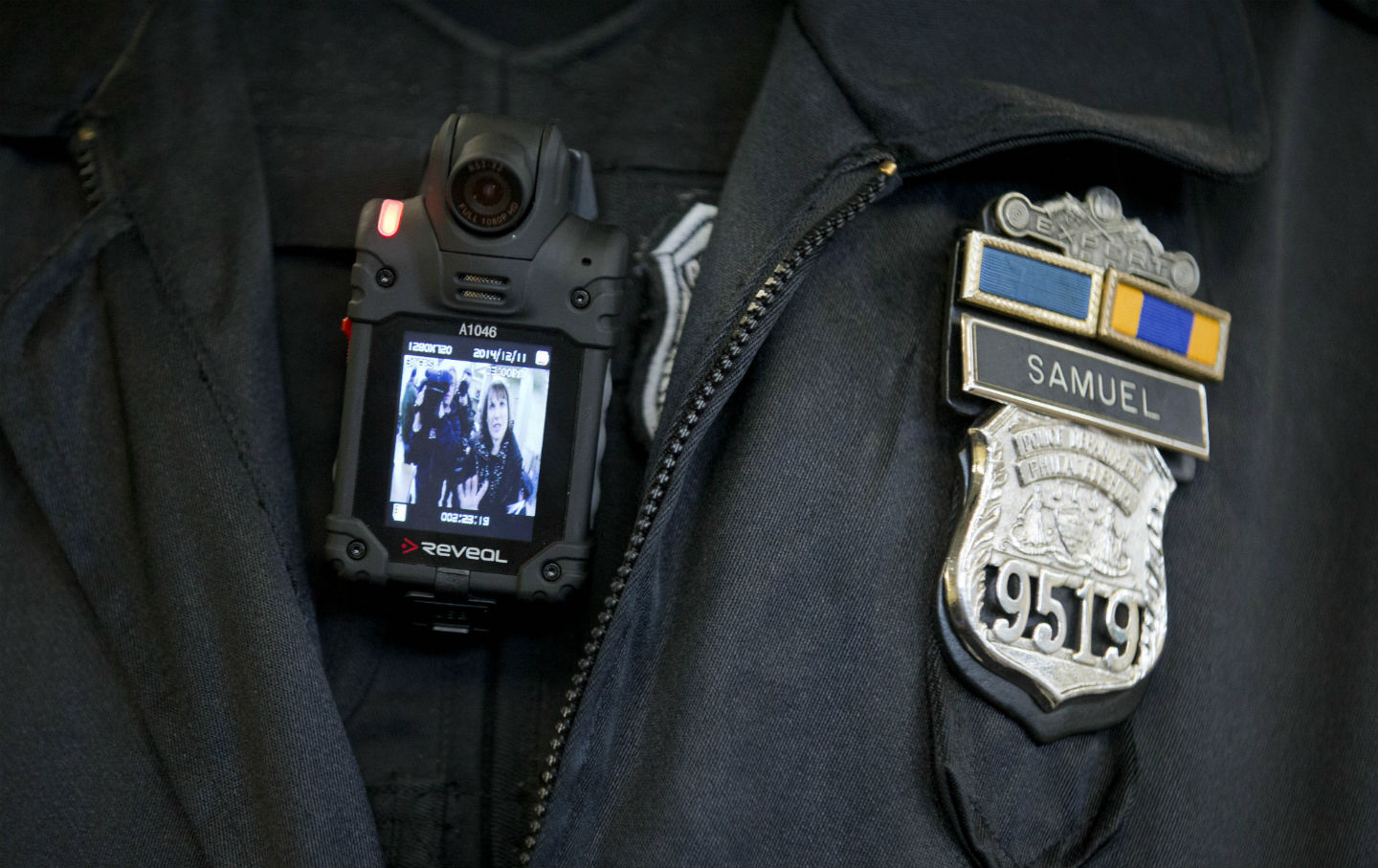 In Gardena, California, south of Los Angeles, three police officers killed an unarmed man, shooting him eight times, and shooting a second, seriously wounding him. They said the men were suspected of stealing a bicycle, but in fact they were friends of the man whose bike had been stolen, the Los Angeles Times reported, and “were searching for the missing bicycle.” The City agreed to pay a $4.7 million settlement to the survivor. The whole incident was recorded on a video camera mounted inside a police car. The officers involved were allowed to view the video, but the Gardena police refused to release it to the public, claiming that making the video public would violate the privacy rights of the officers involved.

Do the police have a privacy right to withhold video shot by in-car cameras or body cams? Do public officials, acting in their public capacity, have a right to prevent the public from reviewing video evidence of their conduct? You’d think the answer was obviously “no.” When the police kill somebody, it’s not “private.”

But 15 states are considering legislation to exempt video recordings of police encounters from release under state public records laws, according to the Associated Press, or to limit what can be made public. In Kansas the state Senate voted 40-0 in April to exempt police body-cam videos from the state’s open-records act. Police would have to release them only to people who are the subject of the recordings. Kansas police, on the other hand, would be able to release videos “at their own discretion.” In Minnesota, a state Senate committee has approved a bill making most police body-cam videos off-limits to the general public, “except when an officer uses a dangerous weapon or causes bodily harm.”

The ACLU recently estimated that a thousand people a year may have been killed by the police in the United States. The whole idea of videotaping the police is to deter excessive force and other forms of misconduct, and to provide a way of resolving disputes between victims of police violence and officers claiming they had just cause. “People behave better on film, whether it’s the police or the suspect,” said Michelle Richardson, public policy director of the American Civil Liberties Union of Florida, “because they realize others are going to see them.” That’s the main reason President Obama has proposed spending $75 million to help police departments buy body cams.

There’s good evidence body-cams can stop bad cops. In Rialto, California, east of LA, police officers wore cameras for a year in 2012, and as The Guardian reported, “public complaints against officers plunged 88 per cent compared with the previous 12 months. Officers’ use of force fell by 60 per cent.”

But if the police get to decide what the public will see, the entire rationale for the cameras is undermined. The police will release videos when they support the police version of violent encounters, and withhold the videos documenting misconduct.

The case for a police right to privacy is weak. Advocates say releasing videos could lead to retaliation against the officers involved and endanger their families. It’s the same rationale for refusing to release the names of police officers who injure or kill innocent people. But in those cases, the video (and the names) should be released, and protection provided if necessary for the officers and their families.

Of course most video from police body cams should not be made public. The ACLU has proposed guidelines that protect the privacy rights of the people encountering the police. For example, body-cam video shot inside people’s homes, when police respond to a domestic violence call, needs special restrictions on release, the ACLU argues. The ACLU also notes the need for restrictions on the release and posting on the internet of dash cam video of embarrassing incidents such as DUI stops of celebrities or “ordinary individuals whose troubled and/or intoxicated behavior has been widely circulated and now immortalized online.”

Progressive police officials know the body cams will help them get rid of bad cops. Denver police chief Robert White is one of those officials. Good cops should welcome body cams, he said recently, because they will “protect police from false allegations of excessive force.” And “citizens should know officers are being held accountable. The only officers who would have a problem with body cameras are bad officers.” The same goes for releasing police video.