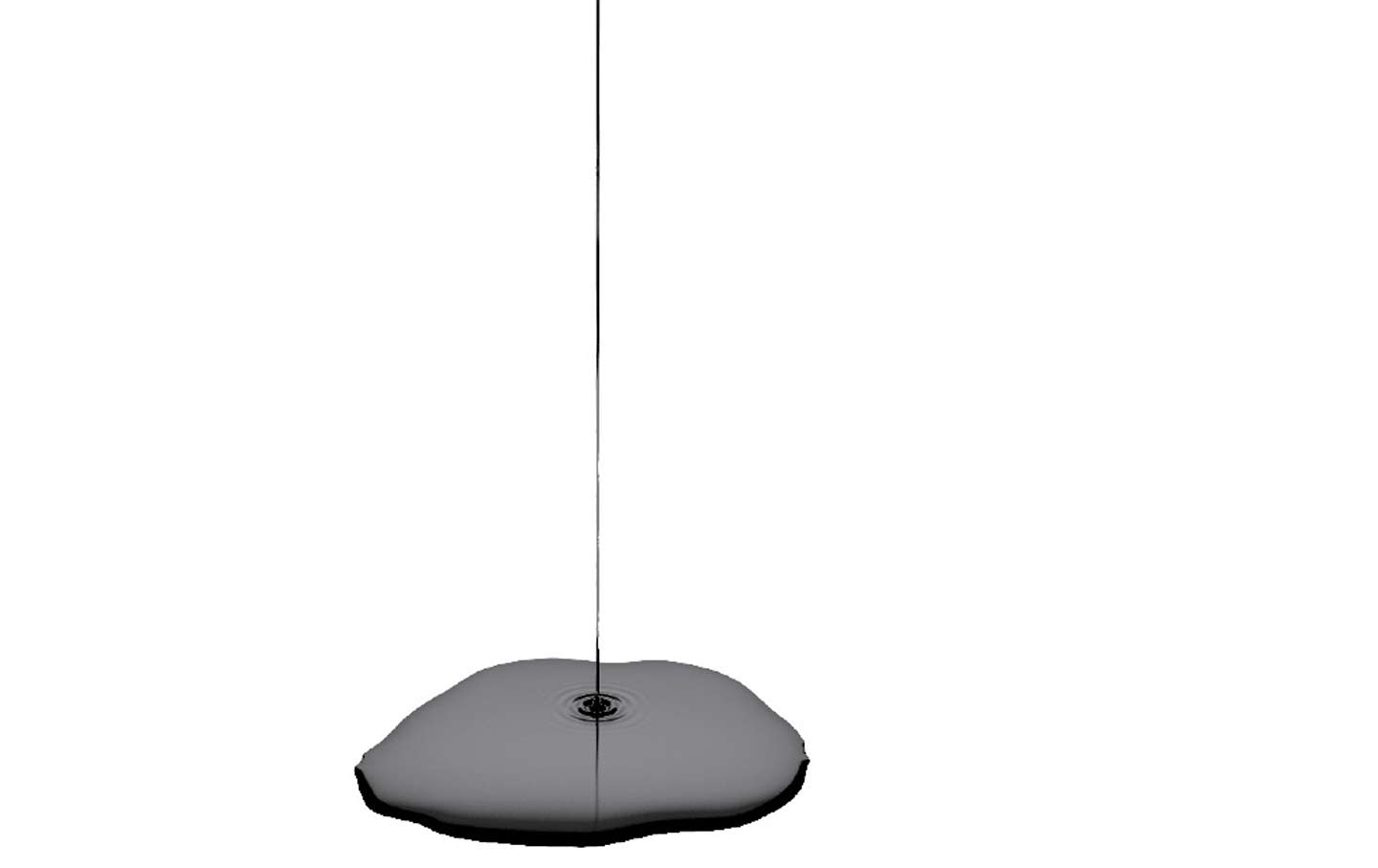 The dawn of 2016 is not a happy time to be an executive in the fossil-fuel industry. Like Gulliver, who awakens to find his limbs and trunk tied down by the tiny but industrious Lilliputians, the industry is under assault on many fronts at once, and it’s not clear whether it can free itself.

Economically, the prices for oil, coal, and natural gas have been falling, even as production costs remain high. Industry stocks are tumbling, and small and large companies alike are going out of business. Arch Coal, one of the largest coal companies in the United States, declared bankruptcy on January 11. Outside investors are wary or fleeing. Many are embracing solar and wind energy, drawn by plummeting costs that have driven stratospheric growth and market penetration worldwide.

The political terrain is no more favorable. At the United Nations climate summit in Paris last December, virtually every nation on earth promised to all but eliminate the use of fossil fuels after 2050—to abandon oil, gas, and coal in favor of renewable energy. In the United States, one of the nation’s most powerful legal authorities, New York State Attorney General Eric Schneiderman, is investigating whether ExxonMobil, the industry’s alpha leader, committed fraud by lying to investors and the public for decades about climate change. Schneiderman’s investigation and the Paris Agreement in turn exemplify a third threat: an increasingly aroused civil society, spearheaded by a climate-justice movement that continues to grow in size, impact, and global reach.

The fossil-fuel industry remains an immensely rich and politically powerful enterprise, and volatility has been a theme throughout its history. This particular episode may yet prove to be a passing storm. Depressed oil prices can also discourage investment in renewable energy and conservation alternatives. But ExxonMobil, Peabody Energy, and their fossil-fuel brethren at home and abroad appear to be in a fight for their lives. And for the moment, at least, the momentum is against them.

On January 15, US Interior Secretary Sally Jewell announced a three-year moratorium on new coal-mining leases on publicly owned land, as well as a comprehensive review of the “environmental and public health impacts” of coal mining. This ranks as perhaps the strongest climate action the Obama administration has taken to date; publicly owned coal in Wyoming’s Powder River Basin alone accounts for 10 percent of the country’s annual greenhouse-gas emissions.

The world’s other climate-change superpower did much the same, two weeks before Obama did. China will halt new coal-mine approvals for three years and close roughly 1,000 existing mines, the head of its National Energy Administration, Nur Bekri, announced on December 29. Together, China and the United States are responsible for about 60 percent of global coal consumption. Their rejection of coal is fresh evidence that the industry is “a dead man walkin’,” as Kevin Parker, former head of global-asset management at Deutsche Bank, first noted back in 2011.

Momentum begets momentum. Pressure from civil society—from grassroots activists, state and local government leaders, educational and faith institutions, and enlightened business and financial leaders—was essential to reaching the rhetorically ambitious though functionally nonbinding Paris Agreement. Now that accord is giving fresh ammunition to civil society’s efforts to keep most remaining fossil fuels in the ground, as scientists say is required to honor the Paris target of limiting temperature rise to 1.5 to 2 degrees Celsius above the pre-industrial level.

“The Paris Agreement, which has the support of virtually every nation on earth, is a clear and undeniable sign that the fossil-fuel industry is about to experience dramatic changes,” Schneiderman told The Nation. “During this time of rapid transition in the energy economy, it’s crucial that fossil-fuel companies tell the truth to the public and customers about the impacts of climate change on their business.”

Telling the truth is not only crucial; it’s the law. American firms must regularly disclose to investors and the public all material risks that could affect corporate operations and profitability. That will be a challenging if not self-defeating exercise for fossil-fuel companies in the post-Paris era. Telling the truth about Paris only figures to further spook already-nervous investors.

“There’s now a very clear message that fossil-fuel use must be quickly and dramatically reduced,” said an official involved with Schneiderman’s investigation. “Companies must acknowledge that. If they disagree, they need to state why and explain in clear, practical terms what the implementation of the Paris Agreement means for their business and its future.”

Even before Paris, Schneiderman’s office forced Peabody Energy, the largest private-sector coal company in the world, down this path. “We reached a settlement with Peabody that requires them to restate their filings,” Schneiderman said, “because they had misrepresented: They said there was no way to predict the effect of stricter climate policies on their business, when in fact they had retained a third-party consultant to evaluate that very question. That, to us, constitutes fraud. And it sets a very good precedent for the fossil-fuel industry as a whole.”

Schneiderman emphasized that he didn’t want to prejudge his investigation of ExxonMobil and other fossil-fuel companies. But recent investigative articles in the Los Angeles Times and the online publication InsideClimate News described a pattern of behavior strikingly similar to Peabody’s. Scientists at Exxon and another oil company began researching global warming in the 1970s. By the mid-1980s, they had repeatedly informed company management that burning oil, gas, and coal would raise global temperatures, bringing ruinous changes to food and water supplies and other essentials of civilization.

Publicly, however, ExxonMobil led the fight to discredit climate science and block policy responses. Since 1998, the company has spent at least $29.9 million to fund PR groups, lobbying campaigns, and other efforts to portray man-made climate change as a “premise that…defies common sense,” as Lee Raymond, ExxonMobil’s former chairman and CEO, argued in a 1997 speech opposing the Kyoto Protocol, an international treaty to limit greenhouse-gas emissions.

ExxonMobil spokesmen have vigorously rejected any suggestion that the company hid its climate research. Schneiderman’s office said that ExxonMobil has cooperated with its investigation, turning over thousands of internal documents dating back to the late 1970s.

Schneiderman said that every elected official who wants to make real change must pursue both “transactional” and “transformational” politics. “Transactional means doing your best to get the best possible results right now,” he explained, citing his office’s efforts to push the Environmental Protection Agency to issue strong pollution regulations for power plants. “The transformational aspect of our work is dealing with the fact that in the US, a remarkable number of people think that scientists disagree about climate change…. We have to break down this wall of propaganda that has confused the public, raise public awareness, and cast some doubt on what’s come out of industry.”

“It’s not going to happen with just one court case or one report,” Schneiderman added. Transforming the larger political context “must be done collectively, with lots of people involved.” However, Schneiderman doesn’t expect most of his fellow attorneys general across the nation to join his investigation the way they did against Big Tobacco in the 1990s: Too many state governments are still dominated by climate deniers. But he does think that “some other states” will get involved, “and we’ll get action from our federal counterparts.” A big first step may already have occurred in the nation’s most populous state. On January 20, the Los Angeles Times reported that California Attorney General Kamala Harris has launched her own investigation of ExxonMobil.