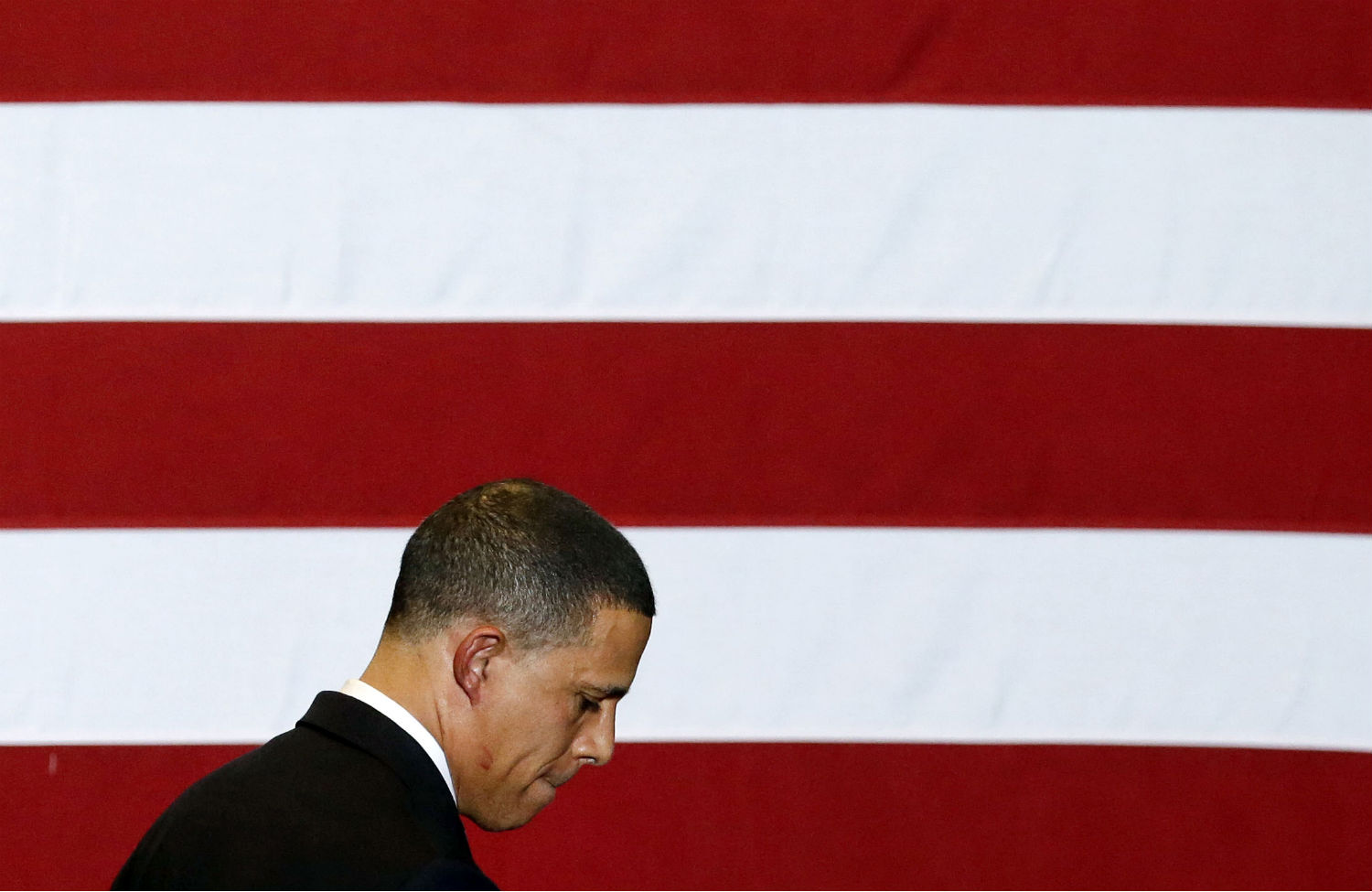 When Bernie Sanders gets to griping about the Democratic Party, which happens frequently, he asks, “What does it stand for?” The independent senator argues that, after years of sellouts and compromises on issues ranging from trade policy to banking regulation, and especially after letting campaign donors and consultants define its messaging, the party of Franklin Roosevelt and Harry Truman has become an ill-defined and distant political machine that most Americans do not relate to or get excited about. His point has always been well-taken, but it was confirmed on November 4. How else can we explain voters who chose Mitch McConnell senators and Elizabeth Warren policies?

That’s what happened in Arkansas, where 65 percent of voters expressed their concern about income inequality and poverty by approving a substantial minimum-wage increase on the same day they gave Senator Mark Pryor just 39 percent of the vote. Pryor was one of many Democrats who ran away from President Obama in 2014, and part of how Pryor distanced himself was by announcing his opposition to increasing the federal minimum wage to $10.10 an hour. Republican Tom Cotton, who also opposes the federal increase, slyly endorsed the state ballot initiative and swept to victory in a race where what could have been sharp distinctions between the contenders were neutralized by the Democrat.

Arkansas wasn’t the only state where voters cast ballots for economic-populist and progressive policies and then elected Republicans who are militantly at odds with them. Sixty-nine percent of Alaska voters backed the boldest formal proposal for a minimum-wage increase on a state ballot this fall—a hike to $9.75 an hour, with future increases indexed to inflation—but a substantial portion of them helped elect Republican Dan Sullivan, whose first vote as a senator will be to put McConnell in charge of blocking a federal wage increase. Minimum-wage hikes won overwhelmingly in Nebraska and South Dakota, both of which elected right-wing GOP senators and governors. In Massachusetts, 59 percent of voters approved a paid-sick-leave law and then elected a Republican who used to be a healthcare executive—and who opposed the ballot measure—as their new governor. In Denton, Texas, 59 percent of voters approved a ban on fracking on the same day that fracking-friendly Republicans won most state and local contests. In Wisconsin, 73 percent of voters backed county advisory referendums calling on the state to accept federal Medicaid money and expand access to healthcare, while at the same time re-electing Governor Scott Walker, who rejected the federal funds. Eleven of the nineteen counties that enthusiastically called for expanded healthcare also backed Walker. Similarly, voters in a number of Wisconsin counties and cities that called for a constitutional amendment to end corporate personhood and get big money out of politics also supported a governor who, with the assistance of the Koch brothers, has run the three most expensive campaigns in the state’s history.

While voter suppression and low turnout are huge concerns that must be addressed, voters who came to the polls on November 4 were sufficiently progressive and populist to support minimum-wage hikes, paid sick leave, crackdowns on corporate abuses of the environment, expansion of healthcare and radical reform of a money-drenched campaign-finance system. They just didn’t elect Democrats. Of course, personalities, dark-money interventions and plenty of other factors were at play. But the consistent pattern of progressive policy votes in combination with Republican wins provide the starkest evidence of the extent to which the Democratic Party was an incoherent force in 2014.

Sanders and members of the Congressional Progressive Caucus tried to get Democrats on message throughout the year. Warren wowed the crowd at Netroots Nation in July, where she outlined a platform centered on economic populism but also including progressive social, environmental and political reforms. But the memo never got to most candidates, consultants, party chairs and leaders. And the results were devastating—not just at the federal level but in the states, where Republicans grabbed governorships and eleven new legislative chambers. Midterms are usually rough for the party of the sitting president, but the 2014 defeats ran deeper, and in many cases will be harder to reverse.

At the root of the problem is a delinking of politics from policy. Increasingly, Democratic candidates in major contests run as “brands” carefully constrained to make a lowest-common-denominator appeal that is satisfying to campaign donors and insiders in Washington but that makes little sense to voters. While GOP candidates rage cynically against “elites” and “crony capitalism,” Democrats peddle pablum. As such, they don’t excite even their own base. What excited activists were those initiative and referendum campaigns; indeed, some of the biggest rallies I witnessed during the 2014 campaign were organized by backers of minimum-wage hikes and “Move to Amend” campaigners for an end to corporate influence on politics and policy. They were right to be excited: they were on their way to big and meaningful victories because they were fighting for big and meaningful—as well as popular—proposals. That’s a lesson Democrats should ponder, because as Stephanie Taylor of the Progressive Change Campaign Committee reminds us: “When elections are about nothing, Democrats lose.”