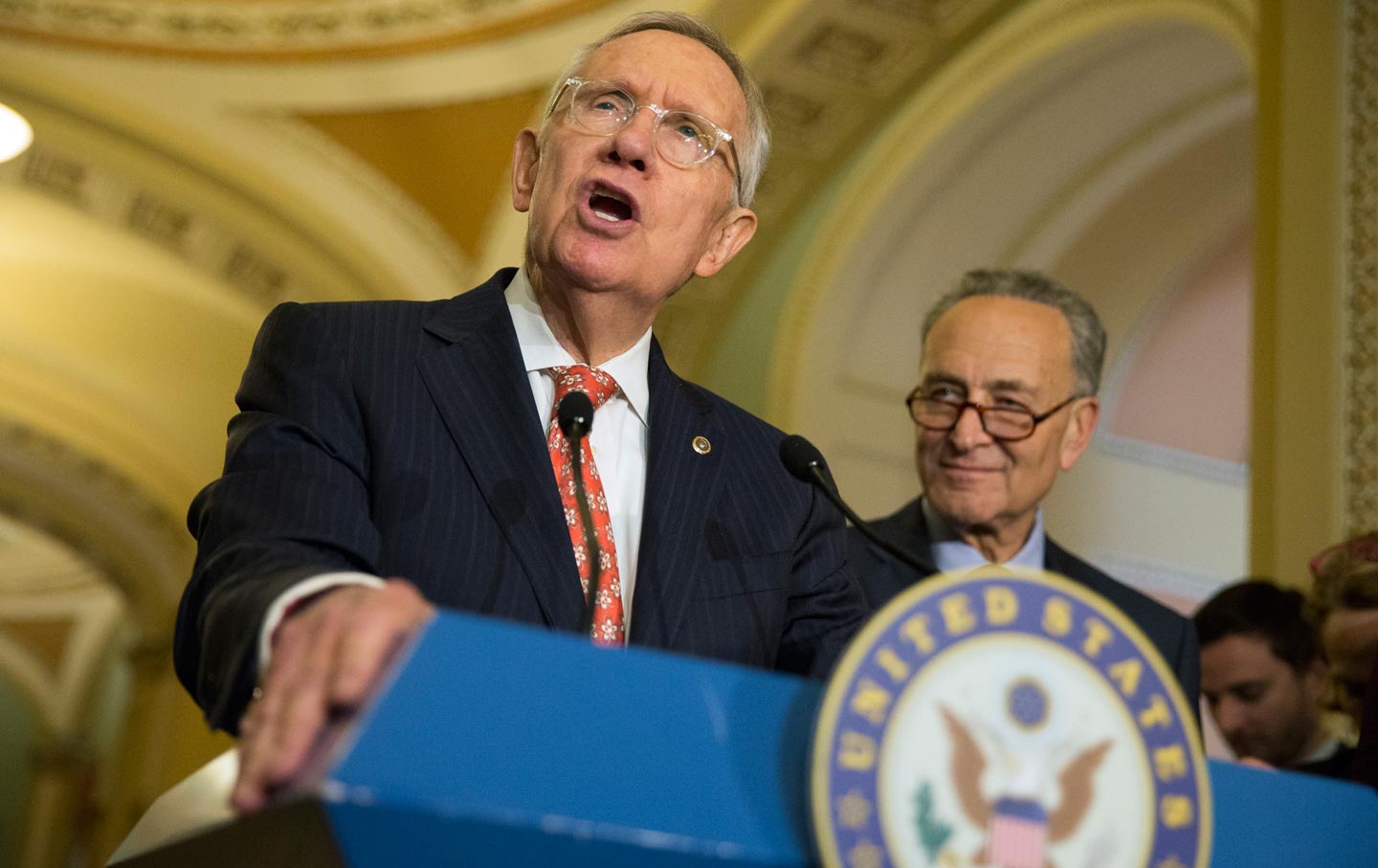 Even though it now looks like Americans will be deprived the drama of a contested Republican convention, the gathering in Cleveland could hold at least one surprise.

The Republicans are set to vote on an RNC resolution to reduce mass incarceration. The measure asks for “reforms for nonviolent offenders at the state and federal level” and urges “state legislators and Congress to…provide substance abuse treatment to addicts, emphasize work and education, and implement policies that cut costs while obtaining better outcomes.”

Finally, Democrats may say, Republicans have woken up to mass incarceration as a 21st-century civil-rights struggle, joining what has for years been a progressive fight.

Not so fast. If the Republican Party makes criminal justice reform a priority, they’ll be the first major party to do so, ever. Democrats need to catch up. Adding ending mass incarceration to their own platform would mark a significant step, boldly breaking with their past politics.

So what have the Democrats said about criminal justice?

Recent Democratic platforms haven’t merely been silent; they have actually called for policies creating more imprisonment, and then applauded the result. Mentions of progressive alternatives are hard to find.

In 1992, Democrats supported alternatives to incarceration, such as “community service and boot camps for first-time offenders.” But four years later the platform went in the opposite direction. It praised mandatory “three-strikes-you’re-out” laws, truth-in-sentencing provisions that limited earned early release, and “$8 billion in new funding to help states build new prison cells.”

At the turn of the century, the party still championed “tougher punishments” as a way to fix “an overburdened justice system that lets thugs off easy,” and applauded federal funding for “new prison cells” as a major success story (a clear nod to the 1994 Crime Bill, which paid states to increase imprisonment).

It is time for Democrats to officially commit themselves to the fight to revamp criminal justice.

More recently, in 2008 and 2012, the DNC approved language supporting “local prison-to-work programs” aimed at “making citizens safer and saving the taxpayers money,” and noting the importance of “fight[ing] inequalities in our criminal justice system.” But neither platform made any mention of sentencing reform, or reducing the number of criminal laws, even as the US incarceration rate topped the world and some states reversed course on their “tough-on-crime” policies.

This year’s Democratic presidential candidates have broken with this legacy. Both Hillary Clinton and Bernie Sanders have prominently featured prison reform in their campaigns and vocally noted that the 1994 Crime Bill, which they both supported, went too far.

Yet Democrats still lag behind. Today’s movement to end mass incarceration has largely been led by Republicans.

If the federal Sentencing Reform and Corrections Act passes Congress, advocates will have Republican Senators Mike Lee (Utah) and John Cornyn (Texas) to thank for courting support for the bill and hammering out compromises with the party’s most conservative members. At the state level, Republican Governors Rick Perry in Texas and Nathan Deal in Georgia fought for and signed laws that led to sharp reductions in the prison population. In Ohio, Governor John Kasich championed and signed legislation in 2011 to expand the use of treatment in lieu of prison.

TELL PARTY LEADERS: GET ON BOARD WITH ENDING MASS INCARCERATION

In announcing the Republican National Committee resolution to end mass incarceration, RNC member Tom Mechler claimed that “Republicans are the ones that have taken the lead on this.”

That’s no idle boast—he’s right. So where are the Democrats?

A few Democrats have stepped up to champion the cause, such as Senators Dick Durbin, Corey Booker, and Patrick Leahy. But the senior party leadership—Senator Harry Reid, Representative Nancy Pelosi, and DNC chair Debbie Wasserman Shultz—have largely been mum. Other influential party voices, including Elizabeth Warren and Chuck Schumer, have done the same.

To be sure, Democrats may still be haunted by the ghost of Willie Horton and the fear of being branded as “soft on crime.” And some may believe that stoutly maintaining a belief in “law and order” will secure votes.

But times have changed. Now Democrats can point to Republicans such as Lee, Cornyn, Perry, and Kasich. Even law enforcement supports reform. These conservative voices now give Democrats cover to come out strongly on the issue. And, in the wake of a national protests to reform policing, Clinton and Sanders have energized parts of Democratic electorate—African-American communities and white liberals alike—on the issue.

The consensus to reduce unnecessary imprisonment has arrived. But we will never see true reform until Democrats provide a solid left flank, so that compromise lands at the center, instead of to the right.

It is time for Democrats to officially commit themselves to the fight to revamp criminal justice. When they meet in Philadelphia one week after the Republicans, their platform should express unequivocal support for ending the era of mass incarceration. The Democrats should openly back trimming mandatory minimum sentences, reducing prison for nonviolent crimes, and improving community-police relations. And after all the space that previous Democratic platforms have devoted to using federal funds to build prison cells, the 2016 document should call for federal funding to decrease prison space—a “reverse Crime Bill”of sorts.

Criminal justice reform should be a simple step for a party that believes in progress, equality, and inclusion. It was the Democrats who fought for civil rights in the last century. If the Democrats do not raise their voice, history will record that it was the Republicans who led the civil-rights struggle in this one.