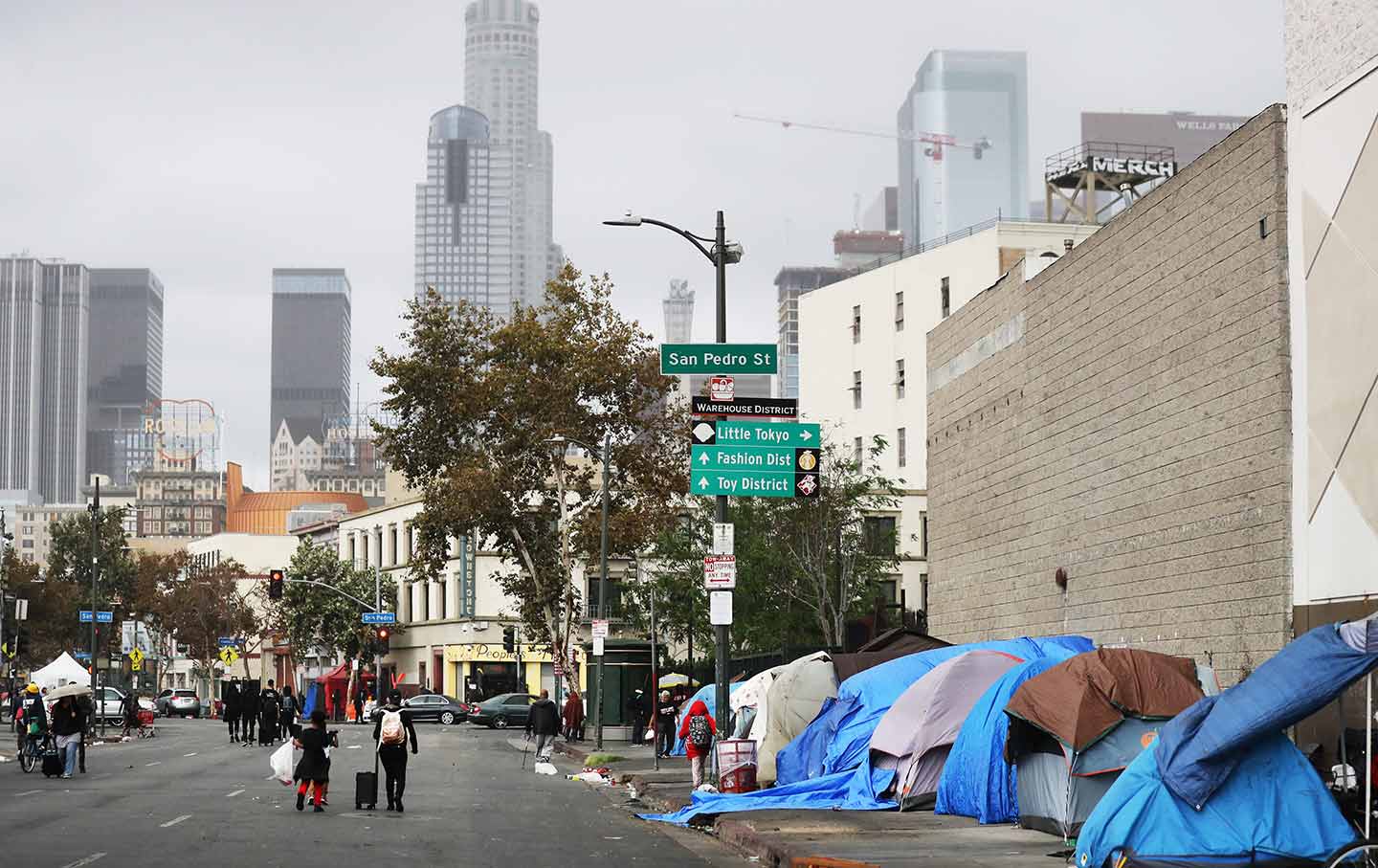 There’s an epidemic of poverty and homelessness in the United States. The statistics are as staggering as the reality is tragic.

Yet there has not been a single question about the crisis of poverty in America in any one of the five Democratic presidential candidate debates so far.

Tonight, this must change.

Over 38 million people—one in nine Americans—live below the official poverty line. One in six children live in poverty.

In reality, it’s even worse, because the poverty line is set absurdly low. In 2018, it was $12,784 for one person, $25,701 for a family of four. In other words, below the poverty line is dire poverty. You can add many thousands of dollars to either of those numbers, and it would still be impossible to survive in any of America’s major population centers.

A much greater number of Americans live in what I’ll call effective poverty. The website povertyusa.org places 93.6 million Americans (30 percent of the population) in the “close to poverty” category—that’s on top of those below the official line.

That’s 38 million in dire poverty + 93.6 “close” to poverty = 131.6 million Americans. Or 41.7 percent of the population in the richest country in the history of the world after nine years of economic recovery. Simply put, that’s not acceptable.

We need to hear how the leading candidates for the Democratic nomination intend to address this severe social crisis. We know the GOP won’t lift a finger. The “market” certainly doesn’t give a damn. Tackling poverty requires government action, which means action by the Democratic Party.

However, without putting direct pressure on the debate moderators and the Democratic National Committee (DNC), which sanctions the official debates, it seems no questions will be asked; as if the lives of almost half the American population are unworthy of consideration.

Somewhere over the course of the past few decades, never mentioning poverty became the standard practice for Democratic Party messaging. The contrast to FDR or Bobby Kennedy or Martin Luther King Jr. is stark. During the Obama years, Cornel West and Tavis Smiley organized a national Poverty Tour—in large part because President Obama rarely used the word, or acknowledged the national crisis. It’s as if because the Democrats’ political consultants are telling them that speaking about poverty is a losing electoral issue and that by remaining silent they can make the problem disappear.

Of course, as the statistics above show, their silence has had the opposite effect.

I have direct experience with confronting the DNC over its unwillingness even to acknowledge the reality of American poverty. Ten months ago, I wrote a story for The Nation about the efforts of poverty activists to launch the first-ever DNC Poverty Council. The DNC put up roadblock after roadblock. However, no one had bothered yet to go to the press. To my amazement, within a day of the Nation article’s being published, I got a call from a DNC staffer assuring me that the Poverty Council would be seated with official recognition at the next national meeting of the DNC. All credit, of course, goes to the activists who fought for over a year to set up the council, but I do think the article helped. It was an object lesson for me in the power of the pen.

So for five debates, I’ve been waiting for just one question about American poverty. There have been zero.

To their credit, Cory Booker, Bernie Sanders, and Elizabeth Warren have mentioned the word a few times, acknowledging it as a national crisis. Four other candidates have spoken the word one time each. But it’s been crickets from the moderators.

Why speak up now? Three reasons.

One, I live in Los Angeles—so I intend to head down to the debate venue on Thursday and deliver a petition with thousands of signatures, calling for there to be questions addressing the crisis of poverty in America.

Two, as you’ve no doubt heard or seen, the homelessness crisis in Southern California is something the likes of which this country has not seen since the Hoovervilles of the Great Depression. Homelessness is rampant across the entire country, but Los Angeles is truly the epicenter. Surely, Judy Woodruff and her co-moderators must acknowledge this reality during a debate held in Southern California.

Three, it’s the holiday season. While I believe the American poverty crisis should be addressed every day by every politician, I’m well aware that there’s greater acknowledgment in the media of those “less fortunate” during the holiday season—and, frankly, at this point, I’d accept any prompt that will force the question of poverty onto the national stage.

We need to hear from the Democratic Party candidates about how their policies will alleviate, and work to eliminate, the crisis of American poverty—on Thursday night, in the middle of the holiday season, right here in Southern California.