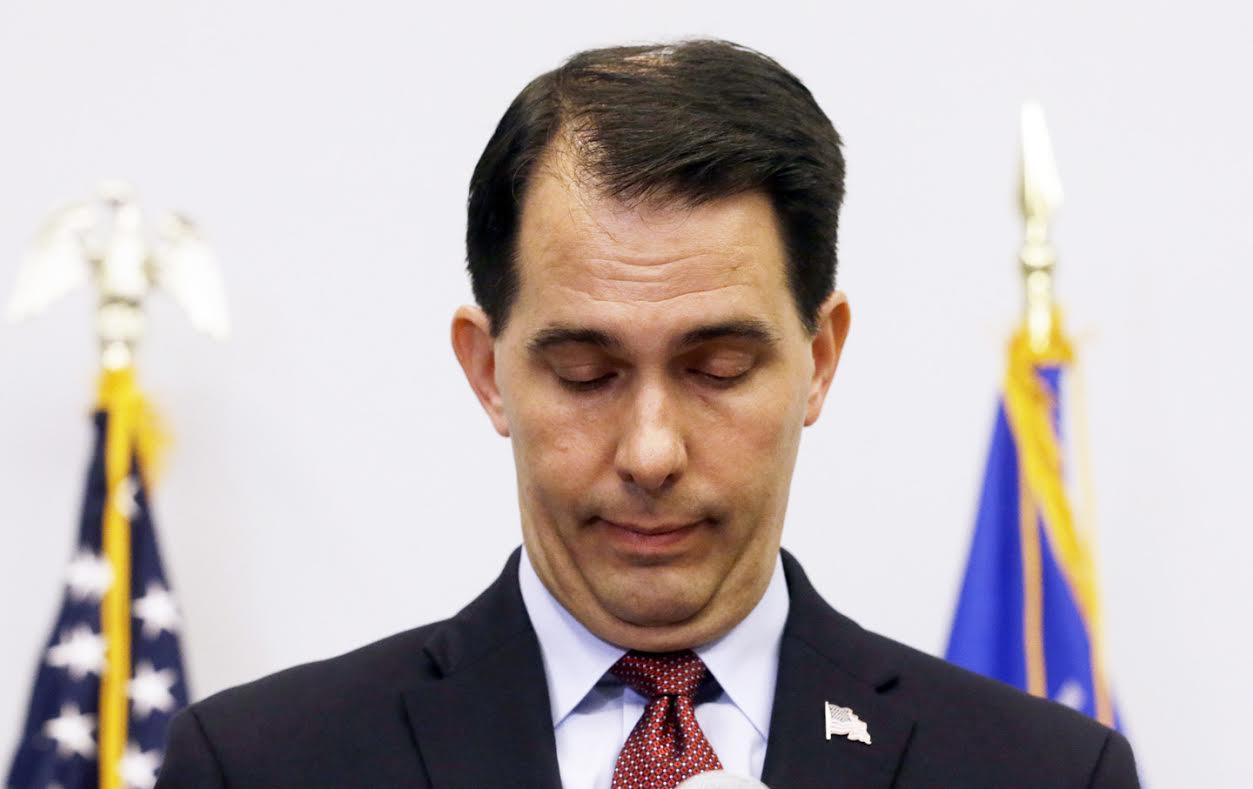 Democracy has taken very hard hits in the first days of the Trump interregnum, as Donald Trump and the mandarins of his “alternative-fact” administration have spun fantasies about “voter fraud” that clearly does not exist; obsessed about the dubious legitimacy of a president who lost the popular vote and drew a disappointing crowd for his inauguration; and attacked the free and skeptical press that provides an essential underpinning for the open discourse that sustains popular sovereignty.

But sometimes democracy wins out—in a way that could transform our politics and our governance.

Nothing has so sustained and advanced Republican dominance of the states (and of the US House of Representatives) as the gerrymandering of legislative and congressional district lines by Republican politicians who have used their overarching control of state-based redistricting processes to warp electoral competition in their favor. And few states have seen such radical gerrymandering as Scott Walker’s Wisconsin, where the governor and his allies skewed district lines so seriously that clearly contested state legislative races have become a rarity in much of a state that national elections suggest is evenly divided.

Wisconsin’s gerrymandering was so extreme that, two months ago, a federal-court panel struck down Wisconsin legislative maps as unconstitutional. Walker’s Republican state attorney general appealed immediately, setting up a fight that will eventually be resolved by a US Supreme Court that legal experts say may finally be prepared to rule on behalf of competitive elections.

“In our democracy, people have the right to hold their government accountable in fair, competitive elections.” —Senator Mark Miller

Walker and his Republican allies, desperate to maintain their unfair advantage, asked the three-judge federal panel to delay implementation of its ruling as the appeals process goes forward.

But on Friday the judges refused to delay democracy any longer.

In a decision that was hailed as a significant victory for democracy in Wisconsin and nationally, the federal panel enjoined Wisconsin officials from using existing maps in “all future elections.” At the same time, the judges ordered Walker and the state legislature to draw new legislative-district maps by November 1, 2017.

The new maps are to be used in November 2018, when Walker, the entire state assembly, and half of the state senate will be up for election.

“The decision by the federal court to require new redistricting maps by November 1, 2017 is great news for Wisconsin. Voters should always pick their elected officials instead of elected officials picking them. I hope that legislative Republicans are more competent with their second chance,” said Democratic State Senator Mark Miller, the former majority leader of the Wisconsin Senate. “In our democracy, people have the right to hold their government accountable in fair, competitive elections—I am pleased that power should finally be returned to the people of Wisconsin.”

Miller is right. While there will still be plenty of wrangling over the drawing of district lines, and while Walker and his Republican allies will keep trying to delay that process, the notion that voters have a right to cast their ballots in genuinely competitive elections is gaining traction.

“This case is an actual game-changer when it comes to undoing GOP gerrymandering nationwide.” —Carolyn Fiddler

That’s a big deal for Wisconsin. But it is also a big deal for the rest of a country where numerous states face legal battles over gerrymandering of legislative and congressional district lines. Walker acknowledges that “lawmakers and governors around the country are interested in this case regardless of party,” while Carolyn Fiddler of the Democratic Legislative Campaign Committee says that “this order presents a real chance for Wisconsin Democrats’ voices to be fairly represented in their state government. Additionally, this case is an actual game-changer when it comes to undoing GOP gerrymandering nationwide and preventing Republicans from artificially inflating their majorities via redistricting for the decade to come.”

Fiddler’s point gets to the heart of the matter. Discussions about gerrymandering involve a lot more than maps. They are about electoral competition and the makeup of legislative chambers. Fair competition, in Wisconsin and nationally, could produce dramatic change in politics and governing. For instance: In 2012 voting for state assembly seats in Wisconsin, Democrats won 174,000 more votes than Republicans. Yet, because of the gerrymandering of the assembly maps by Walker and his allies, Republicans won a 60-39 majority in the chamber.

Bill Whitford, the veteran University of Wisconsin law professor who was the lead plaintiff in the gerrymandering case brought by the Fair Elections Project, hailed the court ruling as a victory in the struggle for a renewal of representative democracy.

“Today is a good day for Wisconsin voters, and another step in the journey of ensuring that our voices are heard,” explained Whitford. “Now, we will be keeping a watchful eye on the state legislature as they draw the new maps and I ask them, for the sake of our democracy, to put partisan politics aside and the interests of all voters first.”

If the Republicans fail to put aside partisanship, they are all but certain to face another intervention by the courts in what is by any measure a high-stakes struggle.

Republicans in Wisconsin and nationally know that if Democrats were to gain a stronger foothold in the Wisconsin Assembly and Senate following a fair fight in 2018, that could position them to draw more competitive congressional-district lines following the 2020 Census. And if the US Supreme Court were to accept the premise that voters have a right to cast ballots in competitive election—rather than to waste them in districts that are drawn to give one party a permanent advantage—the American political landscape could be radically altered.

As former president Barack Obama, who has pledged to make the battle against gerrymandering a focus of his post-presidential activism, has said: “If we want a better politics, it’s not enough to just change a congressman or a senator or even a president. We have to change the system to reflect our better selves.”

The way to get that better politics is by upending gerrymandering practices that allow politicians to pick their voters, and to give the voters the power that extends from genuinely competitive elections.