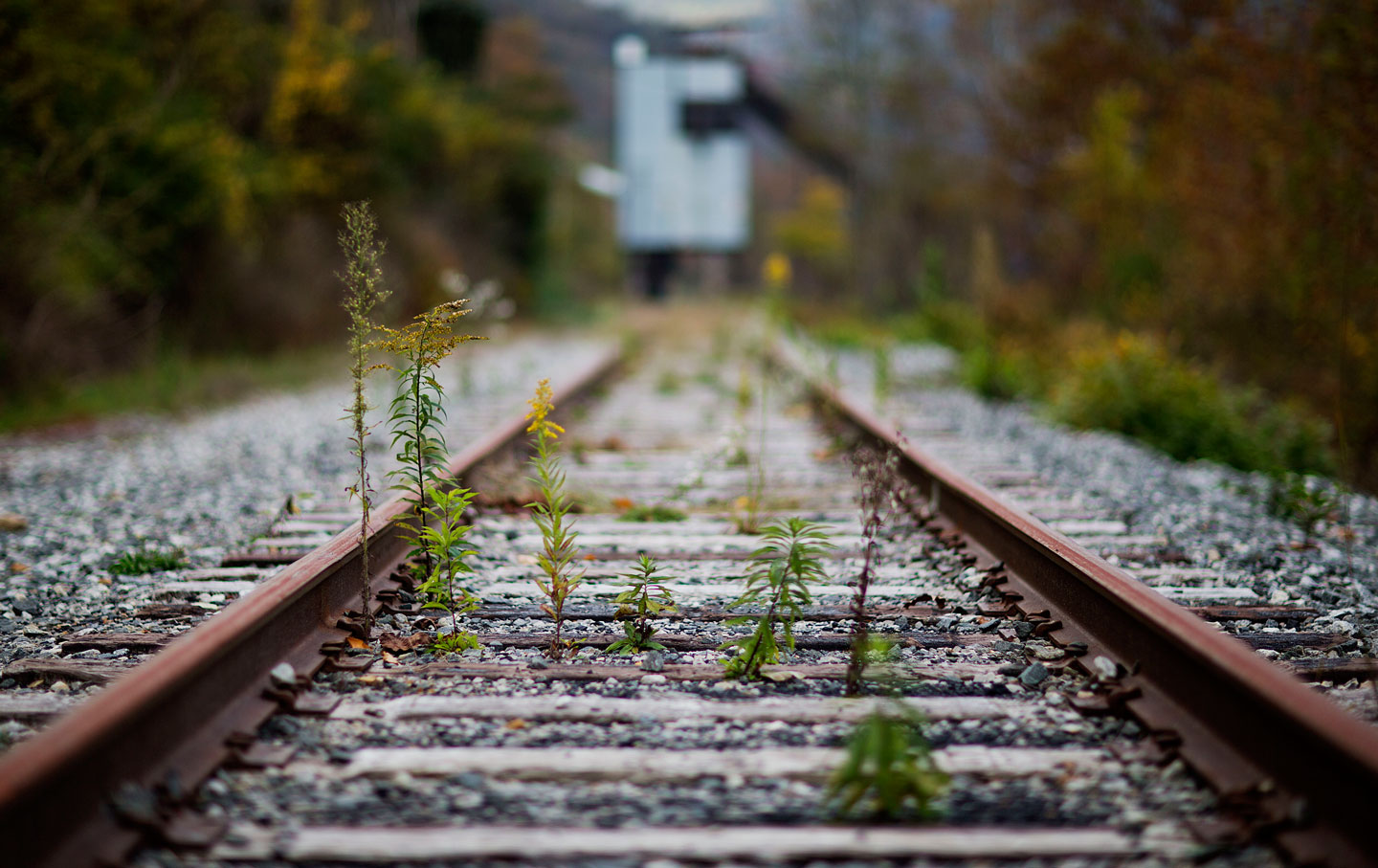 An abandoned coal mine in Kentucky. (AP Photo/David Goldman)

Obama’s new climate change plan has jangled nerves in the fossil fuels industry and kindled hope in the environmental community, but it might light an even greater spark in the heart of Coal Country.

While the White House’s Clean Power Plan (CPP) is weak in global terms (the projected 32 percent reduction in emissions from 2005 levels covers just a fraction of the UN’s recommended goal, lagging parallel carbon-cutting efforts by European governments), it is fueling excitement in the depressed towns that stand to gain or lose the most from the energy transformation. Whether old mining communities latch onto Obama’s program, however, hinges on finding new investment to reverse the doomed course that’s held their economy back for generations.

These communities have long seen King Coal as a source of good union jobs, yet the industry has also killed and sickened countless mine workers through disease, injury and poverty. Some community groups seek to revitalize the grid not by clinging to fossil fuels but rather, embracing energy transition, on their own terms.

In contrast to the industry’s doomsaying about lost jobs, the advocacy group Kentuckians For The Commonwealth (KFTC) issued a statement welcoming Obama’s plan as a regenerative force. Carl Shoupe, a former mine worker who now campaigns for localized clean energy on the Benham Power Board utility, stated, “people in Harlan County have accepted the fact that the coal jobs are not coming back” but transitioning to a post-coal power system “gives us a challenge and an opportunity to do it again through renewable energy and energy savings—ways that are good for all people.”

Obama’s climate change plan has the potential to add 360,000 jobs to the economy through 2020.

Groups like KFTC are politically dwarfed by coal’s hegemony, but they’ve cultivated grassroots energy and development projects, which could use government support to reconstruct not only the power grid, but the whole power structure of Appalachian society. In recent months, some progressive labor groups have looked to the CPP to foster new, equitable investments for workers.

According to an analysis of the CPP by Economic Policy Institute, the major components of the CPP—a combination of shifting power sources, improving efficiency, and shuttering coal-fired power plants—could “increase total jobs by about 360,000 through 2020 and it will continue to increase jobs through 2030.” Only a portion would be directly generated by the plan—starting with a net 96,000 new jobs by 2020, concentrated in building and manufacturing. Overall, related industries would yield a total of “264,000 more jobs in 2020 under the CPP.” There would be offsetting job losses in mining and electricity sectors, but also diversified job gains in fields like equipment manufacturing and energy-efficiency technology upgrades, proving an immediate industrial boost along with the longer-term transition to wind and solar.

(For context: the Keystone XL Pipeline plan the industry champions is projected to produce about 50 long-term jobs.)

The quality of those jobs, however, remains undetermined, since the implementation of the climate plan will largely be left to the states.

Jeremy Brecher of the Labor Network for Sustainability (LNFS) says via email that clean energy investments should be planned in collaboration with labor: “These are the programs that create the most jobs and at the same time are the most cost-effective way to reduce greenhouse gas emissions. Expanding these programs will require training large numbers of workers. The construction trades unions [are] very well positioned to provide that training.”

Though mainstream unions have historically been known to endorse projects that produce jobs, regardless of the environmental consequences, Brecher says unions can ensure strong labor standards in energy-transition projects, and if labor organizations “help shape, and work with the state Clean Power Plans, they are in an excellent position to provide the workforce needed for them and therefore to strengthen their positions in the energy industry.”

Another aspect of sustainability is democratic governance of collective energy resources, especially in economically marginalized communities. To shift from the coal industry’s suffocating monoculture,  cooperatives have emerged across Appalachia as a way to provide power through relatively decentralized, community-led programs. As a study by the Rosa Luxemburg Stiftung observes, co-op structures, along with locally run public utilities, may be well suited for green development and have facilitated clean energy overseas. (However, the governance of such systems has sometimes been vulnerable to co-optation or mismanagement; some rural mega-co-ops are known to behave as corruptly as mainstream utilities).

The “Renew East Kentucky” campaign has proposed to revamp an old coal-dependent grid and establish a network of wind and solar-powered electricity co-ops, combined with energy-efficiency and job training programs. This community-led development could in turn, according to a report by LNFS, foster reinvestment in “affordable housing, environmental restoration, healthcare, and other job-creating activities.”

The latest White House budget proposes the Power+ Plan to deploy $1 billion from an existing Abandoned Mine Land reclamation fund to remediate former mining sites, restore the habitat and expand non-energy sectors like agriculture, tourism, and recreation—potentially creating about 3,100 jobs nationwide. Eric Dixon of Appalachian Citizens’ Law Center, tells The Nation via email that while the country cuts coal consumption, his community risks being left behind again without major public investments:

While lawmakers worry about the future impacts of emissions cuts, Dixon noted the reclamation program stands today as “a real proposal before our legislators that could make the lives of people struggling in coalfield communities tangibly better, yet it hasn’t gained near the traction in the press that it should.”

That conservatives are so determined to thwart the administration’s modest power plan shows they’re likely not as concerned about poor coalfield families as they claim. If they had the political will, they could actually vote today to deliver the aid those families need to begin rebuilding their infrastructures—through programs that are already underway, before the White House plan is even implemented. But why would King Coal help workers’ communities find a way to live without their traditional lifeblood—when it’s more profitable just to let them die with it?