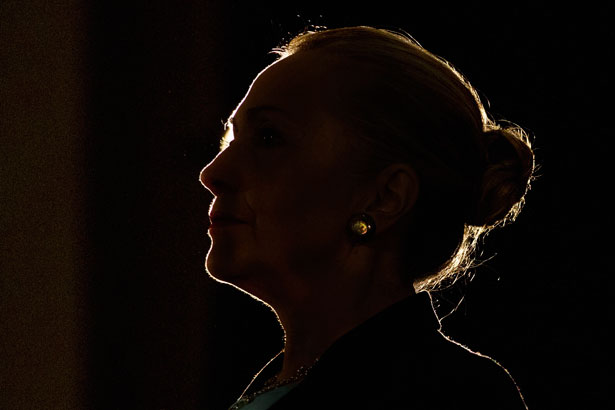 Presidential campaigns start earlier and earlier—but depressingly seem to get emptier and emptier. Already the credulous media have coronated Hillary Clinton as the inevitable Democratic Party nominee. On the Republican side, contenders seem to be tripping over one another, with a baker’s dozen or more considering a run. Nonetheless, in the wake of Mitt Romney’s aborted exploration, the GOP’s powerful donors seem to be aligning around former Florida Governor Jeb Bush, the son and brother of former presidents.

This all-too-hasty consensus that the American electorate is destined to see another Clinton-versus-Bush general election in 2016 represents all that is wrong with the big-money, big-personality politics that corrodes our democracy. In a post–Citizens United era, name recognition and established donor bases wield even more power to pre-emptively scare off potential challengers. The resulting atrophied democracy may satisfy the billionaires and CEOs seeking to buy elections, but it locks ordinary citizens out of the democratic process. On both sides of the aisle, but especially within the Democratic Party, it’s vital that the country see vigorously contested primaries.

In fact, contested primaries are good both for the presidential contenders and for the country. Most Americans have little time to pay attention to the news or to political debates in Washington. Primary battles have the potential to catch fire and engage a broader citizenry. The media broadcast many of the debates. Activists can be roused. Challengers can take advantage of free media exposure and matching funds to gain a larger hearing. The time to challenge the politics of complacency is not in the fall of 2016. It’s now.

First and foremost, contested primaries mean the difference between a bland talking-points election and one that meaningfully engages the urgent issues facing the vast majority of Americans. Income inequality is at near-record levels. Failed trade policies, deindustrialization and a war on organized labor have depressed wages. Racial and ethnic divisions, intensified by Washington’s dysfunction and inaction, have reached a boiling point in communities nationwide. Disastrous foreign-policy decisions are blowing back on America, and the same “experts” who proposed the old cold and hot wars are picking new fights. Climate change grows worse with each season. If ever there was a time when America needed a progressive vision to be articulated at the center of the political process, this is it.

Second, contested primaries create better, more accountable candidates. When a front-runner like Hillary Clinton faces serious competition, one of two things happens: that candidate is defeated, or that candidate sharpens his or her message sufficiently to move beyond “safe” politics. It is that sharpening that rallies the base and boosts turnout. The Republicans still enjoy a somewhat competitive contest for their party’s nomination; if Bush is beaten by an upstart like Scott Walker, that nominee will be positioned as an agent of change—even if it is for the worse. If Bush is nominated, he will have done so in the face of a competition that has honed his message for the fall.

Will Democrats be able to say the same of Clinton if she is the party’s default nominee? Clinton is a tested political figure with a long record, but her experience has made her instinctively cautious. That won’t do in 2016. If Clinton is nominated as a centrist unprepared to inspire disengaged voters, it is entirely possible that working and middle-class Americans will elect a right-wing president who mouths “feel-your-pain” rhetoric. But if Democrats nominate someone else, or if Democrats nominate a primary-tested Clinton who has been forced out of her comfort zone, then the prospect for a politics of meaning and inspiration becomes a lot more real. The point of every nominating race in every party should be to create an electoral dialectic: an establishment contender prone to caution faces a populist challenger or challengers, activists demand that issues be addressed, the debate is framed and focused, and the front-runner either stands or stumbles. This is what Democrats should seek.

The party does not lack for candidates who might effectively challenge Clinton. Elizabeth Warren tops the list, and the appeal of her economic populism is such that even her repeated demurrals have not stopped an ambitious “draft” campaign. Even if Warren does not run, a Bernie Sanders candidacy would force debate on economic issues, just as a Jim Webb candidacy would force debate about war and peace. Former Maryland Governor Martin O’Malley and former Massachusetts Governor Deval Patrick are two more prospects with records and ideas. And as long as Vice President Joe Biden doesn’t count himself out, we won’t either.

No matter who challenges Clinton, however, it is vital that the Democratic Party understand the value of those challenges. The Democratic Party cannot merely be a vehicle for anointing Clinton. The Democratic National Committee should get the process going by setting a firm schedule for debates—which the Republicans have already done—and making it clear that the party welcomes and encourages competition. Contested primaries would also help build party infrastructure in states like Iowa, South Carolina, North Carolina and Texas, reviving the Democrats’ fifty-state strategy, which helped Barack Obama win in 2008.

Lastly, real elections and campaigns create openings for movements and activists to drive issues into the national conversation. We have no doubt that protesters from the #BlackLivesMatter campaign will press the candidates on racial justice issues, that Dreamers will confront them on immigration reform, that the Keystone opponents who chained themselves to the White House fence will stage similarly disruptive demonstrations. But they can’t do that if there is no campaign trail and if there are no debates.

After all, contested primaries aren’t just about choosing one candidate over another at the ballot box. They are rare opportunities for citizens to debate their neighbors, and total strangers, on the issues that matter most in their lives. In a period of multiple, overlapping economic, environmental and global crises, Americans deserve an election commensurate with the scale of our nation’s challenges, and they deserve to have their voices heard.