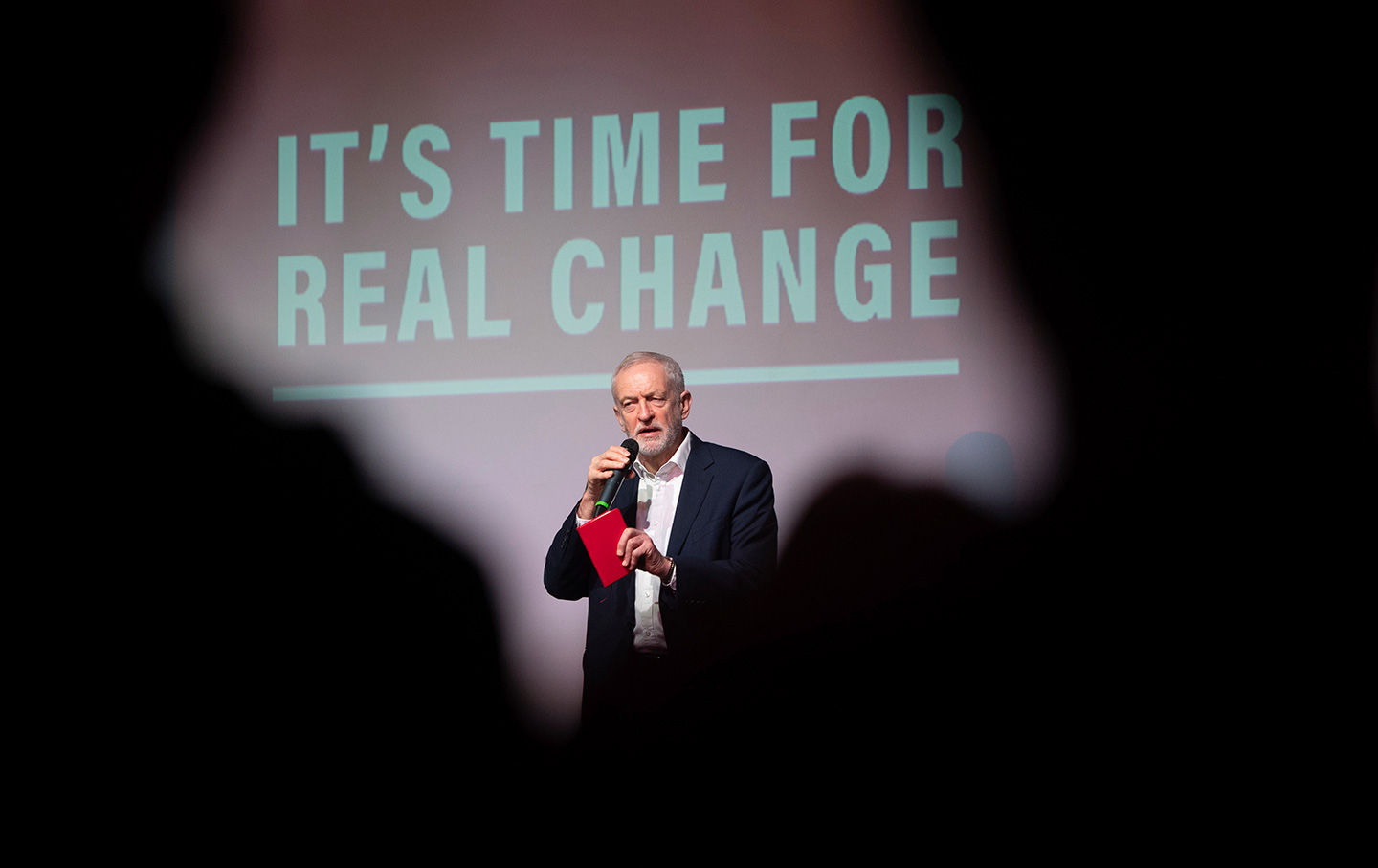 On both sides of the Atlantic, a compelling alternative to the failed conservative era has emerged. In both the United States and Britain, that alternative faces savage assaults from entrenched interests, the wealthy, and establishment pundits. And in both countries, voters will have a choice between more of the same and a bold alternative.

With the election less than a month away, the British Labour Party, led by Jeremy Corbyn, has released its election manifesto. “It’s Time for Real Change” lays out the reforms needed to move toward an “economy for the many and not the few.” The manifesto has striking parallels in substance and rhetoric to the agenda championed by Bernie Sanders and Elizabeth Warren in the US Democratic presidential primaries.

In Britain as in the United States, the conservative era has produced extreme inequality, stagnant wages, financialization, the ruin of manufacturing, decades of war, and growing immiseration of middle- and low-income families, while ignoring the climate emergency. The failure of the center has produced a populist revolt on the right, symbolized by Brexit in Britain and Trump in the United States. And in both, a progressive alternative commensurate with the size of the challenge is beginning to take form.

The Labour manifesto and the agenda laid out first by Bernie Sanders and now embraced and elaborated on by Elizabeth Warren share common themes. Both are grounded on public-investment-led growth—in stark reaction to the failed market fundamentalism embraced by all major parties over the last decades.

Like Sanders, the Labour Party manifesto commits to a Green Industrial Revolution designed to meet the climate imperative, a green industrial strategy that will move the country to clean energy and insulate homes and buildings across the country while generating a million new jobs. This is complemented by the creation of a National Transformation Fund, with regional public investment banks, to rebuild the dilapidated and increasingly dangerous sinews of the modern economy and a Social Transformation Fund to revive public services starved for funds from schools to the National Health Service.

Like Warren and Sanders, Labour’s manifesto promises to redress extreme inequality through both redistribution (progressive taxation) and predistribution (structural change to empower workers). Notably, Labour would require large corporations to distribute 1 percent of their shares each year for a decade into a worker’s trust. Workers would benefit both from the dividends and from the power of partial ownership. Labour also champions structural reform in union organizing and negotiations, moving toward sectoral bargaining like that enjoyed in Germany that dramatically increases the union bargaining power.

Labour, like Sanders and Warren, also promises to extend the social contract. In the United States, this debate focuses on Medicare for All, while Britain already enjoys universal health care, which Labour promises to strengthen. The manifesto calls for reforms that include a guaranteed living wage for all workers, free pre-K for 2-to-4-year-old children, tuition-free college or advanced training, free WIFI, and moving towards a 32-hour workweek over a decade.

Labour, like Sanders and Warren, challenges the divisive racial and nativist themes of the right, championing a comprehensive and humane immigration policy and promising to sustain free of movement with Europe even if Britain leaves the European Union.

The manifesto has some uniquely British features. It calls for nationalization of rail, mail, water, energy, and broadband—a popular reaction to the ruinous effects of ideologically driven privatization over the last decades. On Brexit, Labour basically ducks, promising to negotiate a better deal for departure with the EU and then hold another referendum to give voters the choice between that and staying.

As in the United States, Labour’s agenda has been greeted with scorn and outrage from the establishment and the scurrilous right-wing press, who fulminate about a “declaration of class war,” “Venezuela,” and “Marxist dogma” that will destroy the economy.

Critics savage Labour both for not paying for its promises and for the way it pays for its promises. As the manifesto notes, with interest rates near zero and investment needs staggering, this is the ideal time to borrow to invest in basic public services that will produce jobs and growth—from public research and development to roads and mass transit to education. Instead of merely looking at the national debt, Labour will target “public sector net worth,” balancing its assets against its debts. Beyond that, Labour pledges to raise taxes on the rich and corporations to pay for its program, while pledging no tax increases for the bottom 95 percent.

As in the United States, the proposed reforms are more popular than their champion. Not surprisingly, both Corbyn and Sanders have been idiosyncratic outliers to the conservative consensus touted by Tony Blair and Bill Clinton. Corbyn, bludgeoned by the unrelenting attacks of the right-wing British tabloids and the constant carping of the displaced Blairite establishment, now trails the Tory Boris Johnson by about 10 percentage points. In the last election, when Corbyn released a similarly bold manifesto, Labour rose dramatically, almost upsetting the then leader of the Tories, Teresa May. The hope is that this one might have a similar effect. 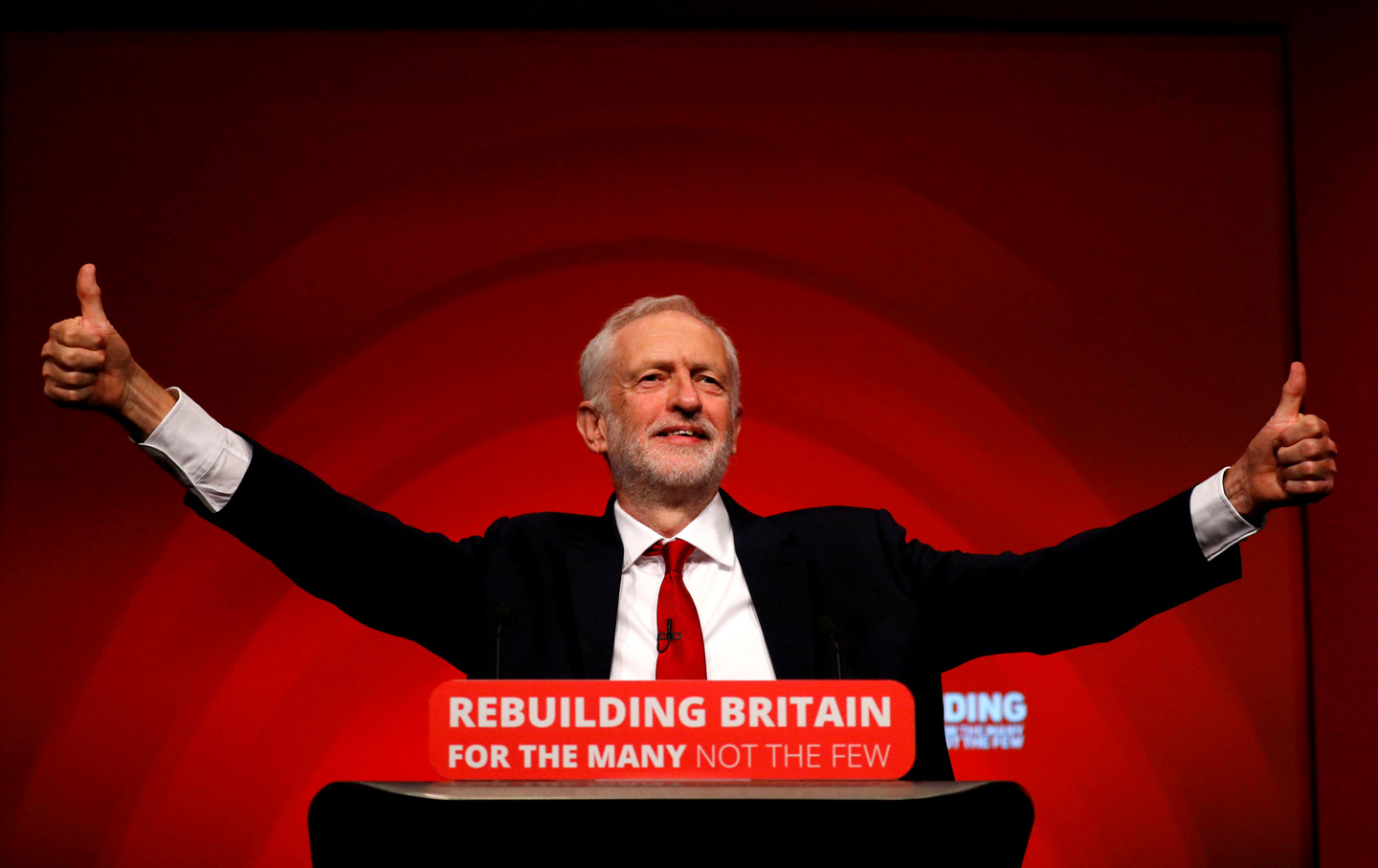 ‘We Are Not Here to Manage Capitalism’: Labour Takes a Socialist Turn

In both the United States and Britain, voters are finally being offered an alternative. Instead, as The Guardian’s Gary Younge put it, of being prodded to vote with “the threat that if [Labour] lost, things would be much worse,” the party now offers the promise that “if it wins, things could get much better.” The arrogant dictum of Margaret Thatcher—“There is no alternative”—no longer holds. For the first time in decades, voters are being presented with a real choice on both sides of the Atlantic.