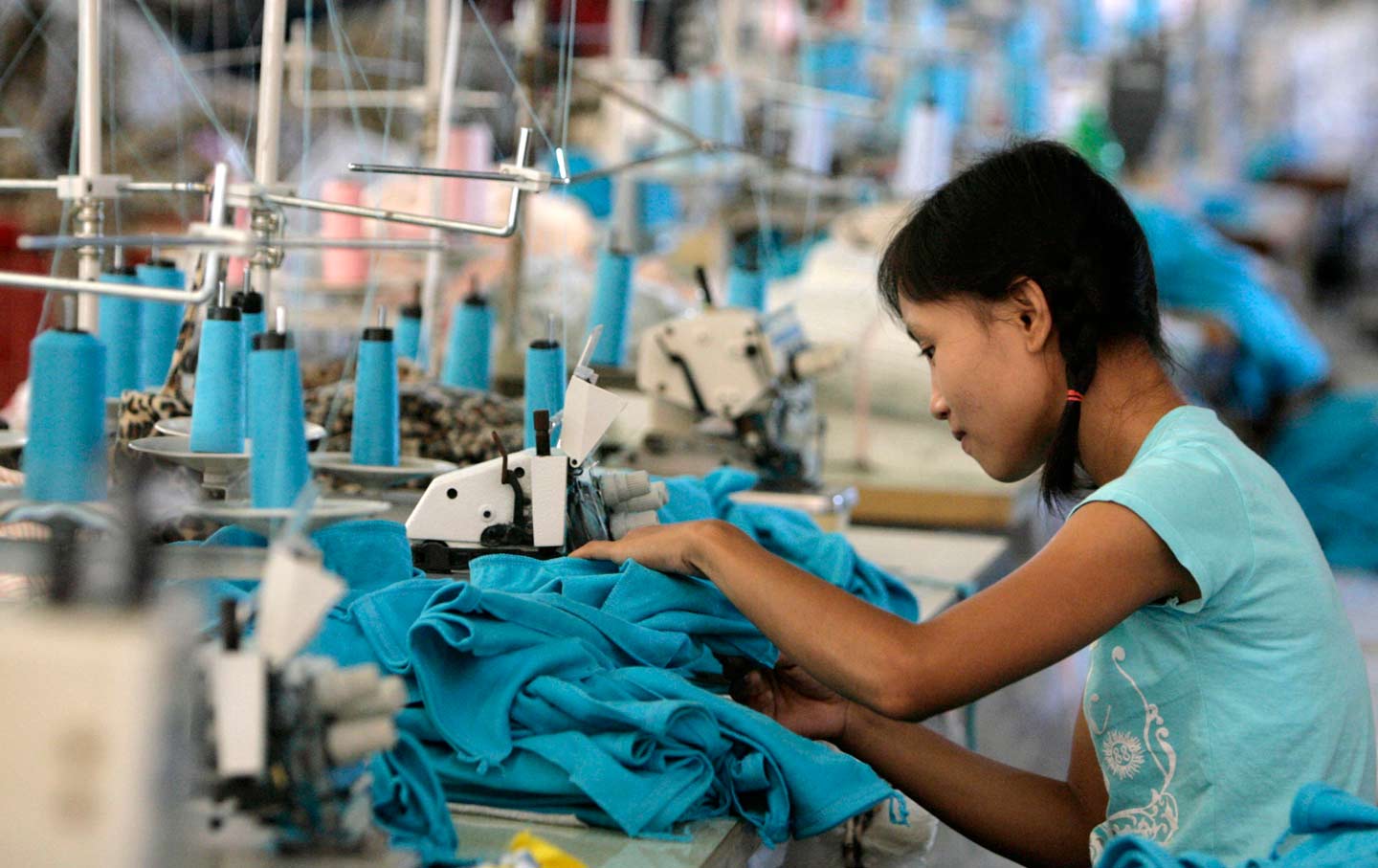 How do you shut down a sweatshop in Bangladesh from a college campus in Albany? Back in the 1990s a few wildly idealistic college students got the idea to somehow pressure their schools to change the practices of the exploitative multinational companies producing campus-branded apparel. It was an odd success, sparking a massive anti-sweatshop movement that forced many schools and other public institutions to at least incorporate the lexicon of “workers’ rights” into their commercial and subcontracting policies. But years later, politically successful rhetoric has dissolved into squishy policy programs, according to researchers with the Solidarity Research Center. Its dissection of one university system’s “sweat-free” policy reveals anemic oversight that does little to check brutal labor abuse for the sake of fashion.

The language of SUNY’s procurement policy is straightforward but vague: “contractors, subcontractors or licensees shall be required to comply with” basic standards, and certify that “apparel or sports equipment [made] using university marks was done in compliance with all applicable labor and occupational safety laws including but not limited to child labor laws, wage and hour laws and workplace safety laws.”

Through Freedom of Information Law requests, which yielded tellingly incomplete records, researchers found that the seemingly extensive anti-sweatshop policy adopted by SUNY’s Board of Trustees in 2010 has largely gone unenforced, while fair-labor standards fail to reach the factory floor.

Auditing to monitor compliance was flimsy to nonexistent. Researchers report that “the schools are not consistently collecting information about the factories where the apparel are manufactured,” and the certification procedures enable SUNY authorities to “require the name and address of subcontractors and manufacturing plants ‘if known,’ but do not require the vendor to seek out that information. This loophole allows the vendor to simply omit this information.” The seeming lack of interest on the administration’s part may reflect a lack of, or dismissal of, strong public pressure.

Under the policy, SUNY was supposed to set up a special labor-advisory panel, but this was nowhere to be found on surveyed campuses.

SUNY’s policy is rooted in state laws authorizing educational institutions and public agencies to adopt anti-sweatshop policies. But SUNY (which has not responded to a media inquiry) has resisted legislative attempts over the years to strengthen institutions’ fair-labor procurement policies, contending that its existing anti-sweatshop policy was sufficient. But the latest audit showing “no adequate procedures in place to ensure decent working conditions” suggests SUNY isn’t upholding its end of the bargain.

The sweat-free policies are much stronger on paper than in practice: “Part of the problem has to do with political will and follow-through,” says researcher Susan DuBois via e-mail. “The SUNY policy would be pretty good IF the campuses were following it, IF the advisory panel were in place and active, and IF the certification form were to require the subcontractor and manufacturing plant locations.”

SUNY’s weak certification processes represent what Anannya Bhattacharjee, international coordinator with Asia Floor Wage Alliance, describes as an ethical crisis wrapped in a labor crisis: “Voluntary monitoring…has failed thoroughly and only resulted in an $80 billion audit industry which does no one any good.” As an alternative, she proposed “a binding convention that would regulate the global supply chain,” which is the dominant form of production in the twenty-first century.”

But there was one upshot: At four campuses that had signed onto agreements with the independent labor-focused Worker Rights Consortium had established more comprehensive, enforceable policies.

Campuses that adopt WRC labor codes, according to the report, could require, for example, “the disclosure of factory names and locations for every vendor”; “requiring vendors to file a detailed ‘compliance plan’ that shows they are seriously engaged in dealing with possible common violations in their supply chain”; “ensuring SUNY participates in advocating for corrective measures when violations occur”; and “establishing the internal advisory panel.”

Researchers suggest a SUNY-wide oversight system, involving all campuses affiliated with WRC, could help streamline oversight by bringing uniform standards to each school’s vendor network. (WRC says it is “open to” this prospect.)

Considering how tightly multinational brands control product quality—dictating each stitch of a mascot toy and shade of varsity-color dye—it might seem strange that companies can’t ensure that underaged Bangladeshi teenagers don’t spend their school days sewing their logos. But the open secret of this structural blindness is the challenge that played out at the recent International Labor Organization conference in Geneva.

Asia Floor Wage representatives observed deep divides among government, civil-society and industry advocates: “Employers tried very hard to ‘nationalize’ the problem of human rights violations in the global supply chain by blaming governments for the violations,” and “repeated denial of the role and responsibility of ‘lead firms’ shows the importance of ongoing leadership by trade unions and worker organizations in the ILO’s follow-up steps.”

Labor advocates began hammering out at the conference a rough blueprint for a potential new regulatory regime, based on supranational labor standards and globally accountable enforcement.

What does this mean for the grassroots activists who set this movement in motion? SUNY’s failed anti-sweatshop policies show that even major institutional consumers like schools can only go so far to address a social crisis enveloping the world, at the community, national and transnational level: It is easier, and cheaper, to say the right thing than to do it.