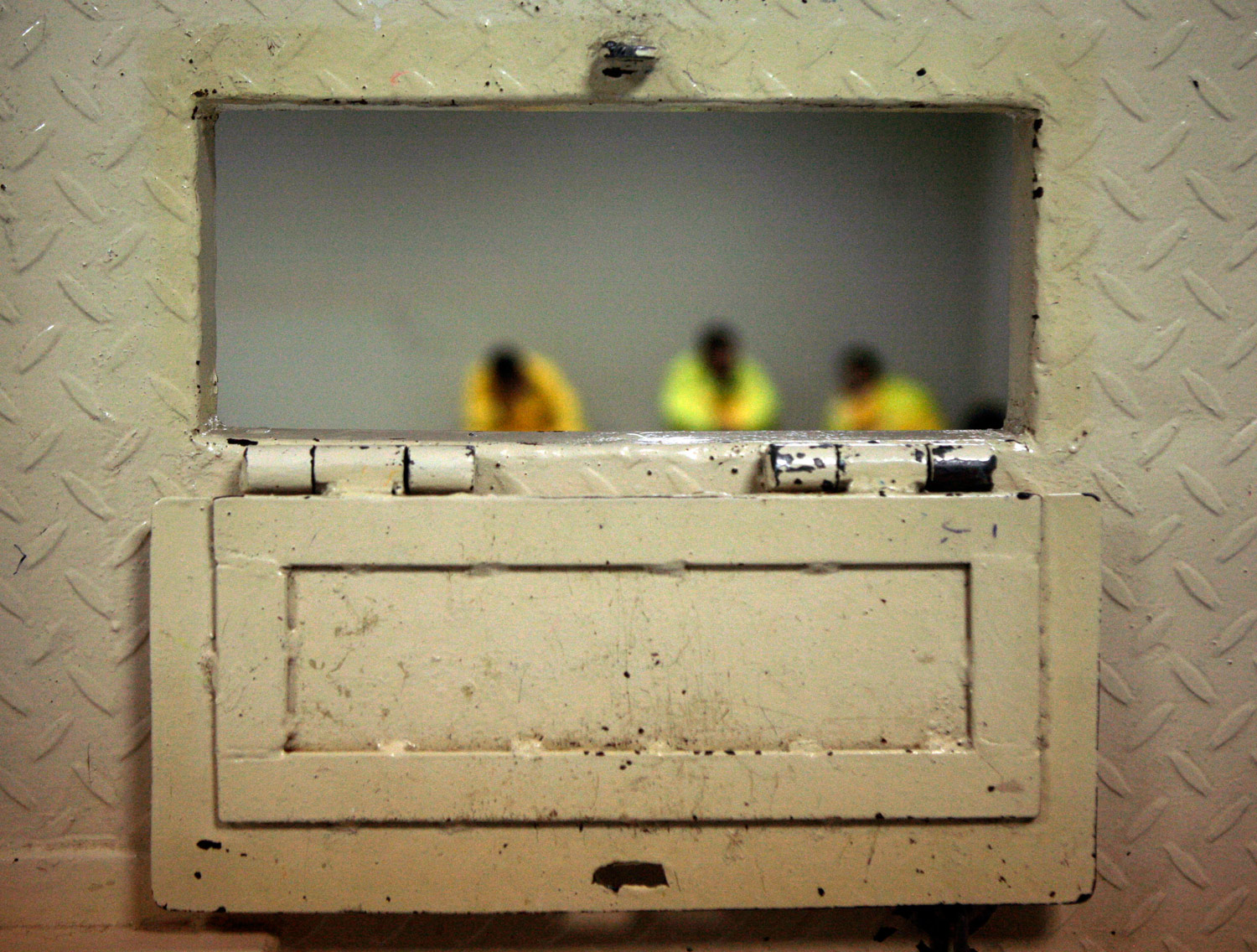 Human experimentation was a core feature of the CIA’s torture program. The experimental nature of the interrogation and detention techniques is clearly evident in the Senate Intelligence Committee’s executive summary of its investigative report, despite redactions (insisted upon by the CIA) to obfuscate the locations of these laboratories of cruel science and the identities of perpetrators.

At the helm of this human experimentation project were two psychologists hired by the CIA, James Mitchell and Bruce Jessen. They designed interrogation and detention protocols that they and others applied to people imprisoned in the agency’s secret “black sites.”

In its response to the Senate report, the CIA justified its decision to hire the duo: “We believe their expertise was so unique that we would have been derelict had we not sought them out when it became clear that CIA would be heading into the uncharted territory of the program.” Mitchell and Jessen’s qualifications did not include interrogation experience, specialized knowledge about Al Qaeda or relevant cultural or linguistic knowledge. What they had was Air Force experience in studying the effects of torture on American prisoners of war, as well as a curiosity about whether theories of “learned helplessness” derived from experiments on dogs might work on human enemies.

To implement those theories, Mitchell and Jessen oversaw or personally engaged in techniques intended to produce “debility, disorientation and dread.” Their “theory” had a particular means-ends relationship that is not well understood, as Mitchell testily explained in an interview on Vice News: “The point of the bad cop is to get the bad guy to talk to the good cop.” In other words, “enhanced interrogation techniques” (the Bush administration’s euphemism for torture) do not themselves produce useful information; rather, they produce the condition of total submission that will facilitate extraction of actionable intelligence.

Mitchell, like former CIA Director Michael Hayden and others who have defended the torture program, argues that a fundamental error in the Senate report is the elision of means (waterboarding, “rectal rehydration,” weeks or months of nakedness in total darkness and isolation, and other techniques intended to break prisoners) and ends—manufactured compliance, which, the defenders claim, enabled the collection of abundant intelligence that kept Americans safe. (That claim is amply and authoritatively contradicted in the report.)

As Americans from the Beltway to the heartland debate—again—the legality and efficacy of “enhanced interrogation,” we are reminded that “torture” has lost its stigma as morally reprehensible and criminal behavior. That was evident in the 2012 GOP presidential primary, when more than half of the candidates vowed to bring back waterboarding, and it is on full display now. On Meet the Press, for example, former Vice President Dick Cheney, who functionally topped the national security decision-making hierarchy during the Bush years, announced that he “would do it again in a minute.”

No one has been held accountable for torture, beyond a handful of prosecutions of low-level troops and contractors. Indeed, impunity has been virtually guaranteed as a result of various Faustian bargains, which include “golden shield” legal memos written by government lawyers for the CIA; ex post facto immunity for war crimes that Congress inserted in the 2006 Military Commissions Act; classification and secrecy that still shrouds the torture program, as is apparent in the Senate report’s redactions; and the “look forward, not backward” position that President Obama has maintained through every wave of public revelations since 2009. An American majority, it seems, has come to accept the legacy of torture.

Human experimentation, in contrast, has not been politically refashioned into a legitimate or justifiable enterprise. Therefore, it would behoove us to appreciate the fact that the architects and implementers of black-site torments were authorized at the highest levels of the White House and CIA to experiment on human beings. Reading the report through this lens casts a different light on questions of accountability and impunity.

The “war on terror” is not the CIA’s first venture into human experimentation. At the dawn of the Cold War, German scientists and doctors with Nazi records of human experimentation were given new identities and brought to the United States under Operation Paperclip. During the Korean War, alarmed by the shocking rapidity of American POWs’ breakdowns and indoctrination by their communist captors, the CIA began investing in mind-control research. In 1953, the CIA established the MK-ULTRA program, whose earliest phase involved hypnosis, electroshock and hallucinogenic drugs. The program evolved into experiments in psychological torture that adapted elements of Soviet and Chinese models, including longtime standing, protracted isolation, sleep deprivation and humiliation. Those lessons soon became an applied “science” in the Cold War.

During the Vietnam War, the CIA developed the Phoenix program, which combined psychological torture with brutal interrogations, human experimentation and extrajudicial executions. In 1963, the CIA produced a manual titled “Kubark Counterintelligence Interrogation” to guide agents in the art of extracting information from “resistant” sources by combining techniques to produce “debility, disorientation and dread.” Like the communists, the CIA largely eschewed tactics that violently target the body in favor of those that target the mind by systematically attacking all human senses in order to produce the desired state of compliance. The Phoenix program model was incorporated into the curriculum of the School of the Americas, and an updated version of the Kubark guide, produced in 1983 and titled “Human Resource Exploitation Manual,” was disseminated to the intelligence services of right-wing regimes in Latin America and Southeast Asia during the global “war on communism.”

In the mid-1980s, CIA practices became the subject of congressional investigations into US-supported atrocities in Central America. Both manuals became public in 1997 as a result of Freedom of Information Act litigation by The Baltimore Sun. That would have seemed like a “never again” moment.

But here we are again. This brings us back to Mitchell and Jessen. Because of their experience as trainers in the military’s Survival, Evasion, Resistance, Escape (SERE) program, after 9/11 they were contacted by high-ranking Pentagon officials and, later, by lawyers who wanted to know whether some of those SERE techniques could be reverse-engineered to get terrorism suspects to talk.

The road from abstract hypotheticals (can SERE be reverse-engineered?) to the authorized use of waterboarding and confinement boxes runs straight into the terrain of human experimentation. On April 15, 2002, Mitchell and Jessen arrived at a black site in Thailand to supervise the interrogation of Abu Zubaydah, the first “high-value detainee” captured by the CIA. By July, Mitchell proposed more coercive techniques to CIA headquarters, and many of these were approved in late July. From then until the program was dry-docked in 2008, at least thirty-eight people were subjected to psychological and physical torments, and the results were methodically documented and analyzed. That is the textbook definition of human experimentation.

My point is not to minimize the illegality of torture or the legal imperatives to pursue accountability for perpetrators. Rather, because the concept of torture has been so muddled and disputed, I suggest that accountability would be more publicly palatable if we reframed the CIA’s program as one of human experimentation. If we did so, it would be more difficult to laud or excuse perpetrators as “patriots” who “acted in good faith.” Although torture has become a Rorschach test among political elites playing to public opinion on the Sunday morning talk shows, human experimentation has no such community of advocates and apologists.