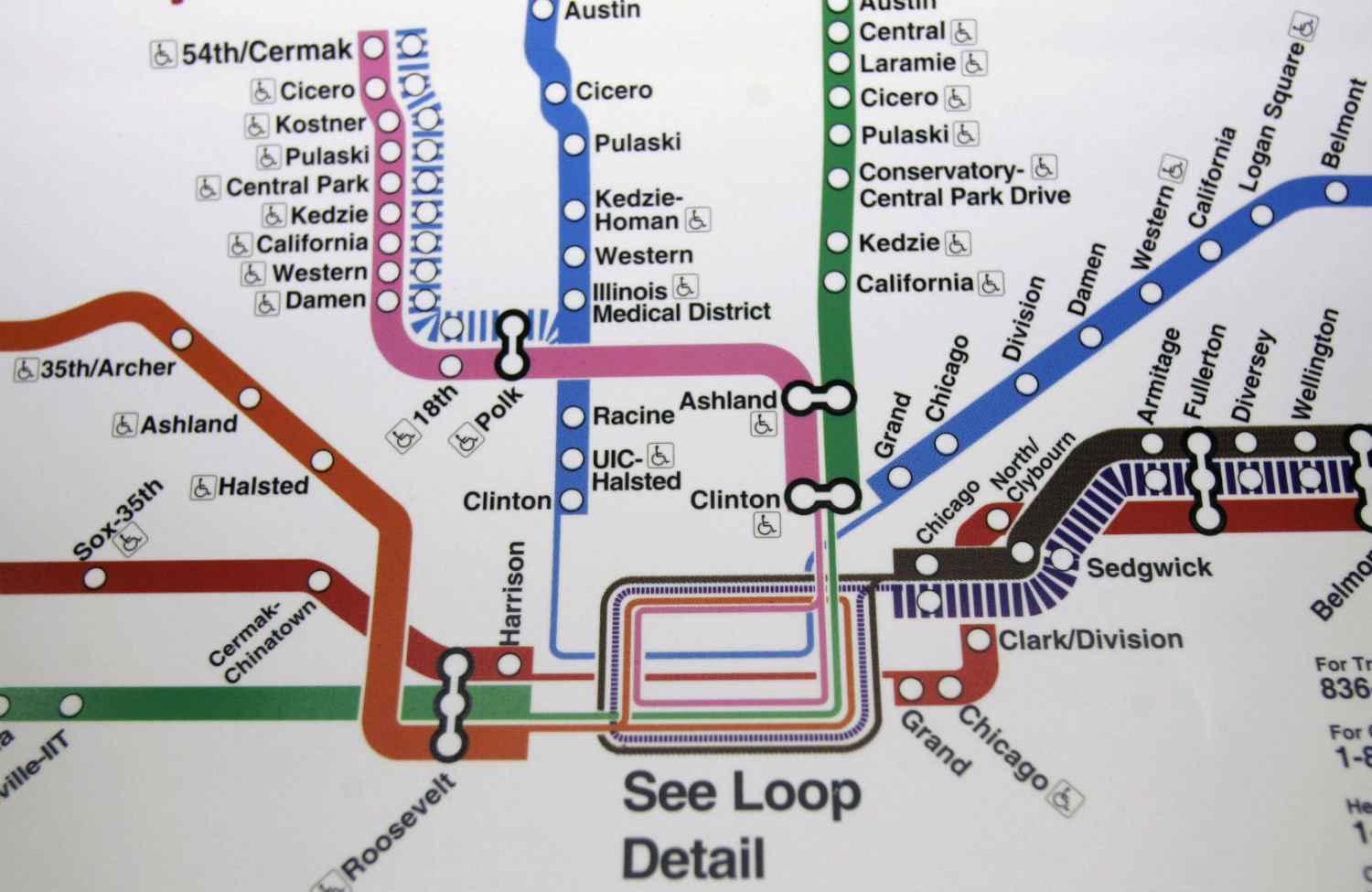 This is part one of a series on the perils of privatization. Check back soon for the next installment.

Riding the buses in Chicago has been awfully fun this busy Christmas Season. Half the time, it’s been free.

This fall, you see, after a series of delays, the city brought online a new fare payment system called “Ventra” in which customers tap “smart cards” against electronic readers at bus entrances and train station turnstiles. Only it turns out these cards are not so smart. Half the time, tap after tap after tap, the damned things don’t work, and the bus driver just exasperatedly waves you through. Although it hasn’t been as much fun for the passengers who exited the bus through the front door and discovered that, if their purses or backpacks brushed too close to the reader, they were charged twice. Or for a guy named Al Stern who became a local celebrity after receiving an e-mail on Friday, September 6, informing him he’d be receiving a Ventra card in the mail soon to replace his “Chicago Card,” which was the previous prepayment system (which worked fine). Four minutes later he got the same e-mail, then four minutes after that, then four minutes again after that, and so on and so forth all the way until the next morning. Twenty-four days later he arrived home to a pile of 91 envelopes shoved through his mail slot, each holding a Ventra card; the next day, 176 more arrived, each one, he later discovered, canceling the last. “You have to call and activate it,” he told Crain’s Chicago Business, “but I’ve been afraid to do that.”

The goofs accelerated, like Lucille Ball working at the assembly line, or Charlie Chaplin in Modern Times. At the end of November federal workers discovered they could “pay” fares by scanning their employee IDs. (“Please be advised that intentional misuse of federal credentials is prohibited,” the local EPA office wrote employees.) Other customers reported being double-, triple- or even quadruple-billed. At the end of October the Chicago Tribune reported, “CTA employees are being ‘verbally attacked daily by angry riders’ who are blaming them for problems with the new transit-fare payment system”; their union called on the Chicago Transit Authority to scrap Ventra until the bugs were worked out. The city started charging the vendor for the proliferating lost revenue, while that vendor kept promising serial “software fixes” that never seemed to do anything but introduce novel problems. At the end of November came news that when people tapped their wallets, like they used to do without problem with their old Chicago Cards, random credit or debit cards were charged. Then, last week, the “CTA: Ventra Glitches Mostly Gone But Delays Remain.” Rush-hour outages began, and some buses stopping accepting fares altogether. That came two days after the headline, ""CTA: Ventra glitches mostly gone but delays remain."

It’s been our own municipal version of the Obamacare rollout—which means everyone should pay attention. For the root problem is exactly the same. Congressman Henry Waxman argued about glitches in the ACA, “if anybody’s head should roll, it should be the contractors who didn’t live up to their contractual responsibility.” But that’s only half right. Consider the sign Harry Truman used to keep on his Oval Office desk: “The buck stops here.” The problem is not just the profusion of private contractors who do the public’s business so poorly; it’s the fact that the public’s business is being so relentlessly privatized by the government executives in charge. Slowly, the perceived imperative to privatize has become the political tail that wags the policy dog. The results are before us.

Why, indeed, was this massive change in how Chicagoans pay for their bus and train fares initiated in the first place? “What was wrong with the old system? It worked fine,” ran the first comment on the Chicago Tribune’s article on all the abuse the poor bus drivers are facing from frustrated customers. Ran the second, “I have never even heard a compelling argument as to WHY we needed a new system to begin with.”

Well, my friends, here’s your compelling argument: under the old system, rich investors didn’t get a piece of the action. Under this one, they most decidedly do.

The contract to replace Chicago’s fare payment system was awarded to the publicly traded corporation Cubic in 2011 by the previous mayor, Richard M. Daley, for $454 million, and implemented with alacrity by the current mayor Rahm Emanuel. I’ll have much more to say about this company and its many dubious works in the next part of this series. For now, consider this. In a separate part of the project, Chicagoans are offered the following opportunity, as advertised on the back of their Ventra cards: “Go beyond transit. Call or go online to activate your Money Network® MasterCard® Prepaid Debit Account and use your Ventra Card for purchases, direct deposit, bill pay, and at ATMs.” This is how the City of Chicago intended to turn its millions of captive citizens over to the commercial banking industry: hoovering spare change from the pockets of Chicago’s marginal communities into corporate America’s overstuffed coffers.

Chicagoans who choose to turn bus cards into bank cards will be socked with hidden fees: $1.50 every time they withdraw cash using your bus-card-cum-bank-card from an ATM,$2.95 every time they add money using a personal credit card. Two dollars for every phone call with a service representative (or, oops, each “Operator Assisted Telephone Inquiry”). Two bucks for a paper copy of their account. An “account research fee” of $10 an hour.

At which point, learning about all that, they might cry, Help! Let me out of this “deal”! Well, that’ll cost them $6—a “balance refund fee.”

Now, turning your bus card into a bank card is optional—a program supposedly intended to help Chicago’s underbanked poor. I liked this observation, however, from a Tribune article last March: “It may be a tough sell, some experts said. Many low-income individuals are cash-centric in their spending habits because they are wise to the way of credit-card charges.” But not to fear, if you’re a Master of the Universe investing in one of the participating multinational banking concerns—Mastercard, First Data, or MetaBank—backing the play. Even though Chicago’s impoverished might not make ready marks for the scam, Chicagoans who don’t choose the banking option will suffer hidden charges. There is, for instance, a $7 “dormancy” fee if you don’t use your transit card for eighteen months, with another $5 charge tacked on for every dormant month after that.

Note that I said hidden fees. How hidden? Well, the only reasons Chicagoans learned about them was that the Chicago Tribune pored through over 1,000 pages of legal boilerplate (for more on how impossibly complex user contracts rip off consumers generally see my reporting here) and discovered them.

The reporters at the local CBS affiliate, meanwhile, reported that First Data got an “F” rating from the Better Business Bureau, with ninety-seven complaints filed against it over the past three years. MetaBank was recently ordered to pay $5.2 million by federal regulators for another public/private hustle, a now-discontinued program of issuing debit cards funded by tax refund loans at interest rates between 120 and 650 percent with a fee of $2.50 per $20 loaned.

The Trib noted, “Neither the CTA nor Cubic…nor MasterCard; nor MetaBank; nor First Data, which will issue the prepaid debit accounts, have disclosed the extra charges or how consumers can avoid them.” The city promised, though, that a “CTA public education campaign on all aspects of the Ventra card, including the fees, will start soon.” I must have missed it. Another fee which all transit users will have to bend over backward to dodge is the $5 it costs to get a transit card in the first place. That $5 is supposed to be refunded if you register your card online or by phone. I didn’t learn about that until I began researching this piece, though I was unable to make the site work on my decrepit old computer. Then they decided to waive the $5 fee, but only if you buy your card via phone or online, not at vending machines—which sort of compounds the insult against less-savvy customers or those with decrepit computers, doesn’t it?

Now, you might think poorer Chicagoans without even decrepit old computers should be able to hobble along paying for their fares like they always have, in cash. But single-ride tickets are going to be $3, instead of the normal $2.25—with what the CTA calls a seventy-five-cent “convenience fee” tacked on.

Chicagoans, these are the business partners your city has chosen. And this is the man in charge of protecting you from them: Forest Claypool, president of the Chicago Transit Authority. Some protector. Claypool wrote that “the ‘convenience fee’ covers the cost of producing the disposable tickets and is ‘entirely avoidable to any and every customer’ so long as they purchase and register Ventra cards.’” But as I noted above, poor people tend to use cash because they don’t trust cards—reasonably enough. But the black-hearted bureaucrat “bristled at the characterization by many critics that cash-payers are being penalized…’There is no $3 cash fare,’ he said. ‘The $3 is if a person chooses a disposable, one-ride ticket. It has nothing to do with cash.’ ”

The editors of Crain’s Chicago Business, no Bolsheviks they, disagree with his blithe assessment. They say “the embedded fees could prey upon the least financially savvy among us, those for whom a $5 charge here and a $7 fee there add up to real money… They rely on people’s ignorance to take in money. And that’s not the kind of business our public servants ought to be in.”

So, so naïve, Crain’s Chicago Business. That’s precisely the business our public servants want to be in—“public” servants like Mayor Emanuel. As Chicago anti-privatization activist Tom Tresser explained to me last summer, “We have a massive global movement of capital which, because they’ve burned their own fucking houses down through their own greed, don’t have the gilt returns that they’re used to receiving…. So the new guaranteed annual returns that big business and big capital are looking for is our assets.”

Next time, I’ll focus on the particular big business behind the fare collection system in Chicago—and in Sydney, Vancouver and London, too. I guarantee it will be eye-opening.