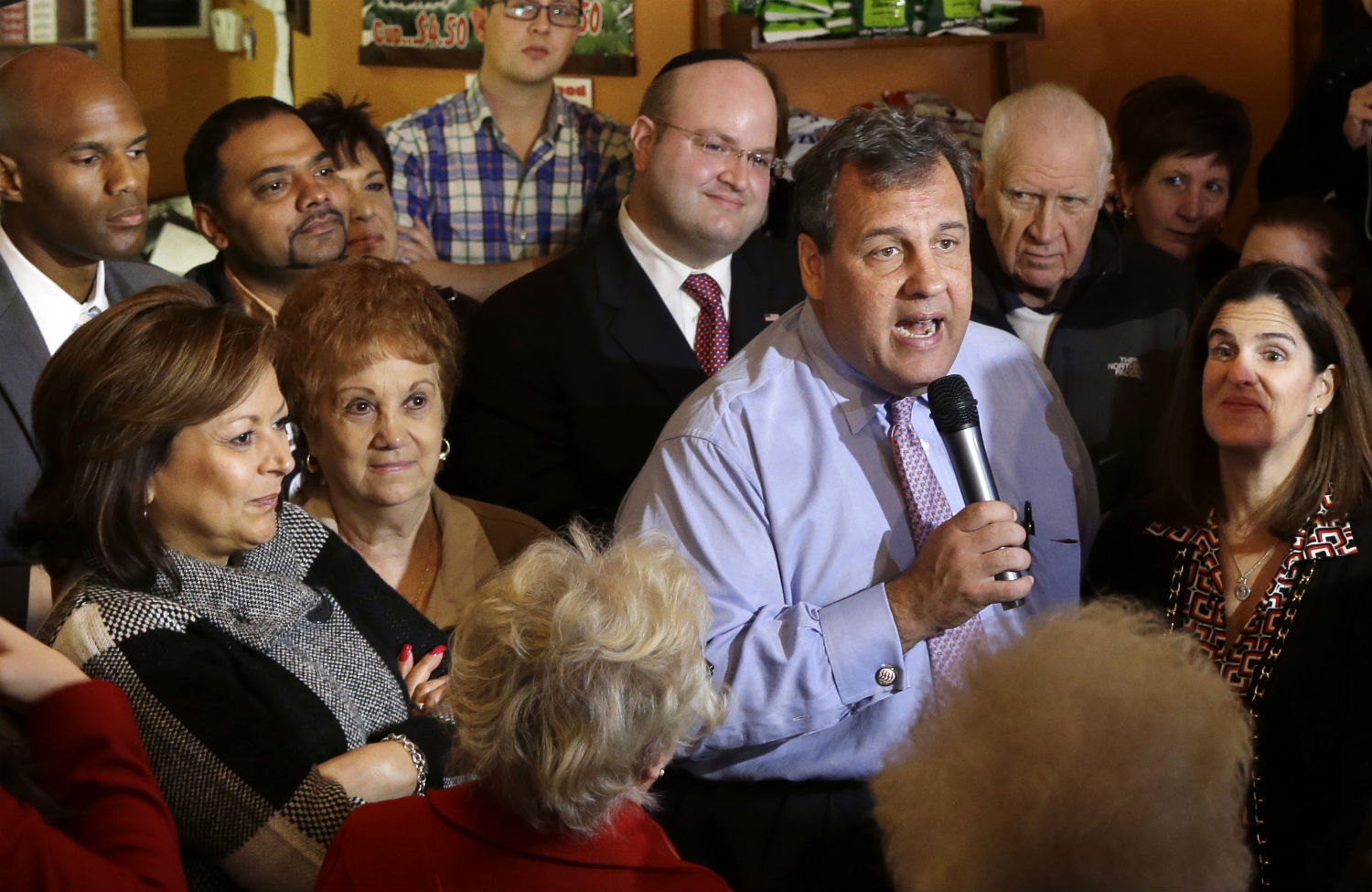 It’s just one sign, among many others, that the Republican establishment is figuring out that it needs Hispanic voters on its side if it has a prayer of winning the 2016 presidential election: Governor Chris Christie of New Jersey is heading to New Mexico to campaign for Susana Martínez, the governor of New Mexico. Christie, who heads the Republican Governors Association (RGA), will spend some time in the state with Martínez, who is well positioned for reelection in a Democratic-trending state.

According to the Santa Fe New Mexican, former vice president Dick Cheney will also be stomping around the state to campaign with Martínez. And the paper adds that Martínez, “seen as a possible pick for vice president in 2016,” will be auditioning with other possible GOP 2016 standard-bearers, too:

In late 2013, of course, Christie and Martínez—both establishment-minded GOP governors in blue states—were often mentioned together as possible 2016 running mates. The Atlantic, noting that Martine had campaigned with Christie in 2013 during his re-election effort, headlined its piece in November: “Chris Christie-Susana Martinez: Is This Your 2016 Republican Ticket?” And the San Antonio Express-News headlined: “Christie-Martínez could be strong 2016 ticket,” adding:

Is it possible that the winning ticket for Republicans in 2016 was on display during the New Jersey gubernatorial campaign? The pairing has a nice ring to it: Christie-Martínez.

That was before Bridgegate, of course. And Republicans who want to curry favor with Hispanic voters nationally are facing a very, very steep uphill climb. Any idea that simply nominating a Hispanic woman is enough to corral lots of Hispanic votes ignores the fact that on substance the Republicans have alienated immigrants by their refusal to move forward on reform—not to mention reactionary Republican views on issues that matter to Hispanics, such as healthcare reform, job creation, the minimum wage and a host of other issues. Plus, this week President Obama reached out to San Antonio to pick its mayor to lead the US Department of Housing and Urban Development.

It is, of course, the second time a Democratic president did exactly that: picked the mayor of San Antonio to run HUD. (In the 1990s, President Clinton picked Henry Cisneros, who’d been San Antonio’s mayor from 1981 to 1989, for the job.) Obama is calling on Julián Castro—the current mayor, who also has Cisneros’ backing—and he’s already being talked about as a possible running mate for Hillary Clinton in 2016. According to The New York Times, Castro is dropping plenty of hints that he might want the job: “Whatever happens in the next two years to eight years, I’ll have time,” says Castro. Adds the Times:

Few prominent Hispanic Democrats are positioned to be considered for vice president in 2016, but several Republicans are thought to be prospects for their party’s next ticket, including Senators Ted Cruz of Texas and Marco Rubio of Florida and Gov. Susana Martinez of New Mexico.… Given how crucial Hispanics’ votes were in Mr. Obama’s two victories, some Democrats believe that former Secretary of State Hillary Rodham Clinton, should she run and win the nomination, would be wise to pick a Hispanic running mate.

Back in April, in a profile of Castro and his twin brother, Joaquin Castro, the congressman from San Antonio, the Times reported: “The 39-year-old brothers seem to be everywhere these days.” Asked whether he might be a good fit for a VP nomination in 2016, Julián Castro said then: “Call me in 2016.”

The Republican establishment—now busy beating back the Tea Party far right while, simultaneously, trying to keep them on the reservation for the fall elections in 2014—gets the Hispanic vote issue. Last February, Grover Norquist, the zealous crusader against taxation who straddles the gap between Tea Party and establishment, and Tom Donohue, the president of the US Chamber of Commerce, sounded clarion calls for some sort of immigration reform, in order to persuade Hispanic voters and others that the GOP isn’t the enemy of immigrants and their families.

Forty percent of our Fortune 500 companies are run by either immigrants or the sons or daughters of immigrants, so immigration brings a lot of talent, a lot of opportunity. … It’s what makes the United States dynamic versus the rest of the world. … The reason we’re the future and China isn’t is [because] we do immigration and have a growing population and a more vibrant one. [There’s] a lot of whining that goes on during this process, but we watched fifty years ago and 100 years ago when our parents showed up, or got whined at, and now we’re whining about the new guys. But in point of fact, I think that we’ll see some sort of reform because we need to do something.

Immigrants do not typically compete with Americans for jobs, and, in fact, create more jobs through entrepreneurship, economic activity, and tax revenues.… Immigrants serve as a complement to US-born workers and can help fill labor shortages across the skill spectrum and in key sectors.

The trend is clearly running against the GOP, however, and in any case (despite modest efforts by Speaker of the House John Boehner to move things forward), the Republicans in Congress shot down any chance for immigration reform this year. In Texas, demographic trends and hard-core organizing by groups like Battleground Texas are trying to push Texas into the Democratic column. In a New York Times piece describing the group’s efforts, which have accelerated to support Democrat Wendy Davis’ run for governor, it’s clear that bringing the Lone Star state’s Hispanics into the mix is critical:

Central to [their] goal will be persuading the more than two million Hispanics who are eligible to vote but did not in 2012. In 2010, about one million voting-age Hispanics cast ballots for a turnout rate of about 23 percent, compared with about 44 percent among white voters.

That was the message, too, from the Center for American Progress, which released a study earlier this year about the changing demographics of the Hispanic vote and its growth in traditionally Republican states such as Texas and Arizona.