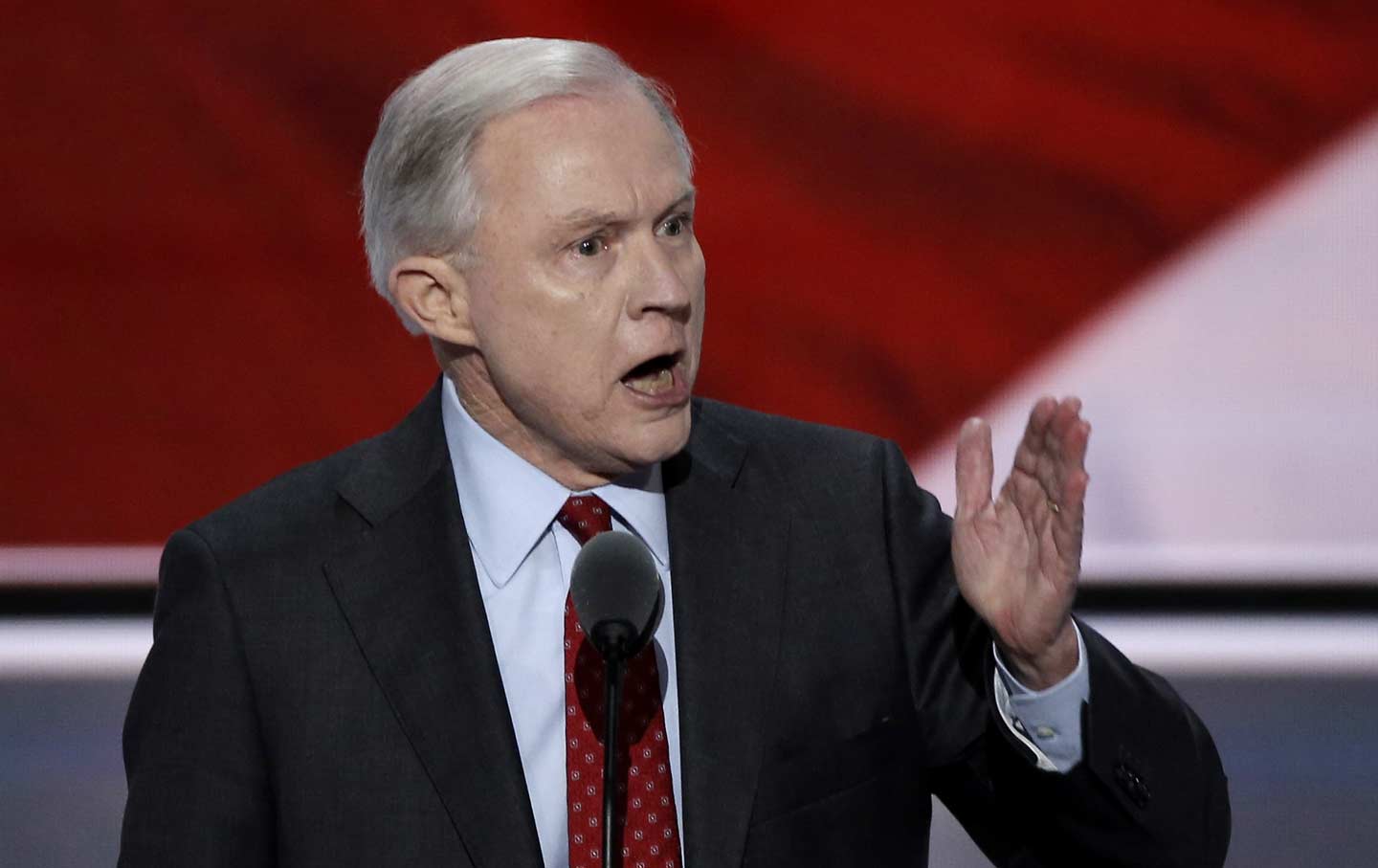 Today marks the beginning of confirmation hearings for Senator Jeff Sessions, Donald Trump’s pick for attorney general. Sessions’s hearing is crammed into the same day and week as a number of other Trump nominees, making scrutiny of his record and mobilization against his appointment more difficult. As Joan Walsh reported last week, Republicans have made sure Sessions’s hearing will be particularly rushed, as they are only allowing four witnesses over the course of two days.

This lack of accountability would be disturbing for any nominee, but is particularly so for one who has built a career attacking civil rights and, as Ari Berman writes, has extreme and outdated views on crime, racial justice, and voting rights. He was already rejected for a federal judgeship in 1986 after testimony about his prosecution of voting=rights workers and racist comments, including that he thought the KKK was “okay until [he] found out they smoked pot.”

Although an uphill battle, we can block the appointment of Sessions if Democrats stick together and convince at least two Republicans to join them. For that to happen, every member of the Senate needs to feel pressure from their constituents. Use our online call tool to call your senators’ offices and demand that they reject Jeff Sessions.

The Nation has been reporting regularly on Sessions’s deplorable record since he was nominated. Here’s a sampling of our work: