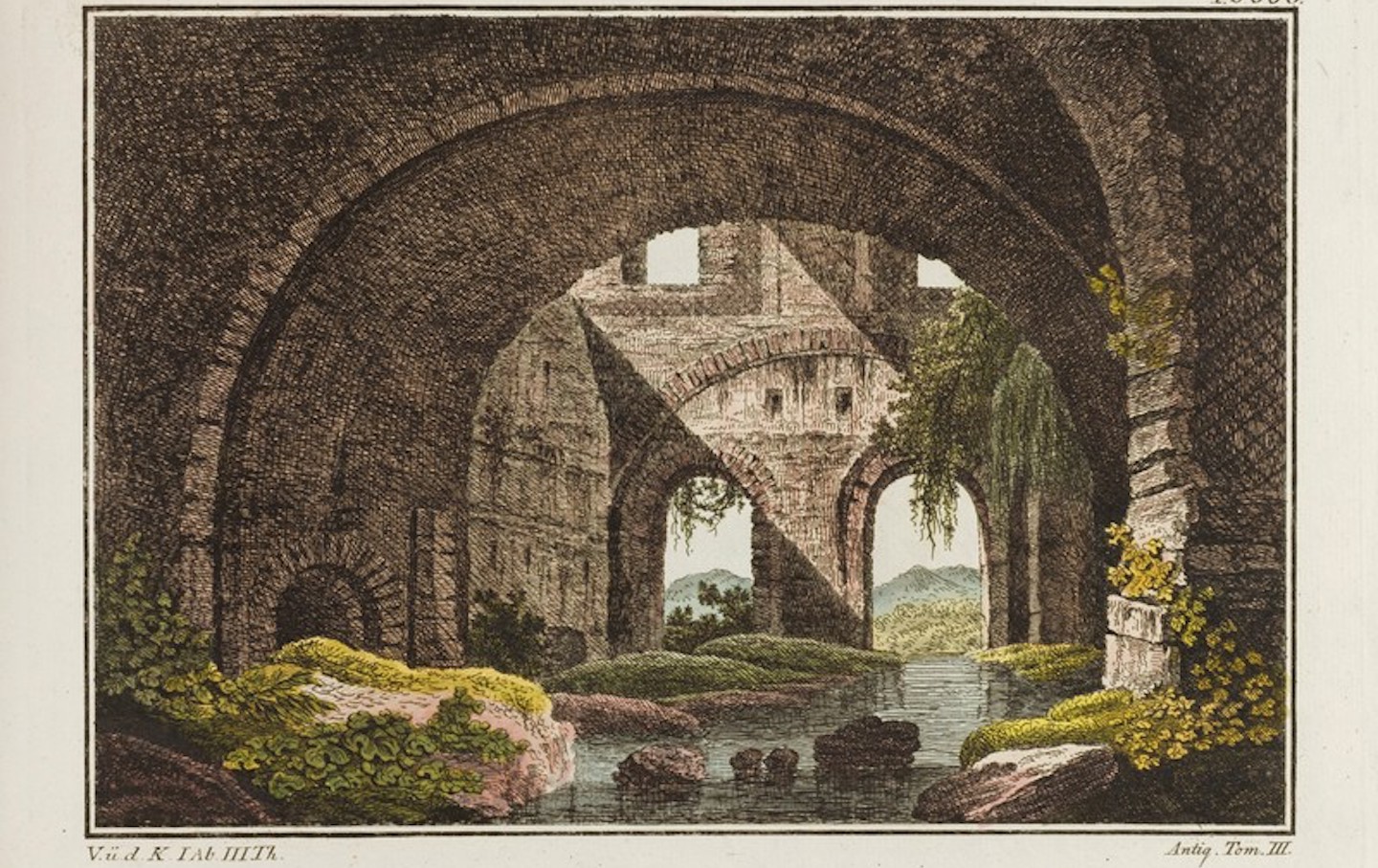 Find Me, André Aciman’s sequel to his 2007 novel Call Me by Your Name, begins with an older man anxiously addressing the stranger seated next to him on a train to Rome. Her mind is clearly elsewhere, yet he can’t resist venturing a question even as he doubts his motives for speaking. He worries about offending or misreading her—she’s young and attractive, perhaps used to being imposed on and therefore wary of it—but his hesitancy is soon overtaken by the desire to make a good impression, to hold her attention when it slips. He’s a bit fussy, self-conscious about his image, anachronistic in his impulses and sensitivities. (He laments the ubiquity of cell phones as early as page seven.) But against the odds, these new acquaintances find good company in each other. Things escalate quickly, and when their train reaches its station, both are eager to extend the encounter.

In these ways the man might resemble his creator, struggling to keep hold of the young audience won by Luca Guadagnino’s lush and lauded 2017 film adaptation of CMBYN. Publicity materials and the literary press heralded Find Me as one of the season’s most anticipated novels, teasing a return to CMBYN’s European dreamscape and a possible reunion for its star-crossed (gay!) lovers. In light of this enthusiasm, it’s easy to sympathize with Aciman; the hype must be daunting. And yet one can’t help but feel that, like the man in the train car who punctures its silence, the author brought this challenge on himself.

CMBYN could easily have been left to stand on its own. Aciman’s original novel charted 17-year-old Elio’s tortured but vividly realized passion for Oliver, a young scholar in residence at Elio’s parents’ summer home on the Italian Riviera sometime in the mid-1980s. Guadagnino’s adaptation dialed down Elio’s self-loathing and turned the fantasy up to 11. His film compelled a seismic, collective swoon over the fleeting affair between Elio (Timothée Chalamet) and Oliver (Armie Hammer), played out against a gauzy backdrop of orchards, villas, and classical statuary. Neither version ends with a cliffhanger: The novel’s final 20 pages jump forward into the pair’s adulthoods—years Find Me will flesh out—and the film’s credits roll over what have become some of the most famous tears in the history of the medium. At any rate, Guadagnino was prepared to keep the franchise’s motor running with or without another novel over which to drape a film sequel.

Find Me’s opening traveler turns out to be Samuel, Elio’s father, off to deliver a reading and visit his son in Rome. In CMBYN Samuel endears himself to the reader by angelically accepting his son’s same-sex desires; Find Me reintroduces him 10 years later as a single man with desires of his own, divorced from Elio’s mother and adrift in a changing world. (Recall the intrusive cell phones.) The woman on the train, Miranda—like Samuel, born in the United States—soon reveals herself to be the belated love of his life. She makes him feel young again and fully recognized for the first time. He meets her father; she meets his son; they have meticulously narrated sex in a hotel room; they almost get tattoos. By day two, they’ve resolved to start a family of their own, and their existing families approve without reservation.

After Elio-Oliver shippers have been duly disabused of their hopes of being pandered to, Aciman gives in and pivots to Elio’s perspective in the book’s second section. Five years after his stint in Rome and unhappily settled in Paris, he meets a charming older man, Michel, during a concert intermission. Michel confides in Elio about his (also saintly) father and (also underdrawn) mother; Elio reciprocates; they have euphemistically narrated sex in an apartment, then a country home; they briefly pursue a mystery about a Jewish composer killed in the Holocaust. By week four, Elio has resolved to track down Oliver, who may still be the love of his life, and Michel approves without conflict. By now, you’ve likely guessed where this is headed. A third section turns to Oliver, and a fourth quickly wraps things up. The title phrase echoes neatly throughout.

I’ve been delaying, but it must be said: The book is bad. Its prose runs purple, with baroque clichés about love, regret, and time’s passage failing to compensate for a dearth of revelation about any of these themes. About midway through reading it, I realized that my most exasperated notes for this review simply rediscovered basic tenets of realist fiction, like “Show, don’t tell.” For instance, instead of using dialogue to nudge characters toward self-interrogation, Aciman mostly prefers to have them report predigested insights to each other, like students eager to prove that they’ve completed their therapeutic homework. The resulting psychology is inevitably facile. In a representative volley, Samuel muses, “Perhaps going about one’s daily life with all its paltry joys and sorrows is the surest way of keeping true life at bay,” to which Miranda replies, “I just hope there is more than the day-to-day stuff. But I never found it, perhaps because finding it scares me.” It strains credibility that both characters experience this banter as precious, honest, and rare.

The prose might be forgiven if it were a vehicle for more compelling characters. Unfortunately, the book’s leading men are logorrheic narcissists. They discuss themselves interminably but without personality or verve. Most of the details we learn about their lives are delivered in long and unnatural autobiographical monologues. The strange impulse to, say, anatomize one’s childhood for a relative stranger is meant to impress upon us the depth of their budding intimacies. Reading such conversations can instead feel like listening to animatronic dolls installed next to one another at EPCOT’s Italy Pavilion, voicing recorded scripts on loop.

A Queer Underground Novel Finally Gets Its Due

What happened here? Though CMBYN is burdened by the same continental pretensions as Find Me, the younger Elio is appealingly self-critical, on guard against his own “operatic sentimentalism” and the “unavoidably mawkish, histrionic character” of his fantasies. As is necessary in most fiction, CMBYN’s protagonist doubts himself, has experiences, and is changed by them. His long introspective passages captivate because they reproduce a mind in turmoil, wrestling with its judgments and inclinations. The dialogue is comparatively sparse and oblique but well choreographed. I trusted its author enough to relax in his hands.

By contrast, my main impression reading Find Me was of haste, a perfunctory book by someone who might never have bothered to write it if not for a new fandom brought by the movie. But we can’t blame speed alone. Many enduring novels have been dashed off in flights of inspiration—including CMBYN, which was drafted (by Aciman’s telling) in a mere four months while he was supposed to be writing a different book. More revealing is how that earlier writing process evidently made Aciman feel: playful and impulsive, as befits a low-stakes reprieve from a more dutifully pursued main project. Find Me seems to have become that dutiful project, from which the reader in turn may crave reprieve.

At the risk of sounding gratuitously ungenerous, I suspect that some more fundamental aspects of the CMBYN franchise predisposed Find Me to its failures. Most obvious is the relentless classicism of its universe: Samuel is a philologist and historian of Greco-Roman antiquity; Oliver teaches pre-Socratic philosophy; Elio is a pianist but deeply read in a family canon that appears almost exclusively European. Their cultural world is improbably, anachronistically coherent. What critic D.A. Miller called CMBYN’s “mesh of self-reference” is torn only by housekeepers, gardeners, and waitstaff, who in the first novel are openly mocked for their crassness and their poor English.

Find Me can seem more self-conscious than its predecessor about the class coding of its references. When Samuel pulls some strings to get Miranda access to Villa Albani’s private art collection, for example, a passing local complains that none of his family members have ever been allowed in. But it can also be shallower in its deployment of high culture’s proper nouns, reducing Praxiteles and Liszt to decor for an exclusive milieu. (“‘Miranda,’ I said, as we stopped by the tiny Tempietto of San Pietro in Montorio and I held her as we looked at Bramante’s masterpiece. ‘Is any of this real?’” It is, but don’t bother Googling, as neither the tiny Tempietto of San Pietro in Montorio nor Bramante is mentioned again.)

Rather than reflect on the changing social function of Elio’s cultural patrimony, Aciman skirts it; the presumed integrity of this matrix is, of course, the point. It furnishes the novel with a symbolic vocabulary for the persistence of the past into the present, and it provides Elio with something like a sexual identity without the trouble of sexual community. Who needs gay friends when you’ve got C.P. Cavafy and Alexander the Great? The AIDS crisis and institutionalized homophobia never impinge on Elio’s experience of the 1980s and ’90s, but these displacements don’t just put the book’s politics in question. They drain Find Me of social texture, as though Aciman had insulated his characters from contemporary reality by wrapping them in plastic.

In both novels, the bubble of classicism mutes the world beyond it. Find Me further wards off conflict with an artificially consoling vision of love. The mirroring logic of the first novel’s titular bit—“Call me by your name and I’ll call you by mine”—is revived in both of the sequel’s couples. Samuel confesses that in his youth he’d been waiting for “someone who knew me inside out, who was me in you,” and in Miranda his wish is magically granted. All the protagonists (except Michel, bless him) get a self-completing partner in whom to find themselves perfectly reflected. The desire to make love a haven from strife is common but anesthetizing and in this case fatal. It evacuates Find Me of drama, as satiation stands in for plot. Samuel and Miranda fall quickly in love and stay that way; Michel can’t challenge Oliver’s inviolable claim on Elio and meekly lets him leave; no contingencies impede the book’s ponderous movement toward a conclusion too certain to be satisfying.

Real people, when we take them seriously, never consent to resemble us fully. The frictions of interpersonal life don’t compromise our relationships but give them meaning; that the gap of desire never closes is precisely what makes it desire. It’s possible to fall for a stranger without denying her strangeness or to commit to a lover without taking his name. Even straight people know all that now, or so I gather from other novelists. But in the years of his maturation, Elio might have learned such lessons from the very forms of queer community—the nonce intimacies of cruising, gay bars, political meetings, and so on—that CMBYN and Find Me avoid. Queer history will survive this effacement, just as Aciman’s classicism does no real harm to anyone outside its gilded circle. It’s the novels that suffer for their exclusions.